An introductory thread highlighting countless fans’ love and appreciation for the three Original Trilogy films in their unaltered theatrical release form - and the importance of preserving them for future generations the world over to experience and enjoy. To also spotlight the tremendous collective effort and talent that went into making these three iconic and ground-breaking movies - some of which have been removed and replaced; unseen for many years (unless viewed on obsolete media formats)…

Highlighting Lucasfilm’s reluctance to even discuss or address the issue of preserving and releasing the unaltered theatrical classic cuts of the OT since their substandard DVD ‘bonus disc’ release in 2006 - which was riddled with various quality issues, even when taking into consideration the source used… was an already 13-year old 1993 master meant for a laserdisc release.

Calling attention to the continuing changes made to the three films over the years, as well as the conflicting reasons given for the making continuing alterations to the Original Trilogy. And also chronicling the blurring of the Original Trilogy’s actual history in film… with later revisions, retcons, and some obfuscation…

• Disney+ Should Offer the Star Wars Original Cuts—All of Them - doubleofive’s article for Wired. #ReleaseTheOriginalTrilogy

^ A quality and comprehensive article on why the films are important to the people who grew up with them, why they wish to have the option to experience them as they originally were released - as well as preserving important and cultural film history for everyone to experience. A reminder that the various ‘Special Edition’ versions are NOT the award-winning, iconic, landmark & ground-breaking original version of the films. And highlights just why we are here - some of us for many years, and some just taking our first steps…

#ReleaseTheOriginalTrilogy • What We Want And How To Make It - a sequel piece by doubleofive to the above Wired article.

• Our open letter to Disney and Lucasfilm & Dear Disney (in 2017; for the 40th Anniversary - Disney & Lucasfilm did not respond)

• An OriginalTrilogy.com Timeline | a history of the site | the why & how it came to be…

• I thought the goal of this site was to get the original versions of The Star Wars Trilogy Episodes 4, 5, and 6 on DVD and blu-ray

The unaltered theatrical version of the Original Trilogy which stood for 20 years, which underpins the entire Galaxy Far Far Away, remaining much-loved and often requested… and yet according to George Lucas… “no longer exist”.

So if you come across an insightful, informative, quality article, or piece of information - or have some thoughts, stories or ideas yourself that you’d like to talk about or share in the above threads - then please post them up… 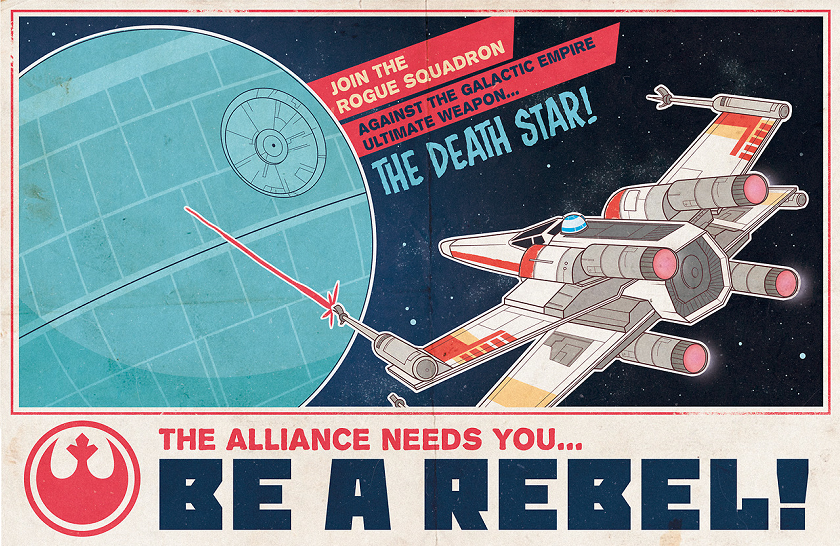 The quality ‘Be A Rebel’ poster above is by the very talented Vitor Camacho - more of his work can be found here at his Behance page.