If only the original, original trilogy is “Star Wars”, what else does feel most Star Wars to you? It can be other movies in the series or not, and it doesn’t have to be your favorite SW thing (for example a worse game can have a better SW feeling than TLJ but you can enjoy the film more). I also don’t mean any objects, like a toy or a lightsaber, but something that tells a story in one way or another. It can be even one picture. Only what captures most just the feeling for you. Canon or EU, if you’re in to those definitions. Name your top 5 or 10 or whatever. Could be fun to see, maybe we can learn what do people expect from any SW material.

X-Wing game series (X-Wing, TIE Fighter, X-Wing vs. TIE Fighter, X-Wing Alliance)
Knights of the Old Republic game
Al Williamson’s comics
Ralph McQuarrie’s artwork
and I’d like to say one of the Jedi Knight game sequels but it’s been a long time since I played them…

Zahn’s first five books and the X-wing and KOTOR videogames.

And Boorman’s Excalibur and Mass Effect 1.

I’m tempted to say The New Jedi Order, because I always think of that when people mention the franchise, but that feels so un-Star Wars and I love it for that.

The most Star Warsy thing I can think of, aside from the movies themselves would probably be a musty paperback of, oh, I don’t know, Shadows of the Empire or some other EU novel that isn’t far removed from the events of the films.

EDIT: Woooow, I really just did NOT read this thread at all beyond the title before posting. Well, I think that’s enough OT.com for tonight. 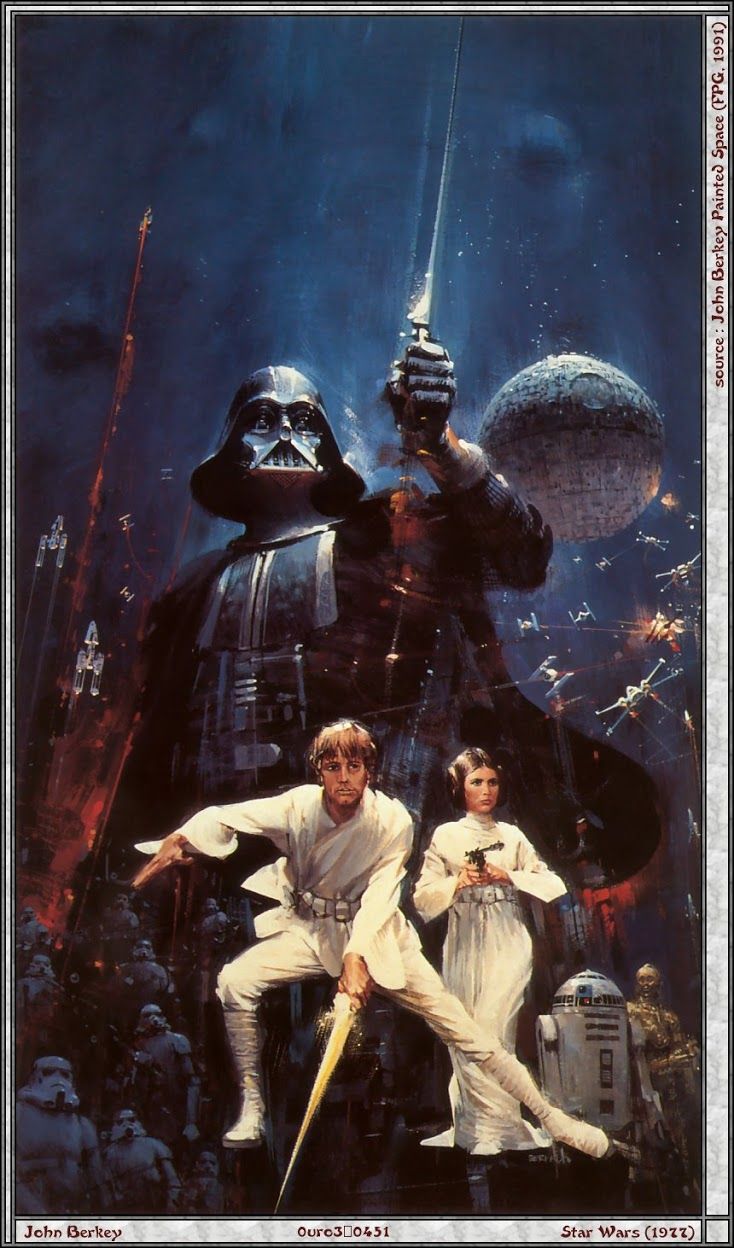 The original Flash Gordon serials (Obi-wan is Hans Zarkov, Anakin’s wife is Dale Arden).
The hyper-detailed machinery of Akira, Ghost in the Shell, and Magnetic Rose (This is what I imagine the wreckage of the Empire would look like)

Despite their weirdness and ‘deviation’ from what would become established SW tropes and lore, I still think the original Marvel SW comics from 1977-1986 (especially the Goodwin/Infantino ones) feel like SW. The lightsaber colours may be wrong, and Star Destroyers have “warp-speed”, but the narratives and the characters felt like they belonged in the SW universe.

Despite not liking TPM, I do think it feels like a SW movie. I often joke that about TPM saying that out of the three PT films it does have the redeeming feature of being a bad SW movie. AOTC and ROTS, barely, if at all, feel like SW to me.

It’s honestly hard to recapture the old feelings I have towards things like KOTOR, Dark Forces 2 and the TIE Fighter series. It’s been so long and unlike movies I can dip into any time they don’t age the same way. It’s that kind of stuff which fits the bill in my memory, but I haven’t touched it all for years.

Hmm, things that really stood out to me over the years as feeling very distinctly “Star Warsian” in that they capture that same feeling I get from the OOT would include:

Dark Forces II: Jedi Knight video game (this might be one of the most “Star Wars” things outside the films for me)

Jedi Knight 2: Jedi Outcast video game (this one captured the OT “look” better than almost anything but the story isn’t as good as the previous entry)

Star Wars Battlefront video game (the one on the PS4. It had major issues at launch but once they updated it to allow more single player options it has been pretty awesome)

Heir to the Empire novel trilogy

JEDIT:
I didn’t read much of the Dark Horse comic run in the 90’s (another thing I’ve been seriously thinking about delving into) but Dave Dorman’s artwork in the mid 90’s (much of which was for comic and novel covers) is absolutely deserving to be on this list. I have a big softcover coffe table book of his Star Wars art and it is amazing!