Hopefully a flashback or vision - maybe a holocron…? Force Ghosts should surely be reserved for Sebastian Shaw 😉

I do hope the story and script gives Hayden Christensen a good chance to shine and have a quality / compelling performance in this.

Quality amending of the thread to also serve as a discussion for the coming Ahsoka series, jedi_bendu. 👍

A massive ‘hello there’ to all the recently signed-up new members - it is really pleasing to see so many fans of the Original Trilogy joining our community. 👍 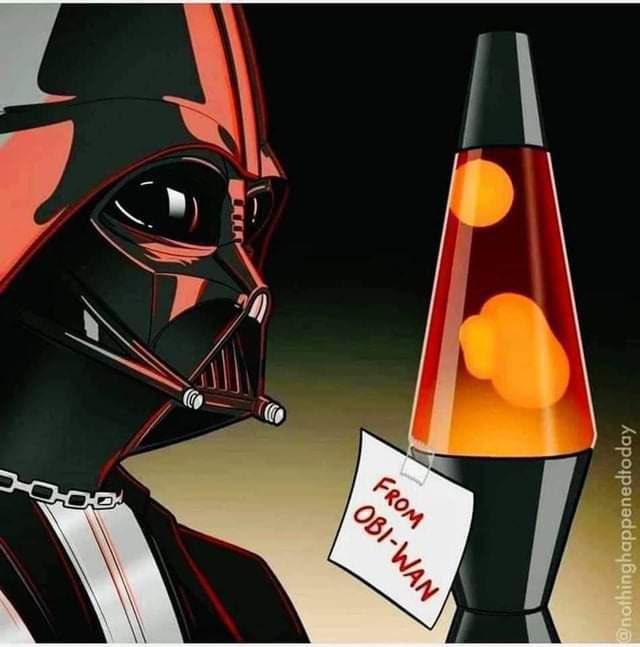 Here are the posters

^ this guy was quality too, and like another certain franchise… could do with more appearances from K9. 😉

Looney Tunes were a staple for many kids in the UK back in the 70’s and 80’s. Where childrens’ tv had next-to-no budget… so endless repeats of everything were the norm. And yet that just didn’t matter - it was just so fun to watch over and over again with a big silly smile on your face. Saturday mornings and holidays especially so. 😃

Seems the special has been confirmed as being ‘Under the Helmet: The Legacy of Boba Fett’.

Very much looking forward to it - available from Friday 12th November… 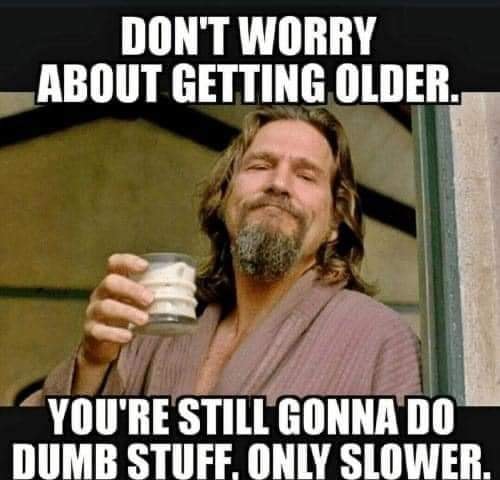 Can we please move on from such dreary topics?

If people wish to talk about such topics, they can. That’s what we’re here for.

If you find the topic ‘dreary’ feel free to post in the many other threads you consider not be feature ‘dreary’ topics. 👍

Everyone, you only need to ask once if a project is available and that you are interested in it - some patience is required after that.

I have found a Fan Edit / Preservation Project I am interested in - but don’t know how to get / acquire / download it?

Please give the above thread a good read through, and take the time to look around and learn how this place works - and doesn’t - before posting.

Ugh. Another Lego Star Wars game only for Apple Arcade subscription service is announced (it is $4.99 per month to play on)…

'StarWars•com is thrilled to announce LEGO Star Wars: Castaways, the first online social, action-adventure LEGO Star Wars game coming November 19 to Apple Arcade, in which players build and customize their own in-game LEGO minifigure character. The heroes of their own Star Wars adventure, gamers will visit a mysterious new planet, meet and team up with friends (other “Castaways”), race Microfighters, and experience classic Star Wars moments.

They’ll also unlock hundreds of collectible pieces to customize their minifigure and solve a mystery to save this community of Castaways on the ruins of an ancient civilization. Throughout, players can battle foes, solve puzzles, and hone skills in battle and flight simulations; those looking to share the fun can hang out with friends in the Social Hub and communicate through LEGO emotes, as well as challenge parents, siblings, and friends in the Hippodrome, or join forces to complete quests to earn rewards.

Playable across iPhone, iPad, Mac, and Apple TV, LEGO Star Wars: Castaways will be available exclusively on Apple Arcade, Apple’s popular game subscription service that offers unlimited access to a growing collection of over 200 premium games, for a low monthly subscription of $4.99 with a one-month free trial.’ 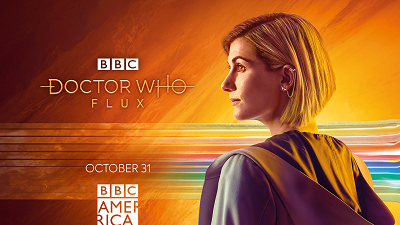 www.youtube.com/watch?v=xDUvFdGu6JE - a 1 minute video from the official Doctor Who youtube channel.

Hi James76 - project creators usually change the title of their own threads themselves. 👍

If you’re unsure on how to change the thread title, the ‘How do I do this?’ on the OriginalTrilogy.com thread will be of some help, mate.

Sorry to read your project is now on hiatus.

I have tried that already, no luck.

I just checked again - it is on fanedit•info

It is probably worth asking at https://ifdb.fanedit.org/jaws-the-sharksploitation-edit - or asking ‘The Man Behind The Mask’ as to how to get obtain it?

Or looking for it at the usual places, including fanedit•info?

Sorry - the Fan Edit / Preservation Forum Rules and FAQ don’t allow for such links on the site, so they have been removed.

Please give the Fan Edit / Preservation Forum Rules and FAQ a read-through asap - thank you.

If you guys want to PM each other the info to sort out how to get hold of the 1997 SE Flunk version, go ahead.

Seemingly, the Flunk 1997 Special Edition releases are still available on usenet… (if not still on certain torrent sites too) 👍

For anyone searching for the various Star Wars preservation projects on here, this is a good place to start…

An Index Of Projects & Help Thread for Star Wars Preservations…

^ Please give the above thread a thorough read through - before making a new thread asking for project information and how to acquire them. The site would soon sink under the sheer number of request threads if everyone did this - which is why we ask members here not to do so, and to have a look around the site for information and projects, before posting. Thank you.

Loved it - and the use of some superb quality and fitting fan art, concept art, and film footage to help highlight the narration.

A follow-up, of sorts… 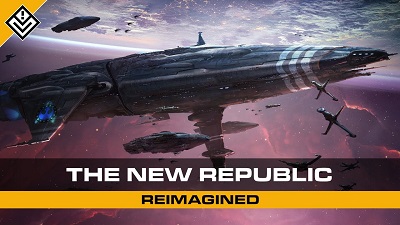 www.youtube.com/watch?v=zYdYM5nzpT0 - a 34 minute video at the The Templin Institute youtube channel.

I found these a decent watch too… 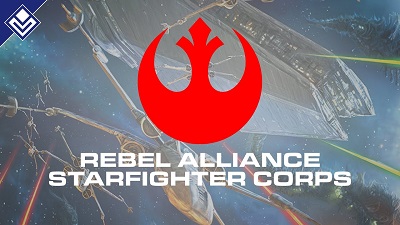 www.youtube.com/watch?v=tFlvg1OOpMU - an 11 minute video at the The Templin Institute youtube channel. 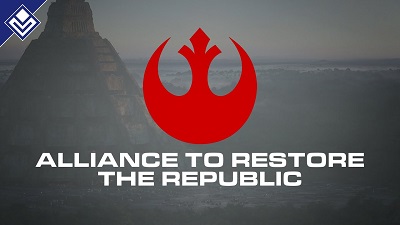 www.youtube.com/watch?v=YVdAGZSL2UU - an 11 minute video at the The Templin Institute youtube channel.

Good to see videos from the Imperial side of things, along with Trek and other sc-fi & fantasy content too 😃 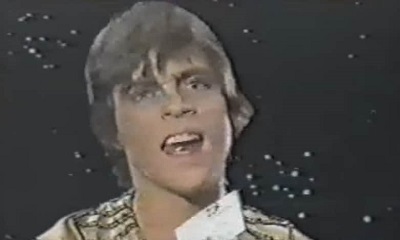 www.youtube.com/watch?v=PCcgBLizbzc - a 9 minute video at the Dec Cart youtube channel. 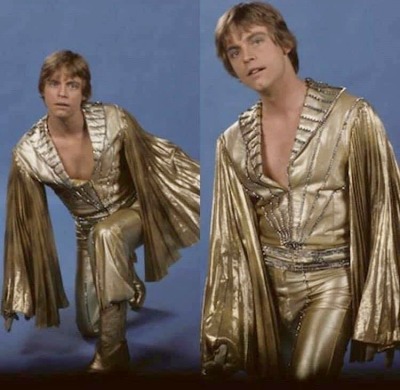 This might be a strange topic considering this is a forum for the preservation of the Original Trilogy, but I wonder how many people would be interested in Special Editions of the Prequels where they used current technology to improve the special effects and possibly reinserted a few deleted scenes.

It has already been done just last year, mate:- 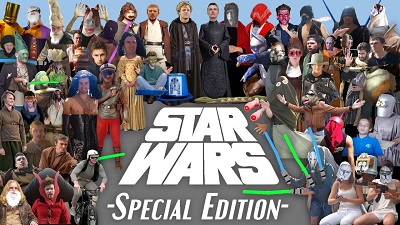 www.youtube.com/watch?v=5zCSSd8QCVk - all 3 Prequel films came in with a total run-time of 6 hours. 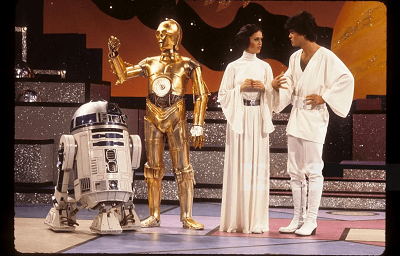 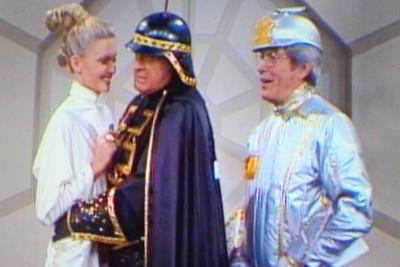 www.youtube.com/watch?v=AREvBbi6WL0 - an 8 minute video at the Cost Ander youtube channel. 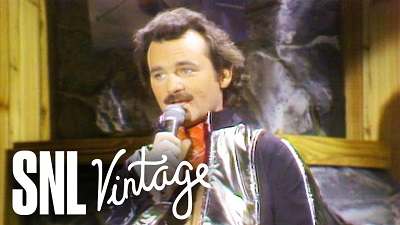 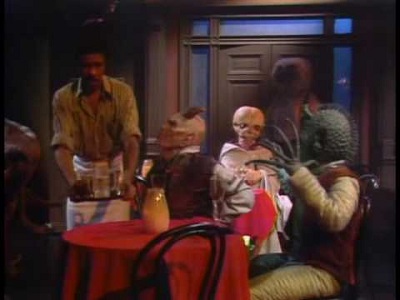 JEDIT: After many years, I finally double-posted (bottom right of the above image) 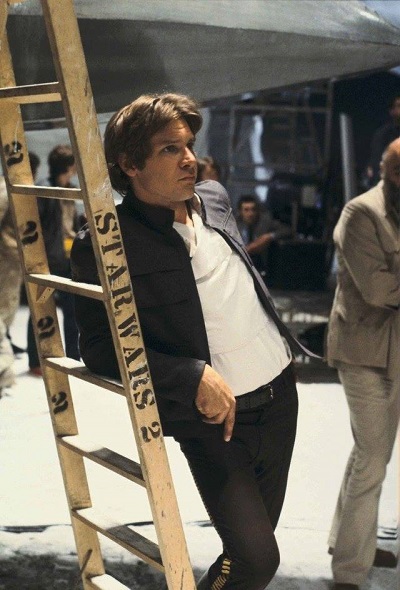 ^ It includes the whole rooftop concert on top of the Apple building.

‘Beatles on the brink: how Peter Jackson pieced together the Fab Four’s last days’:- 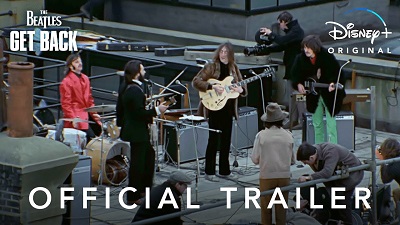 'The Beatles: Get Back | Official Trailer | Disney+':-

www.youtube.com/watch?v=Auta2lagtw4 - a 4 minute video at the official Disney+ youtube channel.