^ A short article - with a decent video and some cool back in the day images.

Star Wars in the UK: The first Star Wars Christmas - at StarWars•com

December 27, 1977: Star Wars is released in London - at Episode Nothing

When Star Wars first arrived in Birmingham - at the Birmingham Mail website.

An intriguing article from the New York Times…

How did this fearsome “Star Wars” bounty hunter go from a peripheral player to the star of “The Book of Boba Fett”? He used the support of fans — and a little brute force.

Impressive stuff, Gavinworld12 - much like your quality stuff on the OT Discord. 👍

Send me a PM of the sample of the documentary.

It may help to refer to the documentary you are actually requesting (is it the ‘SP FX’?) - and to also add a simple ‘please’ and ‘thank you’ too - instead of seemingly issuing a demand.

There are a few versions of “The Story of the Faithful Wookiee” still up up on YouTube - so may be worth posting it on there too.

Or on other similar video sites such as dailymotion, vimeo, veoh, utreon, or metacafe etc.

It may also be worth putting it on a GoogleDrive or on Mega too.

Good luck with it, mate.

Edit: I think I misunderstood your post - sorry MasterKal. The Star Wars Preservation forum is a good place for this 👍

Hey could you PM me the link to the torrent? Thanks for all the work on this.

Guys, c’mon… DragoonClawNZ posted a request for everyone to send him a PM… literally in the post or two above yours:-

please PM me instead of posting on here.

Or read the thread title! 👍

Many quality videos up on there…

I think it is Dan Perri’s own custom work. There is a little more on it, with some ideas on what the font may consist of, in the link below:-

There may also be some more additional info on it in the ‘Star Wars font, crawl & logo information’ category of the An Index & Help Thread for Case Covers, Disc Labels, and Fan Art thread. 👍 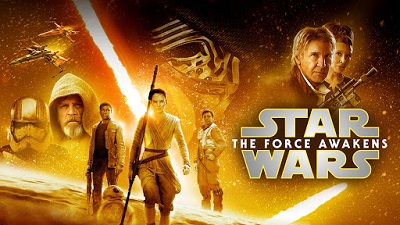 The Playlist for the other 6 videos in the series: www.youtube.com/playlist?list=PLINl9l0igYjzIipxsD4Y59_Jjxe4N3pZo

Kindly knock it off.

A young Leia (around 12), and Bail Organa (before Jimmy Smits gets any older) Let’s explore Alderaan some, let’s see Leia’s Alderaan training. Clearly she’s had some weapons training (into the garbage chute, Flyboy!)

Can she pilot a ship like Anakin? Does she have those quick reflexes that force users have?

Maybe Leia’s dreams are visions of Yoda/Kenobi, or of far away places and she doesn’t understand them.

You could have Leia having nightmares about Vader, but it’s just a dark shadowy figure. She could also see images of her mother, bittersweet moments.

Let’s have an adventure on Alderaan, let’s get to know the planet before it explodes.

These are just some of the things they could explore, just to have an idea

Not for me mate - however it’d sound like something decent as an animated anthology series, in a half-hour ‘Galaxy of Adventures’ style. Revisiting Leia across differing times or events of her life, maybe? It’d certainly be appealing to see more of Alderaan, how Leia becomes part of the fledging Rebellion, and the events you mentioned too.

^ an OriginalTrilogy•com info & discussion thread cataloguing some of the oft-repeated claims, statements & comments made by some people who seemingly have issues with an official release of the unaltered theatrical version of the Original Trilogy being available - or even with fans simply asking for such a release.

An Original Trilogy era documentary, not seen since its TV debut back in 1983, and very much worth a mention in here is…

Corellian Sailor and his friend did a top job with the restoring and remastering of this - and also with the English subtitles too. 👍

Though if you could, please link to fanedit•info instead of fanedit.info (we’d prefer no actual links to other sites of that type appearing on here site) - thank you.

Some information on what links can and can’t be posted on here can be found in the Fan Edit / Preservation Forum Rules and FAQ thread, see ‘FAQ No. 9’.

I thought it was a link to a video from the edit of the film! Instead it’s poop and Fard😂😂😂

I think King goal is referring to the video linked in GLogus’ post here:-

‘A Guide to The Last Jedi (for the Star Wars Fan Base)’ - a 38 minute video at the Nerrel youtube channel.

In case folks have it seen it, be sure to check out X-Wing Alliance Upgrade Project: http://www.xwaupgrade.com/ 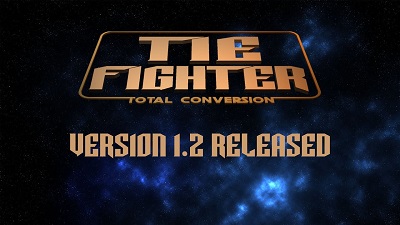 www.youtube.com/watch?v=yJ7qjISrU64 - a 6 minute video at the Angel youtube channel.

Useful info can be found in the video description 👍 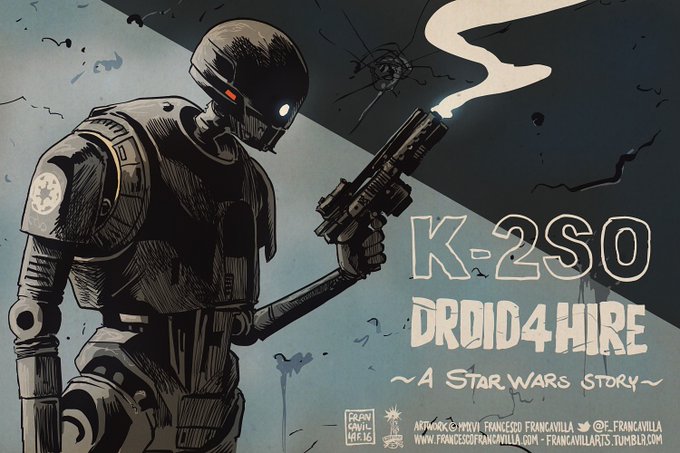 A limited series of short animated films with K2SO (voiced by Alan Tudyk, of course) - I could get on board with that. 👍

How do I change my username? It doesn’t say but I tried finding it. Please help.

The ‘How do I change my username on here…?’ section of the ‘How do I do this?’ on the OriginalTrilogy.com; some info & answers + member FAQs thread, in General Assistance, should give you all the information you are looking for.

‘John Knoll discusses technology and innovation on Rogue One: A Star Wars Story’:- 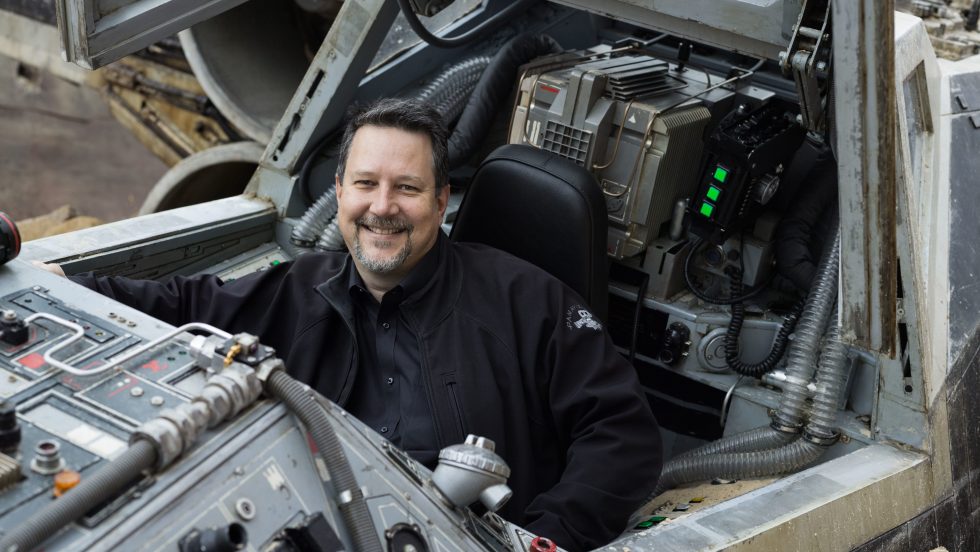 I loved the blend of CGI, real sets, and even kitbashing they used for the film…

Plus the fact there is still a decent model shop at ILM. As a kid it was so cool to know the film-makers were using the same models available to us in toy and model shops. (Obviously they were just a little bit better than us kids - and probably didn’t glue their fingers together, or tiny bits of kit to their fingers - as much as we did!) 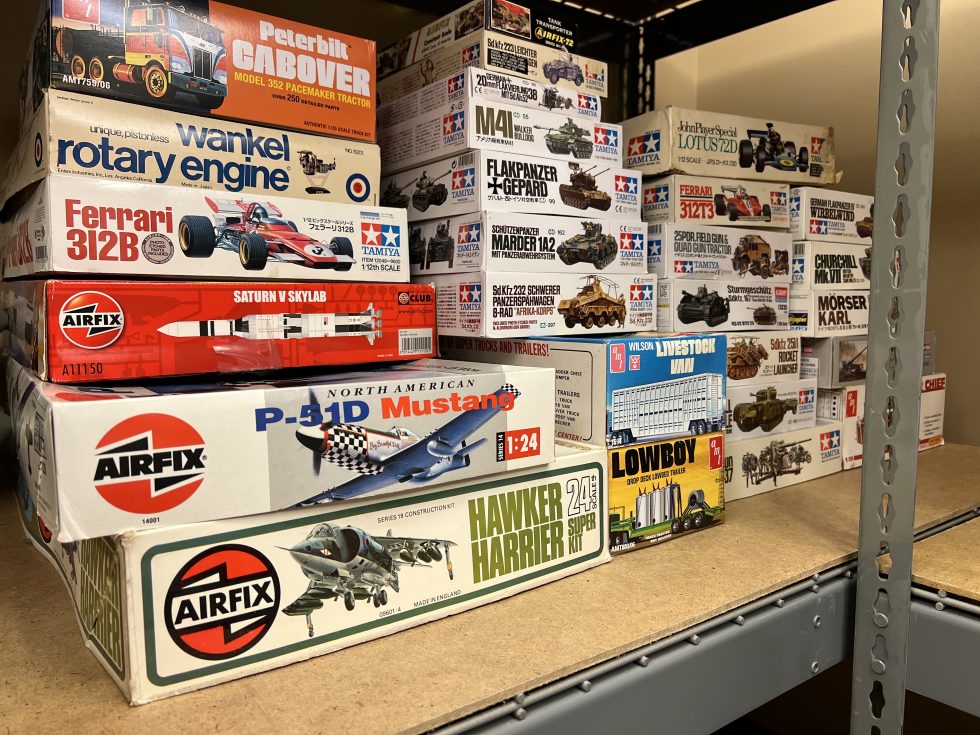 “I can’t believe it’s been five years since #RogueOne was released. What a dream it was for me to play in the @StarWars universe with our fearless Red Leader, #GarethEdwards. I went back and found some hair / makeup / costume and lighting tests we did in the early days, as well as some iPhone snaps. Enjoy!! @lucasfilm @ilmvfx”:-

www.instagram.com/p/CXkKprgJegU (with 10 or so images)

‘Gareth Edwards looks back at Rogue One: A Star Wars Story’:-

Some quality articles there, Johan - and cool idea for a thread too. I don’t have much in the way of answers for you - though hopefully some of the [cough] more ‘mature’ or knowledgeable members on here do. 👍 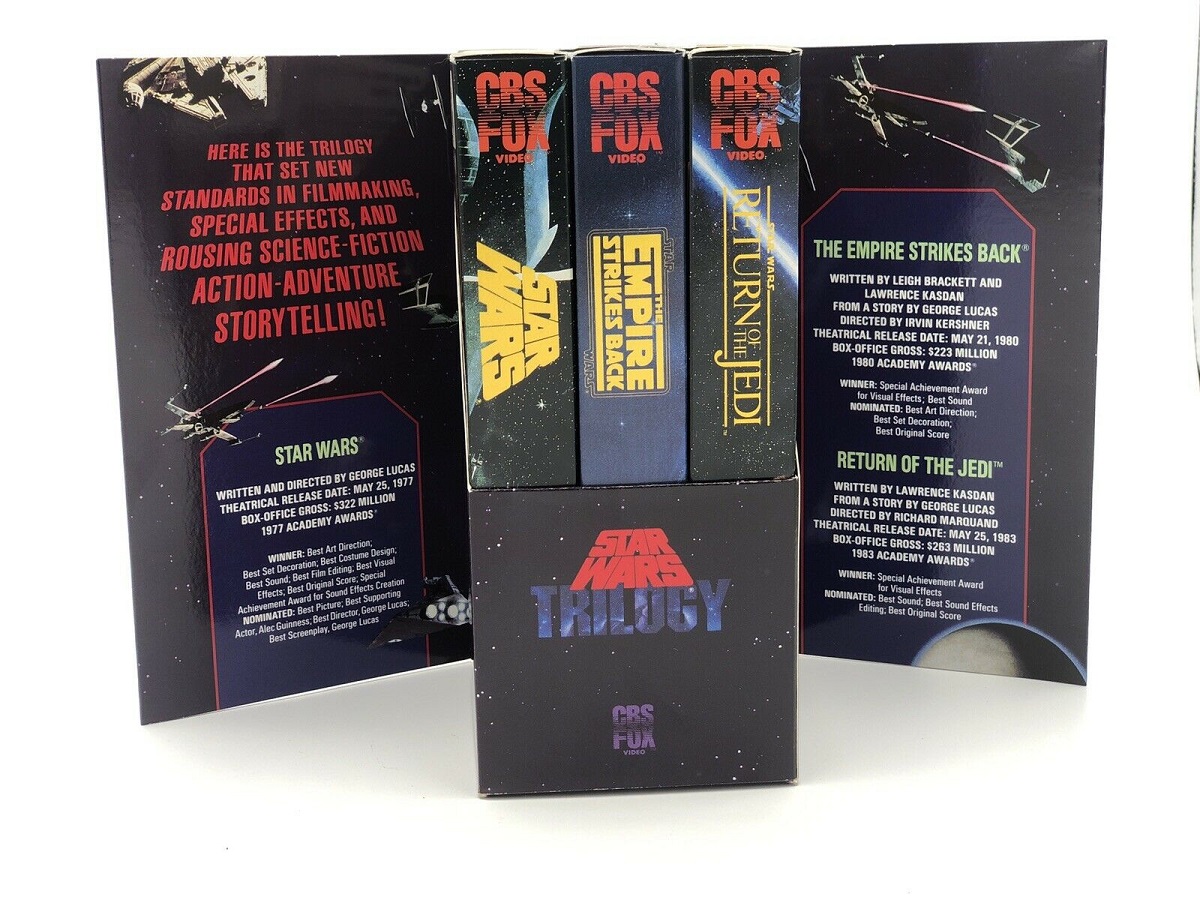 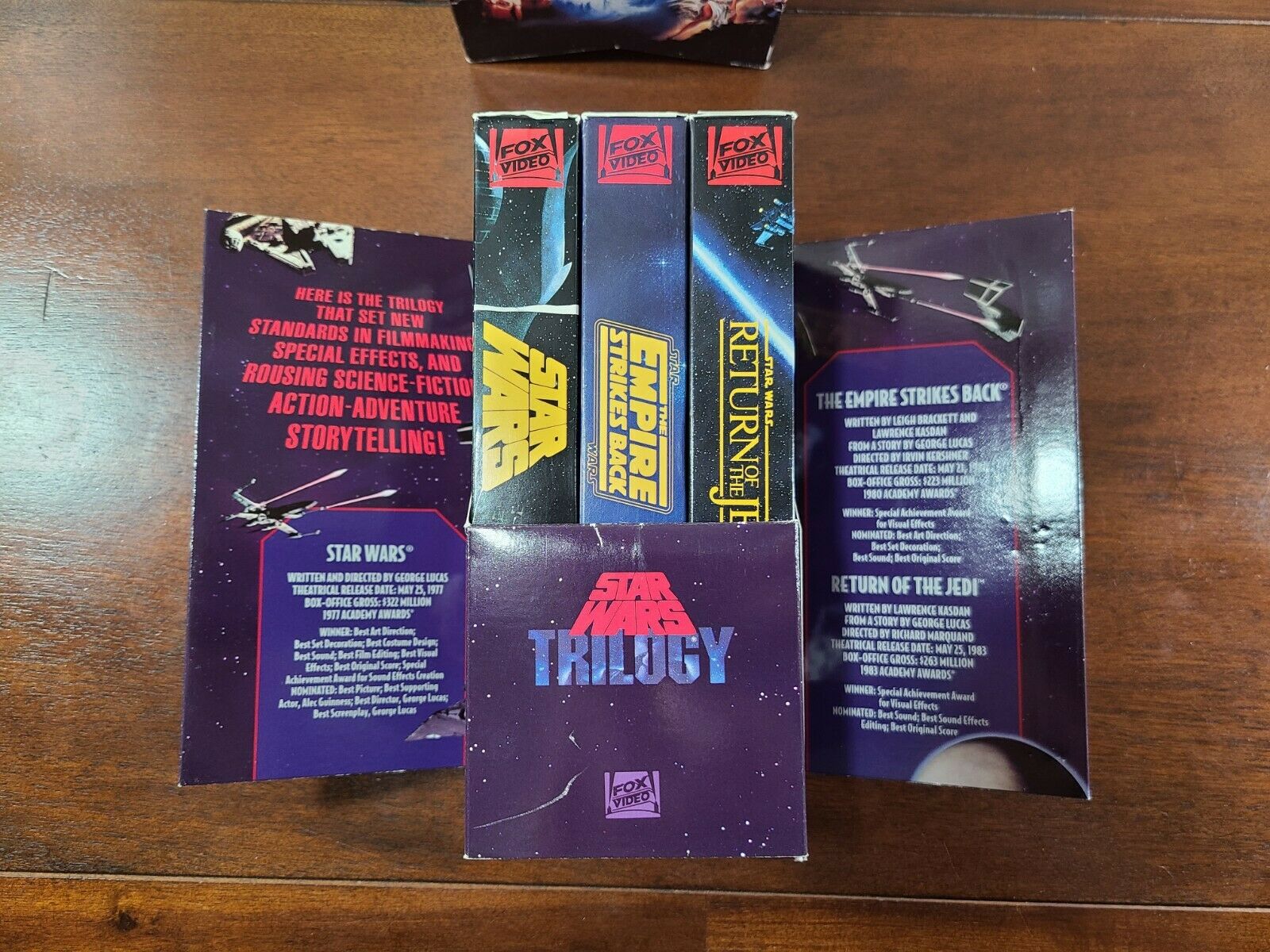 Yet I don’t recall them being prominently mentioned (if at all) on many releases after that.

You could be right on Lucasfilm somewhat downplaying the past achievements - given these are more seemingly ‘focused’ on the Special Editions than the unaltered theatrical classic cuts… though Lucasfilm does still put up their most recent film releases for Oscar nominations - and have received a fair number too - yet as you say… no actual wins since 1984.

Gary Kurtz’ Star Wars scrapbook - available to see at the http://theswca.com/images-misc/kurtz-album.html - is worth checking out as an additional source of information too. 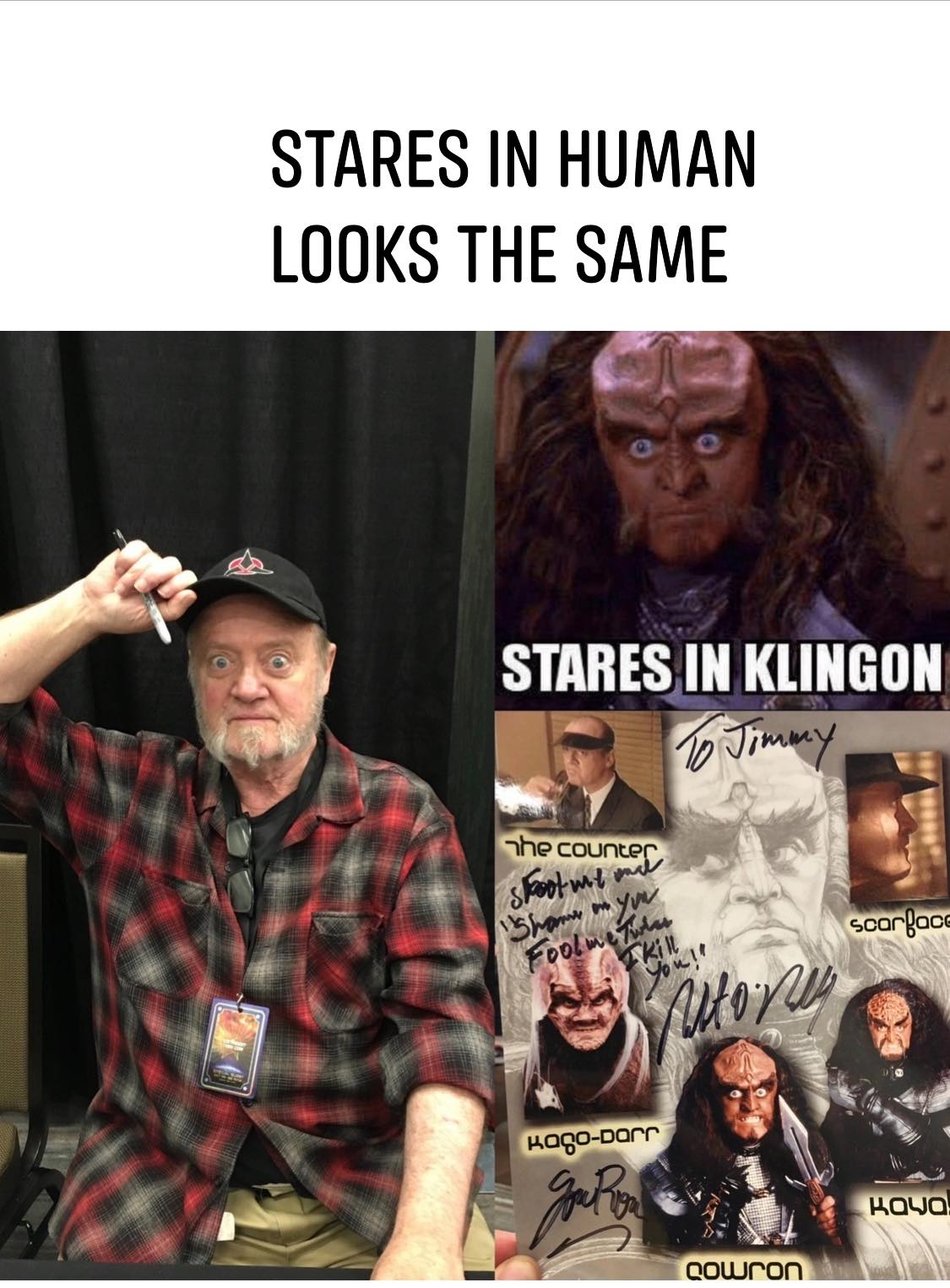 Can someone please send me a PM with a ROTJ link?