^ I hope they this for other Star Wars films and series 😃

I still just stick with the GOUT. It’s sad, but it’s done me well enough for the past 13 years.

Now that I have a nice sized TV, the GOUT is fine for me as well.

I’m still surprised by how little info there’s been regarding it’s Nordic launch. The first solid info I’ve heard was released just a few hours ago and it simply stated that it will launch “summer of 2020.”

Pretty much everywhere in Europe I think.

Is Disney+ in France really showing the old 2011 Special Editions of the Original Trilogy on their service?

‘Just got a message that @disneyplus in France is streaming the 11SE, which is odd because the 19SE discs have French crawls and audio options.’

I confirm that, as I was checking out yesterday if this was indeed the 19SE. But first the colors looked horribly like the 2004/2011 version and no Maclunkey! Just Han and Greedo shooting at the same time…

If so, I wonder if Disney+ in other countries are still showing the old 2011 Special Editions of the Original Trilogy too?

All those different versions of the films must be confusing for Disney too! 😉

I confirm that, as I was checking out yesterday if this was indeed the 19SE. But first the colors looked horribly like the 2004/2011 version and no Maclunkey! Just Han and Greedo shooting at the same time…

Is the French Disney+ advertising the films as being in 4K?

(I was just wondering - maybe they don’t know / confused as to which version they are meant to be showing?)

4K isn’t activated yet on Disney+ in France to avoid saturating the network while everyone is still in lockdown and furiously consuming video over the internet.

The Rise Of Skywalker coming to Disney+ on 4th May:

(‘In the Netherlands, the movie will launch on Disney+ on May 5 due to the Memorial Day holiday.’)

‘The complete Skywalker Saga, all in one place. Start streaming all 9 films, including Star Wars: The Rise of Skywalker, on May the 4th, only on #DisneyPlus.’ 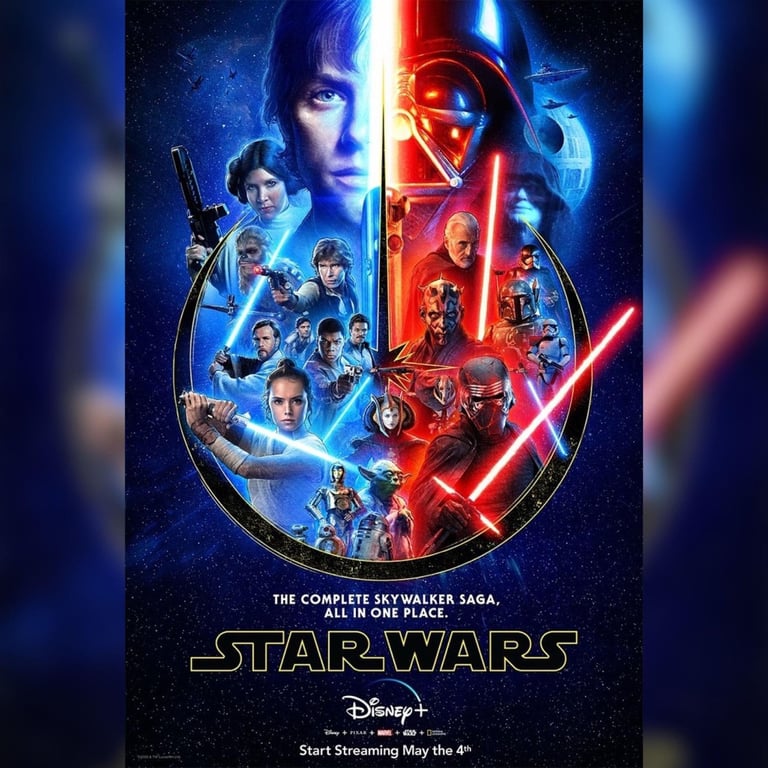 ^ That is a bonus, and certainly cheapr than splashing out for the 4K Saga set or 4K discs individually. Money is tight right now, so a nice moved by Disney bringing TROS forward. Plus all the other Star Wars stuff on there too.

I’d prefer to physcially own it all rather than stream, but given the cost difference…

I don’t like their (Disney, not DisneyPlus) ‘taking over’ of the ‘MayThe4th’ hashtag twitter thing (If I understand it correctly, and I probably don’t! 😃

’Disney+ adds lost Luke Skywalker scene to Star Wars: A New Hope’ (only to the extras, but still):

'A deleted scene from Star Wars: A New Hope has been retrieved and added to the extras on Disney+.

Mark Hamill has explained why the deleted scene was crucial to the character of Luke Skywalker, in conversation with Joe and Anthony Russo for their Russo Bros. Pizza Film School series.’

^ 'April is set to be an exciting month for Disney+ subscribers, as many formerly out-of-print “Star Wars” series and movies are being added to the streaming service.

Starting Friday, April 2, fans of a galaxy far, far away will be able to dive into classic (and non-canon) entries from the past:

Also being added that same day is “The Story of the Faithful Wookiee,” better known as the animated section of the 1978 made-for-TV-film, “The Star Wars Holiday Special” – featuring the first appearance of bounty hunter Boba Fett.’

I’ve always known it as just “The Faithful Wookiee.” Maybe it’s from the 2011 blu-ray set? I think the animated short was included there as a bonus feature. Or maybe it’s just a fan-name that ended up sticking?

Since D+ is clearly not releasing the whole HS, I wonder if they’ll use the extended version of the animated short. According to this list of true and false urban legends relating to the HS (scroll down to the bottom) there’s a slightly extended cut with different intros and outros (not including Lumpy watching the computer screen) and a fake commercial with aliens in superhero costumes.

Same here mate, I honestly wasn’t sure if it was my faulty memory / mandela effect / another Lucas retcon™…

and from SKot’s awesome StarWarsHolidaySpecial.com site back in May 2005 - www.starwarsholidayspecial.com/swhs-old/news-2005.htm

Like these guys - http://coldbananas.com/2014/12/television/star-wars-flashback-the-story-of-the-faithful-wookiee-1978 - I just called it ‘the Boba Fett cartoon’ 😃 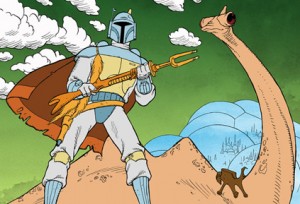 Disappointing there is no love for ‘Star Wars: Droids’ 😦

(other than the full version of the 1978 Star Wars Holiday Special, it’ll be the only Star Wars release not available?)

Which is a little strange… especially with all the Boba Fett & Mandalorian love going around. Seems Boba’s appearance in the ‘Star Wars: Droids’ episode “A Race to the Finish” (the 4th episode of season 1) is all but forgotten…

does Disney plus currently have From Star Wars To Jedi The Making OF A Saga on the platform ? And yes , give us the Droids we’re looking for please !

does Disney plus currently have From Star Wars To Jedi The Making OF A Saga on the platform ?

I don’t think so. They have a lot of deleted scenes, trailers, and a few features like Anatomy of a Dewback and such, but the only making of docs I’ve seen in the special features are The Director and the Jedi (The Last Jedi) and The Skywalker Legacy (The Rise of Skywalker). And of course Empire of Dreams has an entry all to itself. I think it’s interesting the special features of A New Hope has a Navajo language version.

yeah , I thought that was neat too , started to watch it not too long ago . I only wish they had Navajo subtitles as well , might be a good way to learn the language . I heard the now out of print DVD they put out years ago has Navajo subtitles . What they have on D+ seems to be the Macklunkey edition with the Navajo dub ported over .

I’m excited to see this material added as, not counting the 2nd Ewok movie YEARS ago and the HS cartoon, I never saw ANY of this stuff. Granted, I wasn’t a huge fan of the 2 things I’ve seen but at the worst, it’ll still be great to at least have these shows and films available 😀

I MIGHT’VE heard it before but, quite frankly, I don’t care. I slightly doubt the Holiday Special will appear on D+ so if this is new, oh well.

It is a little disappointing Droids didn’t get included but I’m taking the same attitude as I did with several cut Muppet Show sketches: it stinks but what we are getting is too good to be down for long.

My fingers are crossed for these to get HD transfers. It won’t ruin my day if they don’t but it would be cool (all but Clone Wars SHOULD exist as film masters and I’m sure Clone Wars would upscale well).

I wonder if we’ll ever see The Young Indiana Jones Chronicles?