If this is true, Jar Jar better only be in one episode.

A writer like Hossein Amini having all the context of what “Jar Jar” has come to mean, culturally, plus knowing what the meta-story is behind not just the character, but the actor who played him? I don’t think we’re going to get a redux of what Jar Jar was (and what he meant) in Phantom Menace or The Clone Wars.

This is probably going to be a show about atonement (it can’t not be, really) and seeing this creature, this hated, pitiable thing, trying its best to be better and make up for its mistakes - I think there’s a lot of potential there, especially considering the writer and the director bringing Kenobi to life.

I would not be surprised if they use the “dirty trick” of reminding us, as viewers, of our part in demonizing both the character and the actor who portrayed him.

They could mess it up, absolutely - Star Wars gets messed up all the time, it’s certainly not special in that regard - but I think there’s a good opportunity here for Jar Jar to be reintroduced decades later, and somewhat redeemed. I think Deborah Chow has the chops, I know Hossein Amini’s got the ability - The Mandalorian just made an assassin droid LOVABLE, I think Jar Jar isn’t beyond a transformation in Kenobi.

^ Good post Broom Kid, somehow you’ve pretty much sold me on having Jar Jar in Kenobi but I will only believe it when I actually see that it’s possible to redeem that character in the eyes of the fandom 😉 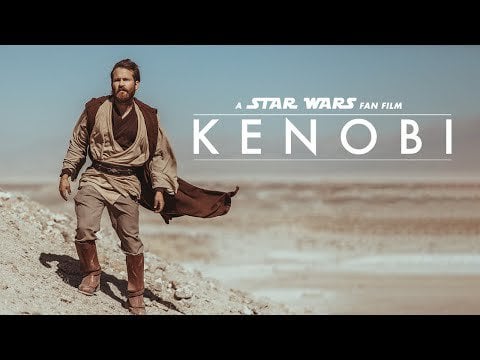 Others are saying it is not true, but I guess we should keep up with the new today and see what else is said.

Keep an eye on Hollywood Reporter, Deadline, and Variety, definitely.

If this got canceled, I swear they have no idea how to manage this brand. Calls for a Kenobi show have been widespread, and the Mandalorian was just a smash hit!

Star Wars: Reports of Obi-Wan Series Being Cancelled Have Been Debunked

I saw that Anthony Breznican did his job and actually got in contact with principals and debunked the rumor, as opposed to the rest of “Film Twitter” which apparently just gossiped at each other in Direct Messages and posted .gifs all day.

Interesting to see the ‘news’ websites (and on twitter) delete their posts / links about the Kenobi series being cancelled - almost as they do not want to people know they messed up, or that they don’t check their facts before publishing, or apologise for their mistakes - and instead act as if it didn’t happen.

Kudos to the The Wrap, who did also check out these rumours out, and waited for replies from people in the know, before publishing anything…

And… it’s delayed indefinitely. They’re worried the story Amini came up with is going to seem too similar to the Mandalorian’s, and they want to reduce the episode count from 6 to 4. Which makes me wonder why they even bothered turning it into a TV show. That’s basically movie length if they’re using Mandalorian-sized episodes.

Well, Disney would prefer a show because 1) The Mandalorian was a huge success, 2) Disney+ needs more content to retain subscribers, and 3) Solo proved that not every SW film is going to be a theatrical success. I imagine the move from 6 episodes to 4 is so that, even with a delay, they’ll be able to finish sooner rather than later.

The Mandalorian comparison might also be alluding to how Mandalorian very obviously plays like a movie that got rewritten, split into parts, and had 3 bottle episodes shoved into the middle of it, and maybe they don’t want that to happen here, too.

But they could release it as a movie on Disney+ if they wanted, as well. It doesn’t have to be a “TV Show” - but I get why they’d rather have four weeks of subscription retention as opposed to one.

“It just slipped to next year, that’s all,” McGregor says of the delay. “The scripts are really good. I think that so now that Episode IX came out and everyone at Lucasfilm’s got more time to look to spend on the writing, they felt like they wanted more time to write the episodes. I read about 80-90 percent of what they’ve written so far and it’s really, really good. And instead of shooting this August, they just want to start shooting in January, that’s all. It’s nothing more dramatic than that. It often happens in projects, they just wanted to push it to next year.”

“It will have the same release date, I don’t think it will affect the release date. They’re still shooting towards having the [series] released when it was going to originally release.”

‘When asked about reports that the series has been shortened from six to four episodes, McGregor denied them, simply saying: “I haven’t heard that.”’

Yes but that likely applies now as well.

Odd choice, Pretty average writer with this as his first TV gig, not looking good.

Committee process works just fine for like 90% of TV created in the last 20 years.

I honestly don’t think there’s anything Lucas could add to this story that a bunch of other people couldn’t also. Star Wars isn’t that unique.

That all said: This new hire isn’t sparking any confidence at all. But I’m also not sure this current pandemic isn’t going to radically change a lot of what Disney’s studios have planned for the next couple of years anyway. When this is all over it’s not like anything is going to be the way it was before, economically OR societally.