DC Comics gets its name from its founders Paul Dodgson and Emmett Campbell.

Wakanda’s only member to the UN, also went to the moon.

True Facts About the Mantis Shrimp

THe mantis shrimp is an alien. you better believe it.

During our trip to France which is now coming to an end, my brother has repeatedly told us the exploits of Donald E. Pudding, the inventor of pudding. He invented it in 1912 but died on his way to market it in America aboard the Titanic.

Jumping was invented by John Jay Jumping, when he tried to stand up twice.

There was this guy on Reddit talking about how the “Is mayonnaise an instrument” line is actually a joke about an instrument called a mayonis.

Star Wars is actually based on the novel series by Arthur Dikto and Steve Frapeo. There were several changes made in the adaptations.

For one, Han was made a human instead of a green gilled alien. Leia being a Skywalker was added. In the books, the Death Star wasn’t destroyed until Return of the Jedi, but they didn’t think they were gonna get a sequel so they blew it up right off the bat in the movie version of A New Hope. Ironically, they knew TFA would be successful, yet Starkiller Base is blown up in the first one.

The movie version of The Phantom Menace majorly beefed up Jar Jar’s role, but due to poor reception, this aspect was dropped from further films. Anakin was also significantly younger. Attack of the Clones was pretty long book, so lots of things had to be cut from the film for time. Ki-Adi-Mundi’s backstory was cut and the character was weirdly sidelined overall. There was also a side plot involving Asajj Ventress that didn’t make it in.

Having the same authors, the book Saga is a lot more consistent in tone, although that tone is fairly dry, being closest to that of the movie Prequels.

Rogue One and Solo were not based on any books and were simply based on a few basic notes by the authors.

The correct term is yub nub.

Death Stranding is a game that stars Sean Bean as the character of Norman Reed traversing a post-apocalyptic landscape. 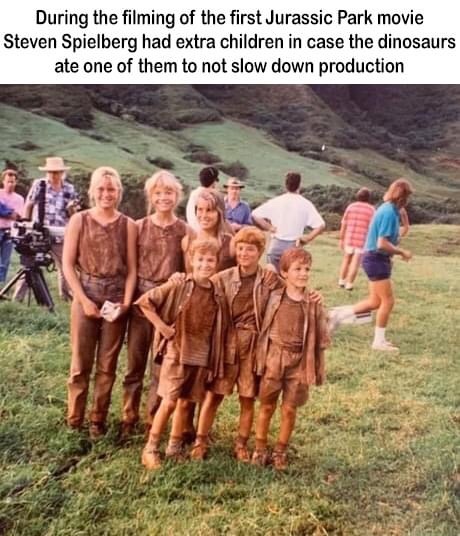 Super Mario 64 gets its title from the fact the fact that it’s the 64th entry in the series, as all entries were simply numbered in Japan, including the endless array of spinoffs.

The common saying “It ain’t over till the fat lady sings” is actually taken from an ancient medieval custom. In order to announce the end of a battle, the winning side would hire an obese opera singer to sing the winning country’s national anthem.

The 1984 Deniece Williams hit “Let’s Hear it for the Boys” was actually a cover of a 1914 British WWI propaganda song used to promote recruitment, which, given the historical context, makes it feel a lot darker.

a coconut is in fact a mammal as it grows hair and produces milk.

The Backyardigans were named after the Cardigans in reference to the show’s musical aspect.