I’ve loved all the Star Wars LEGO games - even the Prequel Trilogy game was an entertaining game to play, back in 2005!:-

… and have been a little disappointed we have not seen more games for the recent Star Wars releases.

I’m very happy this one is coming out soon, and it looks a lot of fun, as ever 😃

Based on this GameFAQs link it seems the game will be available for PC, Nintendo Switch, PS4 and Xbox One.

It looks good. But I preferred when they didn’t talk. And now they have updated the new helmets, meh.

Had a lot of fun playing these back in the day. Re: voice acting, I heard somewhere that they were experimenting with the idea of making that optional. I prefer the silent comedy/mumbling style a lot better too. 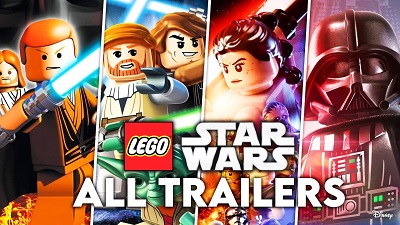 https://www.youtube.com/watch?v=SY7agqa-cqY - a 20 minute video at the Nox youtube channel 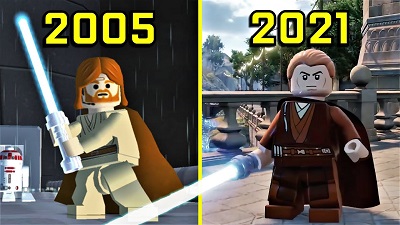 https://www.youtube.com/watch?v=kZPcmfZVu70 - a 10 minute video at the Game Evolutions youtube channel

What’re the chances they get the movie voices back? I know the Lego TFA game has been very useful for faneditors of that movie and I hope we get some more material. Some people have noticed that TROS opens itself up to redubbing, what with Kylo’s helmet, Zorii’s helmet and Sheev’s often darkness-shrouded face, so it would be nice to get some more dialogue from those actors. Or dialogue from a character who says nothing except ‘ow’ in the final film. I also hope for the return of the prequel actors, and living OT actors where possible, though I wouldn’t be too surprised to hear the Clone Wars voice cast. Might even be fun to have Matt Lanter re-enacting ROTS.

I think they’ll stick to Christensen as Anakin since they’re specifically adapting the films and tend to reuse a lot of audio directly from the source material.

And am I the only one who prefers voice acting? I find it makes the games more immersive (although the dead serious bits do admittedly clash with the plastic toy aesthetic).

This needs to be a minigame.

A fluff piece from the Star Wars website, though has some new info for the coming game:

’We were always going to og big! Inside ‘Lego Star Wars: The Skywalker Saga’…

https://www.starwars.com/news/lego-star-wars-the-skywalker-saga-key-art-interview (with some preview art)

The only game that can get me uncontrollably hyped with a single image.

You know what would be really neat? If instead of getting Ian McDiarmid or an impersonator for Palpatine, they got Seth MacFarlane to do his Robot Chicken Palpatine. Would really suit the parodic tone of a Lego game.

‘The Star Wars Show’ announced that the game will be released on October 20th:-

I’m looking forward to this, though I do hope the voice acting is optional.

Yeah, it doesn’t kinda suck that they only adapted the two seasons when the show was just kinda alright and not the ones from when it got really good, but I bet the game underperformed financially since, you know, it’s based on a measly TV show still getting off the ground rather than some of the world’s biggest blockbusters. If they had waited 'til later, maybe it’d be a different story.

Although I don’t expect them to do it, I would really love this game to have a Battlefront style mode. I guess the RTS levels in CW sorta lean into that, but I really mean like Battlefront. If I could play Battlefront in this game, it’d be the only SW game I’d ever need (as it stands, Battlefront is the only other series of SW games I’ve ever seriously played). I doubt it’ll happen though.

I’m really looking forward to this. I like playing through scenes from the movies and encountering well known characters. Don’t get me wrong, I love new characters and stories like Iden Versio from the Battlefront campaign mode, but I also love feeling like I’m in the movies. I wish there was a more realistic looking game that played like this. The Battlefront style play is not my favorite. I’m also tired of long computer animated scenes that break in all the time.

My posts from the other thread:

“The galaxy is yours with LEGO® Star Wars™: The Skywalker Saga! Play through all nine Star Wars™ saga films in a brand-new LEGO video game unlike any other. Experience fun-filled adventures, whimsical humor, and the freedom to fully immerse yourself in the LEGO Star Wars universe like never before.”

I hope they expand on it with Rogue One and Solo content. I could go for a little Clone Wars, Rebels and Resistance content as well. Heck, toss in The Mandalorian too. I only want it all.

Star Wars: The Skywalker Saga will feature hundreds of playable characters — the most ever for a LEGO Star Wars game

“With the Skywalker saga coming to an end, we wanted to give fans the ultimate Star Wars video game experience with all the humor and charm that is uniquely LEGO,” said Douglas Reilly, vice president, Lucasfilm Games. “LEGO Star Wars: The Skywalker Saga will bring to life all those Star Wars adventures remembered and undiscovered in an epic culmination of all nine saga films as fans celebrate the closing of this chapter in Star Wars.”

The New Lego Star Wars Is Impressive And Surprisingly Different

The camera is closer in and behind-the back, with the character pushed in much closer than usual, similar to how you’d view you the action and the character you’re controlling in a Gears of War game. The camera is controlled freely with the analog stick. This angle will also be used in the game’s levels. He noted how deftly kids work with free cameras in Minecraft and Fortnite, among others.

Looks more like it is composed of Lego bricks than any other game I’ve seen in the franchise.

there will be five levels for each film and that the developers are trying to focus as much as possible on sections of the movies that weren’t turned into levels in previous Lego games.

You can stop doing one sidequest before finishing it, start another and the game will remember your progress in the other quests.

We were shown a basic side quest—one of apparently 500 set up for the game—involving translating for and then helping a Gonk droid. Also teased some more interesting types of activities in the open world: bounty hunter missions in which you go to a planet to seek a character hidden on another planet and “smuggler’s runs” where you pick up cargo and have to fly it from system to system without being caught by the Empire.

I will say I’m skeptical of the new camera angle, but we’ll see when it comes out.

The new Lego sets mention the game on the packaging, but a few, like the Razor Crest, advertise a code that unlocks that particular vehicle.

I know it’s never gonna happen, but my ideal version of Lego SW: The Skywalker Saga would be super meta. Robot Chicken voices, characters lampshading some of the more well known criticisms of the films, achievements named after George Lucas quotes, meme acknowledgements, etc… Of course the appeal would be too niche, and go over the heads of the target demographic, so we’ll have to settle for silly slapstick. 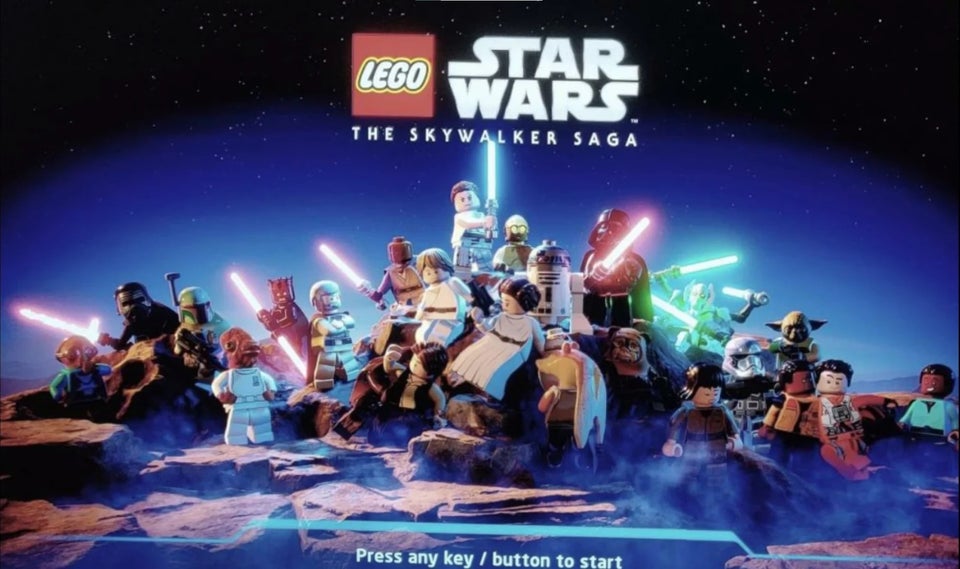 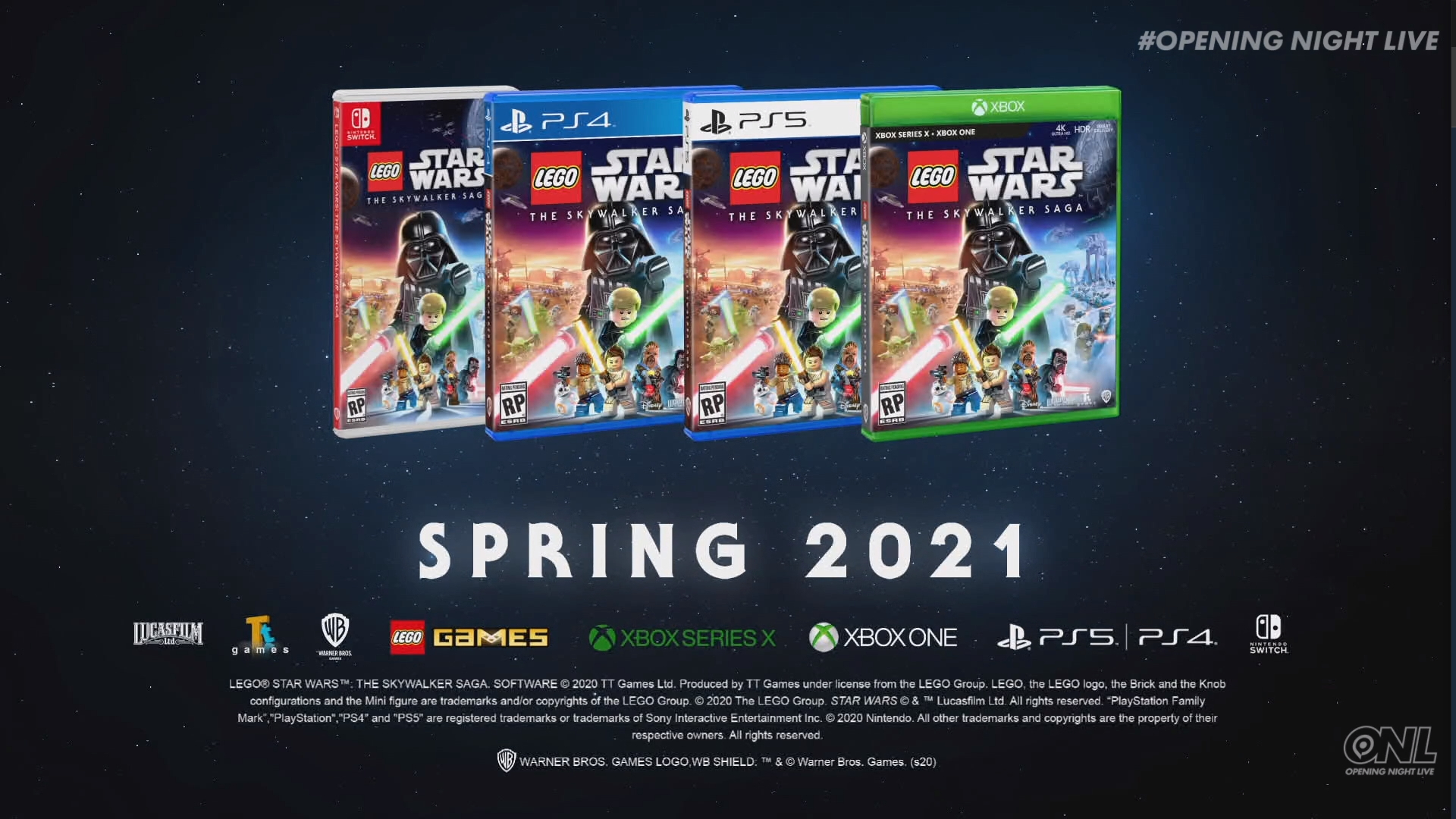