This repackaging of the 2011 SE version seemed to be a way of getting rid of old stock before the 4K / UHD releases in 2020… (which would feature a new 2019 SE version - first seen unannounced on the Disney+ streaming service, on the 12th November, 2019).

22nd September 2019 saw the re-release of the-then eight Main Saga Star Wars films, as well as Rogue One and Solo, on both blu ray and DVD - all were sold individually. There were the first releases of the Original Trilogy and Prequel Trilogy films under Disney - who now own both Lucasfilm and 20th Century Fox.

The cover art for the Original Trilogy films were as follows:- 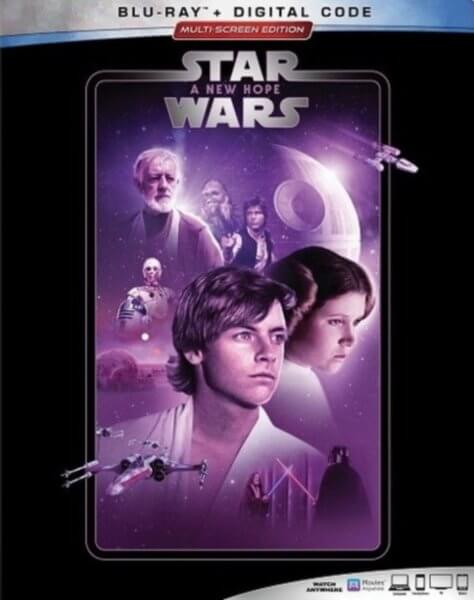 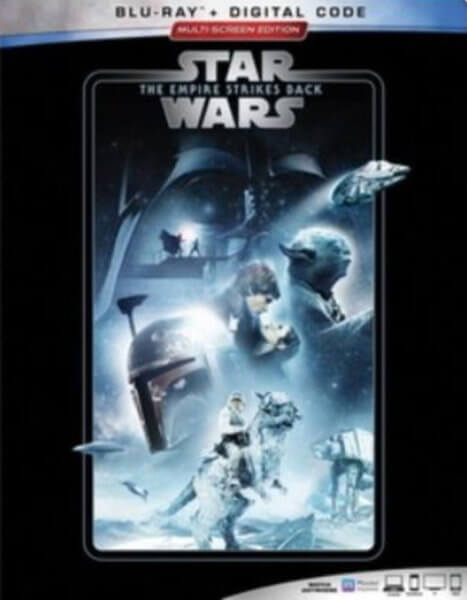 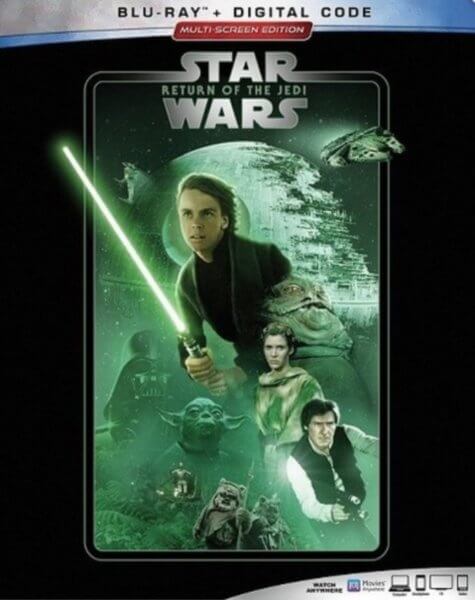 The official disc art for the Original Trilogy releases:-

with matching style artwork covers for The Prequel Trilogy, Rogue One, Solo, The Force Awakens, and The Last Jedi - as can be seen below (The Rise Of Skywalker would be released in theatres in December of 2019):- 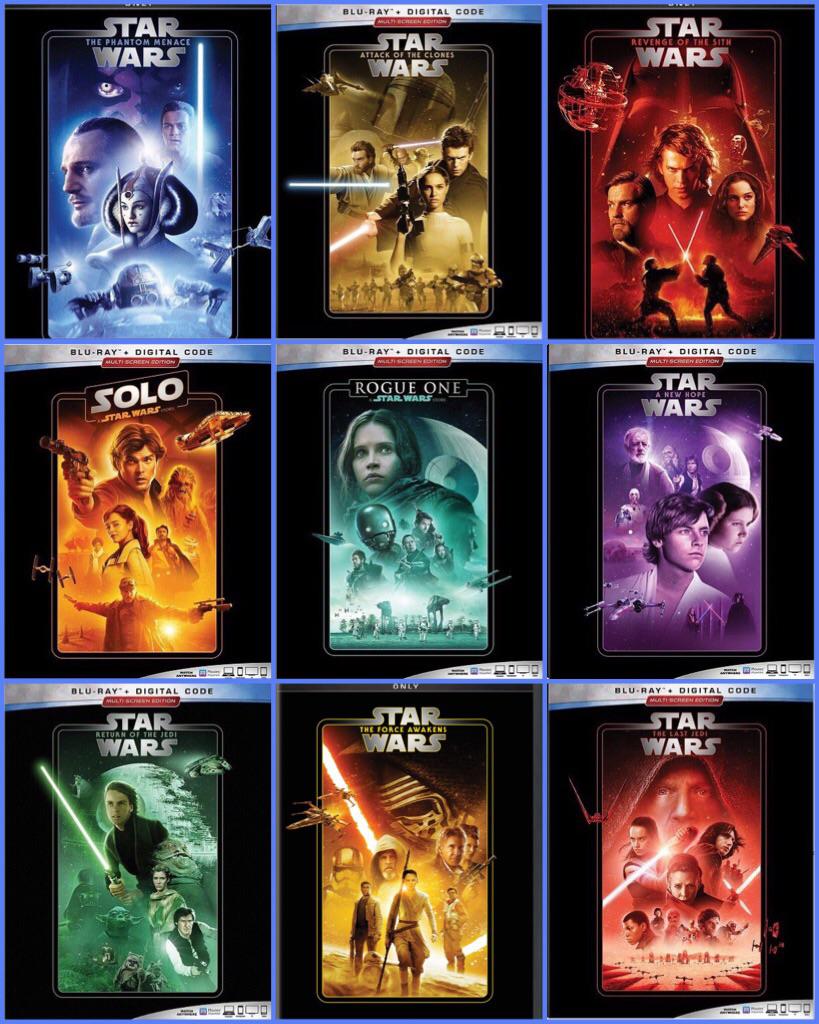 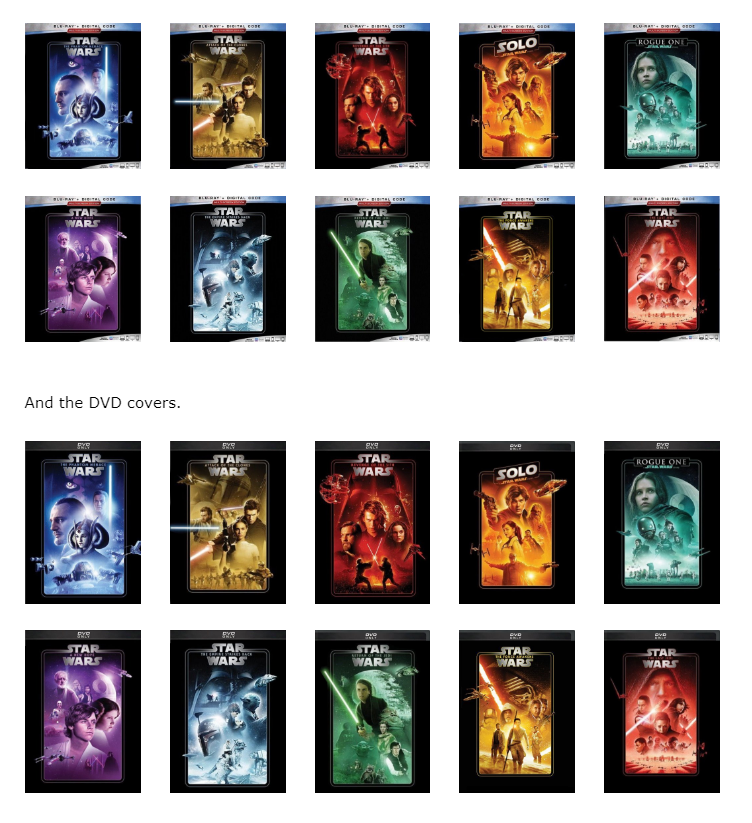 More information on these single film releases can be found below:-

http://www.starwarshomevideo.com/search/label/2019 (with images of back covers and disc art)

An insightful video review of both the blu ray and DVD releases, by the informative Nathan P. Butler, can be found here:- 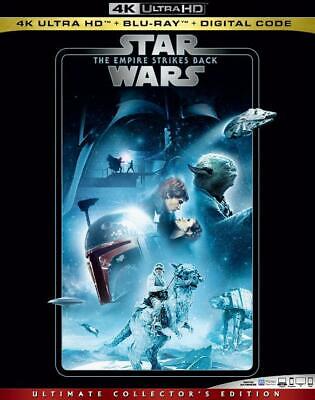