I don’t know but shouldn’t an archive of the making of the Original film actually reflect that film, and not some 1990s cgi that was garbage. Even Rian Johnson referred to the special edition as the cartoon versions.

I wish i could find that comment its probably since been deleted.

Please do! Between that and the interview with JJ where he plugs Despecialized, we’d be really set. I’ve personally asked Rian for a comment (he follows @starwarsviscomp), but no go there.

A few interesting inserts on some revisionism - or attempts at revisionism…

Paul Duncan: What about the stormtroopers? They look robotic, but they’re not.

George Lucas: How do you know what they are?

Paul Duncan: Did you have a different idea of what they were?

George Lucas: Yeah, they started out as clones. Once all the clones were killed, the Empire picked up recruits, like militia.

This is so strange to me. Are aliens and clones not people to George? Besides, what about everyone Luke blew up with the Death Star? I guess as long as we don’t see their faces, their death doesn’t count. And what about the good dozen Rebels gunned down by Stormtroopers in the first scene, or Captain Antilles who had his neck crushed, or crispy Owen and Beru…

It seems doubleofive got there first and saved it 😃

The original tweet and claim by author Paul Duncan (which he later deleted):- 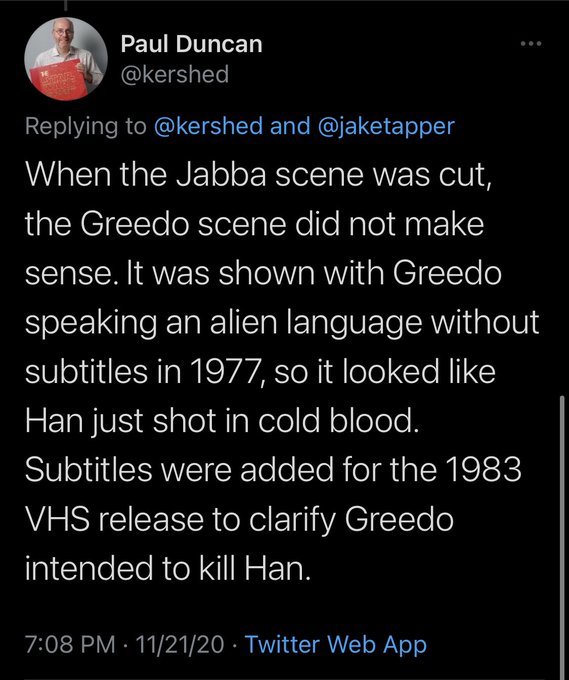 ^ from the Possible ‘proof’ that Greedo was always meant to shoot thread.

This may also be of some interest (though not quite SE revisionism) too - Fated’s updated post in the It seems like nobody involved in the making of the OT has spoken up about GL’s oppression of the OOT thread - on people in and around Star Wars wanting that classic theatrical version of the Original Trilogy release, or it made available etc. 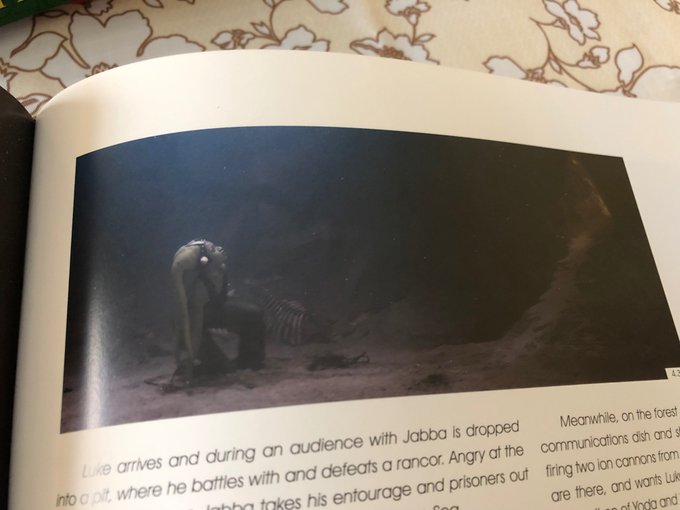 That’s a mistake more than revisionism, though I’m not sure how it happened. The rest of the images I’ve seen (so far) are labeled as being SE.

The text of the book however, wowee.

Every example of a matte painting in “Creating the Worlds of Star Wars: 365 Days” is from the SE. I’m sure that was a publisher overriding the author’s wishes.