"According to composer James Newton Howard, his friend and a longtime contributor at Lucasfilm Lawrence Kasdan, a man who is a credited writer on some of the studios biggest films such as The Empire Strikes Back, Raiders of the Lost Ark, Return of the Jedi, The Force Awakens, and Solo, will be directing a six-episode docuseries on Lucas and ILM.

This was revealed on the Score: The Podcast where Howard said that he had just finished scoring the documentary."

“Heroes come in all sizes, and you don’t have to be a giant hero. You can be a very small hero. It’s just as important to understand that accepting self-responsibility for the things you do, having good manners, caring about other people - these are heroic acts. Everybody has the choice of being a hero or not being a hero every day of their lives.” - George Lucas

I do hope this will be an unofficial docu-series - and therefore less likely to contain the ‘official lines’ or possible restrictions from Lucasfilm or Disney - especially in regards to omitting certain people who have been ‘written out’ of the official history of Star Wars (or had their contributions overlooked or downplayed).

Though very much looking forward to hearing more about the series.

I thought I read somewhere that Kasdan has had enough of Star Wars and wanted to do other things? I’m happy he has changed his mind. This could be be a welcome documentary series from someone actually there at the time. 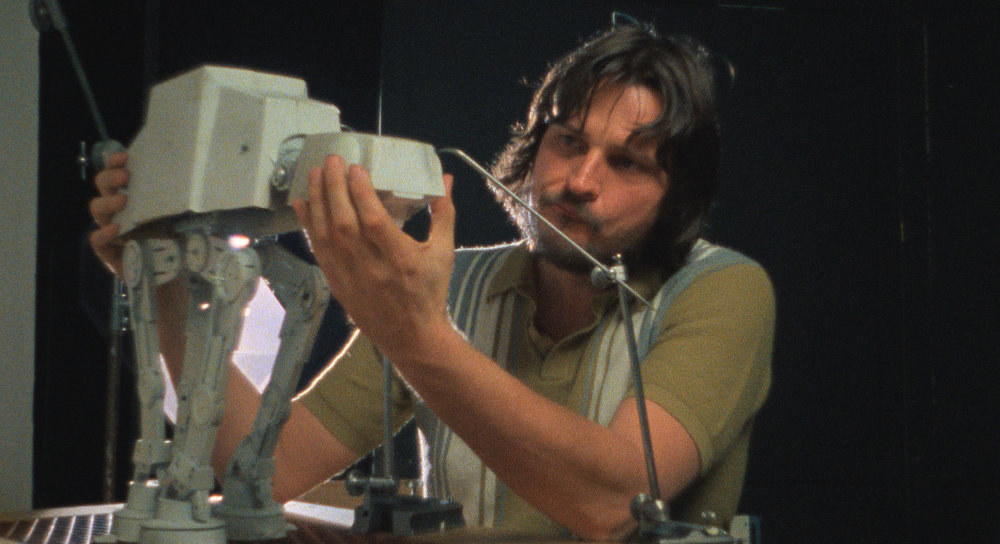 "Granted unparalleled access, Academy Award®-nominated filmmaker Lawrence Kasdan takes viewers on an adventure behind the curtains of Industrial Light & Magic, the special visual effects, animation and virtual production division of Lucasfilm. Learn what inspired some of the most legendary filmmakers in Hollywood history, and follow their stories from their earliest personal films to bringing George Lucas’ vision to life. From Imagine Documentaries and Lucasfilm, and executive produced by Brian Grazer and Ron Howard, the six-part documentary series premieres exclusively on Disney+ July 27.

On Friday, May 27, attendees of Star Wars Celebration will be among the first in the world to get a sneak peek at “Light & Magic” with an “illuminating” discussion panel featuring Lawrence Kasdan and Ron Howard, joined by VFX titans Dennis Muren, Phil Tippett, Joe Johnston and Rose Duignan, and Lynwen Brennan, Lucasfilm executive vice president and general manager."

I was hoping this would be an unofficial series too, but am hopeful we’ll see some rarely seen or unseen footage, and new stories and anecdotes from from Dennis Muren, Phil Tippett and Joe Johnston.

The panel for this at Star Wars Celebration should be cool too. I hope it is streamed live or shown in full later.

I will simply be happy if they don’t use Special Edition content to demonstrate anything done in the 1970’s and 1980’s, like they have in many other official documentaries, books and articles!

“The other Sequels were the result of an over-anxious press. The original intention was to make three [films], and that was really the end of it. It was not until 10 years after the first [film] that I thought of doing a back story.” - George Lucas, speaking at the Premiere of ROTS in 2005

I will simply be happy if they don’t use Special Edition content to demonstrate anything done in the 1970’s and 1980’s, like they have in many other official documentaries, books and articles!

That is a very good point. Let’s hope not.

Its kind of hilarious to document a film which doesn’t really exist anymore. The 2020 Special Edition isn’t the movie those effects pioneers made. I doubt that will change either i expect the Anniversary of Return of the Jedi to come and go and to not actually get the original film on its 40th Anniversary. But it might still be of interest to see what Larry uncovers on the behind the scenes stuff, if it isn’t fluff or what we all know already.

The artists, model builders etc, more of them die every year. Its atrocious the film is still being suppressed.

ILM itself is quite an institution though. Still are. Many amazing visual effects through the years.