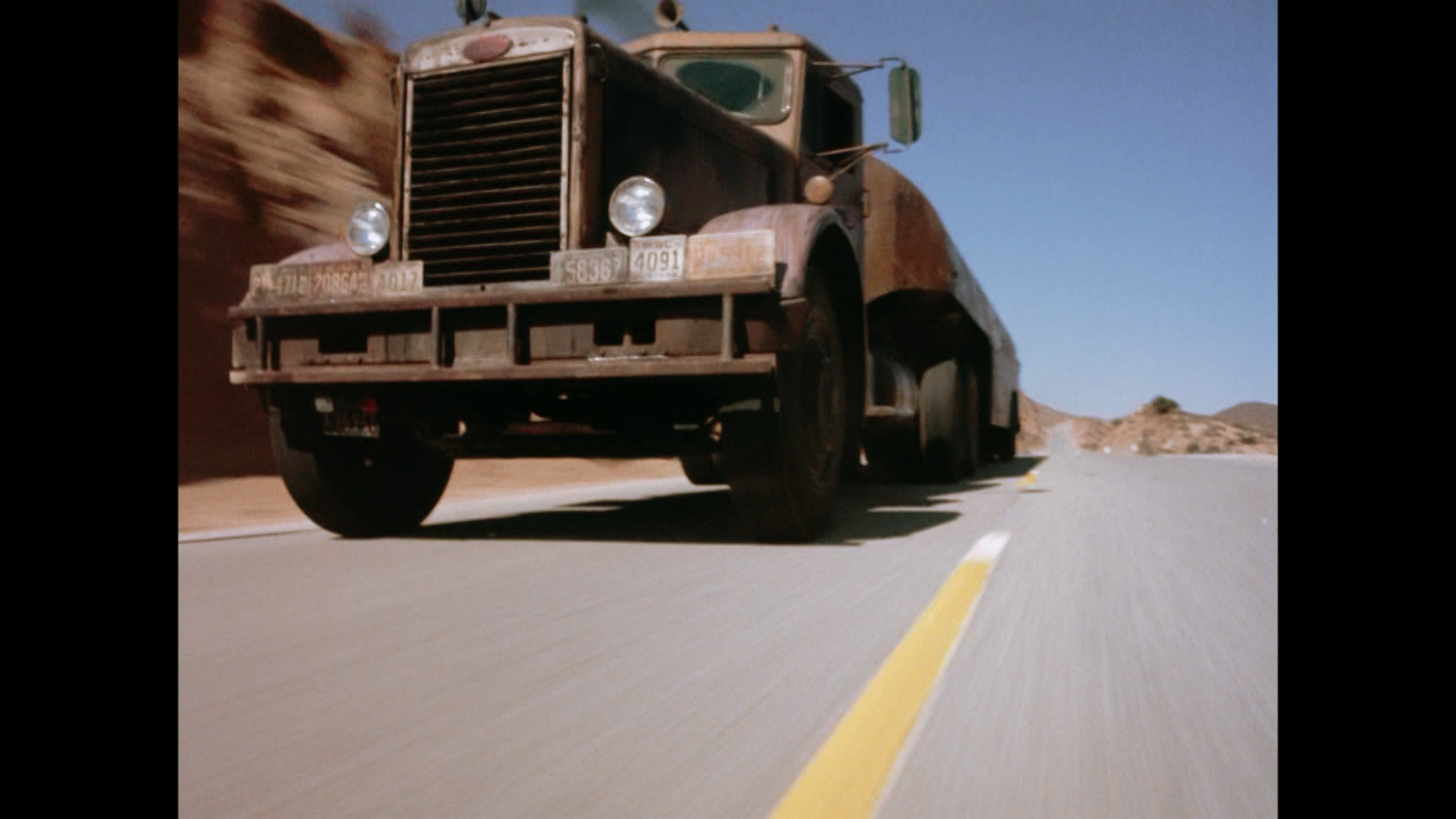 Duel was originally released on TV with a 70-minute runtime. For its European theatrical premiere, Spielberg added more footage to get it to a required 90 minute runtime. Some of this is new car scenes and some of it is more obvious padding (the opening credits and the conversation with Mann’s wife.) In addition to the new footage, additional directorial changes were made, including a new, dynamic mono sound mix and the removal of much of David Mann’s redundant inner monologue to great effect.
This fan edit mostly follows the original, tighter TV edit of the film, while also using the theatrical sound mix and removing the inner monologues. It also includes the further edits made to the film for the DVD and Bluray release (which removes more inner thoughts). I also created some new opening and closing title cards to match the TV edit.
I used a 4:3 HDTV copy as the base because the Blu ray is unfortunately only available in cropped 1.85:1. Special thanks to DrDre’s ColorMatch tool which was incredibly useful to help match the different sources and make the older scan look a little nicer.

did you restore the shot of Davids eyes on the road but without the internal monologue then?

defeating the truck on the grade part…

No. Because they removed it from the DVD, so I would have to have used VHS footage.

This is now available on the 'spleen.

I used a 4:3 HDTV copy as the base because the Blu ray is unfortunately only available in cropped 1.85:1.

The Blu-ray master is also the default version for UK TV airings. There is a loss of vertical information but a gain with horizontal detail.

Yeah, all the footage shot in 1971 is pretty severely cropped, which is unfortunate, because otherwise it’s a really nice transfer. (It is actuate to the European theatrical presentation, but that still means the majority of the film is framed wrong). And in my fan edit, all of the footage I use would be framed wrong.

The 4:3 HDTV is lacking in detail, but I was able to color grade it to look somewhat more like the bluray master.

Can I get this fan edit if I don’t have the DVD release but the Blu-ray disc release instead?

Can I get this fan edit if I don’t have the DVD release but the Blu-ray disc release instead?

Look who’s talking. How many more warnings about your attitude problem do you think you’re going to get before the hammer drops?

This should’ve been taken to DM.

Specifically, with one of the mods.

FE policy is that you have to own the source in equal or greater quality, but this is not FE.

I just finished version two of this edit which adds some polish and gets rid of the remaining VHS footage with the help of a new source (thanks to Beber for the French TV capture). I also gave it a new color grade, patched out the HDNet logos with DVD footage, and added subtitles

This looks like a nice project! Great to be able to get the tenser TV version with the better edits Spielberg made.

Hello … Thanks for this incredible tv version of this movie .
How can i can get this version as well ?
I’D have to donate anything ?
Thanks again !

Would the TV version like Jorge’s fan edit movie version of Duel?

Hey, your project sounds awesome, could you please PM the link? 😃