I don’t think it will explore abandoned plot lines, I have a feeling it will focus on exploring its corner of the timeline more though…

It’s Dave Filoni we’re talking about. A good portion of Rebels was spent on giving closure to or bringing back characters from TCW. The trailer has already shown Kamino, Zygerria and Pantora so we will be revisiting known locations. The good thing now is that we can know what happened with these secondary factions in the immediate aftermath of ROTS, or how people across the galaxy were directly impacted by the fall of the Republic.

That’s what I mean though, it won’t be more abandoned episodes, like season 7 of The Clone Wars was, it will instead move forward to show what happens next.

Familiar locations and characters, sure. But it won’t be the Batch on Kashyyyk with Yoda, know what I mean?

I could see Cad Bane and Boba Fett’s remaining content being retrofit into the early Empire era, especially given the current resurgence of Boba. The Sith Temple under Coruscant arc could possible be reused - hopefully we’ll finally be able to see the ex-Jedi Temple as the Imperial Palace in something other than comics, books and tabletop RPG stuff. I do have my doubts that Yoda will sneak away from Dagobah for some high intensity battles though (at least, I really, really hope he doesn’t…). It will forever remain a mystery how he came to have good relations with the Wookiees.

I could see them doing that down the road, but I think like Rebels it’ll avoid any of that in the first season to get its own identity.

I’m really hoping they finally show the Sith Temple underneath the Jedi Temple, or just showing the Jedi Temple being converted into the Imperial Palace. Both of those things are something I’ve dreamt of seeing on some form of visual medium for years now.

Is that all still canon? Not suggesting it’s been replaced, just wasn’t sure it was addressed anywhere in current canon.

Is that all still canon? Not suggesting it’s been replaced, just wasn’t sure it was addressed anywhere in current canon.

It’s still Canon, but only mentioned in ancillary material.

Since the idea of the Sith shrine was to be implemented in TCW before its cancellation, I’d say there’s a chance it goes at least mentioned. But I really want to see the Imperial Palace.

I just figure part of them being mercenaries or whatever will lead them away from big Imperial cities and planets, excepting their home world Kamino (which we saw in the trailer).

Everywhere else we saw seemed like something very much not Coruscant. ¯_(ツ)_/¯

I hope we get a release date soon. 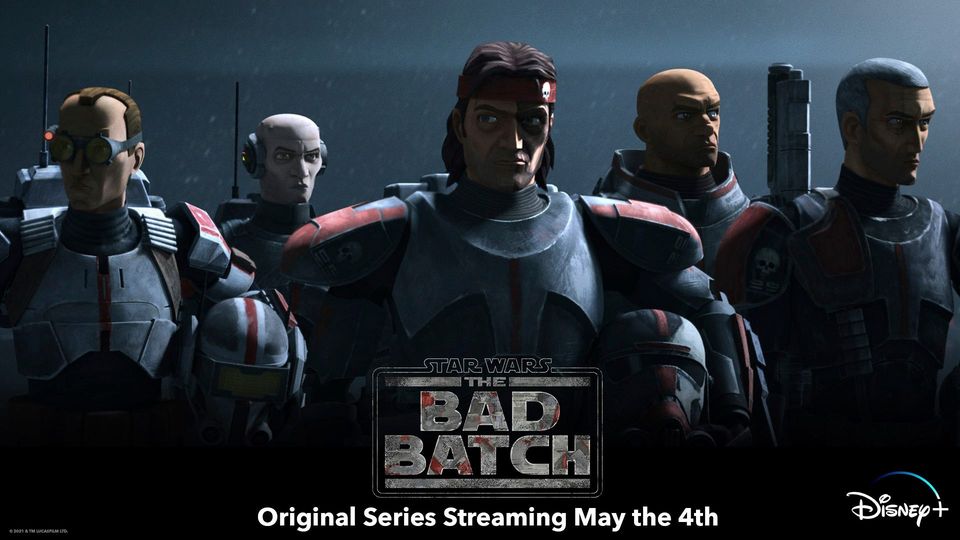 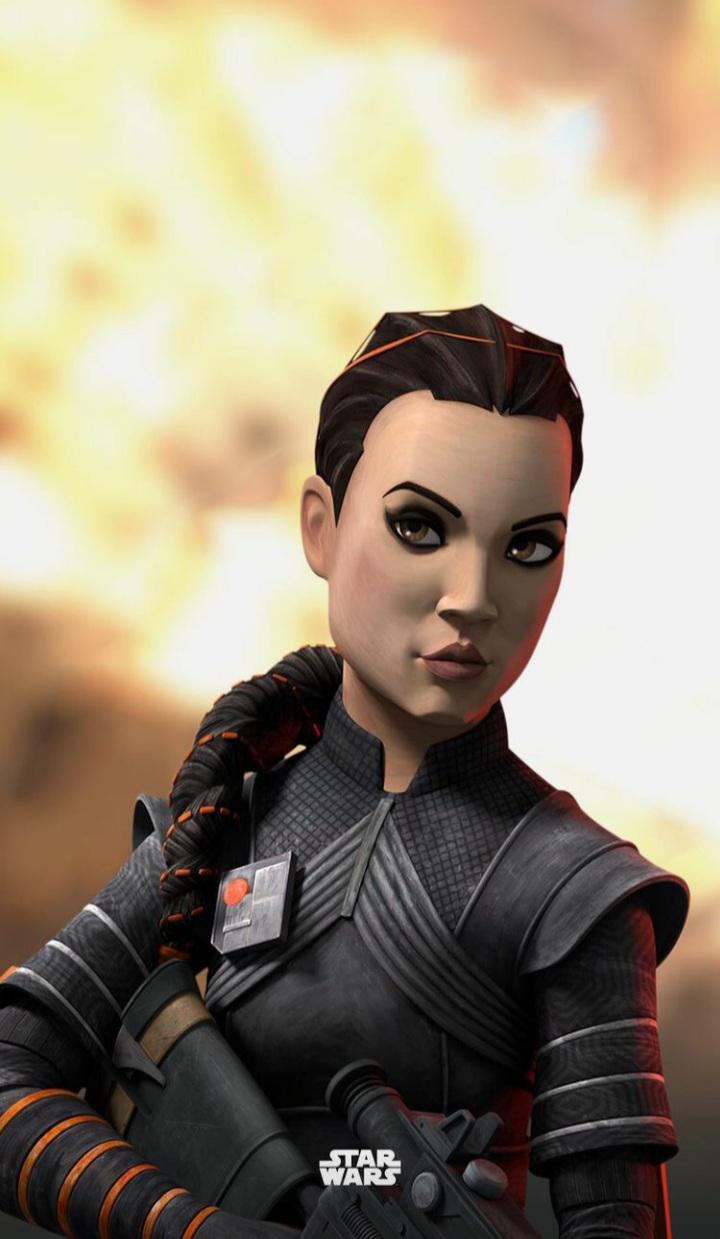 Fennec sure does look pretty.

It’s interesting that Fennec is like the only character they’ve shown off beforehand. Based on the way that they’ve marketed some of these other shows and seasons, I wonder if she doesn’t have that large a role in the show.

It seems like half of people are in love with the Fennec Shand animation model, the other half hate it. I’m okay with it - it differs only slightly from what Fennec looks like in live action - but I think we need to see it in motion, and in the final product.

Tarkin’s model is similarly very sharp-edged, more so than either his Clone Wars or Rebels designs, and in the trailer I thought it looked fine. 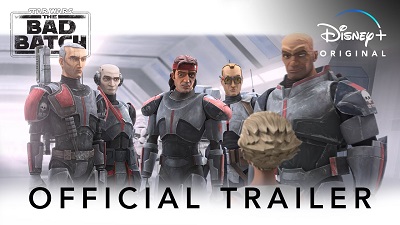 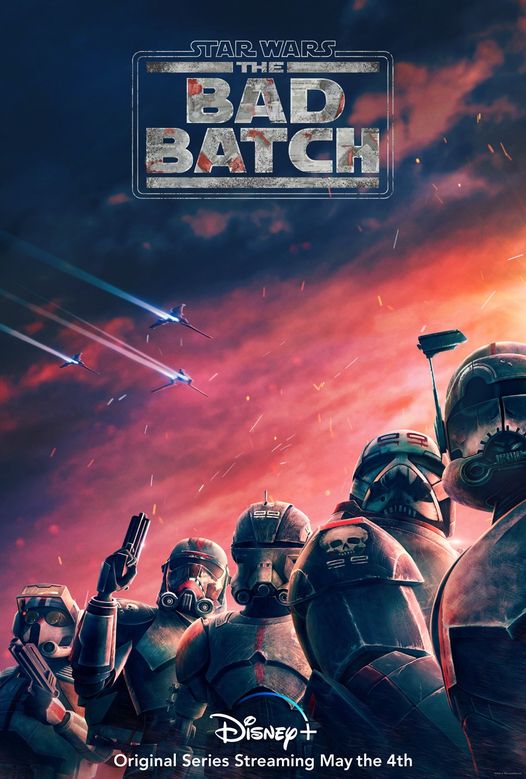 That trailer was great! The plot of Clone force 99 being hunted by Tarkin and the Empire because they’re too much like conventional rebels (a ragtag group with their own principles and methods) is shaping up nicely.

Some people have noticed that Crosshair is absent from the group in quite a few shots - it’s possibly he might choose to stay with the Empire and become an antagonist. I’d like this, it would upset expectations and make the choices of the other members more compelling, in a way. Also, conflict within the main protagonists is usually good to watch.

Possibly some kind of strand-cast of a clone? With the accent sounding Kiwi there’s an inference that she may have a connection to Jango (or do all clones have a Kiwi twang?).

Omega as a name? An inference that she could be the last clone… (or a ‘last batch’ of clones?)

Should be intriguing to hear her story…

I didn’t catch her name in the trailer.

I more meant… Clone Wars and Rebels both had incredibly negative reactions to the kids at the centre of the shows, Ahsoka and Ezra respectively, until a few years later.

Ah, her is name mentioned with the subtitles on the trailer turned on 😉

I see what you mean re kids in the earlier animated shows… IF she is a clone then then she’ll likely age quite rapidly until adulthood?

Hopefully the show-runners will do a decent job with her - whether she is a main or recurring character.

A lot of people seem not to like (her? I think?) because they don’t like the idea of a child sidekick to a squad of murderous commandos, which is somewhat understandable. But I wonder how many of those people, if we’d known there was going to be a baby in The Mandalorian before season 1, would’ve complained about a child character in a show about a badass bounty hunter doing badass things.

The ‘outlaw who kills for a living becoming a father figure’ premise is one of the best things about Mando, and with a few shots of Hunter and Omega together in the Bad Batch trailer, they might well be taking the same direction.

I’d also be surprised if they were killers, I feel like any time Star Wars “heroes” in animation face off against a person (or rather non-droid, non-creature) they tend to use stunners rather than blaster fire.

I love how people don’t like Omega already. It’s the same type of fan who hated Ahsoka and Ezra, but then they grew up and they love them. It’s like they lack the self-awareness to realize they’ll probably love Omega by the end of the series too, if she grows in a similar way to Ahsoka and Ezra.

She’s the character I’m actually the most interested in. So she is a clone of Jango, but with two XX chromosomes instead of an XY. It’s a really cool idea I had never even considered before. Her perspective and place in the galaxy will be fun to explore.