So I’ve been amazed recently by not only the incredible ideas and changes that individuals are coming out with, but also the way that the commuity as a whole are rallying around those ideas to add insight and further thought in a really focused way. A good example of this being the puppet show idea that’s recently burst into focus over in Hal’s TROS thread.

This community is such a talented place - with the thinkers and ideas people being just as valuable as those with technical skills - but I’ve been thinking that there’re so many disparate locations where ideas come up, that there must be brilliant ideas that’ve gone undiscovered, or as-yet unthought.

So I was thinking I’d see if there’d be interest in something like community focus months. These wouldn’t get in the way of any existing edits or seek to impose anything at all on any editors, but would instead take a single movie (or maybe a TV show), and give it a focused place for discussion, for a limited(ish) time period. I know we have major episode working threads, and we have the radical ideas threads, but I imagine these monthly threads as a place where, for the month, everyone who was up for it might:

To my mind, the quality of output of this community always leaps forward when multiple people focus on a single goal - often quite a small goal. This would be an attempt to create an environment to foster that. I don’t intend it to be particularly structured (my bullets above wouldn’t be a prescriptive bit of homework or anything), but for example it’d be an opportunity for us all to take Phantom Menace off the shelf at the same time and collectively think “These edits from this editor work really well, these edits from this other editor work really well, I think there’s an opportunity here to do X, a while ago someone mentioned Y idea but the technology wasn’t quite there, I like what editor Z seems to be doing but they may need support”, etc etc.

Do we feel like there’s value here? Or am I being redundant around all of the existing threads?

Edit: Accidentally replied to myself. 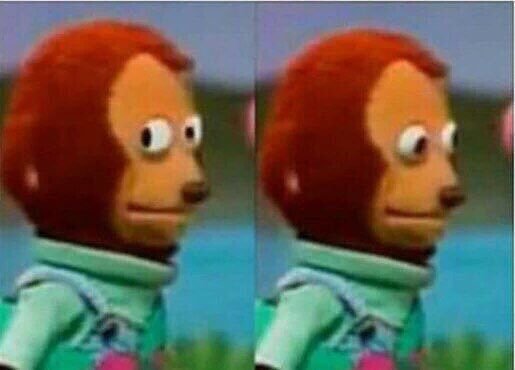 lol, but really this might be a good idea. It seems like it helps to have a definite project to contribute to but open sourced clips and ideas could be useful as well and generate discussion.

I’d be up for such a thing, it’s always fun to come up with ideas 😃

I like the sound of this idea! To be honest I’m having trouble totally envisioning what you are trying to describe, though. Maybe you could potentially get the ball running with a thread for March? Maybe you can pick a good place to start the conversation.

Yeah, I’ll definitely try to get it kicked off with a bang, so it’s nice and clear what the idea is. If it ends up falling flat I can just… not continue it for future months.

Haha, that’s exactly the reason why I tend to delete my editing projects once their “finished”.

This might not be the right place for this, but I wanted to have a discussion with you guys regarding some thoughts I’ve had that could potentially be used for fan edits.

Something I love about the OT films, especially the very first Star Wars film, is the texture you get from 35mm film and analog music recording from that era that no longer see very much in modern cinema. With Star Wars being a used, lived-in universe, I think the imperfections of film grain and analog saturation really added to that aesthetic. When you go back and watch the films, especially the Project 4K or Puggo Grande versions, it makes the films feel almost like an artifact or a treasure from some bygone era.

It probably makes more sense to simply modernize the OT to fit a more contemporary level of quality, but I think there is something special to that old school look that I think would help make the newer films feel more like Star Wars, strangely enough.

I would really love to explore ways to “age” the other Star Wars films to be more in-line with the Original Trilogy. I could see how a film like Rogue One could benefit from this treatment, with it’s narrative proximity to Star Wars 77. But I’d also be interested in seeing how this would work with the other Saga films.

I believe Nev has made some LUTs that has some film grained added. I might be wrong. I also know snooker had made some tests with some of her prequel trilogy edits that gave them a more grainy film look, plus remixing the audio to sound more analog. She even redid some effects shots to feel more in-line FX wise with the OT. It’s kind of ironic, but I find an appeal to actually making some of the effects worse. Perhaps trying to “age” the newer films would feel inauthentic, but on the other hand, it could be a clever way to make all the films, new and old, feel more cohesive. Would love to get some thoughts on this.

I saw a trailer for AOTC from a 35mm copy that was super grainy and it actually looked great and made the CGI look 1000 times better. I think the prequels definitely need that. The sequels look pretty good already but some grain could look nice.

I actually almost shared that too! I know people over on the preservation threads are working on prequel film preservations, or filmized versions of the prequels. I could see how one could use those as a base for a potential fan edit.

This is as good a place as any, RogueLeader!

I’m so on the fence about this. On the one hand, I totally get it. There’s such a warmth and charm to this aesthetic, and the films do suffer from a lack of cohesion.

On the other hand, it’s like I was saying in my Clone Wars thread about the “rocks in the stream” approach to editing: There’s such a momentum now behind the current output, that the volume of ‘new’ stuff is going to quickly eclipse the ‘old’. If we want to bend the new content to match the old, we risk giving ourselves a Sisyphean task as new content is constantly output. Should we add film grain to the existing eight non-OT movies? And future movies? And episodes of the live action shows?

That said, I see exactly where you’re coming from, and perhaps there is a middle ground. I think the ‘best’ Star Wars aesthetic is somewhere between:

I would then conclude that the Mandalorian probably nails this just right. Lived-in, realistic, good-looking without being CG dependent, modern direction, but compatible with the OT source. And luckily, that’s likely what they’re going to continue with.

So, I’d argue that yes, there’s certainly value in normalising the aesthetics - but into the ‘modern’/Mando standard, because I think (1) that standard best represents what we’ll get more of and (2) because it’s good, what it may have lost in classic charm it gains in its ability to tell a story via a modern directing language.

Oh, and regarding this thread’s core idea: I absolutely will start making focused threads sometime soon, but I’m going to wait until the massive fantastic chat around TROS dies down, because right now that’s where the community’s focus is. (Essentially I’d hope that my focused threads can inherit all of that lovely momentum once TROS doesn’t need it.)