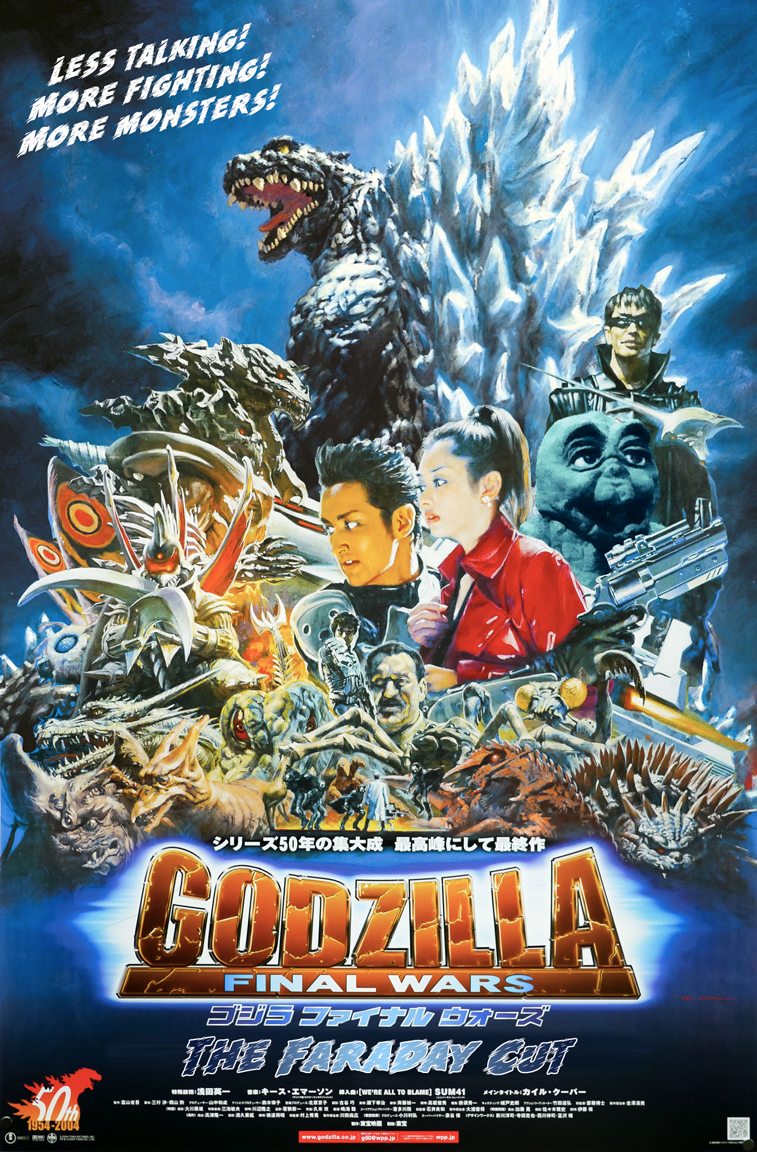 Synopsis: When an alien invasion force releases all of Earth’s monsters, Godzilla must battle his way through a high-octane gauntlet of his greatest foes - with the help of a few unexpected friends.

Godzilla: Final Wars is the third in the series of Godzilla edits I’ve done for my six-year-old son, albeit the second I actually completed. I’ve sat on it for a while because I worried it might still be a bit too intense, or even too heavily edited down, but after rewatching it with some distance, I’m actually quite proud of this edit.

As always, the aim is to create a film that’s suitable for a child to watch - and Godzilla: Final Wars was not intended to be a family-friendly movie like the Showa Era movies I’ve previously edited. There’s a lot of sleazy content suitable only for adults in this one, and it’s on purpose, not just a result of being the product of its time. Despite having my favourite monster costumes of any Godzilla movie, and some of the best fight choreography, I actually firmly dislike the theatrical cut of this movie; it’s supposed to be a celebration of the Godzilla franchise, but instead, it feels almost disdainful towards it at many times. I wanted to change that, and make an edit that was a love letter to the whole lot of them. The movie is cut down to a frenetic 45 minutes of excitement, thrills, explosions and delightfully campy performances.

Overall changes to accomplish these goals: