If episode IX really is the last saga film, I want to see the stakes as high for the fate of the galaxy as always, but I also want to see the stakes raised high against the nostalgia of the audience as well. Imagine a return to Tatooine in a replica of the original movie, with an oughnslaught looming, and our heroes hiding out in the ruins of the Lars homestead or Obi Wans hut. Visits from the force ghosts when all hope seems lost. Snoke revealed to be the creator of the Skywalkers and has an obsession to destroy them. Imagine the possibilities. I want it to be similar to the Deathly Hallows part 2, where iconic locations and characters are not safe and anything could happen. That’s just my opinion, what do you think the last saga film should look like?

Mod Edit: Please do not use this thread to bash on TFA/TLJ/Disney/KK/RJ/JJ/SJWs etc - there are plenty of other more relevant threads where those conversations have taken place. Thank you.

It needs a bigger Starkiller Base and some average-height furry natives that help the heroes topple the Empi-er, First Order.

I don’t for a minute believe IX will actually be the final numbered episode. There’s no way Disney’s going to do nothing but anthology films ad infinitum after 2019. My only hope is that they allow a reasonable amount of time to pass between trilogies. Maybe start another series in the distant past a la KOTOR and then come back to the “present” in ten years or so.

Anyway, as for what I hope to see in IX, I guess some sort of resolution for Luke? It’s hard to say without having seen VIII.

Didn’t you get the pan-galactic memo? Ix changed his name, he goes by Ford Prefect now. 😄

I want a portal to open between the Star Wars and Dune universes, allowing Rey & co. to visit the planet Ix.

Title: Rey-turn Of The Jedi

The Drink in Question

A definitive end to the Star Wars story would be a tricky to write as destroying whatever Dark Side faction would be anticlimactic as the conflict goes beyond the physical.

Luke finds out Leia is NOT his sister after all!

Title: Rey-turn Of The Jedi

The force ghost of Obi Wan (visual or audio) would be a welcome inclusion - even if it’s ‘just’ a shot/scene or two with other force ghosts.

If only there was already a thread talking about this movie.

If only there was already a thread talking about this movie.

It’s okay to have more than one thread on one release, mate.

The OP seems to want to discuss the high stakes (eg, the fate of the galaxy) at play in the film; in the context of it being the last film of the Saga - ‘where iconic locations and characters are not safe and anything could happen’…

Seems the premise for a potentially decent thread, that 😃

I expect we’ll be seeing a few more threads on TROS - given it’s place as both the final installment of the Sequel Trilogy, and also the Saga itself.

Personally I don’t want high stakes. They’ll probably build another super-weapon. But I’m not really interested in that. We know the weapon will be destroyed.

What I’m interested in is Ben Solo. Will he live, or will he die? This is a good question that could go both ways. In my opinion this should be a pivotal part of the drama. Not will the Resistance win… of course it will. But will Ben survive?

I agree. I’m hoping for something a little more cerebral. More along the lines of Empire, Rogue One or Solo. Fine to have some big battles and high stakes, but we’ve already had three films where a giant weapon has to be blown up at the end of the film.

Perhaps a smaller smart weapon Threepio has to talk into not detonating? 😉 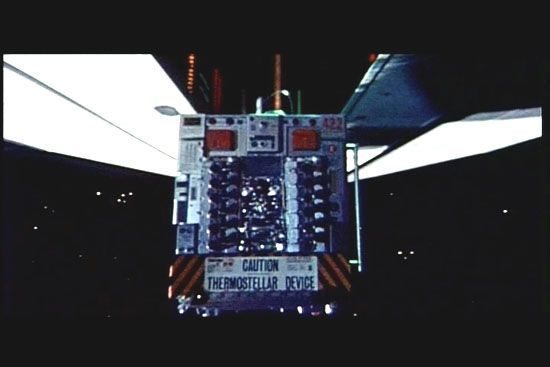 Kidding aside: I’d be completely ok with that. He’s the first voice we heard in 1977. Only fitting that he’d be the last one we hear at the end.

Bonus points if it is called “Laser Moon”.

Kidding aside: I’d be completely ok with that. He’s the first voice we heard in 1977. Only fitting that he’d be the last one we hear at the end.

If this is really closing out the saga, it might just be a flash forward with Threepio telling the whole story to a group again. That would certainly align with Lucas’ stated intent for our favorite droids.

And then he puts Hux’s head on a droid body so he can keep abusing him. 😛

Hux cuts his own head off in a hilarious pratfall.

The ewoks make their triumphant return and destroy the First Order.

Well, one of Lucas’ early concepts was primitive Wookiees being taught to fly rebel ships. I’d be up for a few Ewok pilots at least.

And welcome to the forum, philraid!

Maybe give Chewbacca a moment of glory, and bring Warwick Davis back as Wicket.
And thanks.