I’m sure to some degree it is, some films more than others (heavy post-production modification is a hallmark of modern film since Amelie and O Brother Where Art Thou?), but fine-grained filmstock and large format filmstock can look relatively grain-free compared to the chunky, grainy filmstock of the seventies. Your modern 35mm film will look more like Lawrence of Arabia than 4K83 even without any degraining – much more subtle.

Agreed about color grading. It’s necessary to regrade films for Blu-ray, but people don’t seem to have as much of an interest in color fidelity as they should. It often doesn’t even seem to be a goal at all.

I had no idea that there was 4K versions. Since I don’t have a 4K TV, I only watch the Blu-Ray versions!

That’s really cool! I feel so guilty for not being here regularly. 😦

Lets rule the galaxy as father and daughter. -Rose Nessa to her dad

Despecialized looks better than I ever dreamed I’d get to see the OOT look. I’m pretty ecstatic about finally having it.

FOX Video Fullscreen VHS if I’m eyeing the theatrical color timing and sound, and Faces Laserdisc if I want to see the full widescreen image.

Wow i haven’t watched the films on VHS in a while. Not since buying the Fox rental tape just to review it/compare it to other releases. My go to versions in the 1990s were the pan and scan one last time set and the pre THX pan and scan set. I last watched Return of the Jedi as 4K83. Haven’t found a good HD version of Empire 1980. And i only watched some of 4K77 because i haven’t had the time to really sit down and enjoy it.
I also haven’t watched the Evergreen Japan Laserdisc of A New Hope yet and had planned on doing so.

it was nice. thanks

I prefer the Adywan DVD 9 edition. The 4K77 DNR and Harmy 2.6 editions are fantastic and I have several of the licensed releases including laser disc. But for the wow factor Adywan is my favorite. Mind you im watching on a OLED Bravia TV and not a 4K projection monitor.

Is it okay if I say the way I watch all of Star Wars currently:

Currently:
4k77
ESB Grindhouse (Dreammastered has too much compression and cleanup artifacts for my taste)
4k83

Once 4K80 is available, I’ll try and get all three of them. Haven’t seen any of the 4Ks yet.

I’m still trying to find a good HD version of Empire. I assume i won’t have one until 4K80 is released.

Puggo Strikes Back is the best i have at the moment but its SD.

I also have the absolutely terrible 2006 Bonus DVD which is not anamorphic.

I haven’t seen the latest version of Despecialized of Empire in HD, I had the old DVD 5 version from 2011?

Of course, when Harmy’s 3.0 versions of Despecialized are released, those will almost definitely become my definitive versions of the OT films. From what glimpses he’s shown so far, it looks like they’ll be the perfect blend of polish and authenticity. 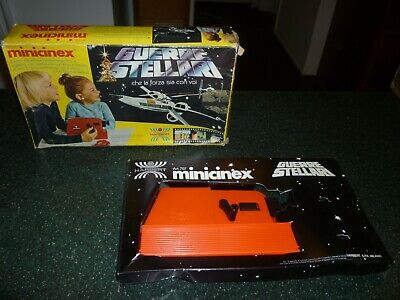 https://www.youtube.com/watch?v=shJX9VfPDss - a 13 minute video from the Nathan Butler youtube channel