Judging by what Ady has provided, I would probably say that 2020 is stretched… Who knows? I’m welcome for anyone to correct me if I’m wrong!

SOLO - A Colour Corrected Star Wars Story
Helping Hal 9000 and tackling many projects myself so PM me with your fan-editing questions!
(My homeworld is Australia so be wary of timezones)

Judging by what Ady has provided, I would probably say that 2020 is stretched… Who knows? I’m welcome for anyone to correct me if I’m wrong!

I’m fairly certain the 2020 version is stretched. I haven’t given it the most thorough comparison by any means, but I chucked on a couple different releases and the image dynamics of the 2011 set seem consistent with earlier releases in terms of “stretching” (or lack-thereof), compared to the 2020 4K disc I put on which definitely seems to have a slight pull to the objects in the frame.

I also could be wrong and am happy to be corrected, but judging by some of the other poor presentations with this release a stretched image doesn’t seem too far fetched to consider.

Having compared the 35mm scans to the 2011 and 2020 SE, I believe it’s the 2011 bluray, that is squished, not the 2020 SE that is stretched. The releases from the pre-DVD era are all unreliable in terms of aspect ratio.

Assuming the front of the Falcon’s cockpit is a perfect circle (which it may not be), it seems to be slightly wider than it is taller on the 2020 image which I think suggests it has been stretched. Only a very rough measurement so I could be wrong.

One thing I find a bit odd is that pretty much every other screencap comparison I’ve seen shows the 2020 versions as being darker than the 2011, but with these it’s the other way around…?

Keep in mind these are all shot with anamorphic lenses, so things can get squished or stretched based on their position in the frame, i believe.

Also interesting to note the 2004 ESB release was complete well before the ANH and ROTJ was finished and was colored by another person entirely seperate. Might have something to do with the weirdness.

Wow quite a big jump in detail isn’t it.

Assuming the front of the Falcon’s cockpit is a perfect circle (which it may not be), it seems to be slightly wider than it is taller on the 2020 image which I think suggests it has been stretched. Only a very rough measurement so I could be wrong.

One thing I find a bit odd is that pretty much every other screencap comparison I’ve seen shows the 2020 versions as being darker than the 2011, but with these it’s the other way around…?

I just checked, and the front of the falcon has the same oval shape on the 35mm for that shot.

Sounds like the stretching/squishing issue favors the 2020 version, but what about this cropping?

What is the reasoning behind any cropping? What is the purpose of additional cropping? Is The Empire Strikes Back cropped throughout?

What is the reasoning behind any cropping? What is the purpose of additional cropping? Is The Empire Strikes Back cropped throughout?

All Blurays produced from scanned film have to be cropped to some extent to cover up edges of the frame, and things like the soundtrack. Different shots might require different amounts of cropping. When these films were originally projected in theatres, they were ‘cropped’ by the projectionist, but obviously you can’t really do that with a TV so the Blurays have to be cropped by the studios producing them. Clearly some times more thought and effort is put into this than other times.

My goodness, that’s the best comparison I’ve seen in the improvements in the color for this 2019 release. Certainly a much better source to work off in that respect.

How much extra detail there is, seems to vary, but pretty significant in some areas. Shame there’s so much DNR in the image a lot of the time, it looks just awful zoomed in from that aspect.

For the collectors among you - the ‘Skywalker Saga’ 4K box set - (18-discs, with a different box for disc housing) from Japan…

I had a look at the old and new versions of ANATOMY OF A DEWBACK and THE BEGINNING. The former is on the 2011 box set and the latter is on the 2001 TPM DVD.

Aspect ratios are both wrong, 4:3 with silly wee widescreen box in the middle, though the 2011 one has the frame more squished horizontally than the 2020 one does. The two encodes have different scanline arrangements (2011 is interlaced, 2020 uses interleaved fields); I’m wondering if that’s something to do with why 2020 one has significant interlacing artefacts, but 2011 doesn’t. They both have artefacts, I mean, but the 2020 one is much worse in places. There’s a bit around the 12 second mark where a rope is swinging about, bobbing up and down, and in the 2011 it seems VLC can de-interlaced it reasonably acceptably but the 2020 one just seems not to improve regardless of interlacing being on or off, which makes me think it’s the interleaved rather than interlaced video causing the issue to at least some extent.

Right, so… THE BEGINNING is perfectly fine on the old DVD version of THE PHANTOM MENACE. That’s something, although it’s incredibly frustrating that we couldn’t just get that encode ported over to the Blu-ray box set (and got an aliased abomination instead). ANATOMY OF A DEWBACK, however, is another matter.

This featurette was released in 1997, I think around the time they were shooting THE PHANTOM MENACE in England. The original 1997 web video (which was encoded to stream over the internet on a 56k modem, using RealPlayer) is long since deleted, but I kept a recorded copy of the files and recently dug them out to have a look. The video appears to be 320 x 240 pixels (4:3) but this includes black letterboxing; without the letterboxing it’s more like 320 x 192 px, which is a somewhat unusual aspect ratio of 5:3. Although this is the native aspect ratio of 16 mm film, this featurette seems to have been shot on video so it’s probably more significant to note that 5:3 was used in some countries as an early “widescreen” format for a while, presumably as a compromise between theatrical 1.85:1 and 1.33:1 (a.k.a. 4:3) home video. This original version looks something like this, if you crop off the letterboxing from the top and bottom: 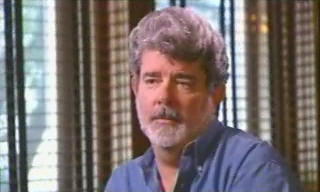 On the 2011 Blu-ray, the featurette was for some reason encoded to display as (almost) 5:3 “widescreen” on a 4:3 television screen. The trouble is, even in 2011, those were a dying breed, and definitely aren’t anywhere near as prevalent in 2020. The result of this is that the vast majority of people will watch this on a 16:9 screen, but the “widescreen” image will not even come close to filling the display on account of being restricted by the 4:3 box. The actual image is a very rough looking 700 x 430 or so pixels, inside a 720 x 540 pixel 4:3 frame. It’s “open matte” to some degree as it hasn’t been framed correctly for this release, but it’s also skewed toward one side, with the left side not cropped enough and the right side slightly over-cropped compared to the old web video. It also appears to have been slightly squashed horizontally. That one looks like this: 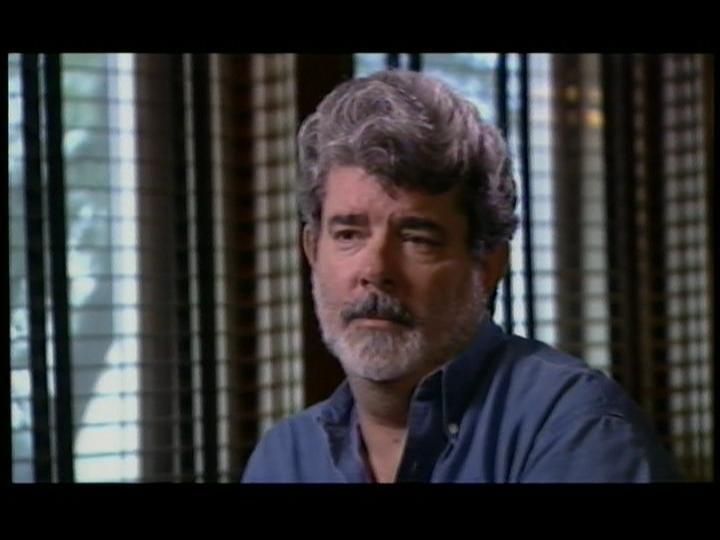 The 2020 Blu-ray is different again, with the image being about 720 x 440 but this time it’s been cropped much more noticeably on the right-hand side than the 2011 transfer was. As a result, it can’t be restored back to an accurate representation of the original framing, and to be honest, it looks like crap overall when compared to the 2011 version. It’s also noticeably stretched horizontally, from less than 700 px (I’m guessing 640 px) to 720 px: 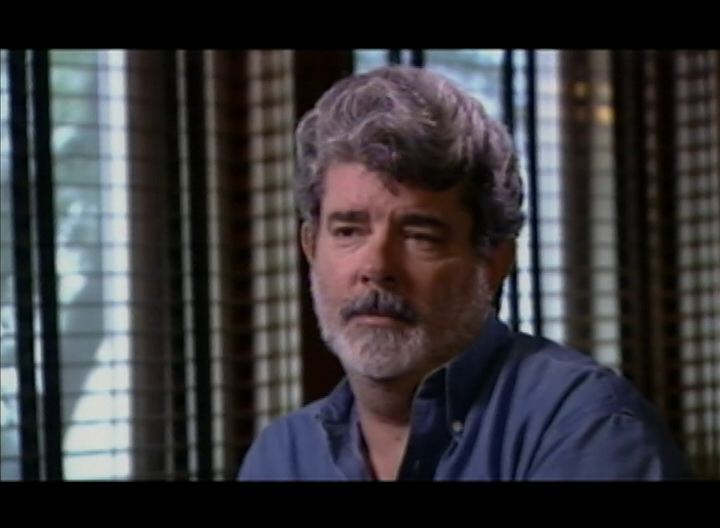 Since the least cropped (and least aliased) reasonably modern source seems to be the 2011 disc, I cropped and upscaled that (without sharpening the hell out of it) to fill a 16:9 screen, in order to ditch the letterboxing and attempt to fix (as far as possible) the slightly deformed aspect ratio. Since a bit had been cut off the right hand side, I also cropped a little bit off the left to recentre the image, adding equal borders on the left and right to fill a 16:9 screen and upscaling to 720p. Since the source was interlaced, standard definition NTSC, I deinterlaced it with QTGMC. Do not expect this to look like HD footage, because it’s not, and it shows… but it’s a heck of a lot better than the 56k web streaming version and is framed better than either of the official Blu-ray Disc versions as well.

Here’s the 1997 web version with the letterboxing removed, then the remaining frame upscaled to fill a 5:3 frame inside a full-screen 16:9 display, to show what the ideal framing would look like: 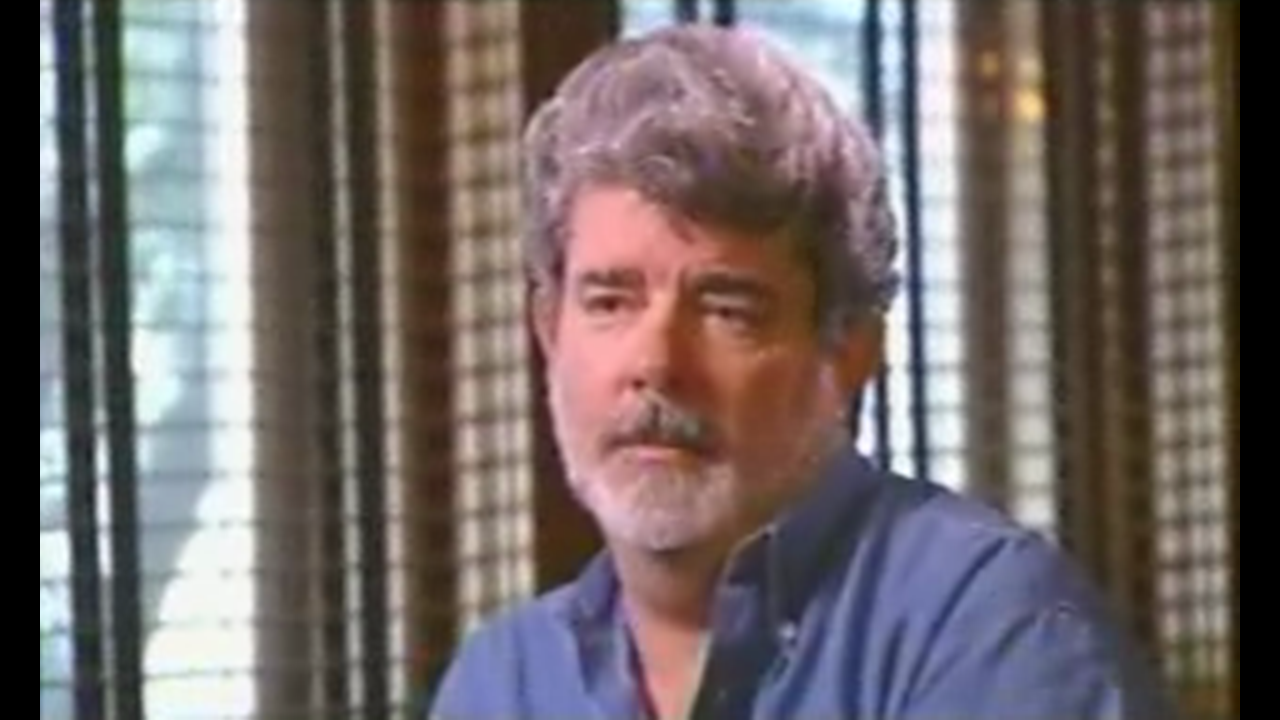 This was used to work out the most accurate crop and size adjustments for the 2011 video.

The end result is a precisely 5:3 frame with black bars at the sides to fill a 16:9 screen at 720p, instead of a tiny 5:3 frame inside a 4:3 box in the middle (which would have been great when we all used 4:3 TVs but is extremely inconvenient nowadays). 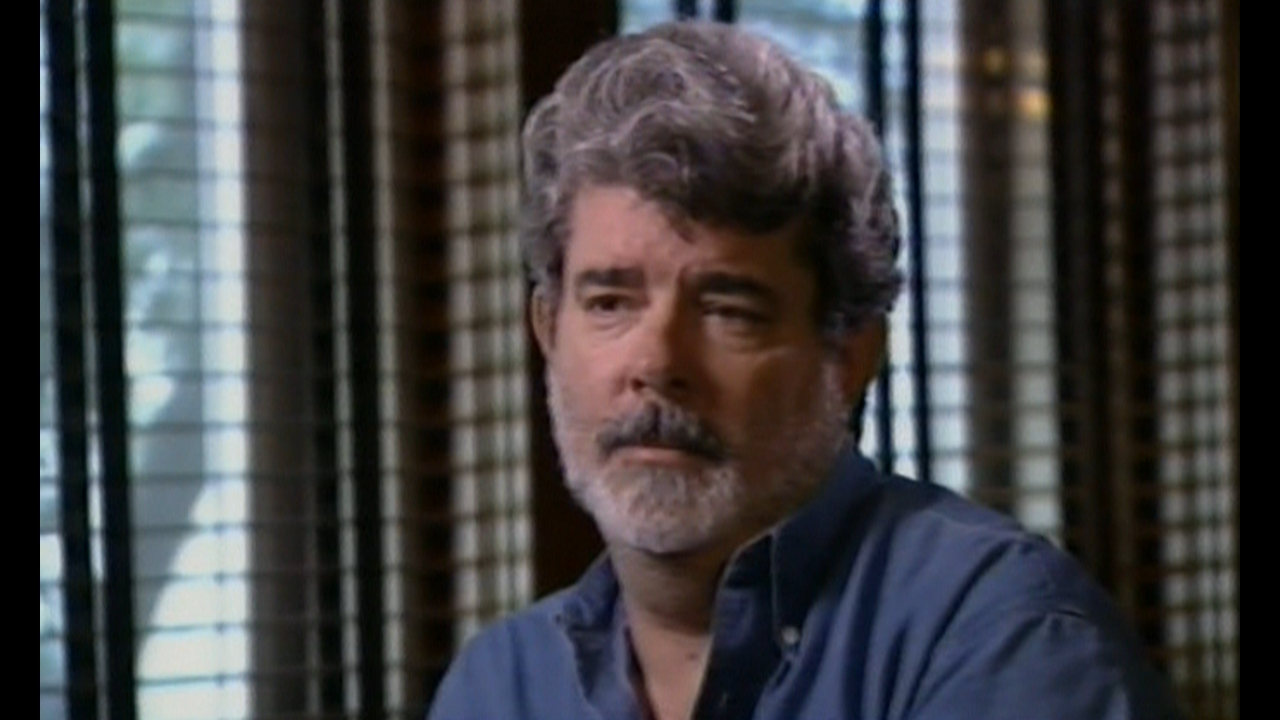 It is precisely what they did with GOUT, yes.

Some info for us UK’ers re the 4K releases…

What happened to the UK’s individual 4K Blu-ray releases of the Star Wars films? - article at The Digital Fix

^ the upshot is it seems Amazon UK may well have some sort of ‘time-limited exclusivity window’ re the recent Skywalker Saga box set releases. It would explain why the 4K release of ‘Rogue One’ has been put back / on hold in the UK - and possibly why the 4K 2019 SE ‘Skywalker Saga’ films are not currently available individually to buy.

This happens all the time and is a reason why I sometimes hang onto to otherwise outclassed DVDs. Usually they don’t take the time to convert, re-encode and worry about legacy extras and just shove them on without thought. Thus on a lot of BDs what once looked fine are filled with aliasing, noise, compression artifacts or in the worst case scenario look like low quality youtube uploads which is what happened on some Kino Blu-rays. 9 times out of 10 extras look better on DVD. It’s only the specialty labels that care to rebuild things in 1080p or present them in 1080i upconverts and preserve quality of the original standard def materials-companies like Arrow, Criterion, Indicator, Eureka. 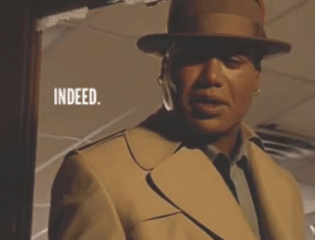 If you want a more appropriately framed version of Anatomy of a Dewback for 16:9 screens, gimme a shout.