Intention:
I’ve seen many attempts to edit Star Wars Rebels here, most of which take the form of Movie edits but after watching EddieDean’s Clone Wars Refocused I was inspired to create my own fanedit.

This is the first fanedit I’ve ever done, so the editing at times it not the best and I’m very much still getting used to the tools I’m using for this task. You’ll likely see an improvement in editing as the episodes go along.

My Goal with this edit is to address many of the concerns fans have had with this series. I’ve been attempting to reduce the overall “kiddyness” of the show: which has lead me to cutting much dialogue between Zeb and Ezra and some of the more out of character reactions to situations. I’m trying to tighten up the overall story and increase the pace of the show where I can.

I’ve tried to preserve character development and moments as much as practically possible. Which is an element I feel is lost overall in the movie style edits.

I’ve also added additional visual effects to Jedi Temple visions/scenes on Lothal as I believe these didn’t feel mystical enough. Along with some additional sound effects I felt were missing: a tie fighter explosion and a few gunshots. How to watch:
If you’re at all interested in this project PM me for the download link! Any and all feedback/ideas are appreciated! 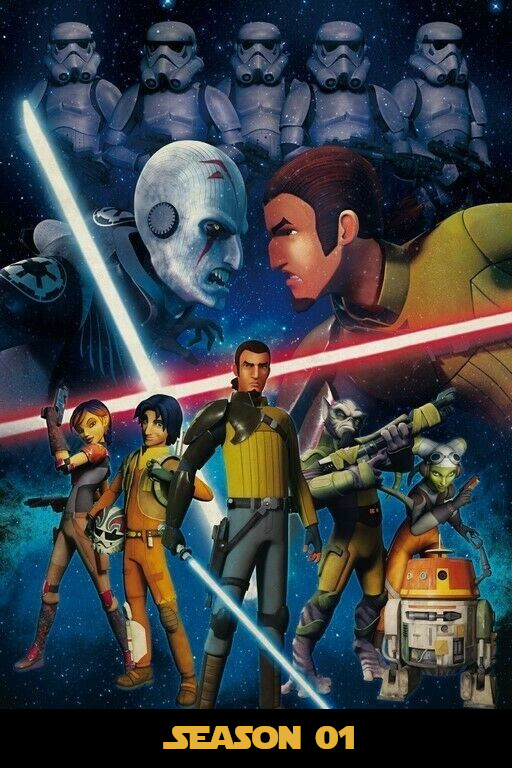 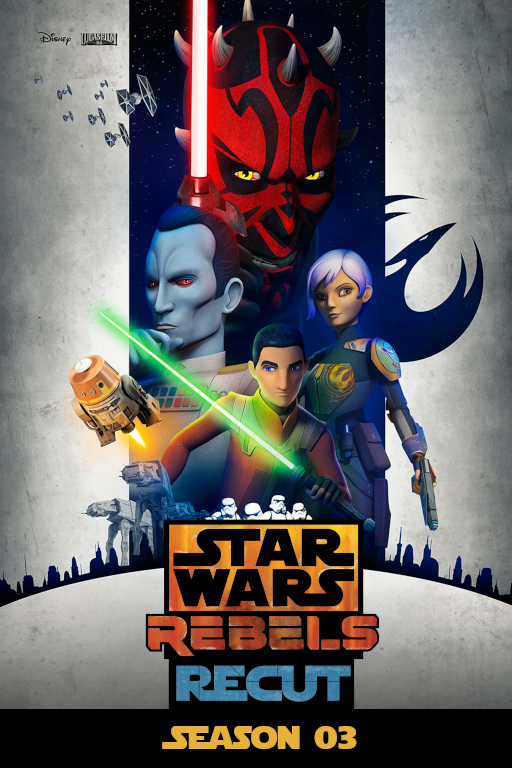 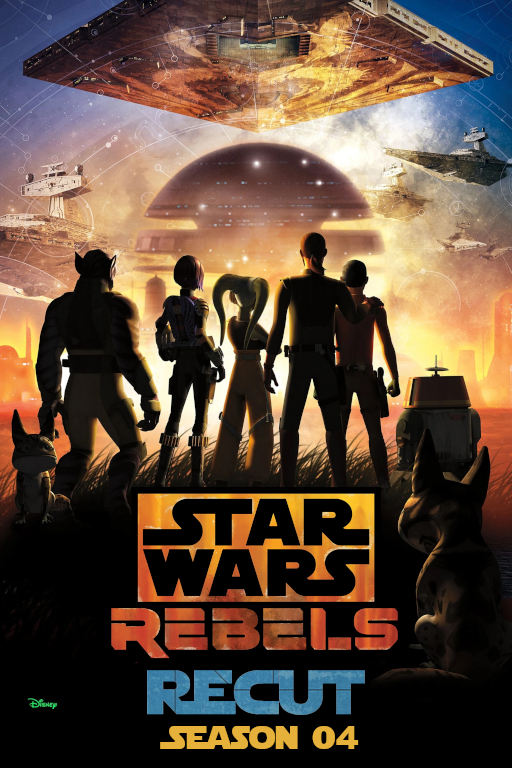 As someone who has enjoyed EddieDean’s Clone Wars and who has only seen clips of Rebels, I’m excited for this.

Progress is coming along nicely! I’m deep into season 2 now and I can feel my editing getting stronger and better with each episode! S02E07-08-09 came out nice and speedy because I didn’t need to cut much!

I’ve now updated the main post to show off some of the posters I’ve put together (mostly just adding the logo to existing works and the bottom season banner for the season posters).

Have you considered combining certain episodes? A 13 minute episode is a little silly, especially coming off the back of a 40 minute one. I don’t remember the individual plots so I don’t know how well it would work so I won’t give specific recommendations. That said, don’t be afraid to mix and match the order if there’s no plot points that reordering would mess up.

I do agree Anakin Starkiller!

I’ve been combining episodes that are in the same arc and have considered that for Fighter Flight however Rebels doesn’t tend to combine episodes too easily unless they’re apart of the same arc. In season 2 I’ve combined The Forgotten Droid and the Mystery of Chopper Base but that was a bit easier as although they’re 2 different stories they push forward the same plot point: finding a new Rebel base.

I could move it to be the beginning of another episode… however then Ezra and Zeb are suddenly friends quickly with no real explanation (the main reason I kept Fighter Flight in the first place). Given before this Zeb almost let Ezra get into imperial custody, I think it’s a needed although poorer episode.

I’ll definitely give it some further thought when I come back for my V2 of season one though! But so far my focus has been separating episodes via arc and cutting down as much bad or redundant parts as possible (hence how it got to 13 minutes in the first place). As well as adding little touch ups and small visual edits if I feel they’re necessary. E.g., Giving some added visual effects in Ezra’s Jedi trial in Path of the Jedi and the same for Kanan in Shroud of Darkness.

Looking foward to this. I don’t like Rebels and watched just the first episodes of the show, but recently I’ve wanted to watch an edit of it, since it kind of is a sequel to clone wars (I’m more interested in the ahsoka development, but if the rest is good, then I’ll give it a go).

For me it’s just so strange that we got the conclusion of the arcs of characters like Maul in a show like this, the clone wars characters looked so shoehorned in Rebels… But this is a discussion for another thread.

My edit for Twilight of the Apprentice is now released! This is probably my best edit yet. I haven’t cut much, as this episode doesn’t need too much to trim!

I’ve tried my best to remove the flying inquisitors, it’s a little clunky but it’s better then having them in!
I’ve added some lightening bolts from the old saber Ezra picks up (I felt it adds to the age and instability of the weapon before it breaks).
And I’ve modified the voice of the Sith holocron - as good as the voice is, its just Ventress from Clone Wars and I feel that doesn’t mesh too well with continuity so now it’s not recognizable as Ventress and keeps its menace.

I’ve noticed a resolution issue with Twilight of the Apprentice, I’m currently in the processes of fixing it. I’ll mark it as V1.1 once the solution has been uploaded.

After fiddling around in handbrake and removing it’s autocrop setting I have resolved the resolution error for Twilight of the Apprentice and have uploaded the fixed 1.1 version! 😃

V1.2 of Twilight of the Apprentice incoming, I noticed a few less then great transitions that needed to be fixed up which have been in this version 😃

V1.2 of Twilight of the Apprentice incoming, I noticed a few less then great transitions that needed to be fixed up which have been in this version 😃

Hey, interested in this. Could I please get a link?

Sent the link Samuel! Hope you enjoy it! 😃

I’m pretty interested in this. Can I get links please?

Can I get these?

I’d love to check this out!

Just rendering then uploading Zero Hour then my edit for season 3 will be complete! Not long now till I’ve completed season 4 and It’s back to polish up season 1! 😃

I would love to see this could I get a google drive link please and is this in Widescreen?

Hi, this sounds great. Can I get a download link?

This sounds spectacular would love a link

Does this edit remove the epilogue at the end? I’d love to have a more trimmed down version of Rebels (since I mainly just care about the stuff concerning Maul, Ahsoka, Vader, and Obi-wan), but I also want to be able to watch it during chronological viewings without a time skip at the end, so it’d be cool if you cut the epilogue out.