Those look great! I’m not a table top gamer, but I love miniature things and model building. I bought a pile of Bandai Star Wars models recently when BigBadToyStore had a really good sale on them.

The Bandai models are really fun. I’ve built the TFA Falcon and the snowspeeder, but I never painted them - I only started doing Dungeons & Dragons miniatures last fall. Now that I know what I’m doing, though, I’m thinking about finally taking a crack at it.

Yeah, I built the 6 inch Stormtrooper a while back and really enjoyed it. I got the 1/72 Y-wing, TIE Fighter, and TIE Striker, plus another 1/12 Stormtrooper. Can’t wait to built them. But I need to get an airbrush first. I painted the first stormtrooper completely by hand. I’m happy with how it turned out now, but brush-painting all that gloss white by hand was a real bear! 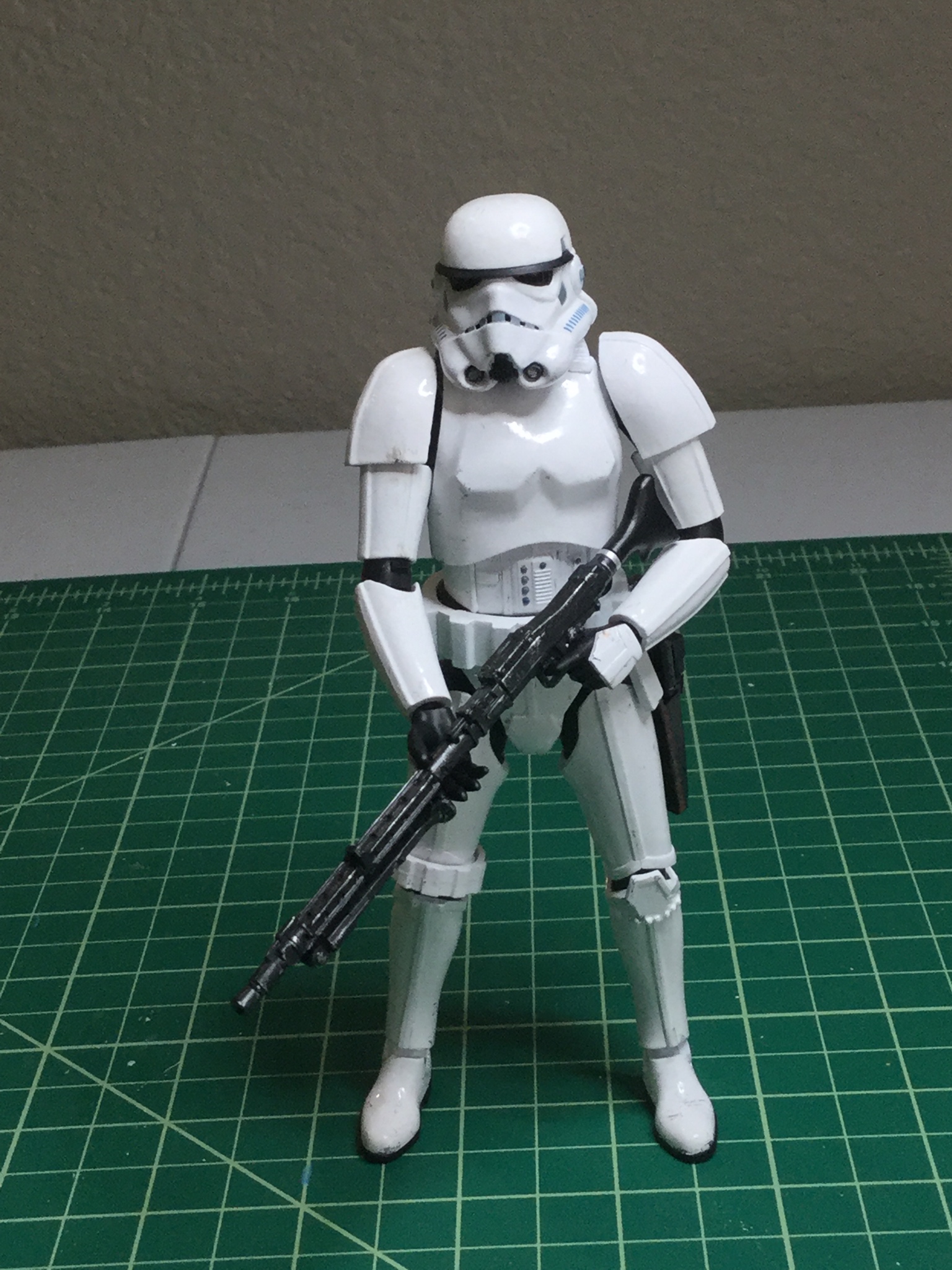 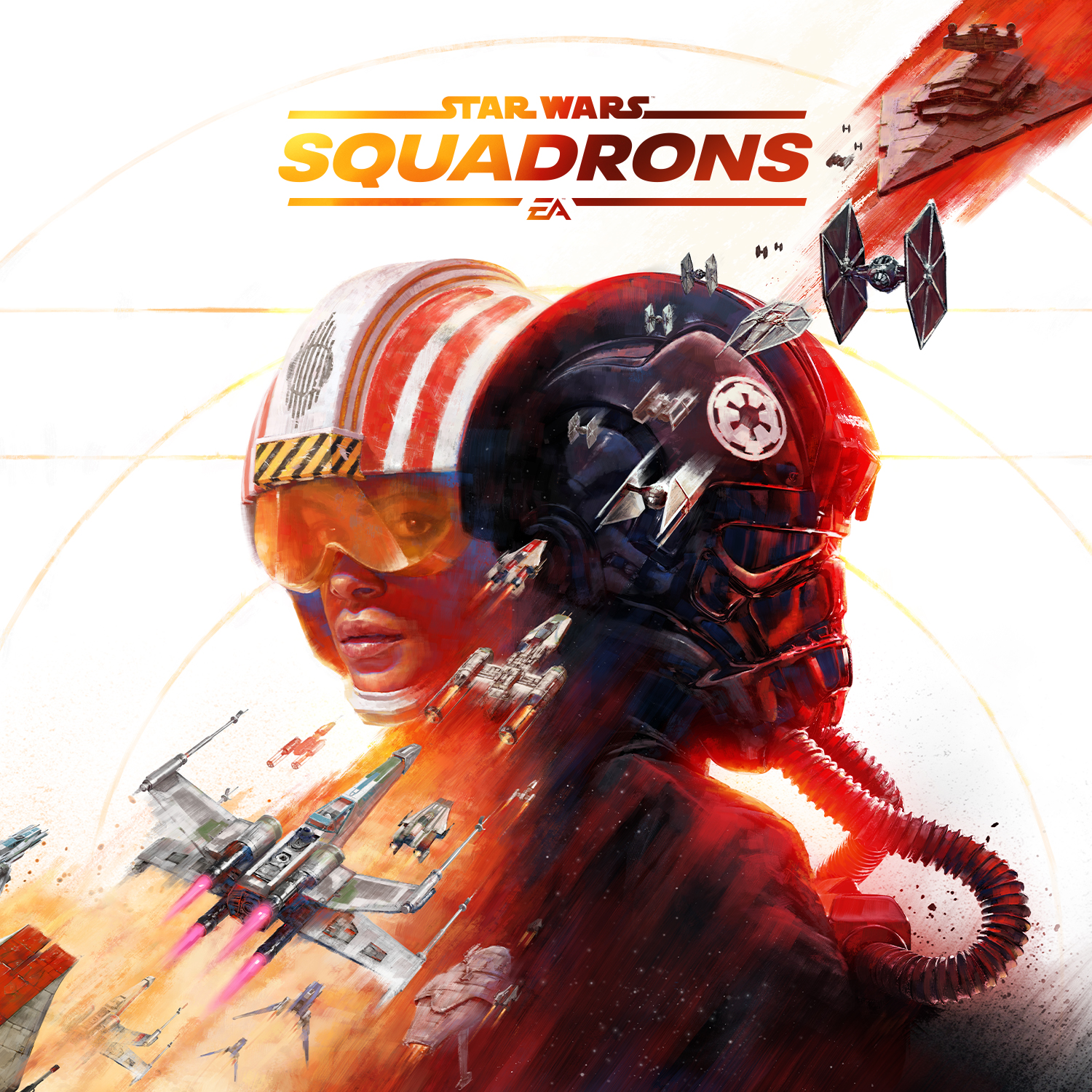 Interest piqued! I hope it’s more like X-wing and less like Rogue Squadron, but the title tells me the opposite is probably true. Regardless, I’m eagerly anticipating more info!

If this is “Project Maverick,” which was always described as being smaller in scale than Fallen Order or Battlefront, then I’m guessing it will just be an expanded version of the Starfighter Assault section of Battlefront II, with an all-flight campaign and probably more ships. Which I’m fine with; I actually like the ship combat in BFII a lot. I just hope the price isn’t out of control if it is indeed the case that this is more of an expansion than an original game.

Speaking of starfighters, this weekend I tried out the new solitaire rules for the X-Wing tabletop game:
https://www.fantasyflightgames.com/en/news/2020/5/29/flying-solo-1/

I ran the intro scenario in the rules supplement with two generic X-wings against three waves of generic TIE fighters and interceptors, then I ran my main squad of Leia in the Falcon, Luke in his X-wing, and a generic Z-95 Headhunter against Soontir Fel in an Interceptor, some character that I guess is from the Lost Stars novel in a Lambda shuttle, and two generic TIE fighters. It was fun and a lot more streamlined than the home brew solo play system I’d used before, but the AI isn’t very clever at this stage and the ships it was controlling often made “wrong” moves that no human player would make (obvious collisions mostly). These rules are only in alpha testing and I’ve already filled out the feedback form to let them know what issues I ran into; even though it’s clunky at this stage, I think it’s more fun than the more complicated systems out there and I’m looking forward to the next version.

Looks like they may have incorporated some version of the power management aspect from the X-wing game series, which is great! I always loved being able to shift power from shields to engines to laser cannons depending on my needs in the situation. It added a deeper level of realism to the whole “operating a high performance machine in space” aspect and is similar to the concept of energy management used when flying real aircraft (even though that’s managing potential vs kinetic energy, i.e. trading airspeed for altitude and vice versa).

$40 is great, but I also saw something in one of these announcement articles about preorders coming with 10 hours of free play? If this is going to require a subscription to some EA service on top of PlayStation Plus, I think I’m going to have to pass (or at the very least wait until I’m out of grad school and working full-time again).

Huh, I didn’t see that. I wonder if that’s specific to a particular platform. Like maybe you can play online on PS4 free for 10 hours before you have to pay for a PlayStationPlus. I remember when I got the first battlefront on PS4 they had an offer like that. I got to play online for about a week without a subscription. It’s one reason I opted to get battlefront 2 on pc so I didn’t have to worry about a subscription to access all the features.

I’d be pretty annoyed if they added a subscription requirement to the pc version. As I understand, very few pc games require one to play online.

EA Access** and Origin™ Access Basic** subscribers can enjoy up to 10 hours of play time at launch, along with 10% off the purchase of the full game. Origin Access Premier** subscribers will get full access to Star Wars: Squadrons on PC along with all the benefits of Basic as long as they subscribe

That sucks. I’m gonna transfer this conversation to the thread specifically for Squadrons.

Doh! Sorry - I forgot to put in a post letting everyone know ‘Star Wars: Squadrons’ now has its own thread:-

If we could keep any future discussions of the ‘Star Wars: Squadrons’ game in the above thread it’d be much appreciated - and helpful too.

Thank you all ❤️

After a brief delay, you can strap yourself to twin boosters and zoom through deadly canyons soon on PS4 and Nintendo Switch.

A little much for a 21 year old game with no multi-player, IMHO. Though it was quite a good play back in the day…

Time to dust off and fire up the N64 instead! 😃

Speaking of the old X-Wing series, does anyone know how to go about configuring a ps4 controller to play the games with on Steam? I know I ought to be playing with a joystick, and I’m sure I’ll pick one up eventually, but in the meantime I’d rather use the controller than a mouse. Steam recognizes the controller in the menus, but once I launch the game it stops working. Googling around, I found a pretty thorough guide for setting up an XBox controller, but I haven’t come across anything detailed for PlayStation. Any ideas?