I just posted a review of Rise of the Resistance on my YouTube channel: 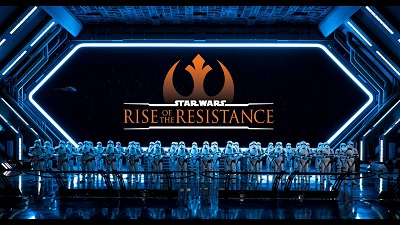 https://youtu.be/ze3xeFNAjmE - a 15 minute video at the Film Spaced youtube channel.

Edit: a video of how it all came together… 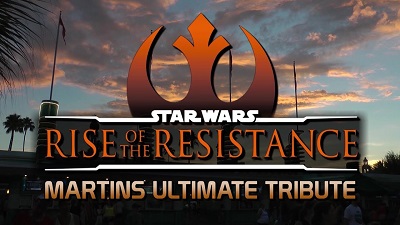 I just posted a review of Rise of the Resistance on my YouTube channel:
https://youtu.be/ze3xeFNAjmE

That looks a whole LOT of fun to experience - thanks 13las!

Finally made it to Galaxy’s Edge yesterday. Was very fortunate to get the chance to ride Rise of the Resistance, which is probably the best theme park ride I’ve ever experienced (seriously). The Falcon ride is also a lot of fun though there are some things holding it back a bit. The land itself is absolutely fantastic and the attention to detail is very impressive. It might not be a location we’ve seen before, but it is very clearly in the SW universe. I had a busy day so I didn’t get to spend terribly too much time there, but I feel like you could easily just spend half a day hanging out there. I’d have loved to just spent some more time there just soaking in the atmosphere.

My biggest complaint is a common one, the lack of music is really unfortunate. I understand they want you to feel like you actually are inside the SW universe, where there’s no soundtrack, but that’s not really what people want. People want to be inside the movies, where there most certainly is a John Williams score. The music populates the rides however, so there is that, at least.

Didn’t get a chance to go into the cantina because I didn’t have a reservation (next time) and also didn’t make a saber (not next time or probably anytime until I have money to waste). I will say, unfortunately, reports of the land being a failure have been exaggerated. I can assure you it was very crowded.

There are rumors that they’ll be updating the Falcon ride possibly some time later this year with a new mission based around The Mandalorian.

I think adding additional missions to Smuggler’s Run ala Star Tours could definitely add some nice variety, and it makes sense to incorporate Mando stuff in there. Although, they seem quite married to this idea that everything in the park takes place in a specific timeframe so I’m not really sure how Mando content would factor in, besides simply using a location from the show or invoking the Guild.

An update on the Star Wars Hotel, aka ‘StarWars: Galactic Starcruiser’:-

I’m kinda interested to see how this plays out, how successful it will be. It looks freakin’ gorgeous, though likely to be way out of my price limit!

a 30 second video of the hotel and more info:-

‘See It. Feel It. Live It. Get the details on Star Wars: Galactic Starcruiser, a 2-night adventure launching at Walt Disney World in Spring 2022. www.disneyworld.com/star-wars-galactic-starcruiser/overview/’

Bookings for this hotel are from the end of October and the hotel open in March 2022.

Is anyone going from here?

It would certainly be interesting to see some reviews or video footage from guests, given many of us would probably not be able to afford it, or if we could we’d spend the money elsewhere.