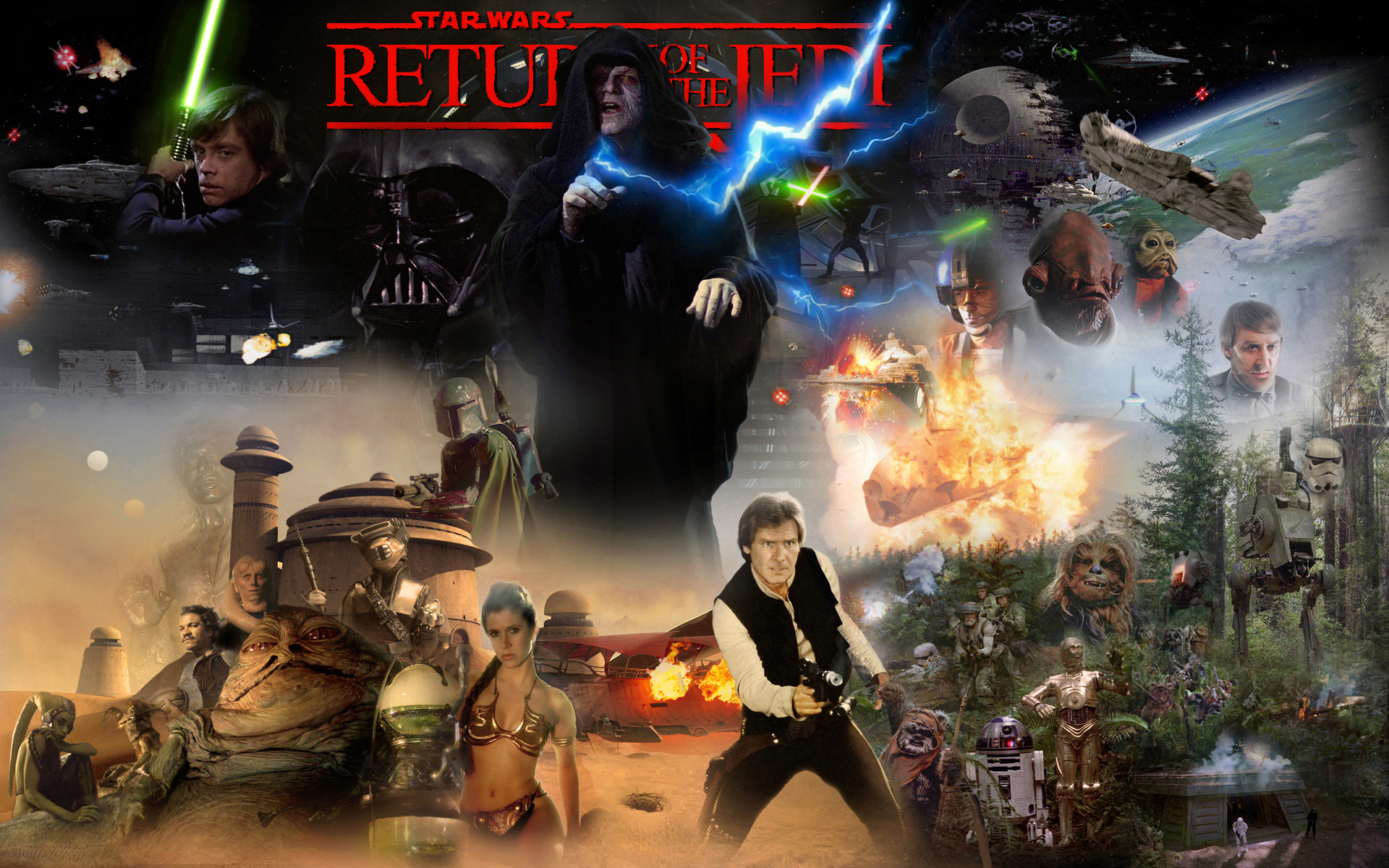 V2 has some major improvements over the first version.

Overall I’m quite satisfied with the result. There are a couple of issues in scenes where I tried to isolate voices with Audacity, as sometimes you can still hear some slight musical background, and some other times the new audio sounds a little bit odd. Also, the glow on Endor is not always perfect, and Palpatine’s eyes look too “soft” here and there. But I don’t think this ruins the experience.

This is intriguing! There aren’t enough ROTJ edits out there, honestly. Really excited to see how you plan to tackle the later chunks of the movie!

These stills look amazing - I’m very excited for this!

May I suggest that you try to have Luke on Dagobah before the palace stuff ?
Yes that creates some minor problems (fleet reunion) but also makes his character more consistent.

You mean before the whole Tatooine scenes?
I kinda like how his character looks more menacing the FIRST time he appears in the movie (mirroring the entrance in the palace to Vader’s first appearance in ANH, the Force Choke, etc). I just have a doubt about placing the Dagobah scene first because it establishes that Luke is a Jedi (yes, yes, “not yet”, but he is clearly in the light side), while keeping the Tatooine stuff first makes the audience wonder about wether he still is a Jedi or he fell to the dark side…
But I’ll surely try, to look how it works. May I ask what you mean with “more consistent”?

More consistent = Luke starting on the Light side on Dagobah and then becoming Darker.

You see the darker Luke entering the palace. And the rest of the action… it’s borderline dark side.
The same with using the Ewoks later on, again a bit dark. And the going to Vader (killing the Emperor is still killing), etc.

This linear progression also makes the audience wonder. Will Luke return to the light side by the end of the movie?
For me opening on Dagobah kind of spoils it.
It’s as if Luke goes dark one day, light the next, then dark, … 😉

That’s interesting. I didn’t think about that. I’ll try to add the Dagobah scene just after Palpatine arrives to DSII.

(sorry for editing my posts in real time, I was trying to make them clearer)

Luke’s reaction is perfect here, he seems to respond to Vader’s mental search.

Of course, you can do it your way 😃

Yes, of course 😉
But if an idea makes it better, I’m more than glad to try it.

Here is the opening.

In two of your new Tatooine shots (the ones with 3PO and R2), you used the exact same sky image as the background. Can you use a different sky background for your second shot, to make it less obvious that we’re watching a fan edit? (I know that other sky images on Google don’t really match the sky color as the one you used, but it’s possible to alter them in Photoshop to match the other sky background’s color)

I like your opening video. Just a few suggestions:

For the desert barge shots, your twin suns don’t match the light direction. Light is coming from the top right there.
And add some subtle shaky camera movement to all those shots. It’s a bit odd that the cameraman is completely static when they are going up and down dunes !

Thank you for suggestions.
About DSII… I don’t know how to do it, lol. I’ll try.
About the shuttle… at first I kept it. But in the scene with the Emperor we dont see the shuttle actually “landing” in the hangar. It’s already there. You know… if I keep those shots, it cuts directly from the shuttle still in space, approaching the DS, to the shuttle already inside.

I liked the twin suns… I think it added more weight to those flat shots. But yeah… the lights don’t match.

EDIT: I re-added the shuttle approaching. The shot of the officer saying “Inform the commander that…” fixes the problem. And I moved the twin suns in the shots where you can see the upper sky.

I’m just editing the Sarlacc sequence, but I wanted to try something here.
I don’t know if the color correction is definitive, but I’ve always wanted to use this track for Anakin’s death, especially because I will not use it in my Episode III edit.

After watching episode 5 of The Mandalorian, and the whole Tatooine stuff… I kinda liked how the desert looked way less saturated than the OT Tatooine.
In my Episode IV edit I probably oversaturated some shots… now I’d like to try the opposite.

Please use the Spoiler Code (found in the ‘How do I do this?’ on the OriginalTrilogy.com thread) if discussing episodes or posting content from The Mandalorian - thank you.

Those desert scenes are almost impossible to color correct…
I like the planet shot, looks like something out of the prequels, but the clouds are still cyan. 😉

I tried to change it just a little bit. Still don’t know if I really like it.

The planet looks OK you can keep it.