I have a hard time on that one.
I think I'd have to go with Revolver for fav Beatles album.

Love to you on Revolver has to be one of my favorite songs.
Yeah, Revolver is a great album. I would go with most people in saying it was their most important record. I just prefer to listen to Abbey Road, though. I love the structure of it.

Currently at work listening to:

I Heard It Through The Grapevine: 20 Soul Classics - Marvin Gaye
Song Of Innocence - David Axelrod
Songs Of Experience - David Axelrod
The Best Of - James
f#a#8 - Godspeed You Black Emperor!
Post - Björk
White Light / White Heat - The Velvet Underground
Frank - Amy Winehouse
Don't you call me a mindless philosopher...!
Anyone here looking forward to John 5's next album? ("The Devil Knows My Name") I thought his first two were incredible. I didn't expect much, not being a Manson or Zombie fan, but his solo stuff is excellent. Goes far beyond the restraints put on him in a band situation. Plus, he has some amazing country chops!

Listening to Within you Without You from Sgt Peppers Lonely Hearts Club Band.
And Lovely Rita from the same album.
I just got a copy of the Star Wars soundtrack on vinyl!! Woohoo!

War Pigs by Black Sabbath.
paint it black-rolling stones
i'm gonna live till I die-frank sinatra
Sound of Silence by Simon and Garfunkel.
Listening to Zelda's Lullaby from The OOT soundtrack.
Robbie Williams Rudebox. It's kinda like listening to a polka, you know you shouldn't and it sucks, but still...
“Voice or no voice, the people can always be brought to the bidding of the leaders. That is easy. All you have to do is tell them they are being attacked and denounce the pacifists for lack of patriotism and exposing the country to danger. It works the same in any country.” — Nazi Reich Marshal Hermann Goering
My brother bought this today. 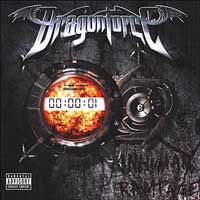 It is pretty awesome and different.
My current song is "Your Head is Too Big" by the Ditty Bops..

Music nobody's heard of is great.
Sybeman's back! Yay!

It's been a long time (long time). I shouldn't have left you (left you) without a dope beat to step to!
Hazey Shade of Winter by Simon and Garfunkel
Easy by the Sugababes. A guitly pleasure, but I just can't stop listening to it.

I've been listening to Rooney lately, one of the few modern bands that I can really get into.
"I don't mind if you don't like my manners. I don't like them myself. They're pretty bad. I grieve over them during the long winter evenings."
I really should post in this thread more often!

Originally posted by: ricarleite
I'm currently listening to Beatles LOVE, which is very good but could be better - most of the songs sound exactly as the original version.

You think?? I think the album's a bona fide modern masterpiece. Watched a docu about the making of it and love everything they've done, from slipping in bits of Hey Bulldog, to bringing the 'buried' sax solo in Lady Madonna back to the front of the mix, to playing Sun King backwards, and the new version of Octopus' Garden is fantastic!

Oh, and my fave Beatles album is also Abbey Road. The Beatles for me don't really start till Rubber Soul and Revolver's my 2nd fave, but it's just the medley at the end of Abbey Road that does it for me. I've been listening to Sgt Pepper all my life but is was discovering Abbey Road in my late teens that made me truly appreciate how good a band they really were.


My favourite new bands at the moment tho are The Klaxons (I've only heard a couple of songs but really like what I've heard) and Enter Shikari (it's like heavy metal rave :cool

FINISHED:
The Sith Revealed - A Scrapbook
Episode III The Video Game - The Movie
24: The Missing Day
Star Wars - The Interactive Board Game DVD
Battlefront - Journal of the 501st
The Clones Revealed

email me for details daveytod AT btinternet DOT com

Don't get me wrong, some bits are excepcionaly good, specially the ending choda of Strawberry Fields Forever - I was familiar with that take, it's one of the earliest takes they recorded, #2 if I'm not mistaken, but the drum solo at the end was blended with bits and pieces that mixed very, very well. But some of the other tracks are pretty much the same, like Eleanor Rigby, I am the Walrus, Lucy in the Sky with Diamonds (there's a weird guitar track on some parts, but other than that...), so it's basically 70% of the same exact songs.
“Voice or no voice, the people can always be brought to the bidding of the leaders. That is easy. All you have to do is tell them they are being attacked and denounce the pacifists for lack of patriotism and exposing the country to danger. It works the same in any country.” — Nazi Reich Marshal Hermann Goering
Well I've just d/l 'The Beatles - Love' and shall listen to it on my way home.
Cheers!

There is actually a Beatles Hate album that I d/l a week or so ago back. I think I like it better than Love.