‘Today, Disney+ debuted key art and announced the cast for ‘LEGO Star Wars Terrifying Tales’, which premieres October 1 exclusively on the streaming service. The all-new animated special continues the rich legacy of collaboration between Lucasfilm and the LEGO Group and is a seasonal celebration of the villainous dark side of the Star Wars galaxy — just in time for Halloween.’

‘After the events of Star Wars: The Rise of Skywalker, Poe Dameron and BB-8 must make an emergency landing on the volcanic planet Mustafar where they meet the greedy and conniving Graballa the Hutt. The crime boss has purchased Darth Vader’s castle and is renovating it into the galaxy’s first all-inclusive Sith-inspired luxury hotel. While waiting for his X-Wing to be repaired, Poe, BB-8, Graballa, and Dean (a plucky and courageous young boy who works as Graballa’s mechanic) venture deep into the mysterious castle with Vader’s loyal servant, Vaneé. Along the way, Vaneé shares three creepy stories linked to ancient artifacts and iconic villains from across all eras of Star Wars. As Vaneé spins his tales and lures our heroes deeper into the shadowy underbelly of the castle, a sinister plan emerges. With the help of Dean, Poe and BB-8 will have to face their fears, stop an ancient evil from rising, and escape to make it back to their friends.’

^ Announcement up on the official site (with more info): www.starwars.com/news/lego-star-wars-terrifying-tales-announce

Very interesting that this is another post-TROS story, even if non-canon. The Lego Star Wars holiday special must have been successful and I wonder if this means anything for more future post sequel media.

Worth noting that a couple of the shorts from Visions will be set after TROS as well.

To be actually on-topic about the Halloween special itself, it sounds very like the ‘Vader’s Castle’ comics Cavan Scott wrote for IDW for Halloweens in 2018 and 19. I wonder if they actively used a similar premise without consulting Cavan, because he says he hasn’t been involved at all. I hope not, but Disney do have a bad habit of not consulting authors - Chuck Wendig had no idea his character Cobb Vanth was going to appear in The Mandalorian, for example. 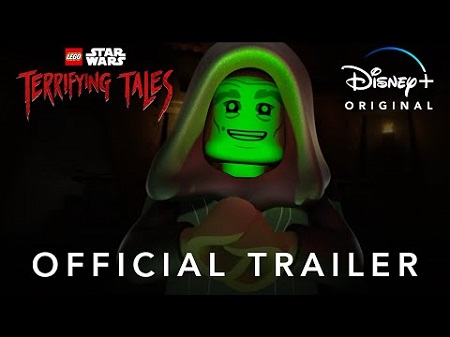 I hope you’re right, jedi_bendu - it would be good to see some more fun releases such as this and the Holiday Special… 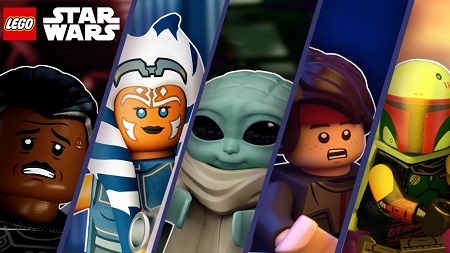 ‘Celebrate the Season: Carving Up the Competition’ - www.youtube.com/watch?v=jTqyhixoAK8 (90 seconds)