I just received the Efx PCR Boba Fett helmet yesterday. So excited to have this in my collection and it completes my “trinity” of PCR helmets. I’ve also got some force fx lightsabers in storage that I will eventually figure out how to get back out on display.

Anyone else collect props or helmets? I always love seeing “lifesize” Star Wars. It makes it feel even more real. 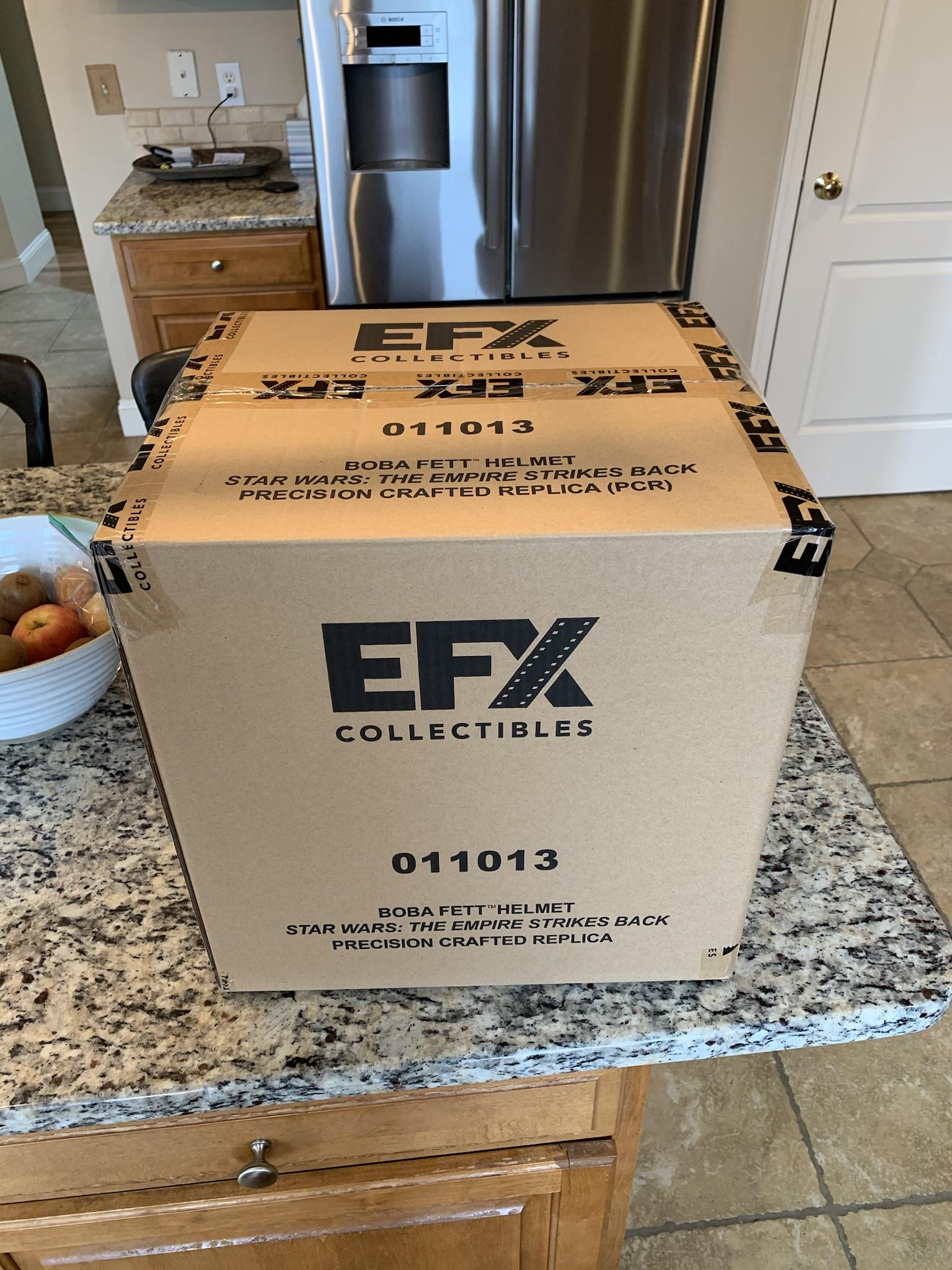 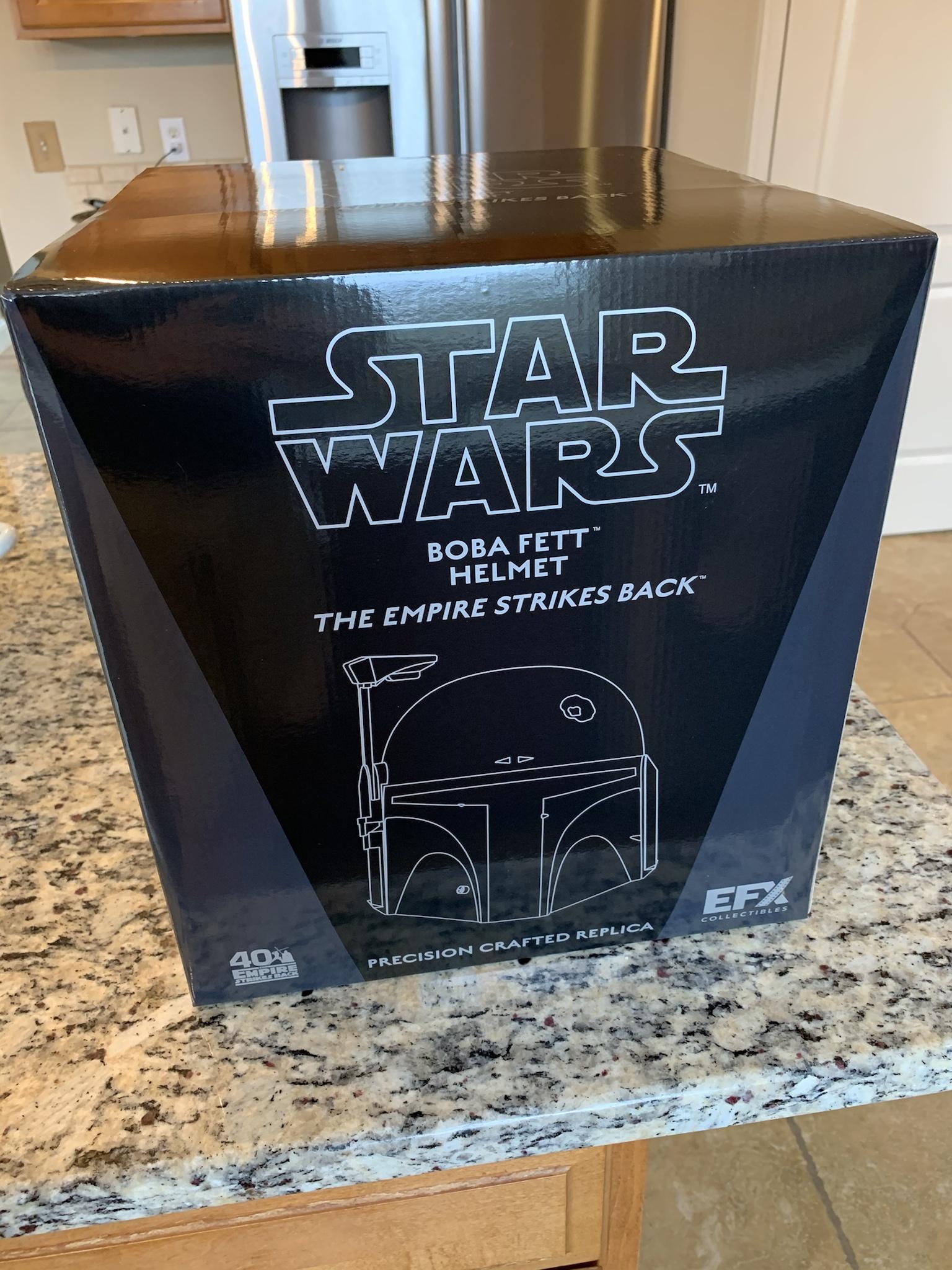 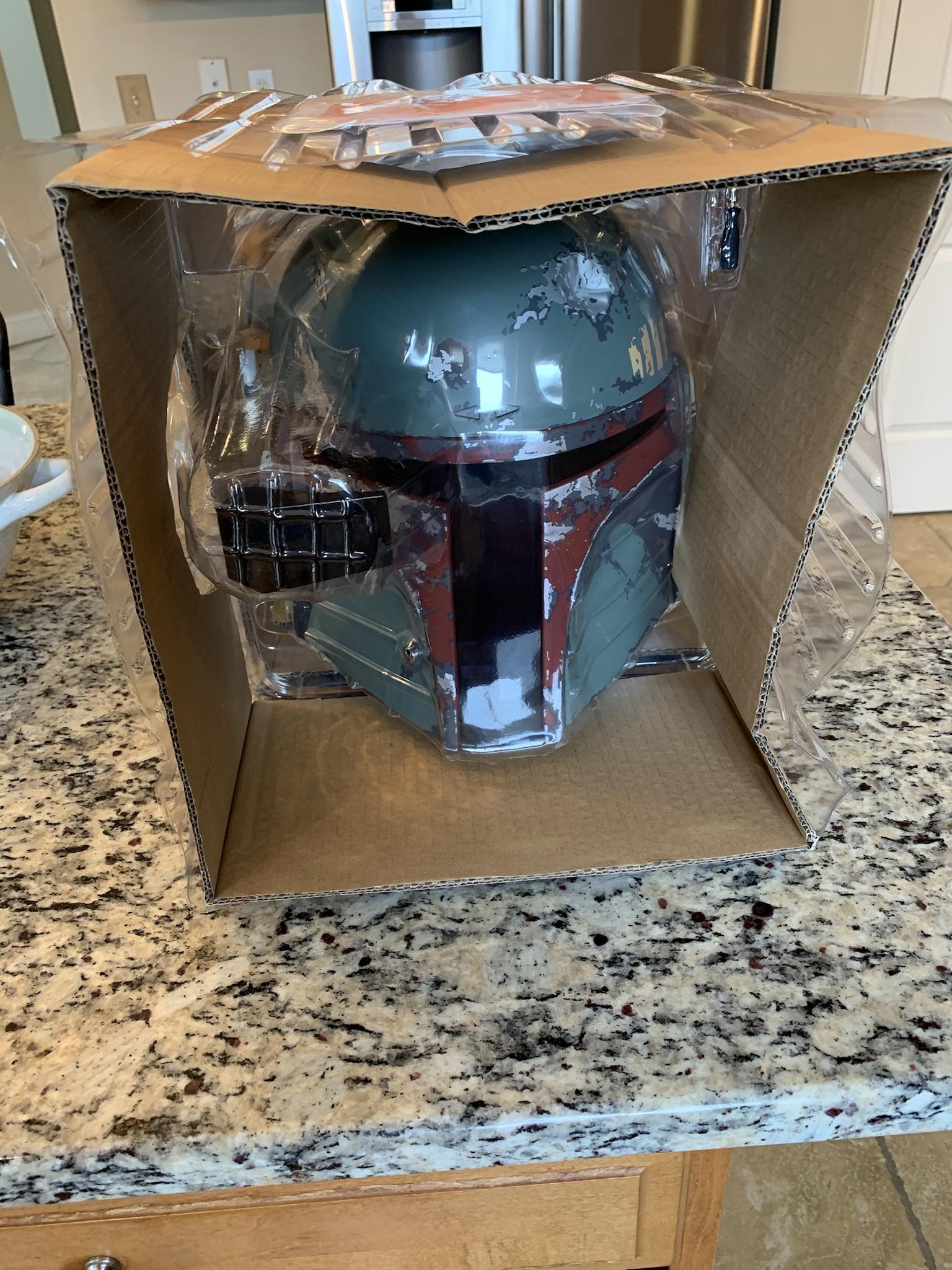 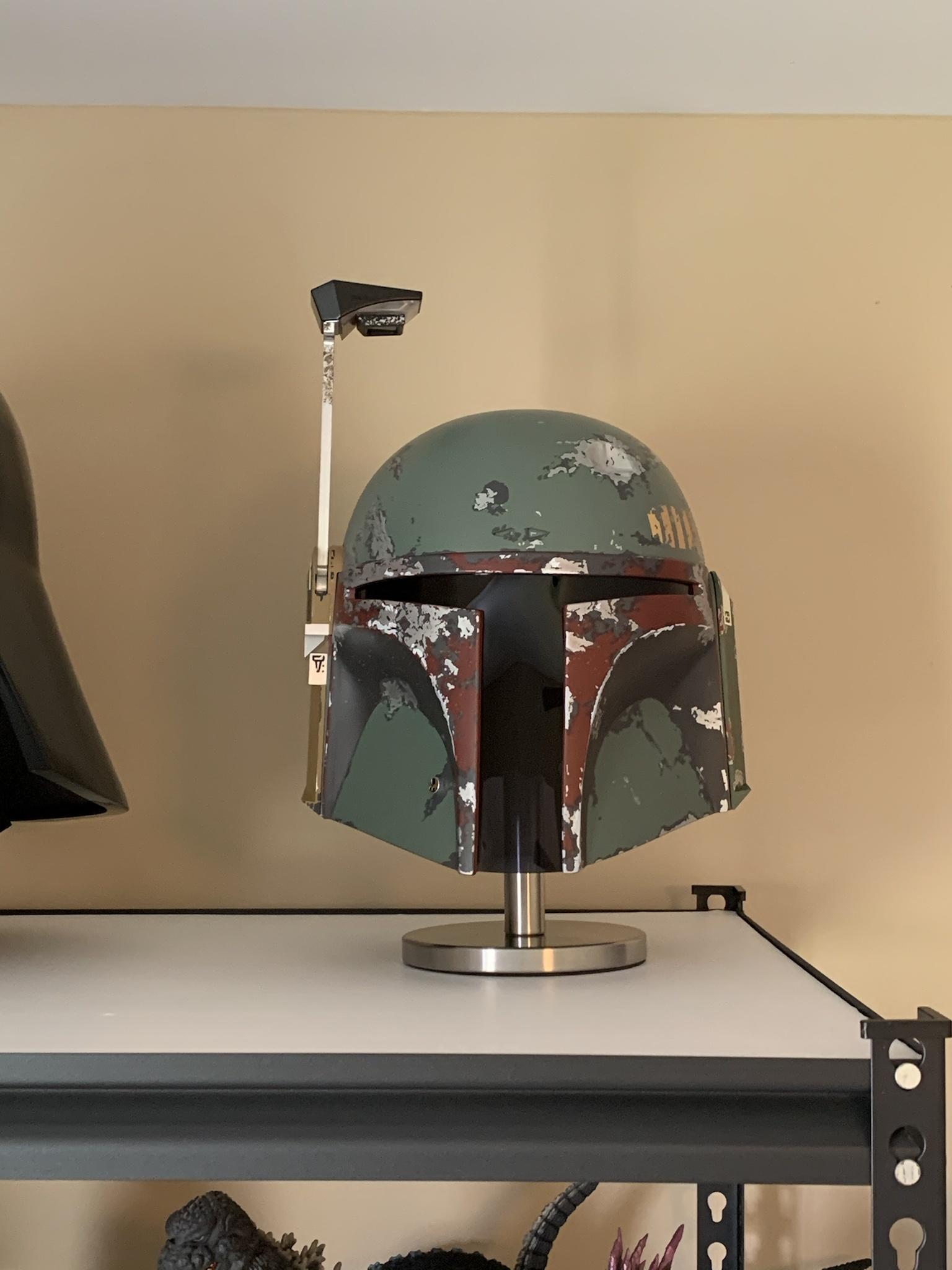 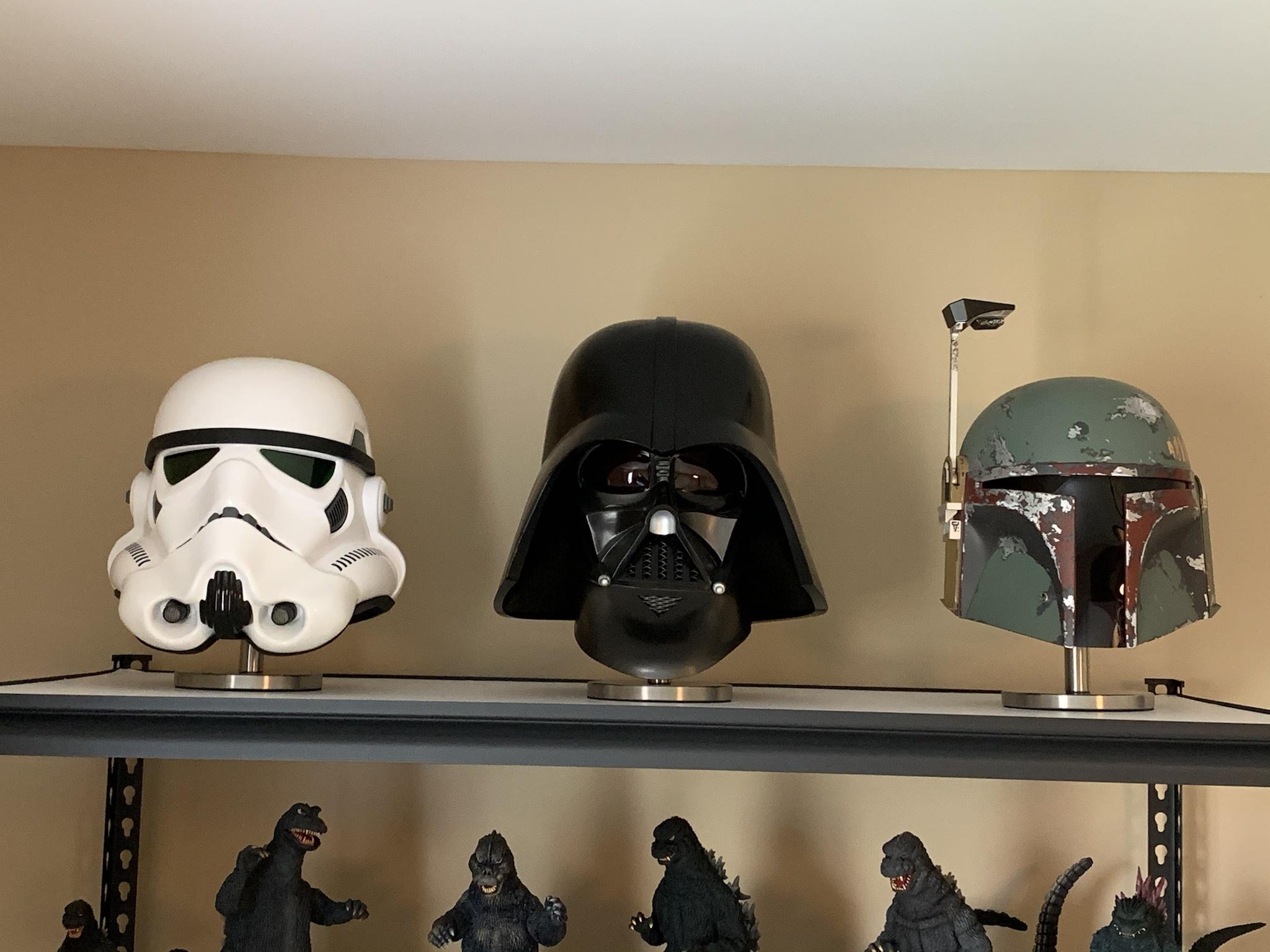 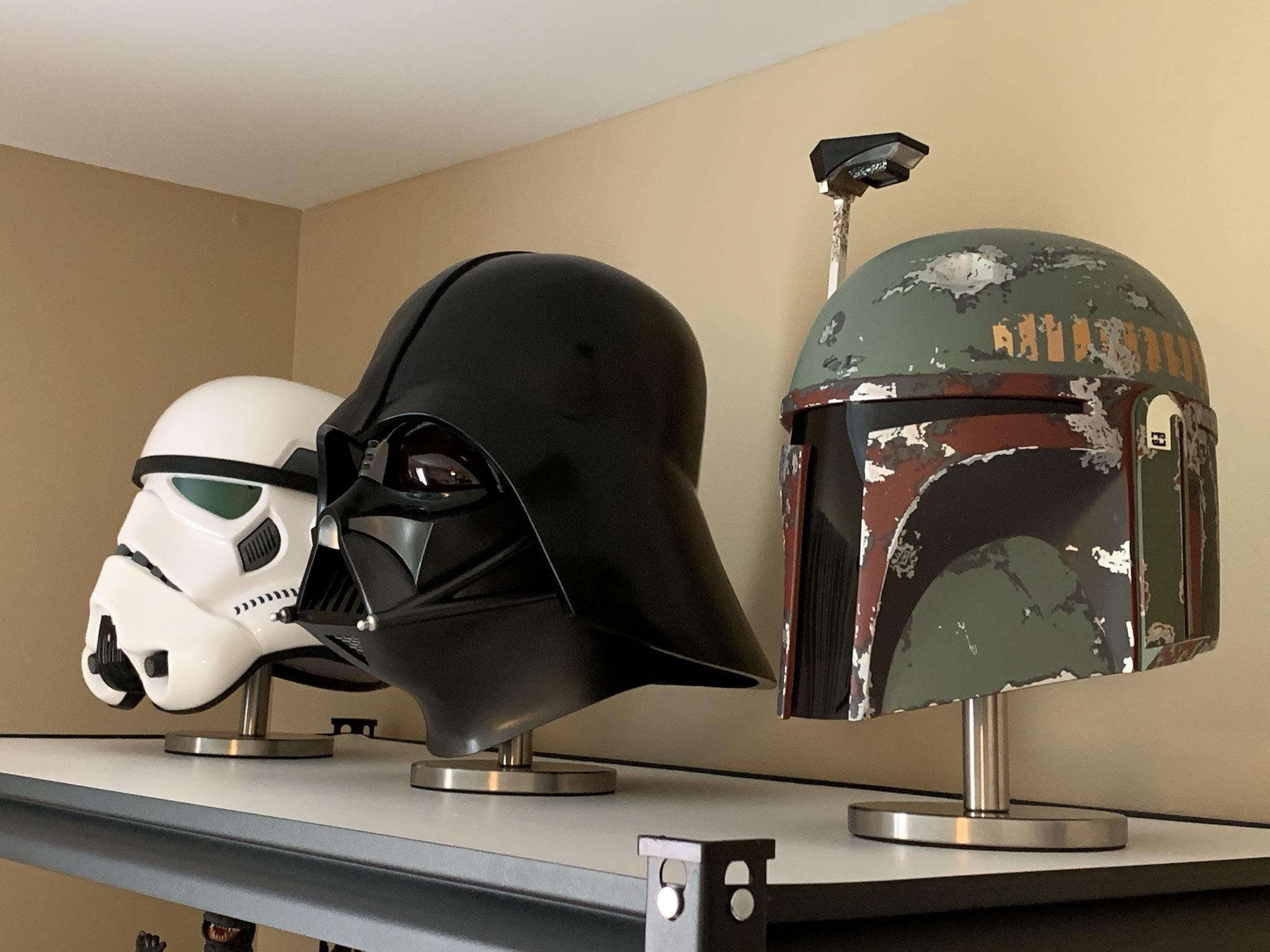 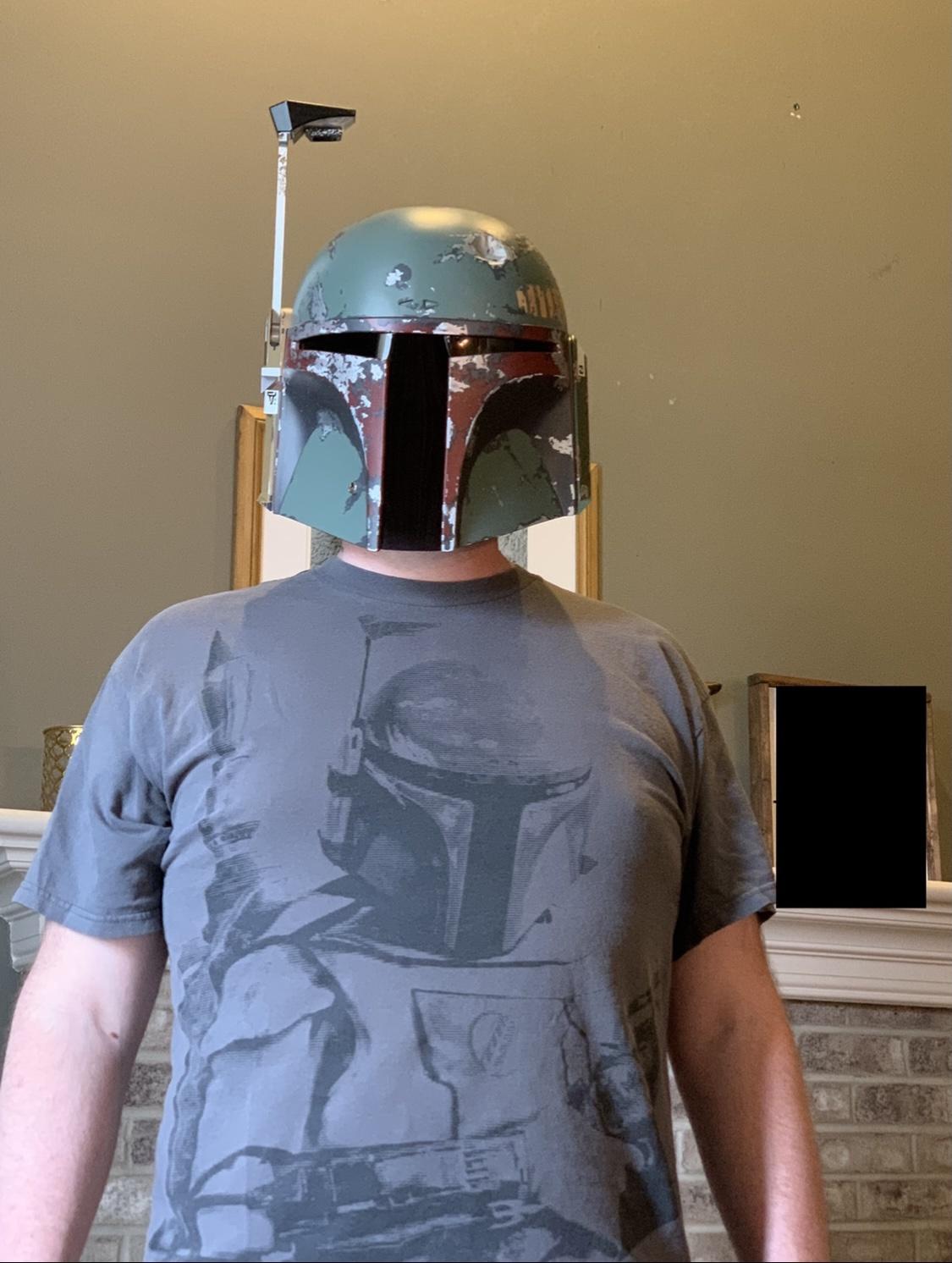 That is pretty cool. I do have the master replicas Force FX Luke and Vader sabers. ROTJ and Empire respectively, but never was able to be able to afford the hilts as props, or screen accurate ones for that matter. I bought them at borders books which no longer exists. In about 2005 when they had the DVD display up of the 2004 set.

I really like those Godzilla figures by the way. But the Fett Helmet is cool.

I remember scoping out the lightsabers at Borders too, haha.

I have the original Master Replicas ANH Vader saber from when they first came out.

Then several years later I got the Hasbro Luke ANH saber with removeable blade. The removable blade feature is really nice. Makes it much easier to display as a prop replica while still allowing for the fun of a lit blade. I’ve been tempted by the new Sabers available at the Disney parks (which also have removable blades) but haven’t bought any yet.

I’d love to get an accurate ANH Obi-wan Kenobi saber but to accommodate a working blade they always have to make the “neck” of the hilt way too thick. I’d also be down for an ESB Vader saber. I actually prefer the ESB hilt to the ANH one.

That is really sweet helmet - and nice collection as well (plus the t-shirt!)

Does the viewfinder flip down too?

Thanks! Yeah, the rangefinder flips down and it even has two blinking LEDs that come on when you put it down. 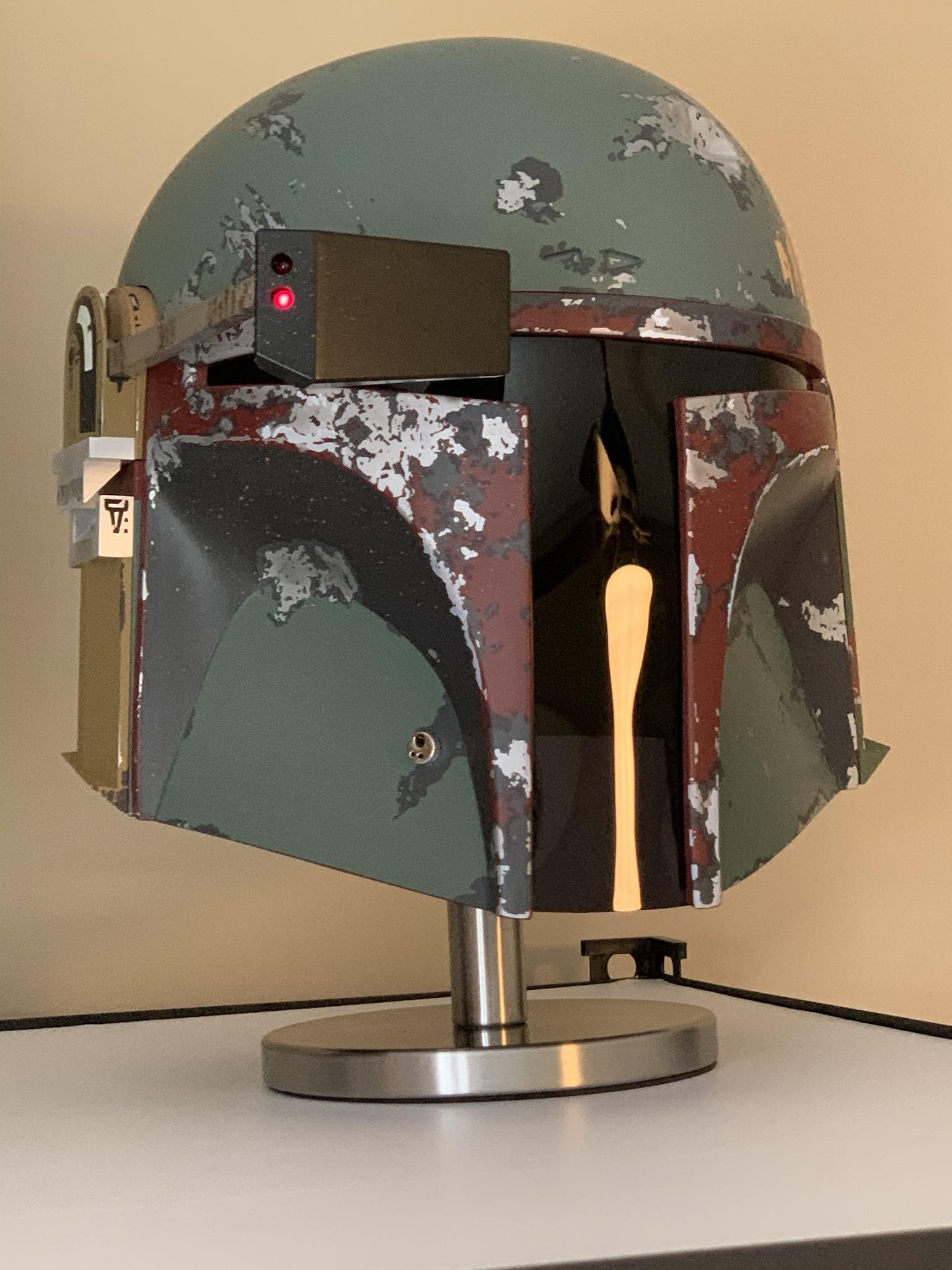 I love the detail on the Boba Fett one in particular, but all three look perfectly movie-accurate and it’s a great OT-themed display to have! Lovely stuff.

Thanks guys! The helmets are definitely the highlight of my Star Wars collection!

I know EFX has a deservedly tarnished reputation due to their terrible customer service, but the products that they have managed to put out are really stellar. For the money, there’s nothing else out there that could touch the PCR Vader helmet (the only things better are the far more expensive fiberglass versions from efx or custom fan produced helmets). And it has direct, traceable lineage to THE original screen used Vader helmet from ‘76! It’s as close as I’ll ever get to holding that in person!

And for licensed product, theres nothing even close to the Boba Fett PCR in accuracy. Maybe if efx ever delivers on their promise of making the higher-end fiberglass version…

The stormtrooper is the one helmet where you can find more accurate options pretty easily. It’s cast from the same molds as the previous Master Replicas version which has been heavily sanitized from the original prop (it’s been made symmetrical, when the screen used ones are absolutely NOT) and it has some pretty obvious seam lines when viewed up close. But it still looks GREAT on display. And, despite being symmetrical, it still very much captures the look and presence of an OT stormtrooper. Better than the symmetrical Rogue One stormtrooper helmets (or the awful symmetrical ROTS Vader helmet!).

That is amazing and looks even better next to the Vader and Stormtrooper helmets!
Will you be getting The Mandalorian EFX helmet as well?

I saw this comparison video from “Star Wars Replicas”, the $100 Black Series helmet does look very good quality too.

Nah, helmets are really cool but they also require a LOT of display space. I’m happy with just the “big three” from the original trilogy. I don’t really see myself ever wanting more Star Wars helmets.

I could maybe see adding a Luke Skywalker pilot helmet one day. But that’s a pretty big maybe. I’m very content with what I’ve got.

I’ve always loved the AT-AT pilot helmet. I’ve thought about getting a 3D printer to make one (and lots of other things). I’m fairly crafty, but not too sure how well I could get it to turn out.