Finished my VisComp for Star Trek: The Motion Picture - The Director’s Edition DVD. There’s hundreds of tweaks I didn’t catch, but it goes to show you how subtle the original version was.

'Star Trek fans have been left livid after the global release of the new season of spin-off show Discovery was pulled days before its planned launch.

The fourth season of the sci-fi series had been due to launch outside North America on Netflix on Friday.

However, Netflix has lost the global rights to Paramount, which will now put the show on its own streaming service.

Viewers outside the US and Canada must wait until Paramount+ launches in 20 countries including the UK next year.

A statement said it would be available in early 2022, but an exact date and plans for the rest of the world have not been announced.’ 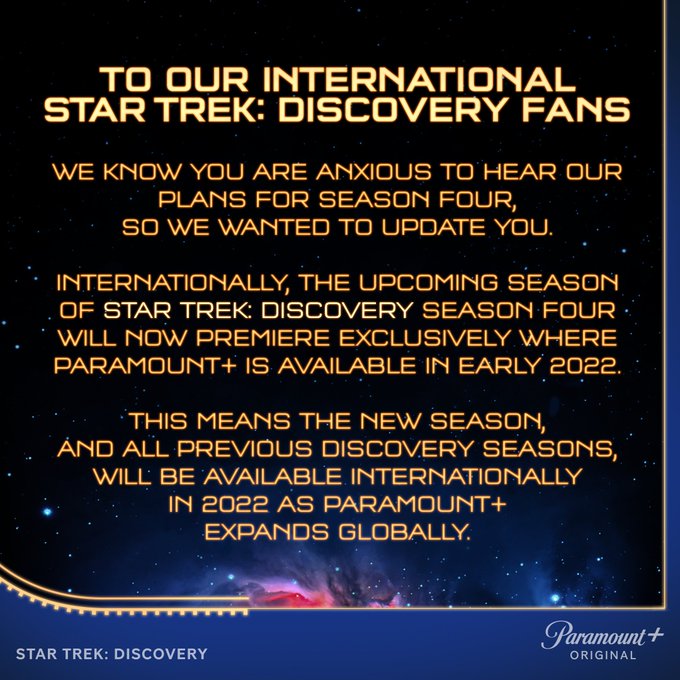 ^ Seems to read like a vague ‘STFU and put up with it’.

As someone else said elsewhere…

'Incredible PR work, sending cast members to Destination Star Trek in London the weekend to plug the season starting this week, then 48 hours later saying “oh, and by the way you c**** aren’t getting to see it,” 48 hours before it’s due. The PR skills are amazing. Fuck ‘em’.

It seems cast and crew, whilst on the PR tour of Europe, weren’t aware of this either (and share the ‘understandably upset’ and ‘disappointment & frustration’):-

And I’m quite sure everyone will be simply counting down the days until they are able to subscribe to such a service that doesn’t exist for them yet - with no availability date even given. Whilst likely being subject to massive spoilers online for episodes that air in the US & Canada…

I won’t see it til it is on blu ray or digital whichever is cheaper.

Paramount plus isn’t for me. I have the Blu ray steelbook for season 3 and i’m fine with waiting.