The link to the actual fan-made comic adaptation : http://awinegarner.squarespace.com/duel-of-the-fates

Like many fans, I was disappointed with The Rise of Skywalker, a retread of Return of the Jedi that didn’t seem to follow the trajectory of the story set up in The Force Awakens and The Last Jedi. I was thrilled that Colin Trevorrow & Derek Connolly’s Duel of the Fates leaked, both the script and amazing pre-production artwork (see HERE & HERE), which I incorporate into my adaptation. Having read DOTF I can state that I enjoy it much more than TROS.

My hope is that seeing the script visually in my FREE webcomic adaptation will help people know what could/should have been. My biggest issue with TROS is that all of Rey’s agency was completely taken away, both as a character (she’s now only important because of who she’s descended from) and as a woman (she no longer has her own power, she has “his power”).

DOTF is such an interesting piece of Star Wars lore. It is not canon and yet it not fan-fiction either, for it was the Episode IX set to be filmed for almost a year (Dec 16, 2016 - Sept 2017, when Trevorrow left the project). Furthermore, TROS is essentially an adaptation of DOTF, so much so that the WGA forced Lucasfilm to give Trevorrow & Connolly story credit for TROS. I have compiled a list of similarities between the two. Star Wars IS our new mythology. As such, multiple iterations of stories should be able to exist alongside each other.

DISCLAIMER: This is a fan-made work that has no intent to infringe on the rights of the creators or copyright holder of Star Wars. I do not own Star Wars nor its characters. I am creating this webcomic adaptation for free.’ 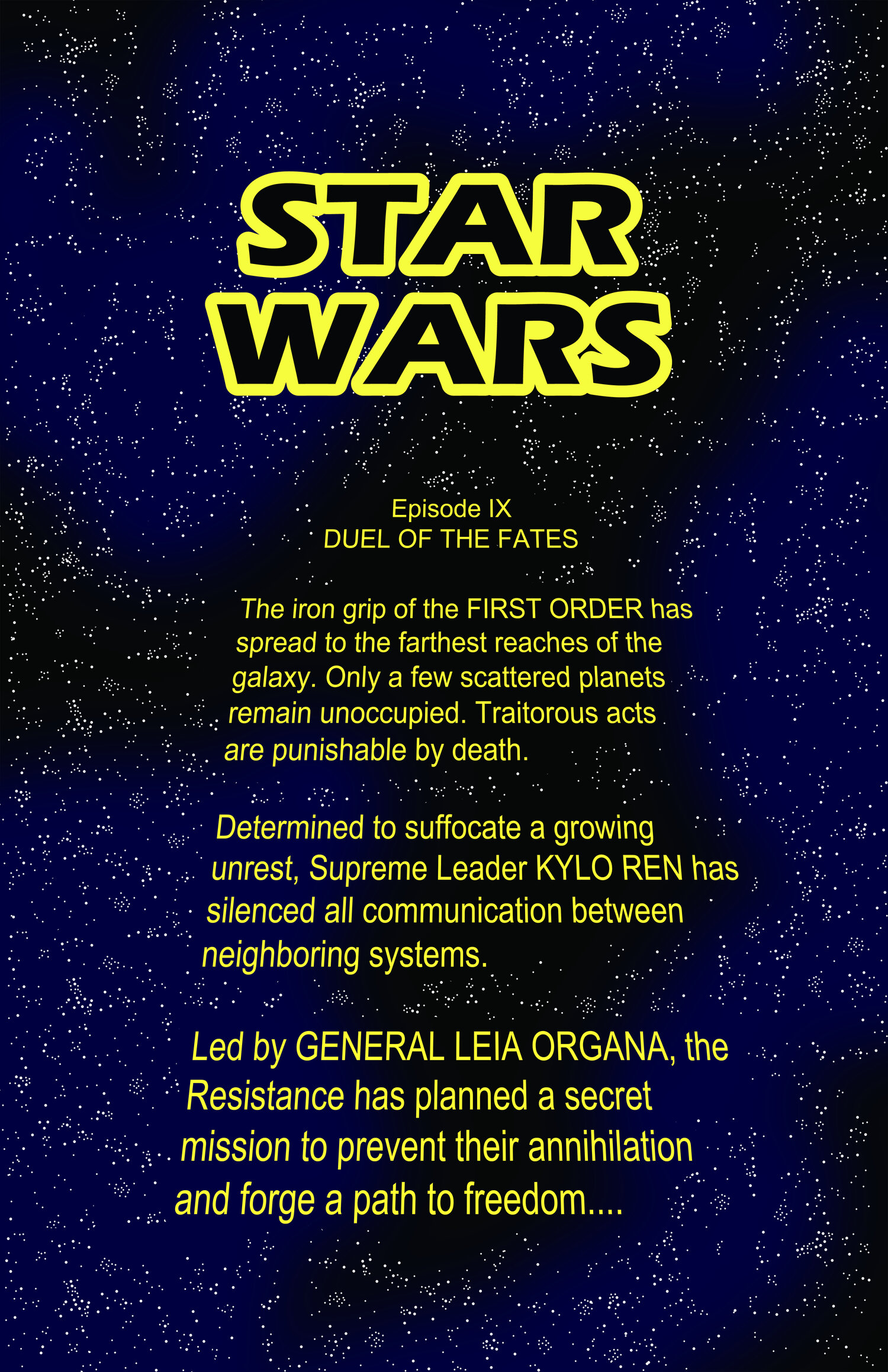 You know unmade Star Wars as comics isn’t a bad idea. I loved THE STAR WARS.

Lucasfilm should publish something like this at Marvel, but they would have to pay Trevorrow for his script.

They should also do George Lucas sequels as a comic, and Star Wars II by Leigh Brackett.

Hell i’d even read Revenge of the Jedi by George Lucas with Two Death Stars and Had Abbadon, and Jedi returning from death.