What if the sequels took place after a Cold War type stalemate? The remaining Empire on the fringes and Republic exist with a DMZ boarder.

The fleet at the end is the fleet that always existed.

Starkiller base isn’t a new super weapon in itself and is never used. It breaks the peace treaty by manufacturing death star weaponry to be equipped on their fleet.

Leia’s group isn’t the only force in the galaxy, just the most forward operating group that is allowed by treaty.

I feel like that line of thought has shown up in a few places on this board and seems to be a pretty straightforward change to implement (context around things instead of adding new things). I like it, personally.

“That’s not how the Force works!”

Has anyone tried to edit the “sacrifice” scene so someone actually dies during it? It’s the only scene in the Last Jedi that I still actively hate and can’t watch without cringing. I’ve come to terms with the rest.

But it would have been perfect to have Finn die here and the fake out just leaves me feeling let down every time.

Obviously it would be WAY too difficult to have Finn actually die here. I mean, there’s enough footage and it would be easy enough to edit, but cutting him out of the rest of the film and Rise of Skywalker, AND coming up with realistic reactions to his death from the other characters would be a whole other story. Maybe it could work good in a radical 3 in 1 type edit or something similar where the battle of Crait is the finale of the story but not any way else.

But I was thinking… why not have Rose die saving Finn? I’ve seen the other edits where they have an AT or TIE fighter take them out instead of having Rose crash into Finn, but that still feels like a fake out to imply Finn’s death so heavily and have that happen, so considering Rose has no screentime in TRoS or the rest of the movie anyway, why not add more emotional impact to the scene and imply Rose actually dies saving Finn?

At the end of their kiss, she slumps over unconscious, so it would be really simple to cut out the lines they have together and have Finn just run up to her after the crash.

The laser hits the base and instead of kissing, Rose dies as it happens. In my opinion, that would have the most impact and make Finn’s and Rose story in TLJ feel like less of a waste of time. Thoughts?

Personally, I feel like the fakeout sacrifice works as is. It’s about not making reckless sacrifices that don’t accomplish anything. Finn clearly wasn’t gonna make it to me.

That said, I think your proposal is quite solid and would encourage you to go through with it. Editing Rose out of TRoS should be trivial.

Editing Rose out of TRoS should be trivial.

You’ve got to ask yourself one question: “Am I making Carrie Fisher’s ghost proud?”
Well, are ya, punk?

You can actually display that intext with markdown.

You can actually display that intext with markdown.

You probably don’t recognize me because of the red arm.
Episode 9 Rewrite, The Starlight Project (Workprint V2 Released!) and ANH Technicolor Project (Released!)

It’s true, but he shouldn’t say it. 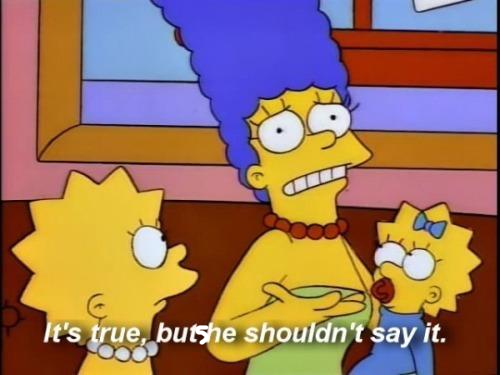 Somebody please just replace he with you if we’re gonna nitpick the grammatical appropriateness. Would flow much better.

What if the sequels took place after a Cold War type stalemate? The remaining Empire on the fringes and Republic exist with a DMZ boarder.

The fleet at the end is the fleet that always existed.

Starkiller base isn’t a new super weapon in itself and is never used. It breaks the peace treaty by manufacturing death star weaponry to be equipped on their fleet.

Leia’s group isn’t the only force in the galaxy, just the most forward operating group that is allowed by treaty.

I’ve suggested something similar to this. Basically, the New Republic and the First Order have a truce, and most of the action in the trilogy takes place in First Order space.

The First Order in TFA is focused on finding Luke, which doesn’t violate their treaty, but Leia is against this. So, since the Republic can’t take action, she forms a Resistance movement within First Order territory.

Starkiller Base is not a super weapon, and no planet gets destroyed. Then, in TLJ, the Republic can’t help Leia and the Resistance because it is outside of their jurisdiction. First Order territory, First Order rules.

I actually think that you could make it to where the First Order doesn’t really violate the treaty until IX, when it seems like the First Order are going to try and invade the galaxy using their newfound fleet.

It could be cool if you could imply that the First Order attacks the Republic and there is a war going on off-screen, but I feel like you would need new scenes to really make that work.

The pro is that the Republic isn’t destroyed. The con is that the stakes might not be as high since First Order hasn’t taken over the entire galaxy. But since that “war” is never really shown on-screen, you could argue there may as well not even be a galactic scale war.

So the First Order is like Nazi Germany rearming and pushing as far as they can without triggering the allies.

And then zombie-mecha-Hitler returns mysteriously.

“The Fuhrer and his army have been hiding in the Southern Hemisphere, in a country called Argentina.”

And then zombie-mecha-Hitler returns mysteriously.

Little did you know I unironically have voiced my desire for Zombie Mecha Palpatine in that exact wording.

Is there a thread specific to TLJ, like there is for TROS, or should all general TLJ editing discussion go here?

There is, but it is so far back that we basically just use this thread for all sequel trilogy ideas. What did you have in mind?

I know that very early on into assessing potential edit ideas, this deleted scene was written off as unsalvageable due to the VFX involved. But that was in 2017, and I’ve seen people here pull off way more insane and impressive VFX shots and fixes in recent times for TROS.

This is such a great scene - a great send off to Phasma, as well as a really nice Show-Don’t-Tell climax to Finn’s arc - that there must be something we can do with this. Looking at it now, it doesn’t look as daunting as it may have done a few years ago, surely? There’s a few explosions to fix up, a few odd looking chroma-keyed edges to smooth out, and maybe some backgrounds to stitch together from other background shots in the hangar scene. That’s got to be doable, right?

I believe Bobson Dugnutt did some work on that scene in his TLJ Expanded Edition edit. Don’t recall if it made the final cut, but he definitely spruced it up a bit.

I wonder if just adding more smoke behind Finn and Phasma could be used to hide the missing details.

The close up shots look pretty great. I agree that some smoke would be helpful. I believe Hal has a similar scene in his AOTC edit that has unfinished walls and CGI people in the background. Granted, that was only for like 10 seconds.

Sorry if this sounds like a stupid question, but would an AI upscale possibly help here as well?

I agree, that’s looking pretty good already, and some smoke would really help. Even just making the stormtroopers behind Finn slightly more out-of-focus might be enough for those shots.

There’s other shots in the scene, and I think at the very least the shot of Phasma being blasted off the platform by Finn would need to be done as well for it to work. The big issue there is the roof, but I reckon that could be taken from any low-angle shot in the scene that’s in the theatrical release.

Should’ve been posted in the “Worst Edit Ideas” thread.

Should’ve been posted in the “Worst Edit Ideas” thread.

It takes exactly $0.00 to not be like this. That was inconsiderably rude of you.