every single week in this forum: https://www.youtube.com/watch?v=2WN0T-Ee3q4 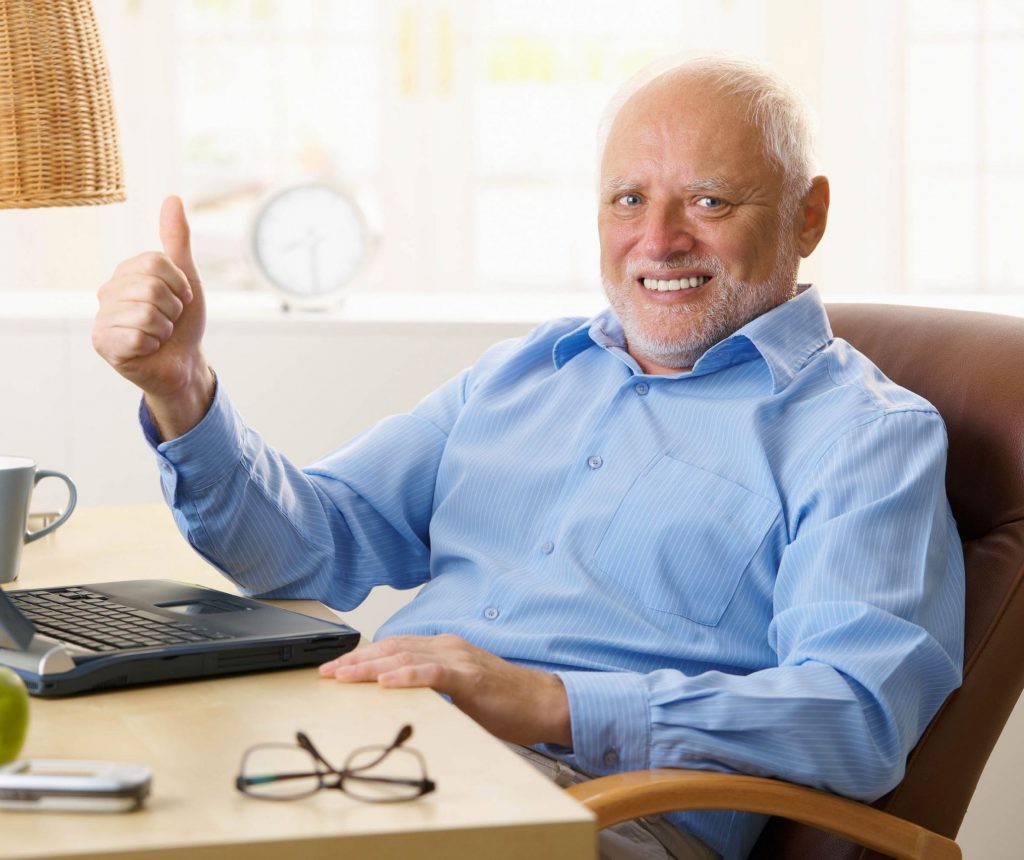 In seriousness, I don’t think this suddenly cracks the earth open and forces a huge rethink of everything. If anything, just some of the 3PO dialogue related to his memory. It doesn’t seem like suddenly we’d be able to pull off R2 having to just recount their history to him or anything quite like that.

Also, now V2 has been fully reissued and, at least for right now, 100% finished and distributed!

Hey, all. Really glad to see this finally out. All these finalized changes (that I’ve helped to meticulously complain about in their WIP stages) are so great now. I’ve been following along and enjoying the excitement the past few days. Downloaded the new fixed version of the edit and skimmed through for improvements.

I don’t mean to be such a downer, but I have more complaints!! (yay).

The cave sequence is very very pixelated. (Sorry if it’s been addressed, like if the master source used had to be lower quality or something. One of those recently recovered crackly lightsaber WIPs from Google Drive?) It seems to be the worst looking part of this re-render.

A bit from the Ahch-To moment has more noticeable colour banding in shots like this. In motion, I can see the orange shape from the light of the burning fire warp rapidly as the camera moves. Again, sorry if this is a sort of “necessary evil” to get the new rising sun colour grade to work.

The heavier use of the new LUT on Exagol is on the cusp of feeling like it’s going to colour-band in a distracting way. It still does do the colour blocking-banding-pixelated-stuff a little tiny bit on the (now green?) clouds on the right of this frame, but it never seems to do it in an overly egregious way. It seems to be the same as the first version, to my eye. It appears to be nearly non-existent while inside The Emperor’s house, so that’s good (and much more important to look right, which this does).
Mix of the film grain and this new heavily used LUT is my guess. Not bad, just has a slightly off haze (imo, compared to the version on Disney+) to it, which has been discussed. I can’t entirely put my finger on it. I agree with what Burbin has said.

Everything else from skimming through looks solid enough.

Save the Sebastian Shaw Ghost! Save the dream…!

I don’t have access at the moment to look over the kewlfish footage for the cave sequence, but prior color banding isn’t apparent in it, but seems to be when encoding down. I guess it’s just bound to happen when crunching down to distribution form factors.
The ProRes output (HQ format due to these issues) is also available, so feel free to experiment with it.

Palpy just wanted Rey to sit on the la-z-boy in his living room.

Save the Sebastian Shaw Ghost! Save the dream…!

I love the concept that he lives in his own basement

“Long have I waited… for my grandchild to come home!”

Sidenote: Glad we removed this line from the edit, because it’s a dumb comedy line in a scene that’s supposed to be serious.

how about this for the poster with a crackeld lightsaber HAL?
https://imgur.com/a/zcJ8Hkl

i also made covers with the crackeld saber if you would like.
https://imgur.com/a/FlLtc9I 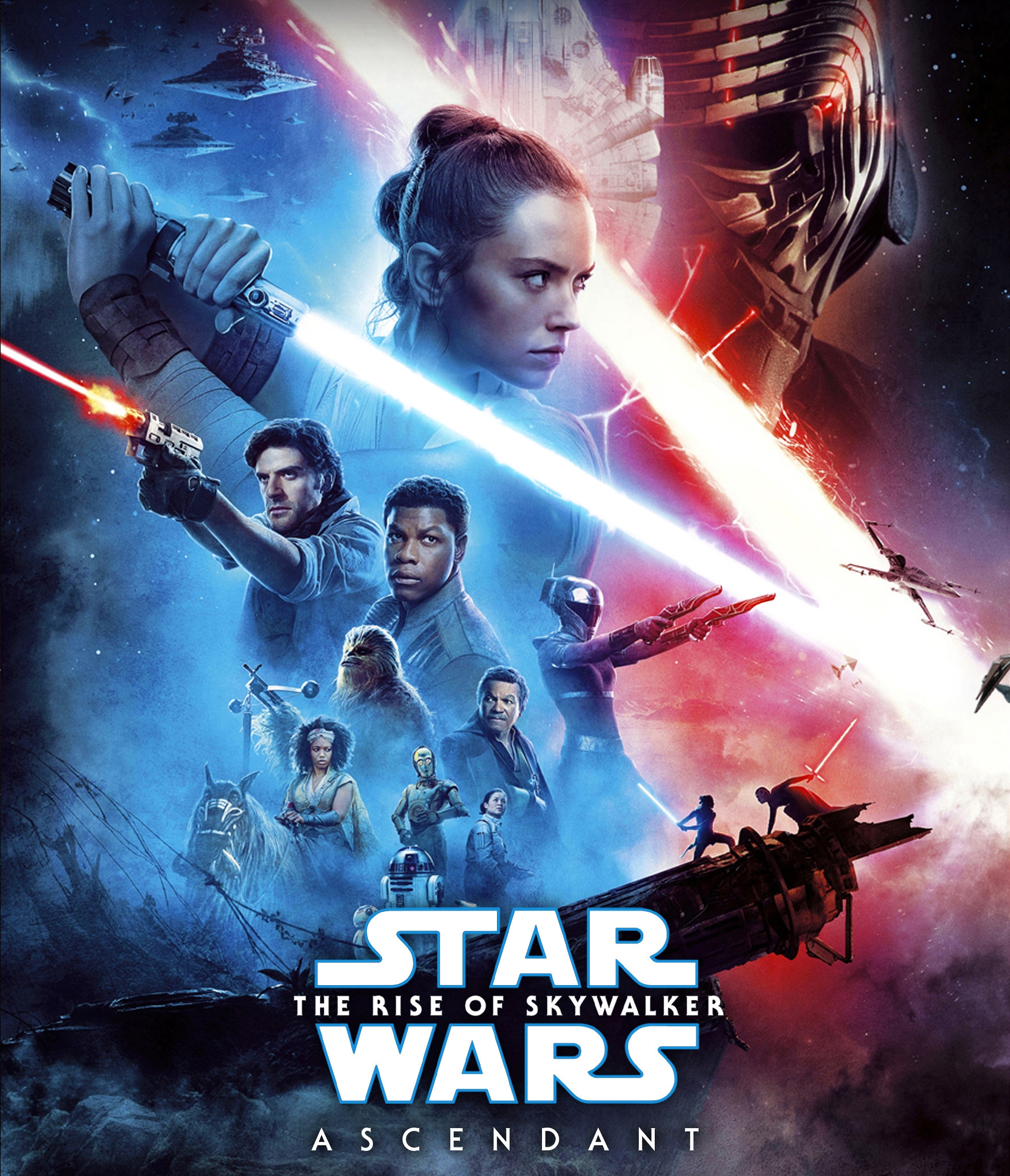 This is so perfect 😂

omg stop it you’re gonna make me pee my pants

If I hadn’t have just finished things, I’d put that into the commentary track too!

Hey Hal, love the work you guys have put into this! Its amazing what everyone here has pulled off! Think you could shoot me a link? Thanks!

thank you so much!

I am sure this was discussed over the previous 600 pages, so apologies for asking, but I am curious about the addition of the Force ghosts in the final scene with Rey and Palpatine. I sort of missed Mace (it would have been poetic justice for him to be there during the final defeat of the person who killed him) and Qui-Gon. I think Mace is missing because he didn’t know how to Force Ghost, but I’m pretty sure Qui-Gon came up with the whole thing?

The reasoning behind Qui-Gon not being there is that he apparently never studied enough to appear in his physical form, just as a voice. Mortis doesn’t count because that place was crazy powerful with the Force in general.

We see the four spirits we’ve seen so far in the saga, is the ultimate reason. Leia has not yet fully transformed into the Force evidently, and as Jar Jar said above ROTS implies the ‘disappear and become a ghost’ ability was recently discovered in history. (So weird.) in the theater, the voices made me question things, since it would seem to go against ROTS. (Although the novelization mentions Yoda being chill about Qui-Gon’s voice because he assumed it was merely the Force speaking to him using his voice until he emphasized “no it’s really me.”)

Also, having four we’ve seen before feels better than 37 all over the place.

Okay, I got it. I agree that the lot of them would not have made sense, I specifically only missed Qui-Gonn. I am also surprised that Qui-Gonn did not appear as a Force Ghost in the saga - but apparantley he didn’t.

This might be the best running joke on this forum. Keep them coming! 😆

I adjusted a scene with Kylo fighting the Knights of Ren, using deepfakes to give everyone different, much cooler faces. Here the knight Vicrul looks like a snail so his dialogue has been changed to subtitles. Hopefully this small adjustment works for everyone: