Is this how it felt to be one of the people who thought Rey asked Kylo to put on a towel??

Yeah, that’s what I was thinking, but it might not be worth it if it’s only two syllables’ worth.

Could he be subtitled, or just dubbed over? (I don’t have a way to watch the scene right now.)

I still think it’s worth watching some Laura Dern movies and seeing if there’s anything useful. I like Laura Dern as an actor so I don’t mind watching a couple movies from her filmography that seem likely to have comments about spies in them.

Even if I found something perfect, it would only strengthen it to do the other suggested changes with the supporting characters as well.

It’s already clear in the actual movie Holdo believed there was a spy, as no one in the Resistance believes that hyperspace tracking even exists.

That’s nowhere in the text of the movie. But I believe it would be easy to contextualise events so that it unequivocally reads as such, rather than one of many post-facto surmises.

It’s called an inference. It does not have to be spelled out to you.

Yes. I’m suggesting making that inference, one of many possible interpretations of the text, into the actual text itself. Leia and Holdo never talk about spies, they talk about following orders and being heroes.

To return to the key topic: has anyone hunted for any useful audio from either Dern or Fisher? Or would I be the first to go looking for this specific purpose?

Absolutely, and I don’t think it hurts to float it here as a concept.

Allow me to rephrase, cos I didn’t phrase myself well: even if Hal doesn’t personally want to use it in Ascendant, it’s something I think would be interesting in another edit, and I’d personally watch it.

It’s already clear in the actual movie Holdo believed there was a spy, as no one in the Resistance believes that hyperspace tracking even exists.

That’s nowhere in the text of the movie. But I believe it would be easy to contextualise events so that it unequivocally reads as such, rather than one of many post-facto surmises.

On the TRoS Redux Ideas thread I suggested an idea to have Palpatine be speaking in the Sith language entirely all the way until he says, “The dark side of the Force is a pathway to many abilities some consider to be… unnatural,” (that line is in English/Basic), to preserve his reveal even more and make it more surprising when he is first SHOWN to us.

Subtitles will be there, obviously.

Also have him speak in the Sith language when he is giving his entire ritual speech.

There’s no reason this wouldn’t work, but it would be a lot of work to preserve a surprise everyone already knows. I’m not actually opposed to that - I think that’s the right attitude to have, that improving the current piece of media takes precedence over meta-knowledge of its surroundings. I’m not sure this would fit with the goals of Ascendant, but in another fanedit, I’d enjoy seeing that put together.

In the eternal quest to make Poe and Holdo’s subplot make thematic sense:

Dub Holdo’s “flyboys” line (it’s already a pretty obvious bit of ADR in the theatrical version) with Holdo saying they may have a spy, then back to Poe being impetuous etc.

Then, on the smaller transports, instead of Leia saying Holdo didn’t want to look like a hero (which seems unrelated to the actual events), have her point out that Poe didn’t tell Holdo about the hyperspace tracking - thus actually making what he did impetuous.

This way, the actual theme of the subplot (Poe needs to learn leadership) isn’t undercut by Holdo’s abysmal interpersonal skills and inability to inspire the people she’s leading. Instead, if Poe had just listened to what she was telling him, and more importantly had actually shared his plan with the Resistance he’s supposed to be learning to lead, things would have turned out okay for them. Lesson learned for Poe.

The challenge, of course, is finding audio of Laura Dern and Carrie Fisher that can be dubbed into those scenes as replacement lines. Maybe from another film either was in? Or a press interview/video? Even finding a soundalike as a last resort. Has anyone ever gone searching for anything like this, or is this new ground to scour?

I like the idea of the Sith eyes, but only have it when she does the Hissy thing. I feel like having it the whole time is a bit too much.

Also … the idea if the “real” Rey gets a super subtle yellow eye whenever she “kind of” commits to anything dark side would be interesting.

That could be a really neat addition.

Also there is some work about the dagger? Changing a bit of C3P0’s dialogue? I am so down on that if it can be accomplished. Oh my goodness. What’s the plan on it?

Right now, RogueLeader and I are figuring out a new dagger inscription for Sith-3PO to say, then I’ll have a go at recording it, and see how it goes.

JEDIT: This is a serious suggestion

I just looked these up; I feel like Rey’s theme in particular could be of a lot of use to TROS faneditors.

This is really cool.

Might be neat if evil vampire Rey had the Sith eyes.

Edit: Something like this mockup; or maybe subtler. Or even more vampiric.

Then again, making vision Rey even more obviously evil just sort of reinforces the general idea that Rey isn’t actually tempted towards the dark side at all. It’d have been more compelling, in my opinion, if there was something in that “cave” that actually appealed to her in some way. Alas.

Edit 2:
EBSynth test. Unfortunately it squishes the pupils around so I’d have to do those manually, I think. Still, plausible if desired.

Hmm, personally, I think this might be a little much. BUT! I think it would work if her eyes only change for that brief moment when she goes all Bilbo/Gollum/shark on herself. Kind of like how Anakin’s eyes only turn when he’s being super-duper evil, but are normal the rest of the time (e.g. when he’s choking chatting with Padmé). I agree with your second-thought that it strips the nuance from her temptation; she’s just very obviously an evil monster now.

Plus, if it’s only a brief flash when she “submits” to the dagger, and only a brief flash later on, that would reinforce the two points, and help to ground them a little more, I think. Adds a bit of weight, like, “Oh sh-t, she’s actually falling to the Dark Side!” (Rather than, “I guess she’s already fallen.”)

Might be neat if evil vampire Rey had the Sith eyes.

Edit: Something like this mockup; or maybe subtler. Or even more vampiric.

Then again, making vision Rey even more obviously evil just sort of reinforces the general idea that Rey isn’t actually tempted towards the dark side at all. It’d have been more compelling, in my opinion, if there was something in that “cave” that actually appealed to her in some way. Alas.

Edit 2:
EBSynth test. Unfortunately it squishes the pupils around so I’d have to do those manually, I think. Still, plausible if desired.

That test footage is so incredibly unnerving and I think it’s great.

I hit a kangaroo on the way to work while trying to eat vegemite and got hit by a boomerang when I got out of the car (on the left side of the dust road).

Hopefully it was just your mate playing funny buggers to distract you while tryna bum a durry off ya and not some bogan on ice planning to glass you.

I agree, a new line playing up another of C-3PO’s character flaws could work just as well.

I’m personally fine with Poe being an ex-spice-runner, but I can appreciate why you’d want it gone (it’s not a very good idea to begin with) and changing it as described would work well, I reckon.

Victoria is where I’m at. NSW is gross.

But to answer your question about the C-3PO scene:

I’m thinking of the bit where he stares at them and Poe asks what he’s doing, then he says he’s farewelling his friends.

Obviously, it’s for a very good and useful editing change, which is why I’m asking in this thread.

Does anyone have the scene of C-3PO farewelling his friends that they could send to me?

CaptainFaraday, you wouldn’t happen to live in Australia would you? 😮

Edit: wait I thought you phrased it “wouldn’t happen to be Australian,” now my gif doesn’t work, have this one that doesn’t play properly instead 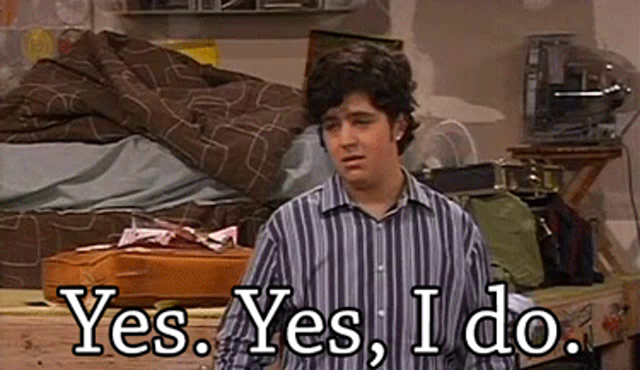 Probably belongs in the Best Edit Ideas thread, as this may actually benefit the setting.

Well, ANH was notable for being quite a grimy-looking universe, rather than the crisp and gleaming settings that were in fashion for sci-fi cinema in the 70s. Let’s make these changes to every planet visited, and add some bin chickens making a mess.

I can design some graffiti images in photoshop. I used to work as a cartoonist.

If someone sends me a script, I’ll take a crack at a Sith C-3PO.

I like comedic 3PO too! Maybe another funny line could be played around with? I’m just iffy on this one because it make it seem like 3PO is going back on his decision to make this sacrifice.

For me, C-3PO occupies this great space between courageous and cowardly. He moans and complains and he needs constant cajoling; he suggests surrendering to the Empire when things get tough in ESB before Han switches him off, and constantly berates R2 for any suggestion of taking an active role. But at the same time, he never goes to pieces (other than literally, I suppose), and he actually does what’s needed of him - he walks up to Jabba’s Palace in ROTJ, he gets on the ship in AOTC, he bluffs to an Imperial officer on the Death Star, he walks through a blaze of stormtrooper fire on the Tantive IV.

He’s also quite vain and egotistical, but seems aware that what he’s saying is of limited use to the situations going on around him, which despite his large amount of knowledge, he’s constantly unequipped and unprepared to deal with (“Fine, go that way!”/“A transport! I’m saved!”). He’s basically a droid with anxiety, which is a great comedic device, but also a strangely compelling character concept.

Having his “final” act be a genuinely brave and heroic sacrifice, where he simultaneously starts to suggest some cockamamie plan to avoid it, is so utterly on-brand for him that it pulls my heartstrings in the exact right way.

Wait, is C-3PO actually my favourite character and I never realised it?

Jean-Pierre Jeunet digitally removed trash, graffiti, and grime from Paris for Amélie, just revert his changes back to his original footage and insert those shots. Simple.