There’s one copy of the West Side Story LD with a DTS supposedly from the 70mm Six-Track mix. Asking price is $100 but LDDB says the seller is accepting offers. I found another copy on eBay for the same price accepting offers. If anyone wants to pool in and knows someone who can rip the DTS, I’d like to place an offer.

Just checked this again. This is the 480i version, not 480p recorded as I thought, and appears to be complete at the proper speed. If this has any use for this project, PM me.

You wouldn’t still have the Doctor Who movie at the proper speed, do you ?

So this is a quick little fan project I was inspired to make after watching a fan restoration of The Dark Knight’s IMAX presentation found on the personal spleen site. That project took the 2.39 scenes presented in a 1920 by 1080 video, and cut to the 1.43 scenes from the Ultimate Collector’s Edition Bonus Disc, preserving the original aspect ratio of these shots.

My intent with this project was to go a little further and authentically recreate the effect of watching a 1.43 IMAX showing of the film. The 2.39 widescreen is placed in the center of your view, but for the IMAX shots instead of shrinking the 1.43 down to fit your TV screen, the top and bottom now expand to reveal much more picture, immersing you in the film as originally intended. I’ve found this method looks neat when outputting my laptop to a projector with a square aspect ratio and playing the video through something like VLC. It worked even better when streamed over Plex to my PS4, watching on my PlayStation VR headset and setting my “VR Screen Size” to Large. I wasn’t lucky enough to catch any of these movies in a 1.43 IMAX showing before COVID shut everything down, so this is my at-home remedy for that missed experience. 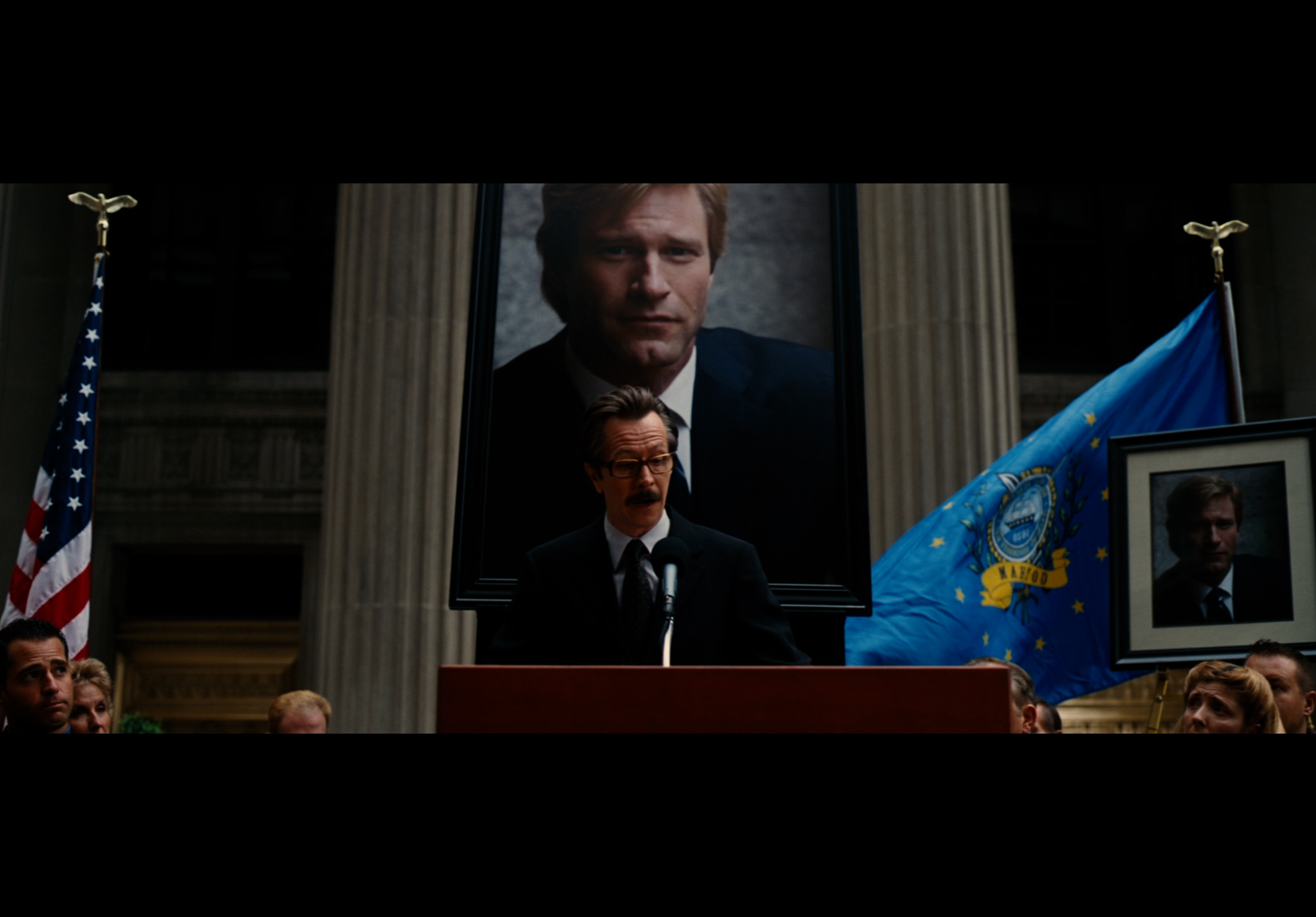 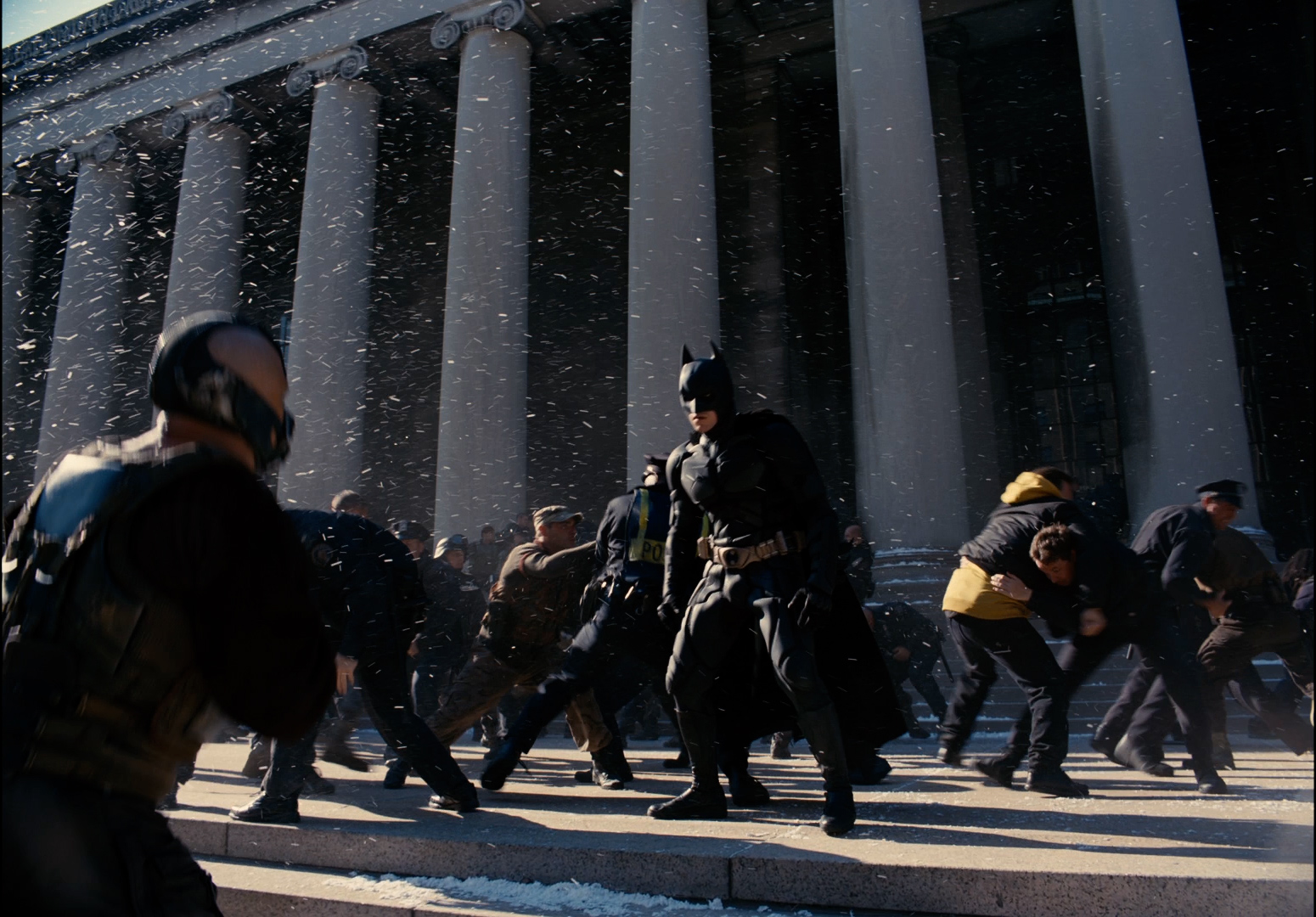 Unfortunately, there are a couple issues in this otherwise simple edit:

Version 1.0 is just a real quick edit, no color correction, no overlaying parts of the image together. Maybe in the future when I have time (and if I ever learn to convert HDR to SDR), I’ll mess around with upscaling the 1.43 and overlaying the 4K version on it, or outputting at different dimensions so the 2.39 shots aren’t downscaled.

My current method for encoding is to make MP4 Passthrough videos from the Blu-ray discs, import into Adobe Premiere Pro, and then clicking “Match Sequence Settings” when I Export. Then, I use MKVtoolnixGUI to remux the Blu-Rays unaltered audio, chapters, and subs to this new video file. If you have any other suggestions on better lossless encoding and muxing (or if anyone happens to have the Cinema DTS audio mix), I would appreciate any help!

I’m pretty sure I tried to donate for this project a few years ago, would love a link if this is now available!

Donated for the Fantasia project a few years ago, any update on that project?

My thought was either the GOUT or a shot from the Making of Documentary, since shots from that documentary used in this episode of The Gallery seem to be of a similar resoultion.

How can I support this??

Today is probably the good date to officialy announce that a scan in 4K, based on a 35mm in very good condition, is currently in progress.
And it will be done twice 😃

I received a few days ago from the lab in Paris a first test scan of reel 4 (made with a simple 720p scan), just to analyze the average condition of the reel before scanning it with a brand new 4K scanner. The lab scanned the entire reel… in 25 fps (the French standard) so it is not currently usable (there are ghosting artefacts and interpolated frames). Damn French people, always thinking that the world needs their own standards!

But It looks just gorgeous, even in 25 fps: the reel is in PERFECT condition, it looks like it was never projected before, the colors are perfectly preserved. The lab made NO correction at all (white balance, DNR or something else) and the rough result is astonishingly good.

Any news about this 4K release ???

Eagerly awaiting news of this!

A 35mm scan is in the works at the moment. I believe ZigZig would be the person to get in touch with about that.

The scanning process is currently locked down in a Parisian lab due to Covid-19…
But I’d be happy to share with emanswfan the rough scan of reel #4 (which was done 2 times with 2 different lenses).

Emanswfan, if you’re interested, please feel free to PM me.

I’d love a copy too actually.

For safety, and PM sent.

I would love a link to the upscaled deleted scenes please!

Link to website removed by moderator - let’s not give them the publicity they wish for.

There is a section on this site called Contact where you can leave a message, thinking we should tell him he shouldn’t do this and ruin it for everyone.

Due to a new source being found, I will be updating the eventually, stay tuned!

Can’t wait to see this finished! Would love to use this for a TPM Theatrical edit later on. Looks great 😃

Any plans to redo this project with the new 4K disc??

I captured these when they originally aired using a Sony Digital-8 camcorder and transferred them via the Firewire to my PC… I believe D8 is 720x480. Not sure if I still have the original transfers, but I think I put them on DVD as individual episodes and my own version of a single movie. Useful for reference?

This is super helpful if you can get this uploaded!

Are you sure? I thought we had cinema DTS tracks for the 97 SE’s and the PT. I know we have TPM and ROTS, I was pretty positive we had AOTC, too.

You’re right, I just checked the usual place and we do have the PT DTS tracks.

That’s my bad, I’ve been out of the loop for a little bit.

Are they on the spleen, I couldn’t find them. Under what name?

I’d love a link to these as well, if they aren’t on the Spleen

I came across a open matte version of the shorter International cut in 1080p that has come out as a web dl version. The cropping is close to the old 4X3 dvd print aspect ratio but has the same pink cars and tennis ball problem.
https://imgur.com/a/33vS2yG

Where can I get a hold of that?

I’d love a link too!

I’d love to see an upload of that original free dvd!

I made a crude Stereo FLAC recording of the Movies Anywhere track when it first came out, but if someone can decrpyt the 5.1, I’d love a copy!

Would love to hear more of this project!!

Howdy! Any update on this project?