Those are really cool scans, I’d forgotten how cool some of the art and layout used was (even for the [whispers] Special Editions) 😃

There is just something so likeable about seeing old VHS covers ❤️

RIP Ian Holm, he appeared in some really great and enjoyable films, making the roles he took his own.

’Empire at 40 : Revisiting some of the many trips to Hoth in Star Wars Storytelling’:

^ a good article covering some of the numerous stories on Hoth; some seen in the film, in the comics, or animated shorts.

"The second Death Star is gone, but starfighter pilots unite on both sides of the Galactic Civil War as it rages on in STAR WARS™: Squadrons: https://www.ea.com/games/starwars/squadrons

Fight alongside your squadron to tip the scales in monumental fleet battles and compete in intense 5 vs. 5 dogfights. Get into the cockpit and triumph as a team by completing tactical objectives across known and never-before-seen battlefields, including the gas giant of Yavin Prime and the shattered moon of Galitan.

Customize the loadouts of starfighters such as the X-wing and TIE fighter and divert power between their weapons, shields, and engines as you roar into the fray. Immerse yourself in strategic multiplayer space battles and a thrilling STAR WARS™ single-player story, seen from alternating perspectives between the New Republic and the Empire.

ALL WINGS REPORT IN – Plan skirmishes with your squadron in the briefing room before taking off to the evolving battlefields across the galaxy. Compete in intense 5 vs. 5 multiplayer dogfights or unite with your squadron to tip the scales in monumental fleet battles. Together, you’re the galaxy’s finest.

MASTER LEGENDARY STARFIGHTERS – Take control of different classes of starfighters from both the New Republic and Imperial fleets – including the agile A-wing and the devastating TIE bomber. Modify your ship, divert the power between its systems, and destroy your opponents in strategic space dogfights.

GET IN THE COCKPIT – The cockpit is your home. Use its dashboards to your advantage and – with just a thin hull of metal and glass between you and the perils of space – feel the intensity of combat from a first-person perspective. Take off in thrilling multiplayer modes and a unique single-player Star Wars story, which covers a key campaign near the conclusion of the Galactic Civil War. Immerse yourself in the pilot’s seat completely with the option to play the entirety of Star Wars: Squadrons in Virtual Reality on PlayStation®4 and PC.

THE MISSION IS CLEAR – Star Wars: Squadrons is a fully self-contained experience from day one, where you earn rewards through play. Climb the ranks and unlock new components like weapons, hulls, engines, shields, and cosmetic items in a clear path for progression that keeps gameplay fresh and engaging."

^ I am quite pumped for this, dammit, they have suckered me in with their fancy trailers (it didn’t take much 😉) 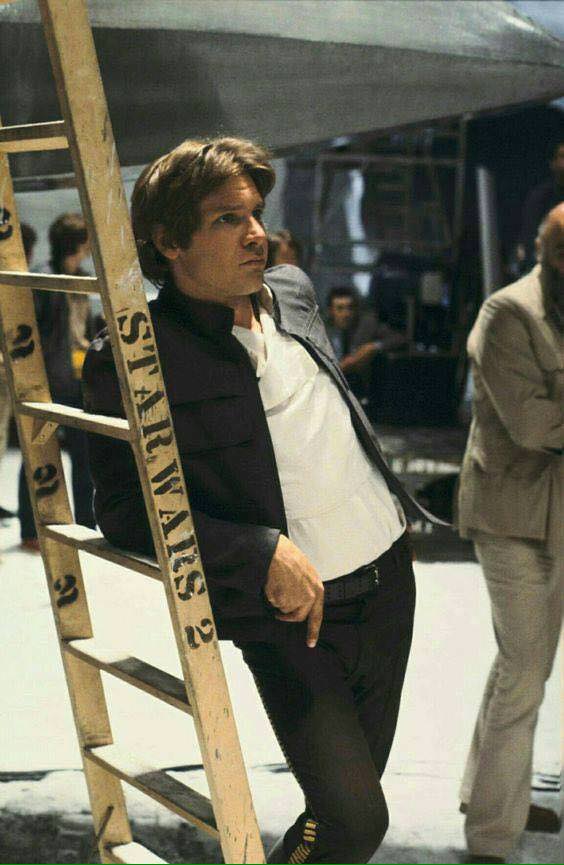 ‘Obi-Wan Kenobi Series Will Use Same VFX Technology As The Mandalorian’:

'Ewan McGregor has suggested that the Obi-Wan Kenobi series on Disney+ will use the same groundbreaking visual effects techniques as The Mandalorian.

In an interview with ACE Nation, McGregor, who appeared in George Lucas’ Star Wars prequel trilogy, teased some behind-the-scenes details about the upcoming Obi-Wan spinoff series. In particular, he lauded today’s VFX technology and how much it has evolved since his involvement with the saga in the early 2000s.

“I think I am going to enjoy it much more,” he admitted. "[The prequels] were all blue screen and green screen and it was hard to imagine, but nowadays I think things have moved on so much, and I think a lot of what you see is gonna be what we see on the set.

“I don’t know if you’ve seen the behind-the-scenes of The Mandalorian series, but they employ that incredible screen… it’s pretty amazing. It makes you feel like you’re in the place, it’s going to feel realer for us, as actors. And I think we’ll be using some of that technology on our show.”

For The Mandalorian, Lucasfilm utilised a cutting-edge technology, known as “StageCraft,” that projects high-resolution imagery onto LED screens, which wrap around sets to create reactive surroundings for actors to immerse themselves into their environments.

The Obi-Wan Kenobi series, which was originally set to be a movie, is set to take place 8 years after Revenge of the Sith and will be directed by Deborah Chow, who helmed episodes of The Mandalorian. Joby Harold also recently signed on as a writer for the series, even though its production has been on hold since the beginning of the year.’ 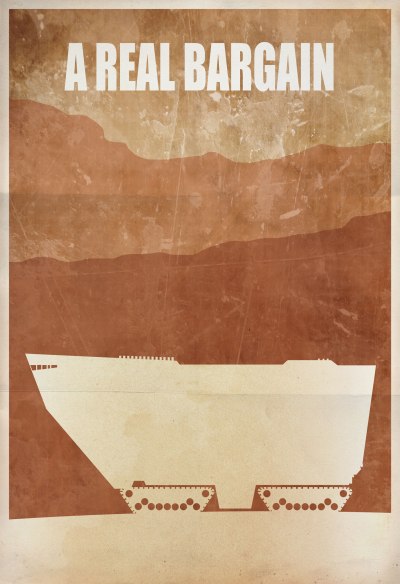 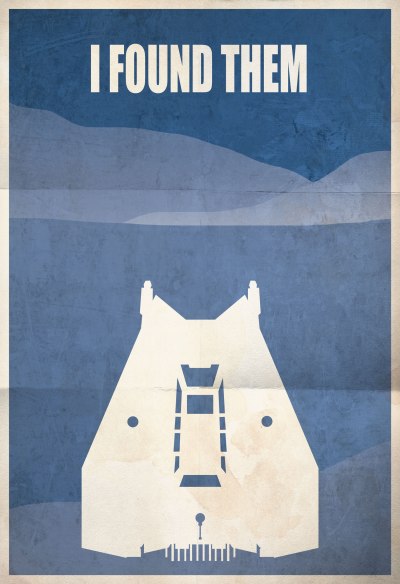 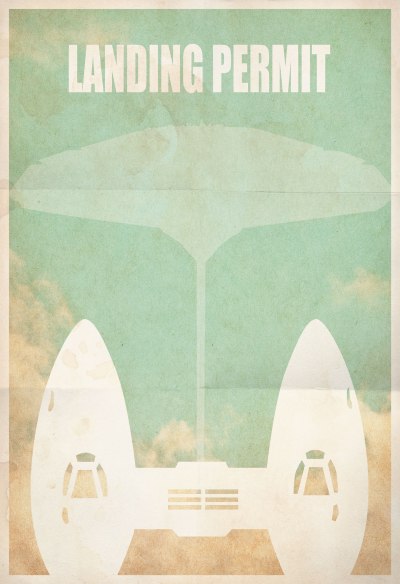 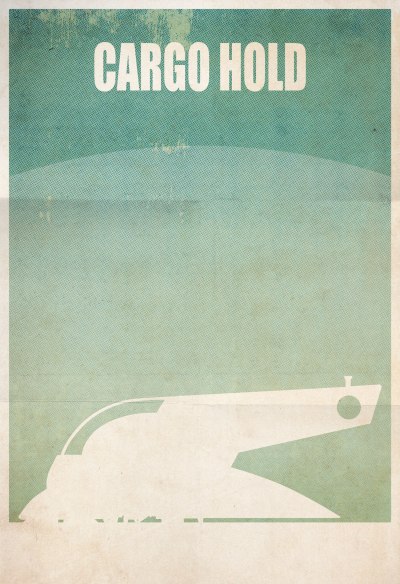 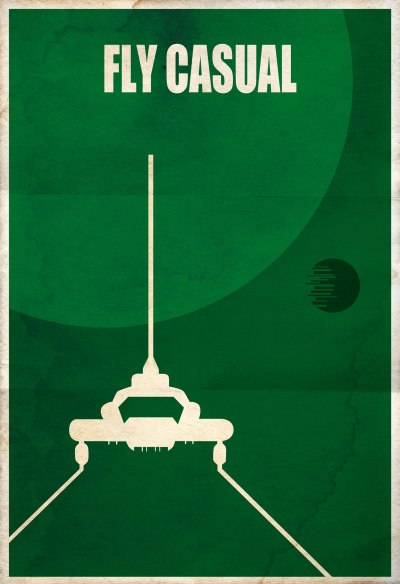 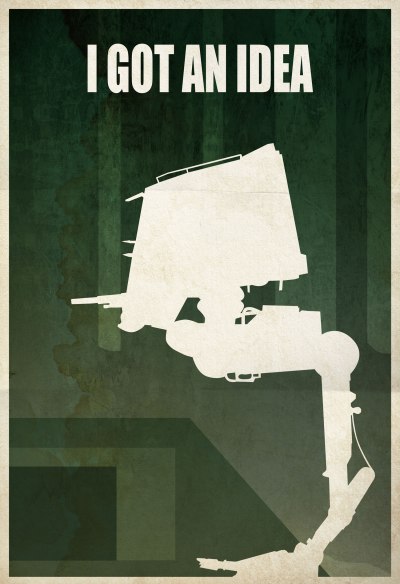 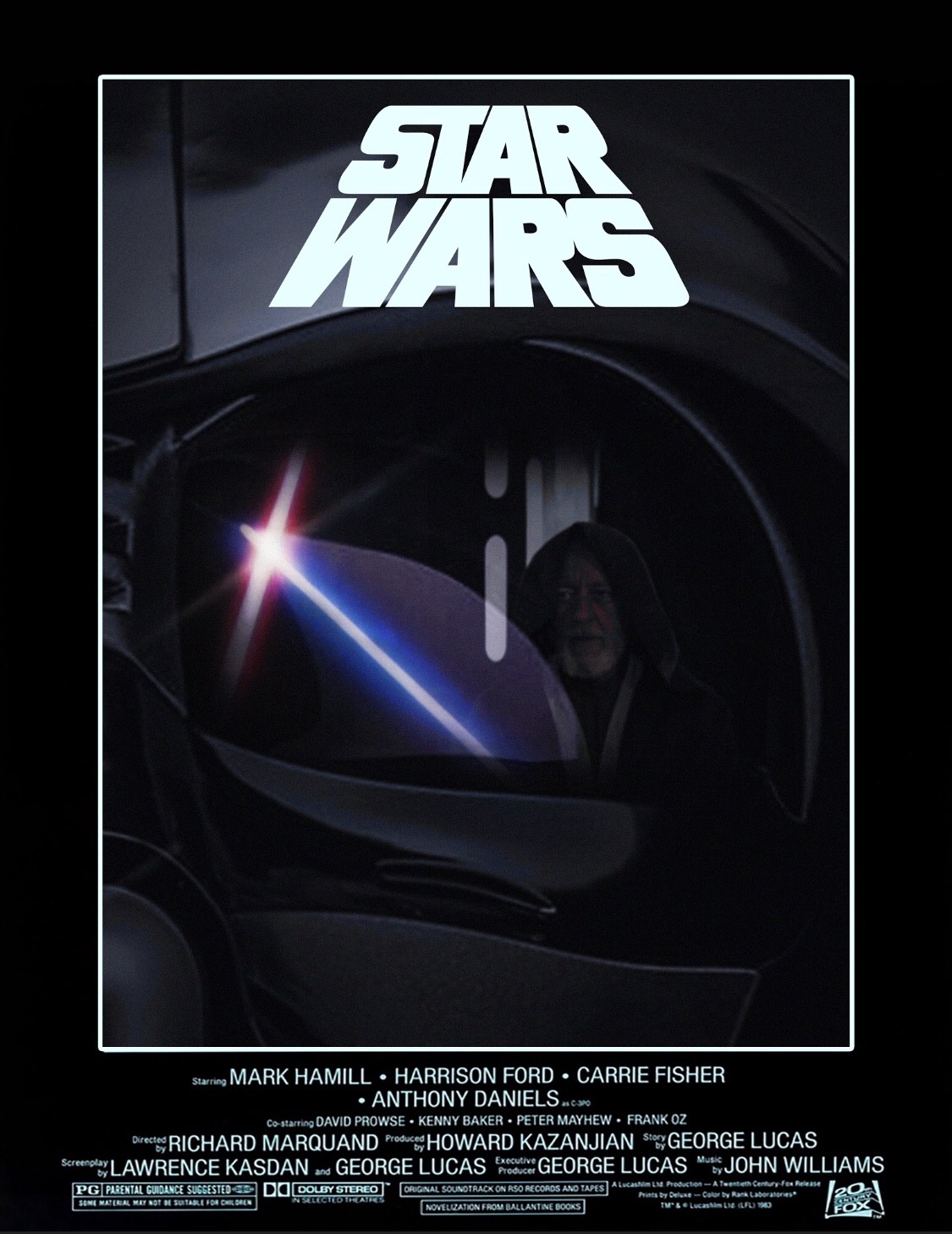 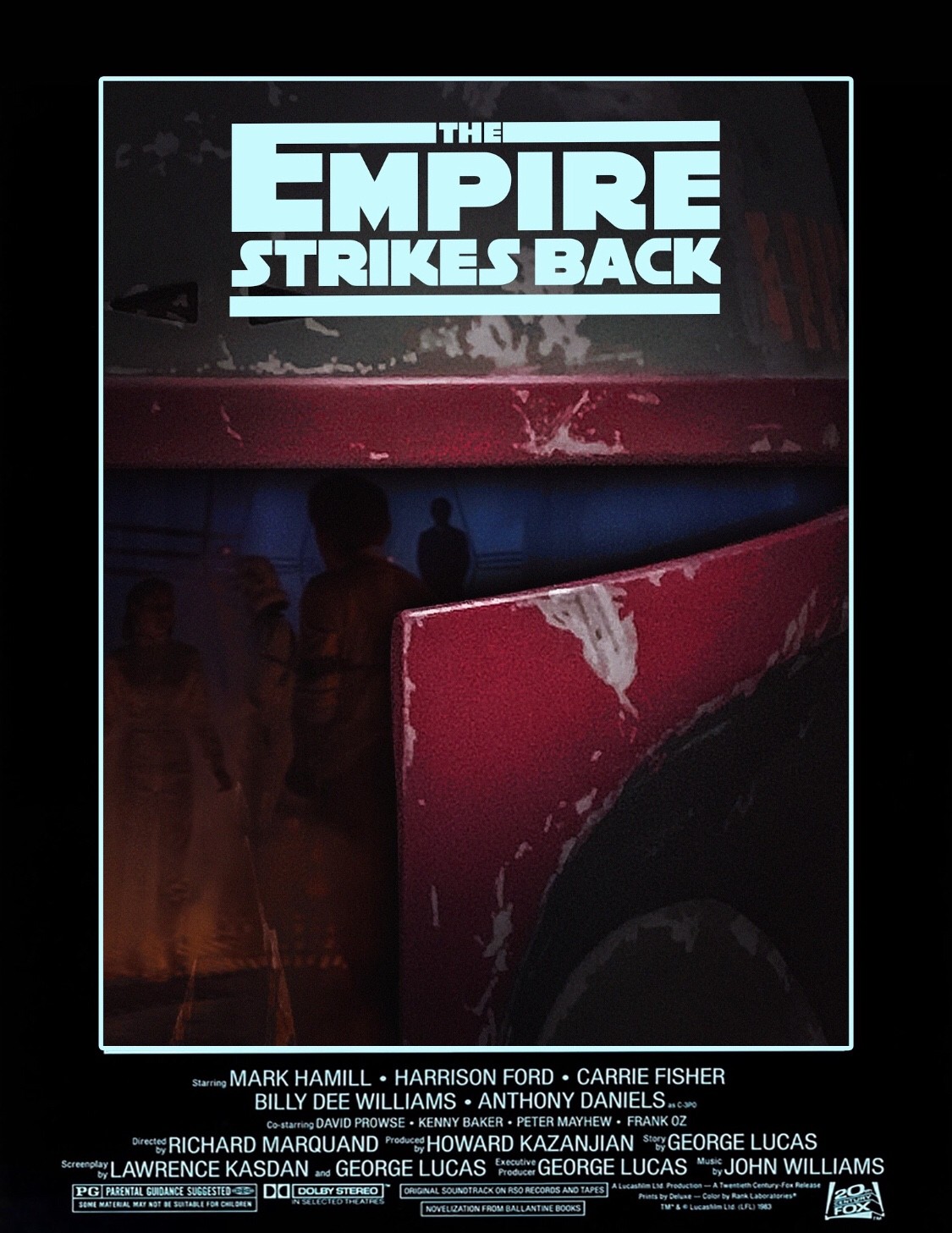 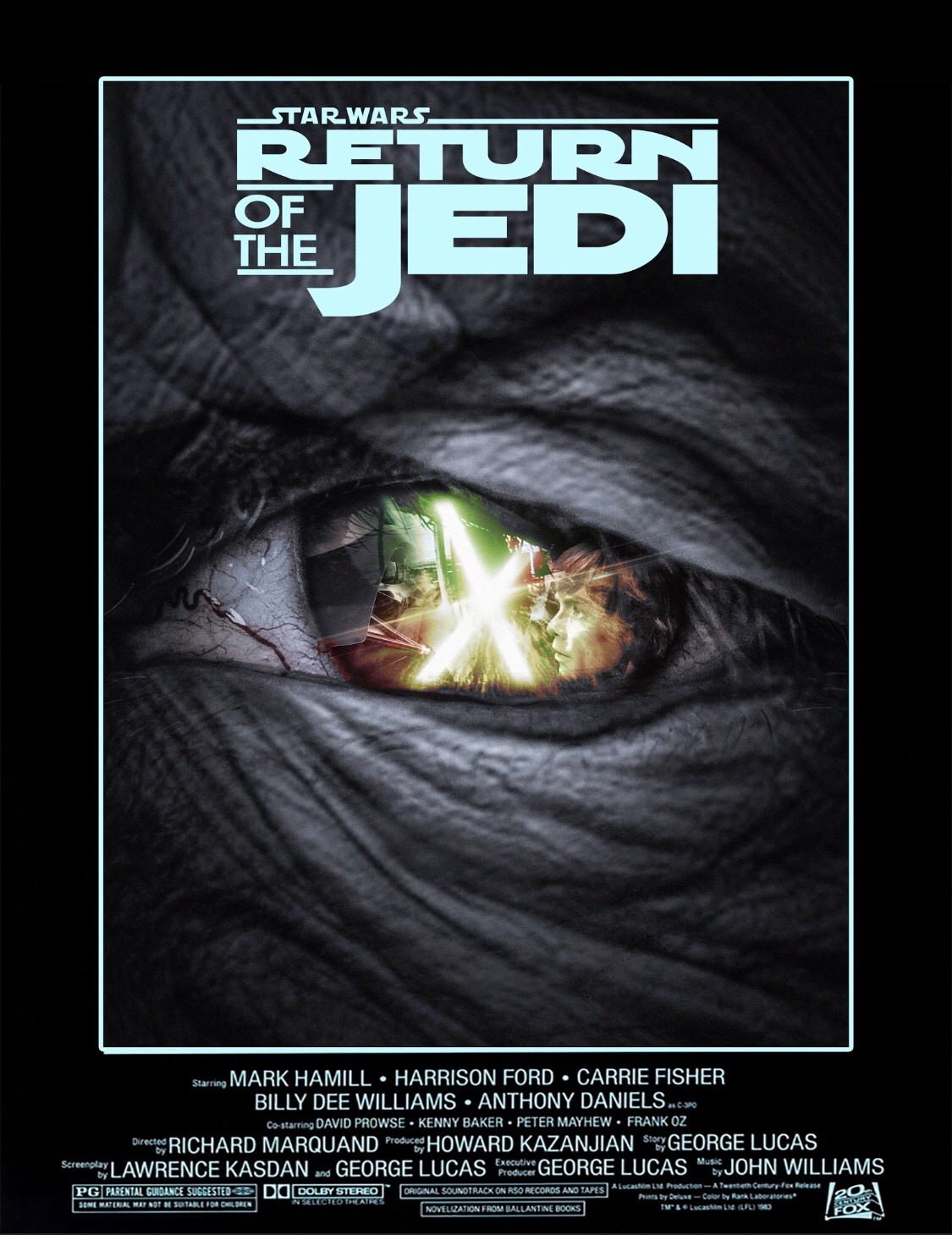 A weird movie about a cycle that repeats itself over and over, at least that’s how I saw it. I later found out that the movie is full of Judeo-Christian symbolism and themes, but since I’m not a religious person all that was lost on me. I also wonder if Jennifer Lawrence did topless for real or they used a body double with Lawrence’s face superimposed.

I think Jennifer Lawrence has already done topless for real 😉

(she obviously didn’t like the invasion of privacy, or having security on her phone, along with a host of other actors and celebrities)

A good and talented actress - a captivating quality to her, even when in films that don’t really appeal. 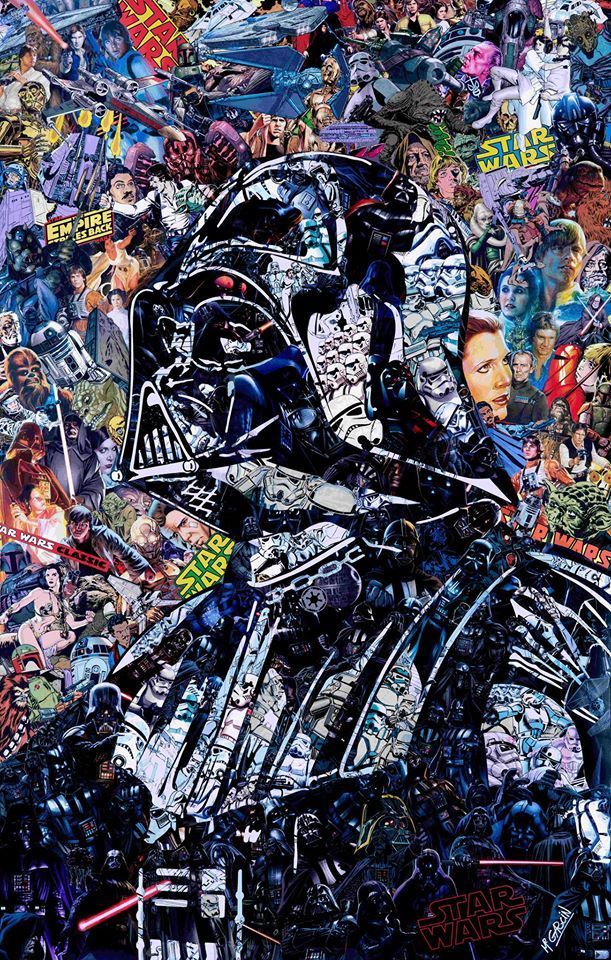 Thank you SO much for posting up these pictures, everyone. And also in the other image threads 😃

I enjoyed the ‘From A Certain Point Of View’ book for Star Wars '77 (the better stories outnumbered and outweighed the bad for me), so hopefully the follow-up book, for The Empire Strikes Back, will also be of a high quality…

‘EMPIRE AT 40 | CHECK OUT THE COVER OF FROM A CERTAIN POINT OF VIEW: THE EMPIRE STRIKES BACK’: 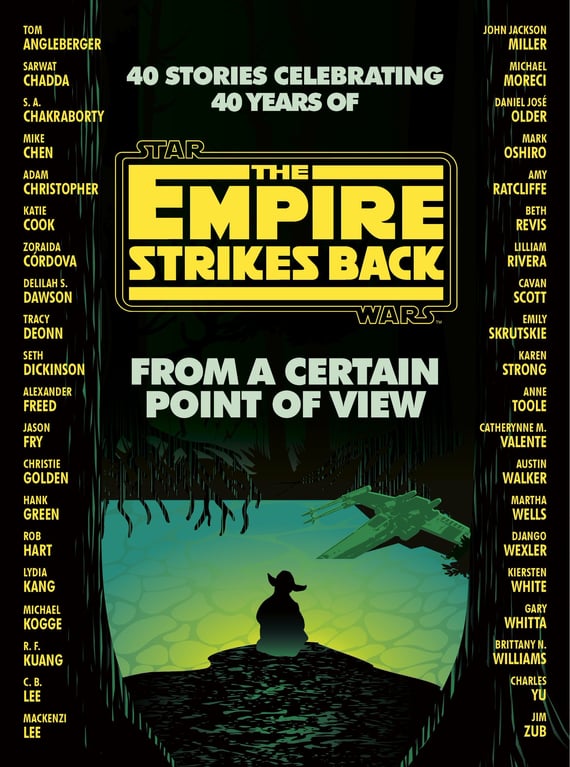 I have just read the article - wow!

As an older fan who hasn’t kept up with recent developments in the latest version release, and what the current situation is with the unaltered original version being a possibility, or reality, this has helped a lot.

Thanx doubleofive for all the time and effort it must have taken to do that, and in such a clear way, also. 😃

Has a sequel to this officially been announced yet?

I have to admit my fitness level has decreased over the past 2/3 months - even going for a brisk 30 minute walk can leave me a little short on breath.

Soon we will be able to do more - maybe get a cycle and do that, go outdoors and see some scenery, instead of the inside of the same 4 walls, and get fitter while doing this 😃 That could be one of mine, I played it so much! 😉 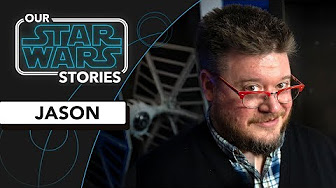 "Jordan Hembrough goes to Baltimore, Maryland, to meet Jason Eaton. It was the behind-the-scenes magic of Star Wars and the work of Industrial Light & Magic that captured Jason’s imagination; now he makes models as detailed and amazing as the real thing. "

Some impressive models, skills and patience to do all that, but really amazing OT models, and looks like he has a lot of fun doing this 😃

A centralised collection of OT.com threads supporting the call for an official release of the unaltered theatrical version of the Original Trilogy films | + Info on how you can help…

As an old ‘newbie’ (and an old member here with a new account and couldn’t remember my old user login), I hope everyone will try to do this too, I will! MTFBW us.

That is not to take anything away for the numerous fantastic projects that have taken place on here since the early days of the forum.

Disney and Lucasfilm should remember that (maybe they do - but do not care?).

Big thanx to the mods in creating these Indexes - they are very helpful and easier to find content via a specific category or subject.

I especially appreciate the Fandom and The Home Releases and Formats sections - they make it a lot easier to understand what is quite two large, complicated and easily confusing subjects.

I made a thing (or rather, completed a thing):

An Index of OT•com threads on all things the Audio of the Original Trilogy… - in Theatrical Cuts vs. Subsequent Releases

I thought I’d also mention it in here as there is content on the ‘index thread’ about Original Trilogy audio in general.

This site is just great, so much stuff on here going back years. Amazing content and projects still!

I used to lurk here many years ago, but with all the changes, to the world and this website, I decided to finally sign up.

I hope so too, looking forward to this new project, especially as the writers invovled are all committed to this and are well versed in the Star Wars Universe.