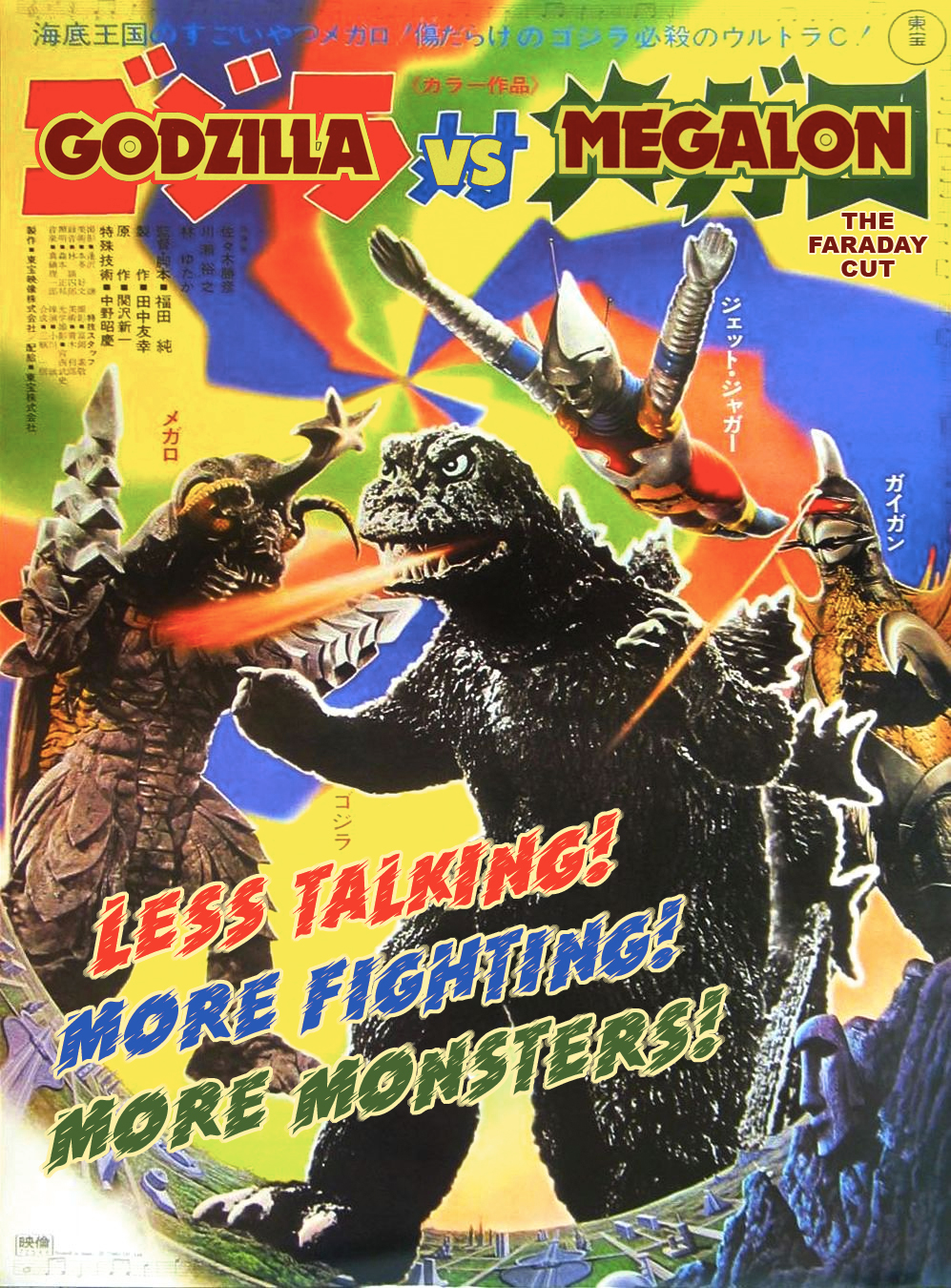 Synopsis: When the sunken kingdom of Seatopia attacks the surface, two scientists and a young boy must help Godzilla and the robot Jet Jaguar stop the monstrous Megalon and the evil Gigan from destroying the Earth!

My five year old son recently started playing a Godzilla fighting game and decided that he loves Godzilla. But he’d never seen a Godzilla movie, so I showed him the English dub of Godzilla Versus Megalon (1973), the most child-friendly one I could think of.

But when I rewatched it, I realised it’s not quite as child-friendly as I remembered! Additionally, the parts with the human characters drag on; there’s also a lot of filler conversations, and a lot of very long shots of not much happening. I’ve cut the movie down to a lean hour of campy seventies family-friendly fun, keeping intact the excitement and danger of the humans’ story while toning down the violence and filler. It’s gone from a slog that my son patiently sits through to get to the giant monsters, to a fun romp he enjoys watching throughout.

Why would you tone down the violence? Isn’t that what Godzilla is renowned for?

It’s a movie intended for children about giant monsters blasting each other with energy beams and thumping each other like pro wrestlers; I left everything like that intact, and just removed things like humans shooting each other and the hero bashing a guy’s head repeatedly against the ground after he’s already stopped fighting back. Things that wouldn’t fly in a kids’ movie today for good reason.

When I first watched your edit it had more action than having ordinary life in its days.

Thanks! It’s probably my favourite fanedit that I’ve done, honestly.