Please help me identifying its actors from EP4. (Sorry for my bad english.) Probably, listed from ending credits. 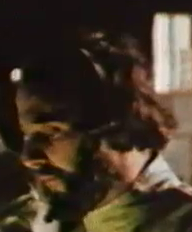 Find hungarian dubbed pirate dvd from my archive. Its opening credits, homemade subbed/rendered and not narrated or missing than vhs/tv versions.

One frame taken from DVD, the cue markers: https://ibb.co/CQ71rjN 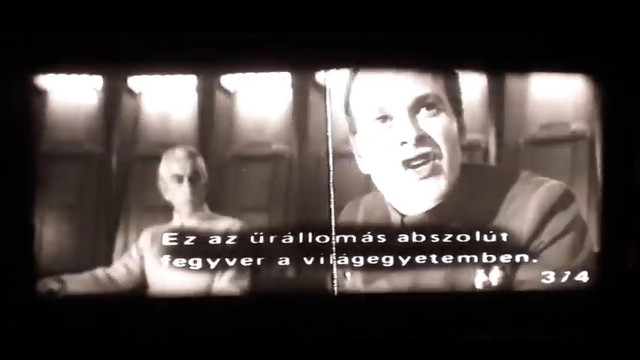 One frame from video: https://imgur.com/DioleJQ

“The audio people for “Superman-The Movie: Extended Cut” partially restored what was originally intended for the film, without doing it completely or competently, creating an all-new music edit for the opening titles of the film, one which was never intended by the composer or the filmmakers.”
…

Found from net in few hours:

THE BIGGER PICTURE: A RETROSPECTIVE OF THE EXTENDED VERSION OF SUPERMAN-THE MOVIE

There was once a time when movies hardly needed to be expanded beyond what was released in the theaters. Whatever the edit was that came out in theaters satisfied moviegoers, and that was that. The thought of deleted scenes and cut footage was something that hardly crossed the average moviegoer’s mind. I grew up in the era of the 1970’s. Whenever films were shown on television, they would generally be edited for content, language, violence, sexuality, or time constraints to fit within a two- or three-hour time slot, depending on the length of the film. Like most other people, I didn’t give a first thought of anything missing from a movie, whether it was shown in the theaters or on television.

Toward the end of the 1970’s and the start of the 1980’s, something changed. For the first time, you could see a movie with footage added into the context of the film to expand it to a longer running time. Some of the earliest films I recall include Black Sunday, the 1970’s thriller about a zeppelin attack during a football game; Golden Girl, Susan Anton’s feature film debut about a young woman genetically enhanced to compete in athletic games; and Midway, the docudrama about the Battle of Midway. In the case of Golden Girl, I recall seeing a reference in TV Guide that some forty minutes of footage had been added to the 105-minute run time to fit a three-hour time frame. In the case of Midway, twelve minutes of footage had been exclusively shot for incorporation into the film’s television broadcast.
…

In 2009, a team of Superman movie enthusiasts came together to create the longest known version of Superman-The Movie, containing cut footage from the 1982 ABC-TV broadcast, the 1994 KCOP-TV broadcast, and other sources. The assembly of footage resulted in a robust 188-minute version, appropriately called Superman-The Movie: The Restored International Cut. It is a delight to watch and is presented in pan-and-scan format with mono audio, as originally broadcast on television. Experiencing this edit is like going back in time when television broadcasts of our favorite films were considered “events”.

Thanks to all who worked tirelessly to make this Superman-The Movie: Restored International Cut fan edit a reality, including “Phineasbg” (the main editor), Alex Serpa (the man who first notified me of the project, first heavily promoted the project on-line, and did some early editing), Chad Stevens, and two other contributors. My contribution to the project was a digitally transferred and color corrected file of my personal 16mm film print that contains many key cut scenes. Read more here about the history of this fan edit.
…

When we think of fan films, we think of underground projects done with very little to almost no money, done for the love of the project with a tip of the hat to those films that inspired us. For me the very first one that comes to my mind is Hardware Wars, a hilarious takeoff of the original Star Wars that in and of itself became a cult classic. In the 1980’s three boys set out to make their own homemade version of Raiders of the Lost Ark, which they did over the course of seven years and only in 2015 were able to finally complete. By the time of the Internet and digital era, fan films took on a new life, with projects such as Star Wars: The Phantom Edit leading the way for the slew of restorations, fan-made extended versions and recuts of beloved films that expanded upon or shortened films for those people with selective tastes (or distastes) for certain projects.

And then there was Superman II.

We are all familiar with the many production troubles that befell the sequel during production in 1977 and later in 1979 and 1980, when Richard Donner was unceremoniously removed from the production and replaced by Richard Lester. His directorial bent towards comedy resulted in a shift in tone for the sequel in numerous places, which to this day are still noticeable when going to the debates. In 1984 fans were first introduced to the extended version of Superman II on ABC, which saw some fifteen minutes of footage added to the film’s broadcast. Over the next few years different versions of the film would appear in various markets around the world, containing even more unseen footage shot by both Donner and Lester.

By this time my parents and I had our first VCR, and I was very fortunate to have recorded the ABC broadcast of Superman II in its second airing in 1985 [the first was on February 20, 1984], and then in its third and final broadcast in 1987. For some reason, something inside told me that I should record the third broadcast – and my instincts were right. In that third and final broadcast, even more footage was included toward the end of the film that had not been seen in its two previous broadcasts. (In later years, during the Internet era, some fans would argue that the added footage at the end of the film was there all along in the first ABC broadcast, but I remember better, for in those pre-VCR days I had recorded the audio from the film, and the footage was not there.) Little would I know at the time how important recording that final broadcast would be.

HalF OFF: Any VHSRIP or classic TVRIP (taken from VHS! or BETA master tape not DVB source) available?? (One PL VHSRIP and not classic TVRIP found from net.)

ccfilms: Get my copy from Hungarian TVRIPs?? (This stuff available in few months from Usenet.)