may eventually revise to 680/1.4 if situation permits but still seems too early to predict the climate, and I definitely don’t buy into the presale as definitive of anything.

Frozen 2 is the real head scratcher here, it’s clearly going to be huge, why undercut IX?

It’s fun seeing some of those white hallways and appreciate the production design expanding on the style of the OT with less limitations. Not in love with everything but it was a damn fine trailer and the right move showing as much as they did, for those genuinely on the fence with the ST or cautiously optimistic of IX I believe this worked as show of good faith.

For the record since I’m not seeing the most favorable comments towards the new season I’ll just throw my hat in the ring to say I absolutely loved every minute of The Return.

I think it would be too disappointing, yes, for all the parallels you mentioned, but the idea of Vader’s extended rehabilitation is interesting. Depending on how you rearrange the timeline you could make it seem as though the process takes a long time, with other events taking place during the recovery. 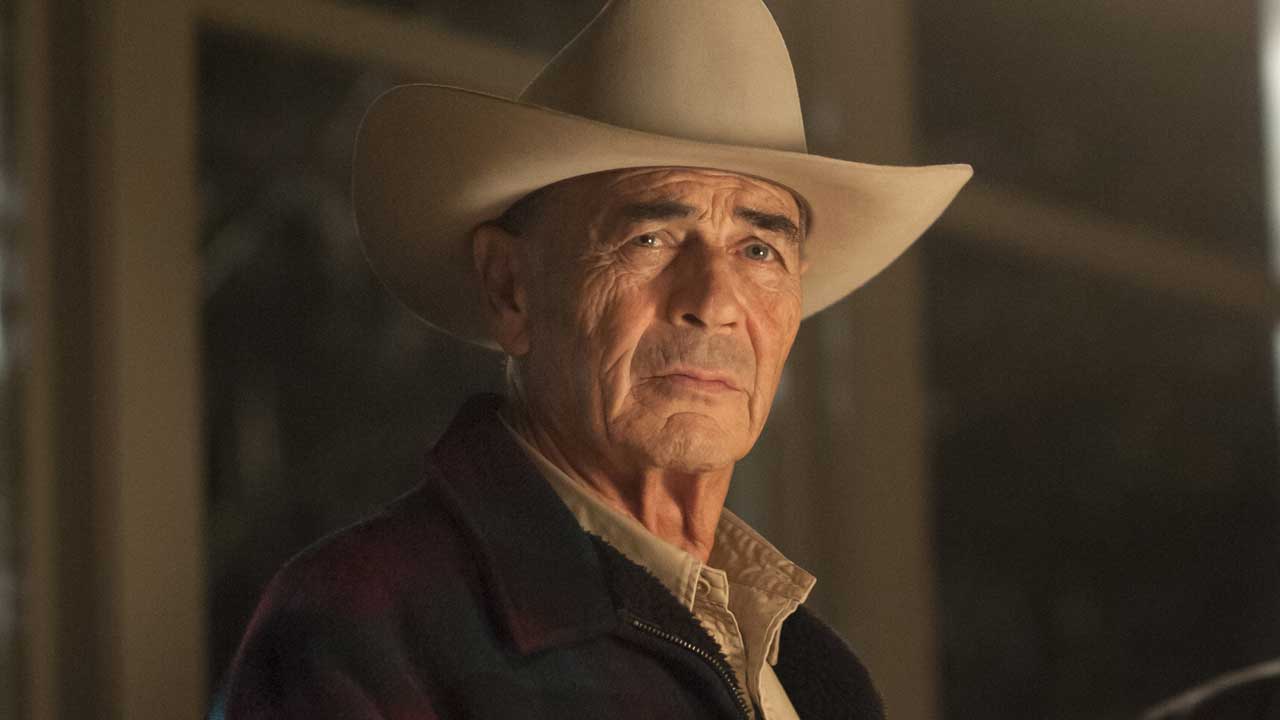 Luke projecting in TLJ had a lot more importance than Yoda projecting in the prequels would. It has consequences, for example Luke can’t be killed by Kylo Ren because he’s not really there. Yoda projecting would just be an unimportant detail since it doesn’t have any tangible effect, and would probably undermine Luke’s projection in TLJ.

Don’t let me get in the way of anything, but I think projection Yoda is a bad idea.

There may be a compromise, an important point is that Yoda cannot be there, undermining force projection in general would be dead right if he was still on Geonosis basically only miles away from being there physically, in a hypothetical 3-in-1 the timing of events may be shifted putting Yoda in a position (maybe kashyyyk?) far away and restricted, unable to attend for some other plot circumstance. Yoda would have consequence as he senses Dooku besting Obi-Wan and Anakin, the foretold chosen one they’ve been watching, early drafts of Return of the Jedi had projections of Yoda facing the Emperor in some capacity so I don’t think it’s that far of a stretch, mileage may vary on whether it’s a cool parallel or a half baked rip off.

How we all feel now?

Was watching this behind the scenes video with ILM model makers talking about the original designs for some of the ships compared to the final. I haven’t seen Solo and maybe they’ve done something clever as throwback to this before but was very intrigued by the idea brought up of the falcon having a rotating cockpit. Then I wondered with some stabilization or roto work can this simulated?

Can projection yoda possibly be accomplished using his existing Geonosis material? Or in a Jedi temple? Basically if force projection yoda were established it would need a shot of real yoda meditating, so where is he?

At the end of Revenge of the Sith, Yoda is seen meditating just before Bail Organa enters the room. Maybe I can use that shot?

Doesn’t seem close enough to convey the intensity well enough, probably him in the shadows with the blinds is better but I wouldn’t say what’s best without knowing how much preexisting pensive yoda there is out there.

Can projection yoda possibly be accomplished using his existing Geonosis material? Or in a Jedi temple? Basically if force projection yoda were established it would need a shot of real yoda meditating, so where is he?

Are there other examples beyond not cutting back to the Resistance? I’m mostly sticking to scenes being moved and how the original script momentum is vs the theatrical edit. Crait was the real point where it felt too long and almost came across as an addendum chapter, of course it also contains some of the most vital pieces of the movie.

I haven’t looked very deeply into the making of TLJ but at some point I was led to believe the original cut was longer and some scenes were moved around at some point. Not atypical but I did personally find the final pacing odd, maybe tightening the already longest episode so far in the saga accounts for some of the character motivations not feeling perfectly in sync for everyone? Depending on how things were moved.

I think a reason they revealed Palpatine aside from his current meme street cred is they feel safe showing things from the OT that fans recognize and build hype on while saving the new stuff, Lando wasn’t hidden, but the character of “the oracle” I don’t think we’ll see in any trailer. Render the opening crawls in Aurebesh.

I thought Jabba was well developed for a slimy piece of worm ridden filth. 😉

I agree, he was as developed as his role required.

And this is not what I feel from Maz

Agree shoehorned is the wrong way to put it, but these side characters really have only had about the same development going into the third film as maybe Jabba or Greedo from the OT, I want to connect, but I feel like I’m seeing more concepts of characters than full bodied established ones, I really need to see IX to declare one way or the other on a lot of the new characters.

I’m in the release order camp, love the amount of consideration into the question! Honestly the best thing you wrote was letting the kids go through it at their own pace and not try to marathon them. Considering the ages I think now is the right point to take your time letting them soak in the originals, uninterrupted, they won’t be able to appreciate the prequels in the middle of the OT. I would save those for maybe three years older after they are already invested, then I would be prepared for the oldest to even prefer the prequels for a brief time. But at a certain point I would just feed them whatever Star Wars they wanted, if they’re brought up with the OT I think that will resonate the most.

I honestly don’t consider Wikipedia a good enough resource in this instance on the exact definition of space opera as automatically under the umbrella term of science fiction, Wikipedia is good but I doubt the author of the article was diving deep into the minutia of the semantics they were implying, unless explicitly stated.

Understand where you are coming from by saying it is not only science fiction if it applies hard science, and it would be disingenuous for anyone to say Star Wars doesn’t contain elements of sci-fi, but I think there’s some similar biases in making space inherently science fiction. This doesn’t discount the droids, blasters, tractor beams and photon torpedoes, but I think most arguing fantasy believe those aren’t quite as muddled by the usual fake tech jargon. George did know what he was doing, he never even brings up how a lightsaber is made, too much Errol Flynn heroics to dwell on kyber crystals. Reminds me of the pitch that never came to be I believe at Warner Brothers to produce an adaptation of The Odyssey with Brad Pitt (roughly close to the time Troy was released) except set in space, in a way without changing much anything else, really trading one unexplored ocean for another, does this mean sci-fi really only needs a coat of paint for consideration? If so…then, well sure I guess that’s fair enough. But I think you had it right when you said Lucas needed to distinguish his movie as more on the side of Flash Gordon than movies like 2001, which is less relevant now because Star Wars mostly succeeded those. The heart of Star Wars is much closer to Wizard of Oz than most sci-fi and that’s how those like myself recognize it first.

Honestly though my truthful opinion is that other genres have just as much crossover and ambiguity but there’s more debate on what qualifies as sci-fi or fantasy because we’re all nerds.

I like the extra glow on the lights, maybe a little bright but mostly blends just fine. The re score also does well I think up to the point just before Alderaan is destroyed, if maybe the replacement music could come in after Tarkin finishes his line “soon enough” I think it would sound more natural.

No, this is more than fair! George especially makes so much use of the whole frame end to end which will present a tough challenge, I actually have plans to really get in and rotoscope specific shots and some may be split and squeezed, the 4th shot you’re referring to is actually squeezed with very little cropped from the original frame. All said I’m working on a teaser to show how the project might look, I do understand it’s going to be too cropped for some people who have no interest in a new aspect ratio, but as I’m using it for my own shortcuts to rearrange scenes and dialogue I don’t see right now how I could continue with wide.

Between Solo’s botched release (largely Iger’s fault) and Iger’s latest strategy of releasing a memoir full of stories where he makes George Lucas feel bad literally one week before the marketing campaign for the end of the Skywalker Saga starts, you have to wonder just how angry Kathleen Kennedy is at her boss right now.

I’m sure the anger is mutual, lot of drama behind the scenes is just inevitable when the stakes are this high, remember the Sony emails? 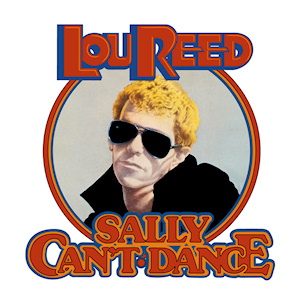 critics and even Reed himself went pretty hard against this album, but it’s very solid for me with great bite.