In these times I’m happy to listen to MV talk about this stuff endlessly, way into the shop talk on restoration as a whole, plus it was really nice to see him talking about legacy at all as the vimeo uploads are from a few years ago now.

Red Tails had exciting action and didn’t deserve to get shit on, everyone had a hate boner for anything touched by George and he was just trying to give a role model to kids, in general I think Lucas is misunderstood a lot this way where he’ll make a movie for young children and get trashed by a young adult audience it wasn’t made for.

Thanks again for putting all of this together ZkinandBonez, so many of these I’ve never seen before and they’re real gems, especially the actors working together and with Lucas are so endearing makes you feel part of it.

Yeah my feelings are it isn’t so simple as one botched opportunity, more the dam busting after a series of unchecked cracks that started to add up over time. One of the bigger complaints about TROS is the breakneck pacing, but consider all the elements unresolved from the previous two IX now had to juggle or otherwise ignore like the Knights of Ren. All while trying to balance an appropriate ending to the trilogy, the saga, and being its own movie. So for me while it’s not blameless and I do think TROS took the lazy way out, it’s a tricky situation and some of it lands on time wasted not establishing more prior when there was time to spare. “We’ll figure it out later”, then all of the sudden we’re at the finale and later became too late.

The more I dwell on it the less I blame this movie for its shortcomings, I feel like I can’t lay all the criticism on IX’s shoulders given the tight spot it was in. Had there been a through line things would be different, but especially in hindsight I got issues with the whole trilogy and TROS inherited some of that baggage, forcing it to be worse than it would have been with a cleaner structure underneath to support it.

Mark Hamill really goes through the full range of emotions in the trilogy more than any other character. James Earl Jones is not far behind with his operatic line delivery but like Anthony Daniels they’re both limited in the face, instead supported through iconic costume design. Hamill just gives so much energy and takes the role so seriously it elevates everything around him, even when he has no other human cast to work with for long stretches. 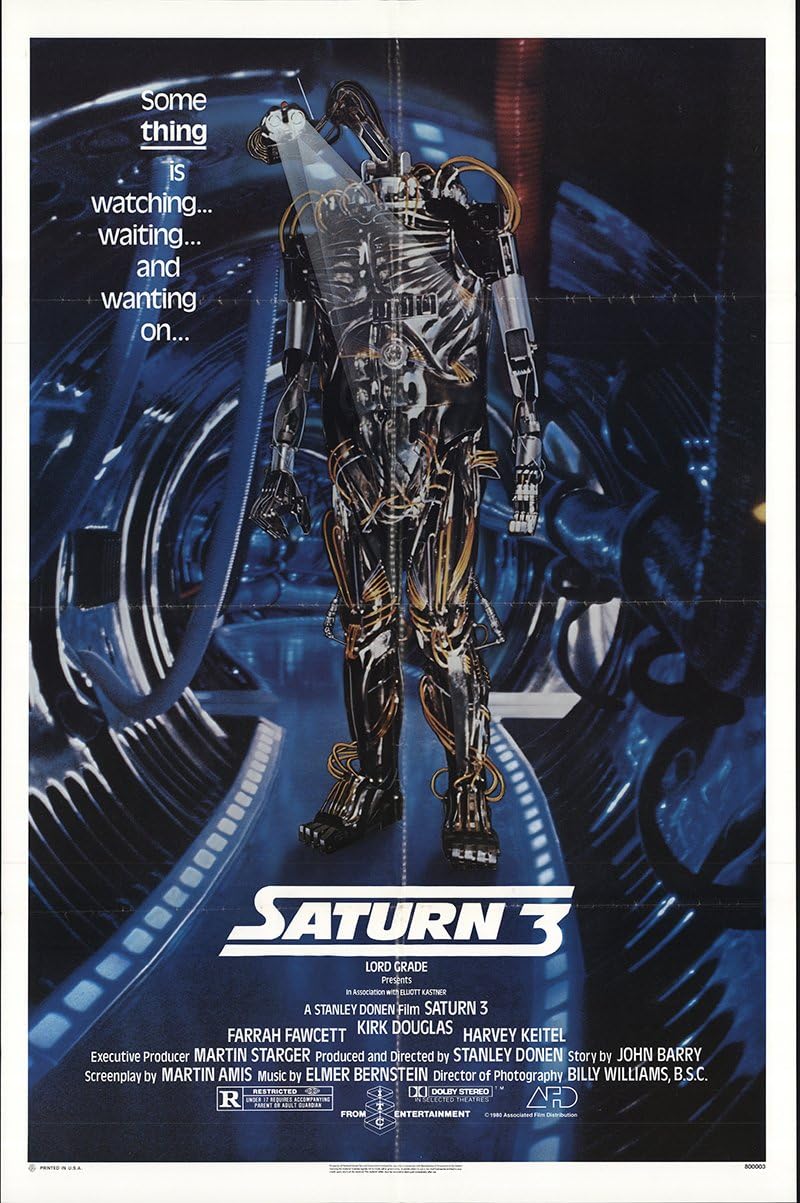 If Master Duracell caught me doing this he’d be very grumpy.

The man who started it all turns 76 today! 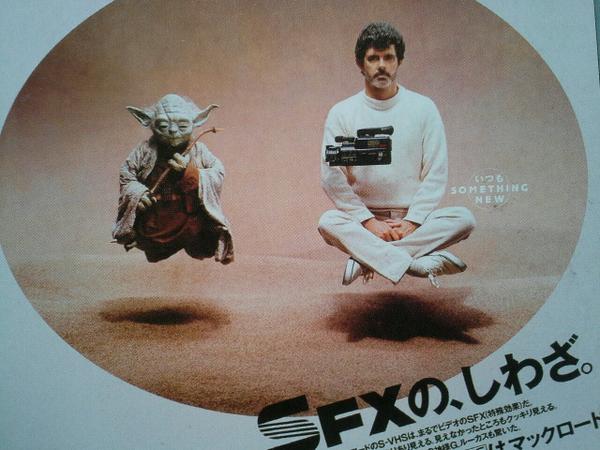 Share some Lucas fun facts, pictures, or videos if you’d like, but most importantly wish George a happy birthday!

They didn’t have any faith in figuring out how to incorporate past heroes into a generational conclusion so they just sidestepped the whole thing, and it wound up completely unsatisfying.

Arguably this problem plagues the entire trilogy, only the buck stops here.

This was truly a special Star Wars experience for me. I’m part of the clone wars generation of star wars fans. I saw the original animated film in theaters on my 8th birthday. That was my first star wars film on the big-screen. I’m so incredibly proud of this show. It was utterly spectacular. This series has done the prequel films so much justice I cannot even explain. I showed my brother the entire series this month and we finished it off by marathoning the last 4 episodes. The loveable characters become so deep and grow so much throughout the show, and to see the finale was something truly unprecendented. I couldn’t believe the depth of storytelling, the amazing sense of dread, and how much it all felt like a film. Thank you George, and thank you Dave Filoni.

After all the years of people loathing the prequels, this show solidifies for me that those stories deserve respect. This is timeless, and required viewing for any star wars fan.

This was the comment I was looking/hoping for after just having watched the final 4 episodes having not grown up with the show at all or really the prequels. I still didn’t have the true emotional reaction fans will in terms of characters like Rex and Ahsoka, but I followed along just fine. I’ve also learned to love Revenge of the Sith enough to respect it and the prequel era as it was interpreted. Truly must be validating for prequel fans to see such specific references given that really make the finale a RotS companion piece and for it to be so respected in that way. In a way the quality of the finale and its link to those events are really inviting fans to revisit now with a new perspective which was exactly what Filoni had in mind.

The finale being contrived is its own issue, had the story not written itself into such a mess it still should have been about the new main characters and not the old, which would just be unfair and unsatisfying in its own way.

I think the purpose of not doing that was specifically to keep agency with the main protagonists, just like how Luke doesn’t actually swoop in to save the day as to not overshadow the new characters we’re meant to be following this trilogy.

It’s more that the story boxed itself into that corner to begin with, not that the character should have chosen another option in the story as it exists now, it’s the story itself that took a shallow path.

What does this story have to offer me as a human being?

This is what gets me the most, so vitally important, these deeper morals are what give the stories their true meaning and purpose, to be reduced to any other popcorn blockbuster ending sells the saga short. Lucas did a lot of confounding things, but he always understood it was deeper than that.

So many of those Hoth pics look like personal photos by random Rebels. I love it!
The one of the squadron with the laser turret looks like an official squadron group photo with the Sergeant off to the left. Could be framed with a plaque: Squadron 138 - North Ridge

I’d never seen or heard of R2 washing the X-Wing! I really wish that was in the film.

Was about to leave this same comment! The outside Hoth photos look like actual war photography! Some great wallpapers here.

Could you link to a specific scene you have in mind?

Sure I don’t rate either highly but I also can’t think of any action scenes from TROS that are any more visually interesting than seismic charges.

NeverarGreat I know how you feel. I waited more than 25 years for my favorite book series, the Dark Tower, to become a film. And when it finally did it was a steaming pile of shit.

I feel like one of the lucky few to have had my 25 year payoff and loved every minute of it with Twin Peaks: The Return.

I’m looking forward to seeing what Taika Waititi will do with this project - and can bring to Star Wars overall.

Lucasfilm are too stingy on the details for their announced projects for my own liking 😉 Even a hint of what it may be about, or the timeline etc, would be most welcome…

You got that right, it’s not 2015 anymore these non announcements don’t even generate any interest with me, pics or it didn’t happen!

Another way to put it I guess is that I would be more likely to watch TROS in full and AotC in bits and pieces. AotC puts me to sleep, TROS already feels like a mashup on fast forward with scenes so quick and hollow there’s hardly anything to skip to. Does TROS have cleaner performances and effects, sure. Does it have more exciting action and story? Not so sure.

This edit helps cement the idea that these people are a family now, instead of Rey being completely alone on a desert planet at the end. Her friends are there waiting for her : )

It also helps explain why BB-8 is there, he’s just a curious little friend : )

Much more comforting, feels like a Harry Potter ending.

It doesn’t really mean anything to anyone here because yeah, the movie is just not enjoyable to watch - but I at least respect AotC more than TROS.

This is a good distinction to make, I appreciate the ambition and even the courage to test the untested, it really depends on how you measure success. From my point of view TROS never gets as boring as AotC but it also never gets as interesting.

Would Yoda have still existed if Kenobi wasn’t killed off? If so what would Kenobi be doing in ESB? And if not where would Luke be instead of his Dagobah vacation?