I’d like to have the Jedi themselves gradually become authoritarian over the course of the PT. At the beginning of Episode 1, they’re more like academics, diplomats, and thought leaders with no formal power in the galaxy, having given it up at the beginning of the long peace they live in. But this long peace is coming to an end, and the Jedi, reminiscing their past as defenders of peace and justice in the galaxy, illegally intervene in this war. This should be portrayed as a good thing, if they hadn’t, the bad guys would’ve just chewed up whatever planet they invaded and moved on to the next, and the Republic was incapable of stopping them without the Jedi.

The enemy responds by escalating the war to deal with the Jedi, to the point where the Jedi can no longer handle the war on their own. The Republic is at risk of being conquered, and the Jedi save the Republic by seizing more power and mobilizing a large, centralized army capable of fighting a galactic-scale war. Since the Jedi have been the boots on the ground, this army is answerable to the Jedi, not necessarily the Senate, giving the Jedi essentially more power than the Republic. After Episode 2, the galaxy may as well already be in the same political state as it is under the Empire, the only major difference being that the Jedi, who are trying to do the right thing, are in charge. The Senate won’t be dissolved until Episode 4, but in Episode 3 they’re just rubber stamping what the Jedi want to do anyway. Again, this should be something the audience is on board with. If they didn’t do this, the Republic would have been destroyed and someone far worse would have been ruling the galaxy.

The Senate would be more like the Roman Senate than the American Senate, where all the Senators have important bureaucratic jobs outside of legislating. Palpatine is the Jedi’s representative in the Senate, a very prestigious role before the PT but not powerful until the war happened. But now, Palpatine is essentially the commander-in-chief of an army which is more powerful than the Republic, and all he has to do to seize complete control of the galaxy for himself is to get the Jedi out of the picture. He does that, and that’s it. He sells this seizure of power easily, because ostensibly the only difference between the Jedi’s regime and his is that his regime is more effective and not self-sabotaging with allegiance to, like, ideals and morality. Now that Palpatine’s in power, the “Republic” easily wins the war they always should have been able to.

I wouldn’t want the audience realizing the Jedi were doing anything wrong until it’s in retrospect at the end of the trilogy. The Republic is cripplingly stalled by corruption and enough Senators are in the pockets of the enemy that the Jedi are the only ones capable of fighting a truly evil enemy, but they have the strategy of white blood cells and put the galaxy in a worse position because of it. If Palpatine’s behind the enemy here too, this could be his real plan, counting on the Jedi Code’s complete intolerance of the dark side to get them to seize power for him.

I feel like I’ve 180’d completely very quickly on this. Storytelling is a form of communication, and taking messages from a someone that they didn’t intend to convey would be considered dishonesty, or at the very least unfair. I think Death of the Author is a useful tool, especially in cases where an author doesn’t really get the appeal of their own work (e.g. George Lucas, JK Rowling) which go to show that treating authorial intent as objective truth misses very important aspects of a work of art. But I think placing authorial intent on such a low pedestal also misses very important aspects of a work of ar. I don’t know how useful of an analytical tool this is, but if disagreement between the author and audience is a miscommunication, then we should analytically look at a work both for its intended message and its received message, which are coequal.

What is going on at Lucasfilm

If someone’s seriously that addicted to the internet that just going on for school or work makes them immediately go on websites where they see things they wish they could unsee, which have partially ruined their life, they have a serious problem and need some serious help. Throwing up your hands and saying that the only solution to the problem is if the internet never existed is just going to lead to you, unsurprisingly, seeing more shit that’s going to partially ruin your life. Unless they take action to change their behavior, their behavior isn’t going to change.

Spuffure I’m sorry if this comes off as confrontational, but if going on the internet causes you so much pain that you wish you were forced not to use the internet, why don’t you just choose to stop using the internet?

I voted but forgot to get an “I voted” sticker

The reason people project these alternative meanings on the prequels is because they’re films for children, and therefore will make it more complex then it actually is in a desperate attempt to make the films appeal to them more.

I used to be the resident prequel hater here but I think you’re selling the prequels short, brother

People here did it with “The Skywalker Saga.” That was a marketing term used to promote Rise of Skywalker. Even though most here hated that movie, they bought it hook, line, and sinker and felt compelled to make unnecessary 9 movie mega edits because of it, because you have to have the complete Skywalker Saga.

Sure, but it’s not like the only reason people see some overarching something between 1-9 is because of marketing. Although I think I agree with you that there are probably more 9 movie mega edits than we probably need.

I’m extremely nostalgic for the Revenge of the Sith video game, I played the hell out of it as a kid

I like the set design a lot. I don’t think Star Wars has had set design I’ve liked this much since the OT. Feels like a weird opinion to have but I have it

I think it might be simpler to just do it the way the Star Trek EU does and let people choose to integrate or not integrate whichever canon they want.

Well, no. Unlike most of you, I’m a person who actually cares about continuity. I would like Star Wars to be a multimedia project, a single universe made up of multiple media that’s basically consistent with itself and between the various stories, as much as possible. I’m absolutely in favour of the existence of and official continuity, I think it’s necessary. This doesn’t prevent the individual fans to create their own personal Canon, and in fact I am the first to do so. But I think the existence of a stable and consistent official continuity is important.

Why not? Canon isn’t the biggest deal ever, but it’s nice to have everything in a fictional universe be roughly consistent with each other. That way, you get to avoid the confusion that comes with insanely tangled multiverse timelines, and every installment feels like it “matters” in the grand scheme of things.

I guess I just don’t see the value in that. I don’t think either Star Wars EU does anything especially interesting with the overarching history of the galaxy so I don’t think we’d lose much by moving away from an overarching continuity. It feels like more of a novelty that pretty wildly different stories have continuity between each other. 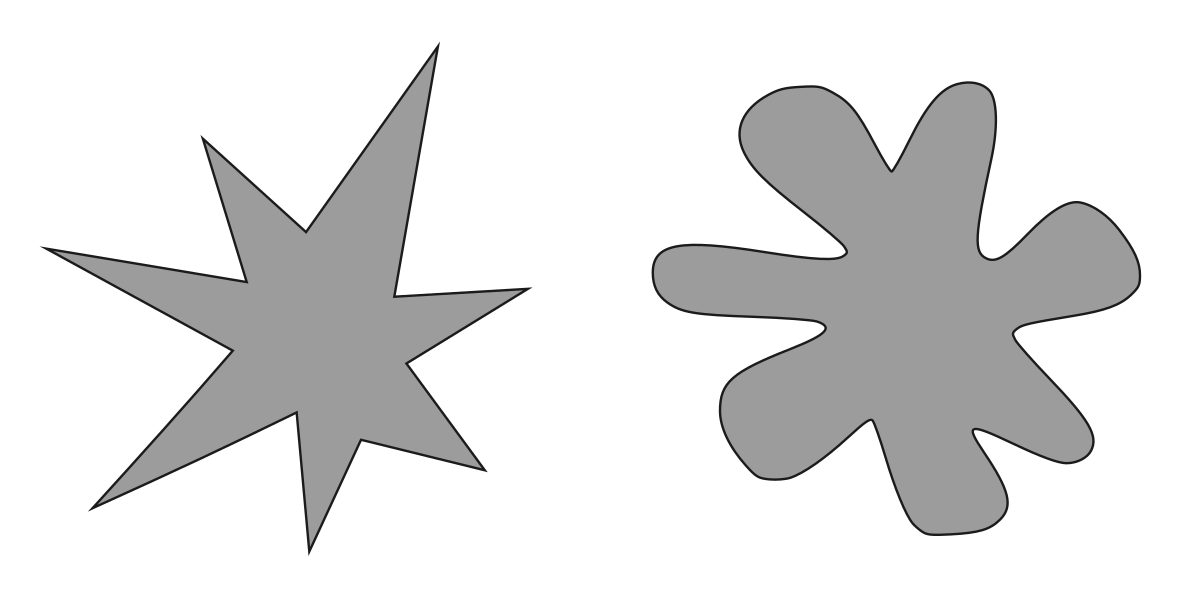 I think it might be simpler to just do it the way the Star Trek EU does and let people choose to integrate or not integrate whichever canon they want.

Well, no. Unlike most of you, I’m a person who actually cares about continuity. I would like Star Wars to be a multimedia project, a single universe made up of multiple media that’s basically consistent with itself and between the various stories, as much as possible. I’m absolutely in favour of the existence of and official continuity, I think it’s necessary. This doesn’t prevent the individual fans to create their own personal Canon, and in fact I am the first to do so. But I think the existence of a stable and consistent official continuity is important.

I heard all the reasons about Hayden and the Redeeming nonsense created his ghost to become young again lol,
crap…

Shaw is a bad choice as well to be honest, since Anakin/Vader died at 45

Anakin/Vader only died at 45 after the prequels made him so young. Shaw was a perfectly fine choice in 1983.

Ghost Shaw worked well in 1983, but It doesn’t anymore. Personally, as I said in my previous post, I’m in favor of replacing the current 20-years old ghost Hayden with a version of Hayden himself that’s closer to his 40s.

Okay, but that doesn’t make it a “bad choice” that they cast Shaw, like you said. You can’t fault them for not having the clairvoyance during the production of RotJ to know that the prequels would contradict them two decades later. It’s not a flaw of the OOT and it’s not something that needed to be fixed.

Yes, but we’re no longer in 1983. Like it or not, there are other films now, and we must see things in a more united context.

Which is why I don’t agree with this attitude toward the OT. The OT came first. The OT portrayed Anakin as being old. The PT contradicted that. It’s not the OT’s fault and it shouldn’t be a good thing to “fix” the OT to fit in with the prequels, the prequels should have fit in with the OT themselves.

Having Palpatine’s machinations is cool, but it shouldn’t be an infinitely complex game of mouse trap while the Jedi sit on their butts.

I like the idea that Palpatine is, as well as a Senator, the intermediary between the Senate and the Jedi. In Episode 1, the Jedi will seek the power to act militarily without the Senate’s authorization because of what the Trade Federation’s doing. In Episode 2, the Jedi aren’t able to handle the conflict they got themselves into and they need an army to defend the Republic as it turns into a full-on galactic war. By Episode 3, Palpatine’s the middle man to this huge vortex of power the Jedi are accruing, and all he has to do to take it for himself is get the Jedi out of the way.

There can be tons of manipulation and Palpatining but the central steps from Senator Palpatine to Emperor Palpatine should be more clear.