Is this for real?

JEDIT: Had I looked for just another split second, I would’ve realized it is not.

I wish I could pull a shot off like this! Looking good!

Nice clip! I actually had another idea for this scene I’ve been sitting on for a while:

Maybe with a different piece of music, it could be played less seriously. Play up the absurdity of the situation.

No kiss here…save it for the end.

If any of the current rumors are true (KK out, Favreau in, retconning the ST, etc.) does anyone think we might get an OOT release? IF Disney is actually taking this seriously and is wanting to appease some of the angry fanbase, I think that would go a looong way. Just call Mike Verta and ask him to finish up his restoration. 😄 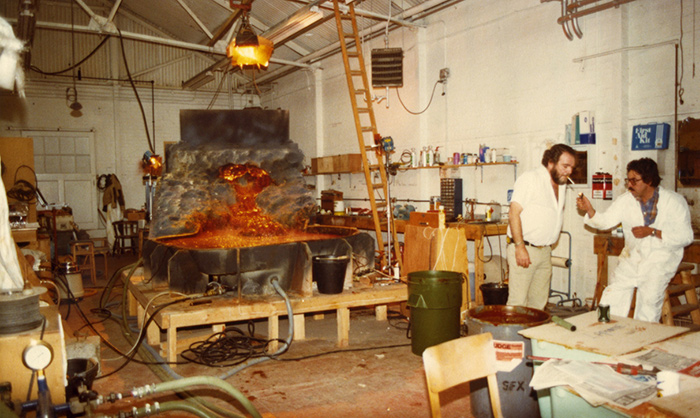 What is this model of? It kinda looks like lava running out the side of a mountain???

Is that a Strong Bad reference?

I wholeheartedly agree with Chase!

Yeah I also put a rough mask around him so everything else has the original frame rate.

I’ve seen a few tests similar to this before. I threw this together really quick:

Dex wouldn’t be in my hypothetical edit, but it’s an idea of playing with the not-so-great CGI characters in this movie. Go retro effects! 😛

Damn! I don’t mind admitting that I got chills and had tears forming from watching this!

Here’s an update to the ending bits I’ve been playing with. Maybe these can work individually or be inspiration for other ideas.

I further tweaked the “just Rey” line, and added a more pronounced “t”.

I also added an updated version of the new end shot I’ve been messing with, which removes Rey and BB-8, instead having the falcon fly off into the binary sunset.

Finally, I tacked on the YouTube clip posted a few pages back that added Ben and Anakin force ghosts. I cropped out Anakin so you could see what the idea would look like. Not crazy about the head nod, but I think the idea of adding Ben will work.

Lookin’ really good! I like the idea of the falcon being the last shot…at the same time…
Has anyone considered Rey riding around in Lukes xwing instead? Obviously, that’s more work for someone with fx skills but it might satisfy those who are saying “the falcon belongs to Chewy!”.

The behind the scenes drama at lucasfilm would make for an interesting film.

Did you see the doc “Waking Sleeping Beauty”? That is all about the BTS at Disney animation during the early 90s. An incredibly interesting watch. I’m surprised it was ever released.

Maybe in twenty years or so we’ll get something similar from Lucasfilm.

Sounds good! I’m in the early stages of learning Davinci Resolve. The whole node thing threw me off completely at first, but thank god for YouTube ;P

I don’t recall if this article was posted here in the forums, but the cinematographer for Knives Out (also TLJ) had some interesting things to say about film vs digital:

While I can’t agree with him 100%, I thought there could be some useful information here that might actually help with getting the prequels to looking like film. Granted, most of this goes over my head…so I don’t know if it will actually be of any benefit to you. Still, an interesting read.

Again, this is looking so freakin amazing!
SO good, in fact, might I suggest the camera shake you’ve added to the shots of the Jedi ghosts being slightly reduced?
The only reason I’m suggesting reducing the effect is so that we (the audience) can see them a bit better. Specifically, the shot that pans from Yoda to Obi.

Snooker, I love where this is going!

Hey, Bingowings! I’m hanging out here again…and post only every once in a while 😉

I am still surprised when people are bringing up Kurtz when it comes to ROTJ. He was fired and replaced by Kazanjian in the middle of ESB principal photography. He basically had nothing to do with ROTJ, let alone being aware of any details such as Kasdan’s and Ford’s suggestion to kill off Han.

Actually, I didn’t know this. Are you sure? I’ve seen BTS footage of Kurtz in the editing and/or scoring sessions, which I would assume would’ve post-production.

EDIT:
There…I had to go find it:
https://www.youtube.com/watch?v=Eyc82C3yc0s

Now, for someone who hasn’t chimed in until now:
You might want to look at altering Luke walking. He wavers left and right quite a bit…so much so that he distracts me every time I watch the clip. I don’t have time to notice the other Jedi in that shot. Granted, they each get a closeup, but maybe keep him from moving too much??

Maybe it’s just me. What do you guys think? 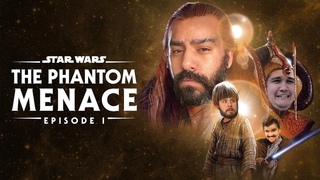 This. Is. F*cking. Awesome.