I wonder how long after RotJ does Sabine go with Ahsoka to search fro Ezra. Was it before or after 9 ABY, the time period of this series.

There isn’t a new Jedi order yet, so The Chid can’t be turned over to them. Would Ahsoka want to take him? Would she know about Yoda’s species? Would she know how to find out? I think the Jedi archives are gone. So is the temple on Jeddah.

We know Snoke and Palpatine both have Force abilities, so they were successful in their experiment. This doesn’t sound very good for the fate of either The Child or Ahsoka. I feel a great disturbance in the Force.

What if Gideon kills Ahsoka?

Did anyone else spot the concept art of the ferret-like creature breathing fire?

I chuckled when Mythrol complained there was no guard rail.

When Ahsoka shows up, will Gideon be equally interested in her midichlorians as well?

The last scene of this episode s certainly going to spark a lot of debate among the fans. The whole shot of the mystery troopers gave me a shadowtroopers from Jedi Outcast vibe.

Sounds like one heck of a battle is coming our way. Can’t wait!

If they start veering down the Snoke/Palpatine/Exogol thread. I’m out.

I’ve thought that’s what they want The Child for since the third episode of the first season.

I enjoyed all three and continue to do so. I’ve seen them all multiple times. They’re not perfect, but nothing is. I loved seeing the original cast return to portray their classic characters one last time. I think the passing of Carrie Fisher impacted the last movie more than anything else, but they managed everything beautifully in my opinion. These movies and this franchise will outlive us all, and I like that. 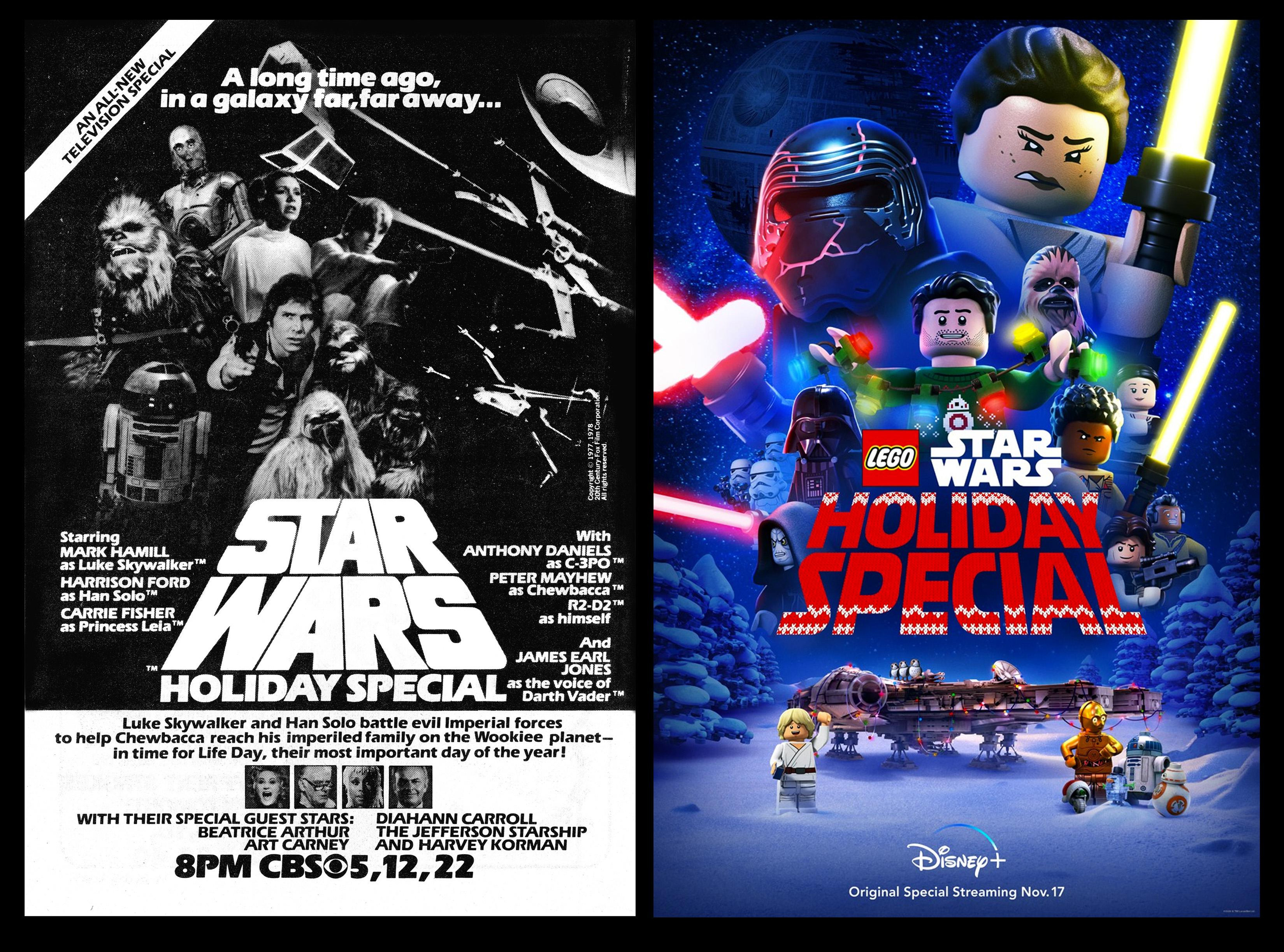 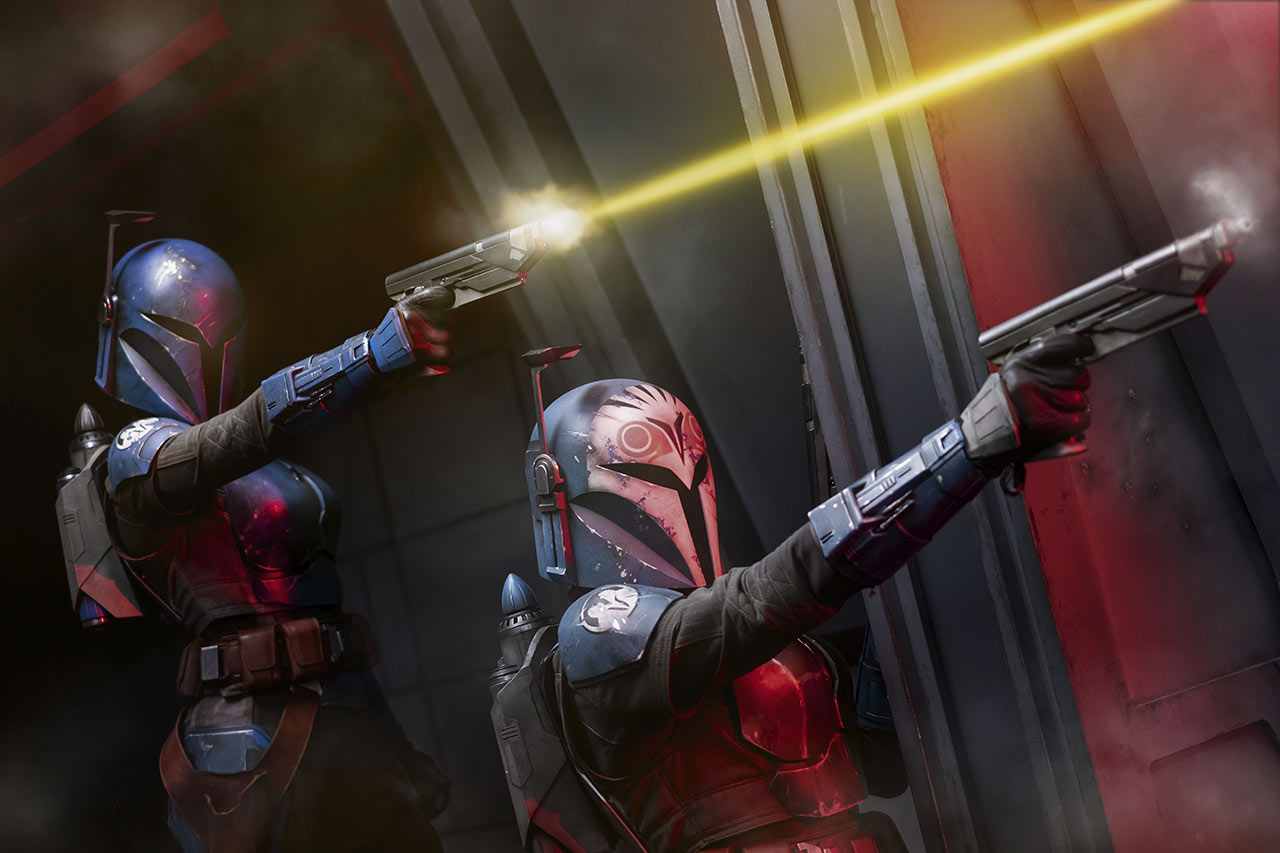 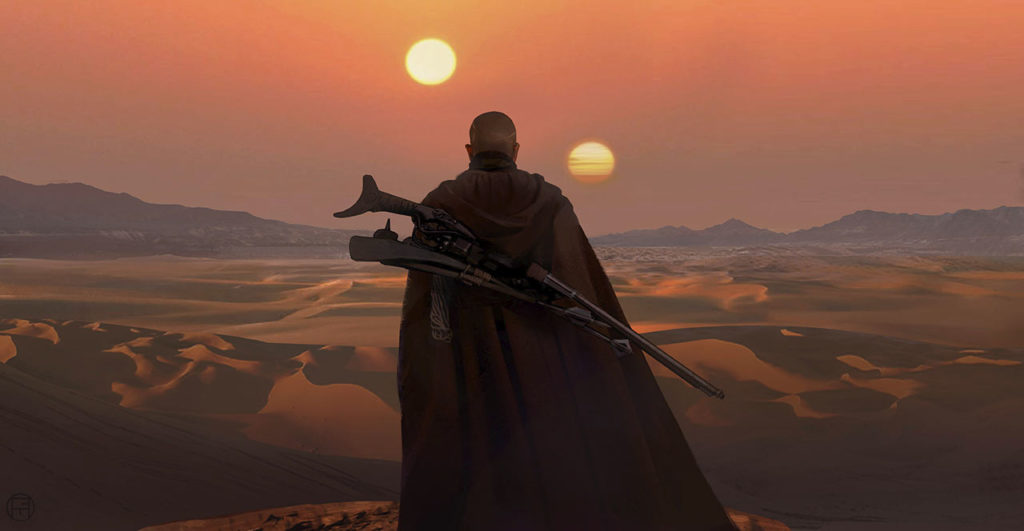 This is the best character(s) poster yet, Katee Sackhoff looks particularly great! It might be a spoiler in effect, but it’s now my phone’s lockscreen wallpaper. Anyone who tries to access my phone without permission gets spoiled for The Mandalorian season 2.

It looks like Disney is going to post a new one on facebook/twitter every Monday, so if anyone hasn’t seen the episode by then, they better not get online. I bet the Ashoka poster is going to be a huge deal. 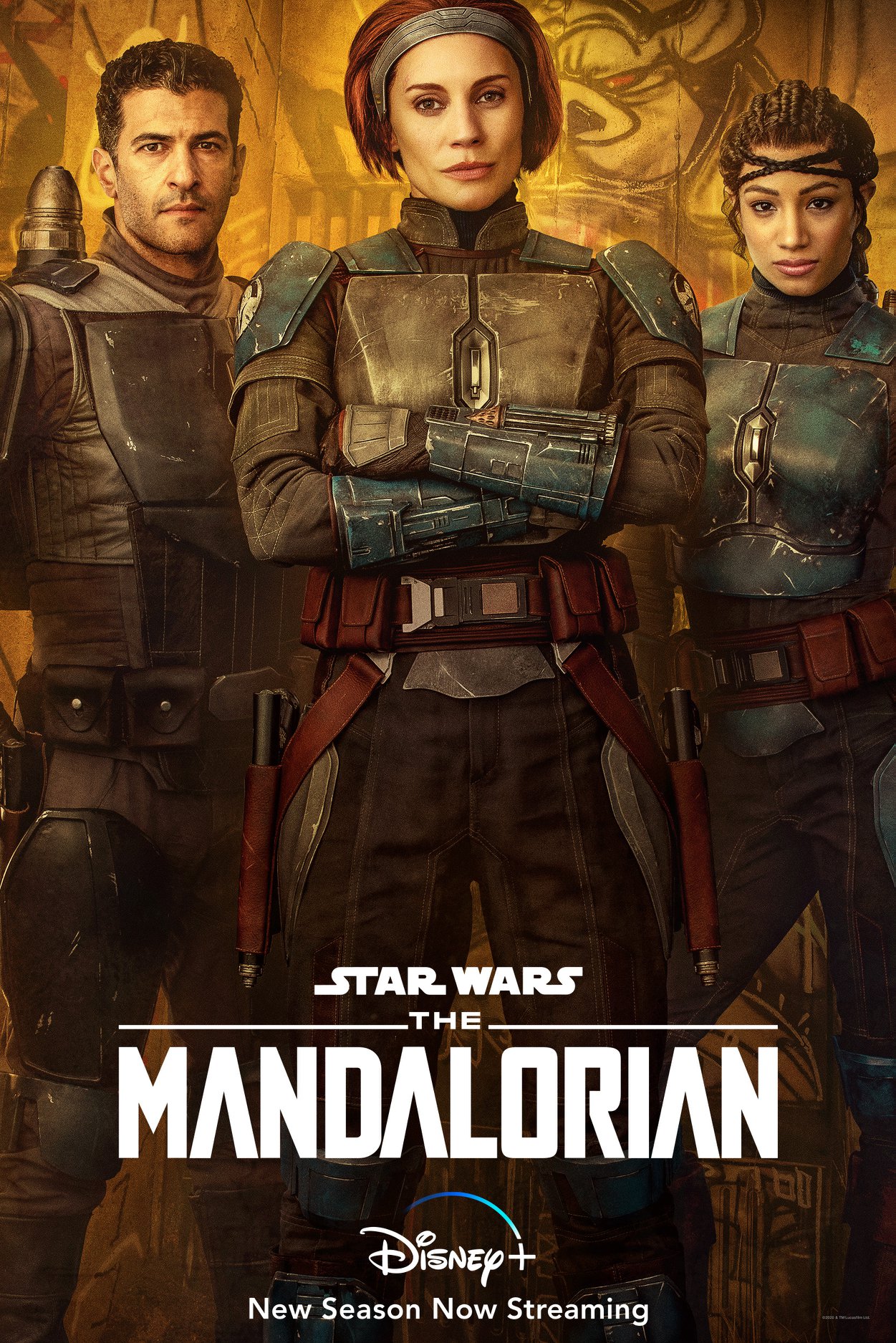 From the last time we saw Bo-Katan to the time of The Mandalorian is only about 30 years. If she was in her 20’s then, she’d be in her 50’s now. Katee Sackhoff is 40. I know plenty of people in their 50’s who look like they’re in their 40’s. I’m glad they made her just as they did.

I think it’s significant that Bo-Katan extends Din a helping hand out of the water that closely resembles when he was rescued as child. She could be “rescuing” him again from his current dogma. Who better than Ahsoka to talk with Din about leaving an organization over dogmatic ideals.

Thanks. I can personally relate to Ahsoka’s story, and I’d like to see at least part of Din’s character arc contain a similar eye opening as he comes into his own.

I’m curious about Din’s family. Their robes looked really nice. Were they wealthy? Is it possible after rescuing him from the battle droid, they had the opportunity to reunite him with at least some of his family who may have survived, but instead they kept him to increase their own numbers? I just feel there is more to the story.

I think it’s significant that Bo-Katan extends Din a helping hand out of the water that closely resembles when he was rescued as child. She could be “rescuing” him again from his current dogma. Who better than Ahsoka to talk with Din about leaving an organization over dogmatic ideals.

Wasn’t Dune at least partially inspired by King Arthur? Creative people typically consume a lot of material and their imagination are fueled. Maybe all stories are just Beowulf. lol

I think the child’s species is a Whill and Mando needs to find the Guardians of the Whills. Makes sense that a rare species that’s so helpless for decades would need a group of devoted attendants.

I’ve never wanted the next episode of anything more than I do right now.

Just FYI, Filoni is directing episode 5, not episode 4 (which will be next week’s episode). Carl Weathers is directing next week’s episode, and since the only shots in the trailers we haven’t seen yet are from Mando going back to Nevarro and to see Greef and Cara, I’m guessing we won’t see Ahsoka next week, but the week after, on July 27th.

I’m guessing Mando stops by Nevarro to get his ship repaired properly (or they contact him asking for his help), and they have a run-in with some Imps in the meantime. (Possibly to help break a prisoner out?). And by the end of the episode Mando will head to the planet Ahsoka is apparently on.

That director information makes a lot of sense. Maybe we get an Ahsoka tease at the end of episode 4? I just want to see what she looks like so bad!

Here’s my speculation on what shows/movies The Mandalorian could be setting up.

The Mandalorian, while being its own story, will affectively have backdoor pilot episodes for these shows / movies.

I’m up for anything, but I’d say the first two are most likely.

Really nervous about what Rosario Dawson will look and sound like as Ahsoka. The amount of scrutiny leveled that day will be enormous.

Noticed the voice cast of Resistance look very much like their respective characters, so the idea of potentially transitioning animated characters to live action must have been on their minds. I’d actually like more of this series in animated form on Disney+.

With the state of theaters right now, I’m glad there was already so many Disney+ projects in the works. Sounds like that is only increasing now.

This type of content is what I’ve waited decades for!

I’ve never wanted the next episode of anything more than I do right now.

Just finished rereading Dune. About to start Master and Apprentice (Qui-Gon and Obi Wan pre-Phantom Menace). After that I’m trying to decide I want to read the other Dune books (never read past the first one) or start the Expanse books (Leviathan Wakes). Any recommendations?

Who else is excited for season 5?!

I really love this series.

The first three episodes of season 5 will drop on December 16, then the rest will release weekly after that.

I’ll pick this up just as The Mandalorian season 2 ends.

I love so many different types of music, but if we’re talking about my very favorites, those would be:

I finished rereading the book last night watched the Lynch movie this morning. I’m all set for this. Too bad it’s a year away now. 😦

The sequel trilogy is not perfect, and I’m not saying no one could have done better, but I’ve yet to hear any idea I think would have been better, so I’m thankful we got what we did.