In short, yes: certainly enough to prefer the movie without it.

Now up again, after far too long a delay. You can find the logo to download from https://www.roccondilrinon.com/resources.

I personally prefer the first design. Using a concept sketch seems more appropriate than a mock-up poster for a script book, and I’m not a huge fan of the rip-off of Luke’s ROTJ costume they put Rey in. Where did you find the poster though?

Well, those people call themselves rebels but are exactly the kind of sad, reactionary edgelords that the First Order (and Kylo in particular) represent in episodes VII and VIII. The irony would have been delicious.

The credit should be “Derek Connolly & Colin Trevorrow”, but I like the design. Appreciate the nods to my fake trailer.

I haven’t seen either of them, but I’m inclined to judge things on their own merits, not by association. Some creative people can create both brilliant and terrible works (or, to put it in terms of general opinion, well- and poorly-received ones). Tom Hooper made both Les Misérables and Cats. Largely the same team made the first season of Game of Thrones as the last. For that matter, both George Lucas and J.J. Abrams made Star Wars movies that were generally loved and generally panned.

How do you mean?

Oh — using the same mask as in the second transition. The “Alpha” file is just this mask on its own, which you can use to transition from anything you like into the short version of the logo.

Which one? From plans to solid Death Star, it was effectively a virtual motion-control shot with a fade. For the solid Death Star to stylised logo, I used the foreground logo element as a mask, and then used an ordinary iris wipe for the small part in the centre where the foreground element never overlaps. All done in Blender.

Hey, so a lot of things have happened in the last six months or so, and I’m afraid I’ve not been able to do any editing (or anything creative at all).

I do have an update, though. The Hobbit movies were shot in 5K but mastered with a 2K digital intermediate, meaning all the VFX and colour work was done at (effectively) HD resolution and that any 4K release would have to be a mere upscale. However, it turns out that for the recent 4K disc release they’ve actually re-rendered the VFX and done a new 4K DI, and among other things, the colour looks a lot better than the original versions, more natural and more consistent with the Lord of the Rings films.

So, as you might have guessed, I’ve decided I want to use the 4K release as a base for the Roadshow Edition. I’m not sure that the final release will be available in 4K itself; I may find it too limiting in terms of using additional material.

I won’t have to go quite back to the beginning. I can drop in the new version over the top of the old for much of the picture, and although I expect I’ll have to redo my own colour correction, day-for-night grades and so on, as well as some of the fiddlier transitions, it shouldn’t take too long… once I have the source material, which may take a little while given my present situation, as I haven’t been able to get my hands on a copy just yet.

I used Sealemon’s tutorials on YouTube for the actual binding, but I could put the formatted contents and cover art up on my fanedit drive if there’s interest. You’d just have to bear in mind that it’s formatted to print on A4 (A3 for the cover art) so you may need to resize it if you’re in somewhere like the USA that doesn’t use standard paper sizes.

So I made a thing. 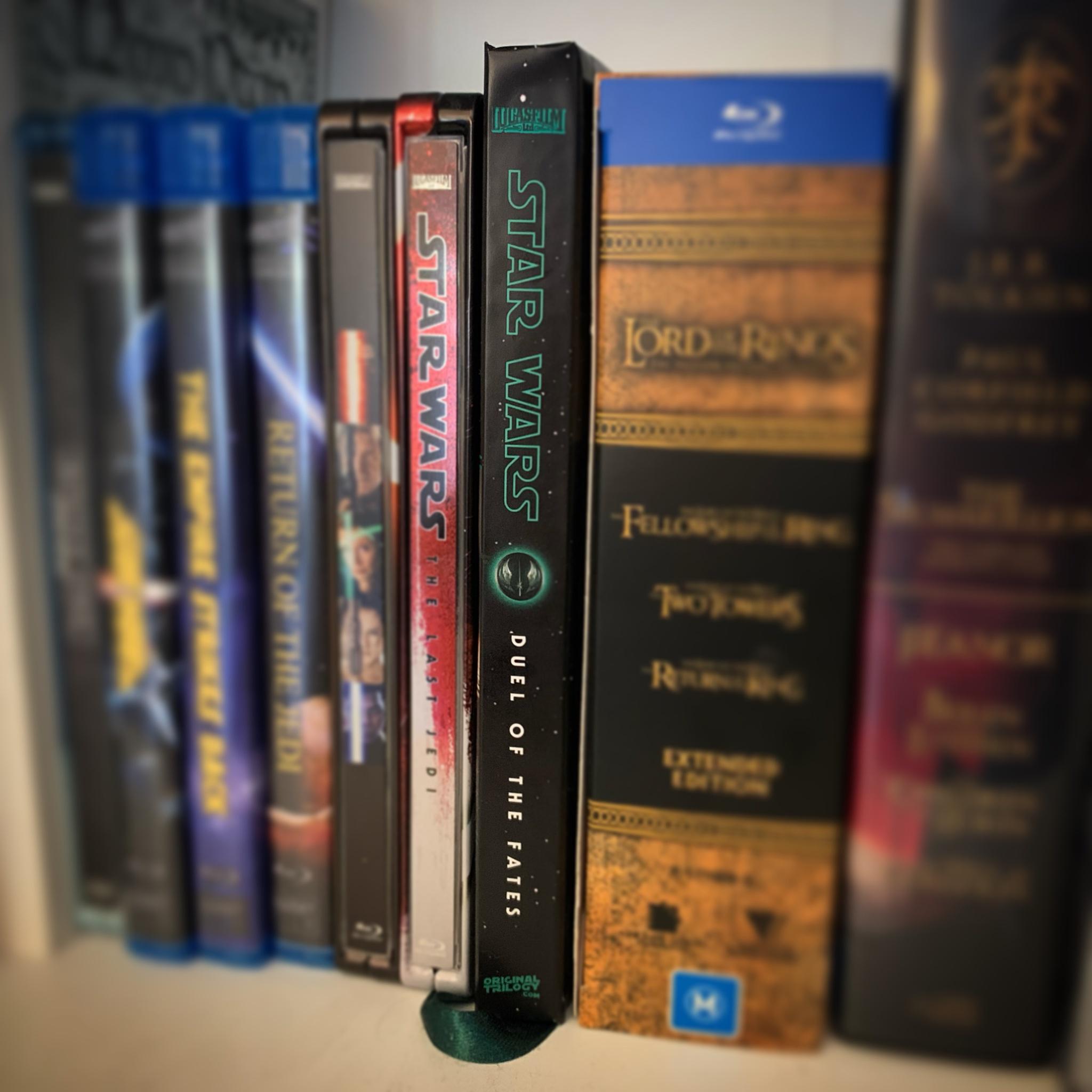 It’s a little hardback containing the screenplay and concept art, made to sit next to my blu-rays.

From elsewhere, actually. I am changing some dialogue elsewhere, but mainly just moving existing lines around. Specifically, “Unfortunately, no one can be told what the Matrix is. You have to see it for yourself,” is moved later, to the scene where Morpheus tells Neo about the One.

I actually intend to use some additional animation at that point, so the timing isn’t so much of a concern.

But I like your version! It’s closer in style to the rest of the scene than mine, I feel. I’ll definitely keep it in mind when redrafting. Thanks!

I’ve received the disc image from the guy who was making it (I don’t have the ability myself, though hopefully that will change for future edits), so it should be out soon! Just need to make sure everything works.

I’ve been thinking about the dialogue replacement for Morpheus’ D-battery speech, and I’ve got a draft I’d like some feedback on. Again, if anybody (knows anybody who) would like to volunteer a Laurence Fishburne impression for the scene, let me know; I could probably get the accent and delivery down, but I don’t think my voice itself would be at all suitable.

The human body generates more bioelectricity than a 120-volt battery, and over 25,000 BTUs of body heat. Combined with a form of fusion, the Machines had found all the energy they would ever need.
…
What is the Matrix? Control. The Matrix is a computer-generated dream-world, built to keep us under control, in order to change a human being… [he holds up a D battery] …into this.

A single human brain cell has thousands of parts, and is as complex as an entire computer. You have a hundred billion of them in your head, all running on less energy than it takes to power a lightbulb. The Machines found a way to harness that endlessly renewable processing power for their own ends. All they needed was a way to keep us from waking up to it.
…
What is the Matrix? Control. Sufficiently advanced computation inevitably requires consciousness. Even while we sleep, the mind is constantly self-aware in our dreams. But without an external subject to refer to, the mind enters an endless feedback loop and crashes. The Matrix is an outlet valve for our consciousness: a computer-generated dream-world, built to keep us under control, in order to change a human being… [He holds up a pocket calculator] …into this.

Haha! thanks. It’s been a hell of a year for me (as for all of us), but the silver lining is that I now have some free time to work on this. I’ve finally been able to get my head around camera tracking for those epic aerial shots. The rigging and animation for the bird itself was giving me grief because the model I bought wasn’t in a native Blender format, but I think I’ve got the hang of it now. Hopefully I’ll be able to put this little sequence together in the next couple of weeks.

Welp, I didn’t realise that I’d neglected to link the proof of concept in this thread — I put it up on the corresponding thread on fanedit.org (with a temp sound mix) a little while ago. Still working on the editorial and sound side of things, but the colour grading is pretty much done. If anyone can volunteer a decent Laurence Fishburne impression, that could be useful.

Well, that wasn’t the reason I didn’t contact them. I highly doubt they would, unless I were passing it off as my own work without crediting them.

To be clear, “the project” consists solely of this trailer. I’m not making an actual DOTF fan edit (such a thing would be impossible); the trailer is as far as it goes.

Yeah, the AT-ST was the last shot I did — I had a full-on migraine for most of the blocking and compositing and eventually just said “eh, it’ll do”. The other shot was one I stole from the Scoundrel Media teaser. Glad you liked!

I’m most proud of the final shot, I think — combining live-action explosions with fire simulations, getting in close to the model, the little gag of blowing the radar dish off AGAIN, and the wonderful sound of the Falcon breaking down from TESB.

I… didn’t tell anyone about the project. 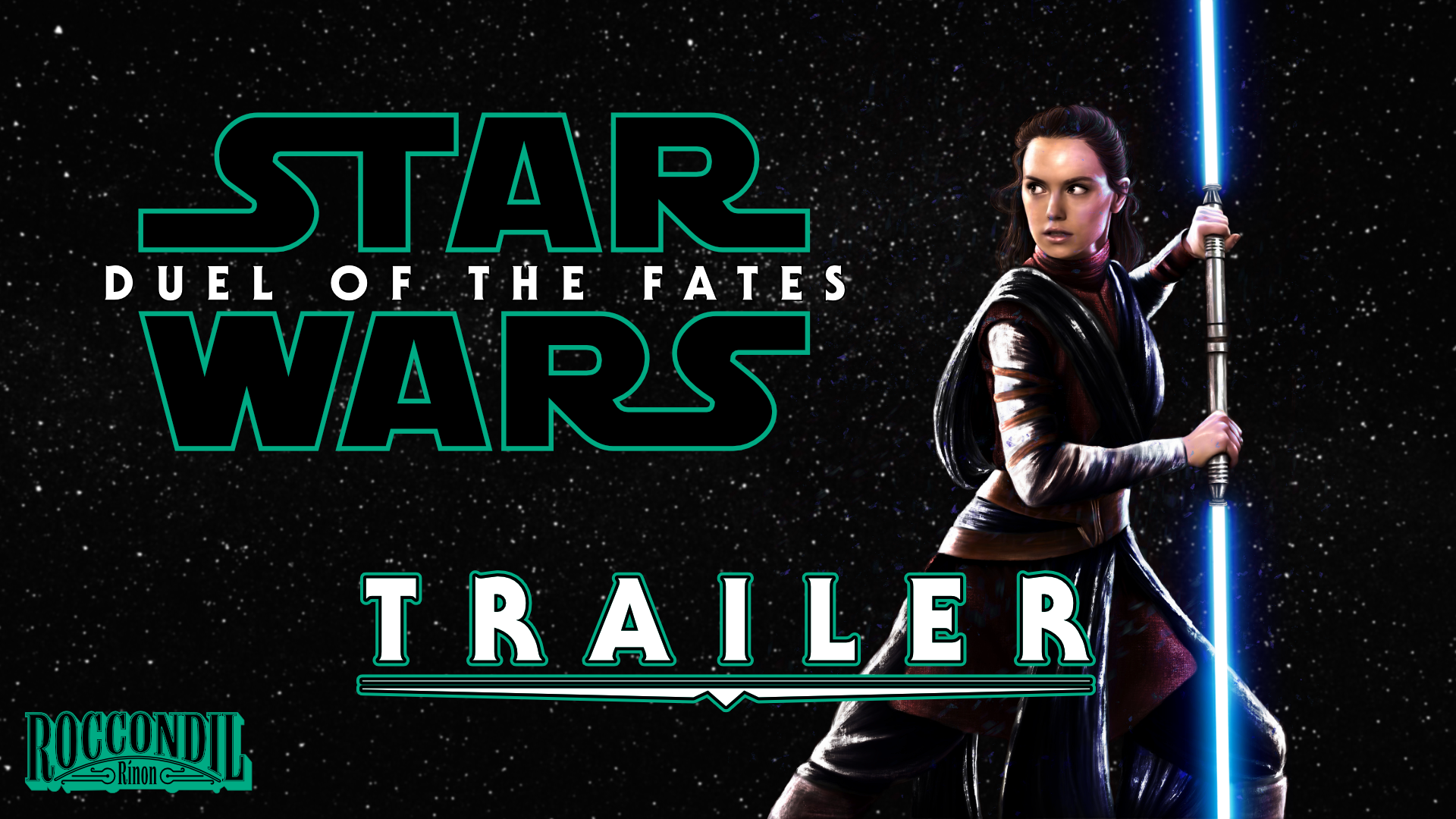 Just a little somethin’ somethin’ I threw together for May the 4th this year. Enjoy!

May the Fourth be with you…