This is responding to a post a while back, but are you sure the mainstream 'loves' the PT? As far as I can remember, reception for all of the films was lukewarm at best. 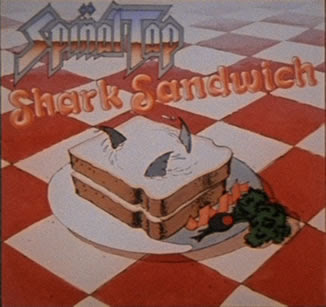 I love this page

To be fair, you could probably pick apart a LOT of movies and show how little sense they actually make.

You could've probably just asked Frink I bet to suggest you a fanedit. He probably knows them all better than anybody.

That's one huge post for being entirely about the little things you enjoyed in the PT.

...and I agree with a lot of them too. Guess it's those little moments that don't make the PT entirely unbearable. Probably why many fanedits work. Too bad they really don't make up for the bigger problems.

I think the thing with Anakin is simply that Lucas thought the best way to write a 'troubled Jedi' would be to write him as an angsty teenager. I sorta doubt that many actors could've pulled off Anakin as written and make him remotely bearable, so I kinda feel that Hayden gets a lot of undeserved flak for that performance.

...anyhow, I liked all the little continuity nods and jokes and whatnot. Obi-Wan's "you'll be the death of me" line always makes me smile a bit.

I can't really say much right now since I'm running out the door for work, so yeah this should be brief:

I love my metal. Especially the older death metal from the 80s and early 90s like Death, Obituary, Morbid Angel, Bolt Thrower, etc. I'm quite partial to just about all forms of metal though, and love me plenty of power metal and nwobhm.

It's quite a shame that most established american bands seem to almost exclusively tour europe nowadays.

Zombie, you should check out the upcoming album from Hell (UK). They're an old 80s nwobhm demo band that was pretty influential, but didn't ever get a full length released. They finally got things in order and are releasing an album, I think you'd enjoy it!

here's a youtube of a song from it http://www.youtube.com/watch?v=KJqCnk3YUC4

It's just a typo! Don't take it too seriously!

you should see how we act when we take it lightly

Ewan McGregor has a mole on his forehead. Alec Guinness does not.

This bugs me a lot.

the CG additions Adywan's SW revisited seemed to blend in a lot better than they did in the 2004 dvds, so I can imagine that a 'perfected' SE is certainly very possible.

I'll honestly be surprised if we don't see at least a few further changes in the blu-ray release.

ESB/TORJ made SW the masterpiece it was. It created an even richer world than the first movie (and that's saying a lot). IT might not be Homer, but it still is an irreplaceable fixture in our collective psyche.

I Will Kill You - by Cannibal Corpse.

I've never been a huge fan of them. I guess I always compared them to Suffocation in my mind and greatly preferred what Suffocation was doing.

Probably a six. It's better than excessive grain (often caused by edge-enhancement) problems that have occasionally plagued prior releases, but it certainly has its problems.

That's just as much of a problem as DVNR honestly.

I guess I'm floating somewhere between 5 and 6. I don't really buy blu rays because I'm, for the most part, pretty satisfied with the way my DVD setup looks.

So yeah, I'm kinda indifferent I suppose. I do hate it when a blu ray is DVNR'd so much that it loses detail though. That defeats the whole purpose of HD.

oh my god that clip was AWESOME!

I seriously can't wait to see this edit when it's done.

You're going to eventually do this for Empire and Jedi too, right?

Shouldn't it be special edition 2.0 or 2.1 if you consider the remixed audio on star wars ?

He kinda fucked up including the crummy laserdisc transfers as bonuses in the '06 dvds.

He can try to erase the originals from history, but it's ridiculously futile, especially in the internet age.

How do ypu know if I dont play any metal? lol.  As a matter of fact I do.

Considering you've only recently been exposed to Dio and Ozzy I somehow doubt your metal credentials are as extensive as you claim.

And if you haven't observed by now, it's your snobbish attitude that people are having the biggest problem with. You seriously need to learn some humility.

Also, what makes a good growl is really hard to pin down, it varies a lot from band to band and listener to listener. It's one of those things that's hard to define, but you know it when you hear a good one (assuming you're into that sort of thing, of course).

Some of my favourite growlers:

Also, @none, Hatebeak was hilarious. As far as pure novelty bands go it's great. I remember discovering them a long time ago. There was a similar band that did it with dogs if I remember right.

One of my favorite bands ever. EVER.

Back To The Future.

@twooffour: this was the last place I expected to ever see someone link to early Cryptopsy.

Also, what makes a good growl is really hard to pin down, it varies a lot from band to band and listener to listener. It's one of those things that's hard to define, but you know it when you hear a good one (assuming you're into that sort of thing, of course).

I don't understand why you felt the need to bring up how 'garbage' it is anyway. It was kind of out of nowhere and completely unprovoked.

And I agree, metal guitar isn't too difficult. Shredders are a dime a dozen, what I'm saying is that it doesn't matter and never has.

where did I say it mattered?

Your entire post was pretty much about how it was a shit genre because it was easy to play.

But meh, maybe you're right about sucking it up, maybe I'm reading more into what you're saying than you really are. You'd think after 30-40 years of people saying this kind of stuff we'd be used to it. It's still aggravating though, especially when you make this sort of music yourself.