Late reply, but it was a very entertaining watch, IlFanEditore. The rescores are mostly very well done, and the new music really fits the scenes. The new VFX and CC are also fantastic - highlights are the enhanced lightsabers and the colors on Endor. A very well done edit. Congratulations, I personally thought it was awesome 😄 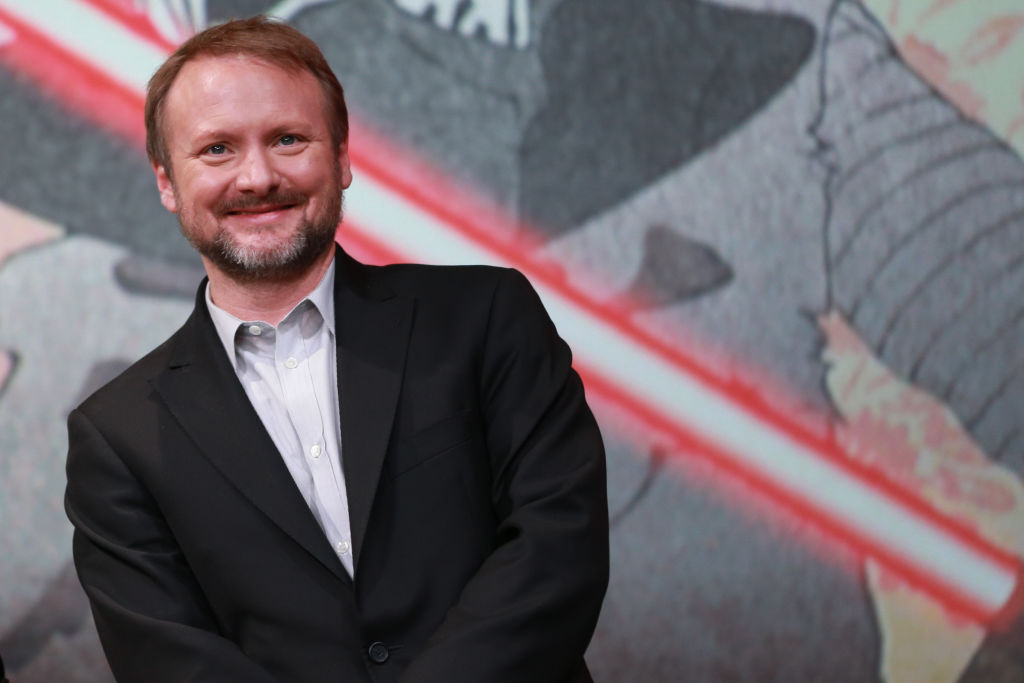 Would anyone happen to have Ziggy’s Return of the Jedi fanedit?

Has anyone ever tried to remove or change Ben addressing Vader as ‘Darth’ in the original film?

I would love a link as well.

SW can be seen as completely detached from the other 8. It was the only one made without the ideas of the saga in place, and it shows. It really does stand alone and I can never watch it without getting the feeling that the story could well have been over at the end of it.

Lucas can say what he wants, I don’t see his 6 part saga as about “The Tragedy of Darth Vader”, but I get that, original film aside, it is a way one could see it. I’m not at all that bummed that the ST “trumped” that understanding, though. Thematically, however, I think the ST kind of falls short. It has one movie that’s a nostalgic love letter to the OT but a bit hollow once you open it (TFA), one movie that tried giving it all meaning through beautiful character studies and journeys (TLJ) and ??? (TROS), so depending on my mood, the Star Wars saga is either one movie long, three movies long, six movies long or seven movies long, with TLJ serving as an epilogue.

But then again, I think the question of the thread was already answered with great mastery by NFBisms and DominicCobb a couple pages back.

Huh, I never really saw it that way. I think it’s more on the terrifying side, since we’re following the POV of 3PO and R2. That scene always scared me to death as a kid - you know, being torture and all. But I can see the sentiment expressed above.

Bumping this thread because I think I’ve finally arrived at my definitive ranking of these films:

So you literally stole Adywan’s thread? OK. I’ll unsubscribe. And I don’t think I was hostile. If so, I’m sorry. I was just firm. You don’t have to be so defensive.

Though, there is something that worries me, about ANH:R (HD)…

I keep re-watching ANH:R (SD) and, somehow I feel like some aspects about ANH:R (SD) will not remain intact. Like, ANH:R (HD) will not be what I remember of it, or how I would like to feel about it. I grew up watching this fan-edit, loving every feeling it gave me. It was like a fusion of A New Hope, with some aspects inspired from Revenge of the Sith. I feel as if ANH:R (HD) will not become this anymore… More like, it would become more like A New Hope mixed in entirely with Rouge One, with other aspects I would not particularly like. I just wished somethings were kept in the same way like the battleship-grey being seen in any Imperial Starship, or the Death Star itself.

What do you think about my thoughts? Does it seem reasonable?

My good friend, I keep receiving emails on this thread, as I have subscribed to it, but it’s always about your side project. Sure, it is an upscale on Revisited, so it is related to this project, but not everyone that wants updates on Ady’s versions wants updates on yours. So, could you please start your own thread about your upscale? I don’t think posting constant updates fits here, and I don’t want to keep getting them, personally.

It’s pretty simple I’d think: Star Wars as a series is about storytelling, and the act of passing stories down. It’s rooted in a fun genre pastiche, with the original film(s) as a classic monomyth set in a storied world. The prequels then set out to deconstruct the ideals inherent in those stories from a more sociopolitical angle (The Empire rooted in capitalism, the classical masculine ideals are problematic, etc.) then the sequels tr(ied) to make sense of it all from a postmodernist perpsective: why are these stories important to us? How do you apply their lessons to real and imperfect people?

On every level, from Luke’s quest to fulfill his father’s legacy, to George’s borrowing of references, to even its cultural impact thereafter - Star Wars is about legends and how we interpret them. How the Jedi interpet their code, how Luke chooses to see his father, how Rey or Kylo see history, and their futures.

No one is going to agree with me on this, but I absolutely love the lightspeed skipping.

I love this too. And I don’t mind lightspeed tracking either. The idea that people complained about those things in TLJ and TROS kind of flies over my head. It’s such a minor and fun thing. Like, get over it, man.

No, I think he means the theatrical cut but instead of “Yub Nub”, it’s “Victory Celebration” that’s played at the end. It’s actually the name of the piece. And I think he means 100% the SE ending (maybe even with Hayden).

Just because someone prefers some SE stuff doesn’t mean they don’t want the OUT released.

Why today? Did I miss something in the news?

I can’t stand the original Emperor, and to be honest don’t care about Shaw or Hayden.

I might as well just quote what I was going to say since its already been said:

I also really love the fact that we finally got an extended adventure with the Poe/Finn/Rey crew, something that none of the other films ever did.

There’s more too, such as Poe’s arc’s fulfillment. Character-wise, probably what I loved the most in this film. Also the Ben - Han scene. Really liked it, and I still think it was Leia that triggered the vision.

Having seen TROS a third time recently - and I only saw Solo once, 3 days before TROS’ release, so… that’s two movies I’ve had to allow to sink in.

Might as well break it down since it’s not your usual ranking:

TROS is such a wild beast. I enjoy it, but… there’s nothing there. It’s so hollow. It’s dumb, fan-fic-y, and that’s fun, but at the same time that’s not really what this should be about. So it’s only above the two films I actually don’t really like at all.

It also hurts to put TLJ ‘last’, so to speak (it’s the last one of the ones I can really have a good time with), but what can I do. The less interesting part of the film is… well… I don’t really like it. And it feels like a different movie. And the more interesting part depends on some key things that just don’t work for me. They almost do, but they don’t. But it’s a bold and beautiful film, and I’ve grown to appreciate it a lot more recently, especially after TROS.

Solo was fun, even if there seemed to have something missing. But I liked it. Not much to be said I think.

AotC reminds me of TLJ in lots of ways. Out of the two stories going on, one is very good and the other not so much (for different reasons). I can excuse AotC’s stupidly cringy moments though, because the story the movie’s telling is just so interesting. TLJ’s story didn’t get me as hooked (mostly TFA’s fault) and so whatever felt off felt much more off than in AotC for example. AotC also makes the galaxy feel like such a huge and mysterious world. What I’m trying to say is that I see some redeeming qualities to this film and I just enjoy it for the most part.

Rogue One is a near perfect SW film to me: its faults are mainly in a couple of underdeveloped characters. Only reason it’s fifth is because RotS is also a near perfect SW film in my book and there’s more emotional investment to that one than to RO. And then, well, the OT’s above it as well because, well, it’s the OT.

Speaking of the OT, I sooo wish I could place RotJ higher. Maybe even first. But its first and second acts are just not on par with Star Wars or TESB. There’s also the sister thing, and the underutilized written-in-in-the-last-couple-of-weeks Han Solo… but, to me, Luke still manages to carry it fairly well. And what the heck it’s still Return of the Jedi, it’s still fucking awesome.

And TESB and SW are perfect.

I should point out that Star Wars won an Academy Award for editing (due in no small part to the work of Marcia Lucas), so being in awe of its original editing is not unwarranted.

People tend not to realize I suppose that Lucas oversaw the editing team and even did some editing himself on the film.

This. The editors said it themselves when receiving the Academy Award.

Worldwide, right? It’s been out since Thursday then.

Yes! You’re a Liverpool fan? Congratulations are in order. Quite the game. It was nice to see a South American team rise to the occasion. I feel like it’d been a while.

I love it Ady! Congrats, you’re doing a marvelous job. Might I ask though (I was reminded of this by your use of the original ANH:R audio), if it hasn’t been answered yet (if it has, I’m sorry), but is ANH:R HD going to be more similar to the original Revisited or to the PURIST version?