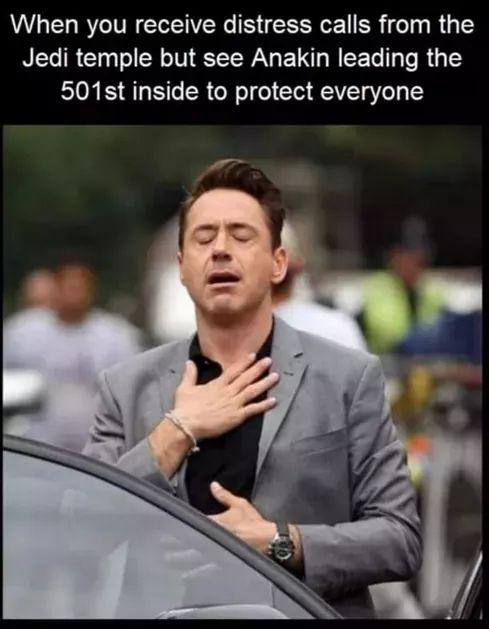 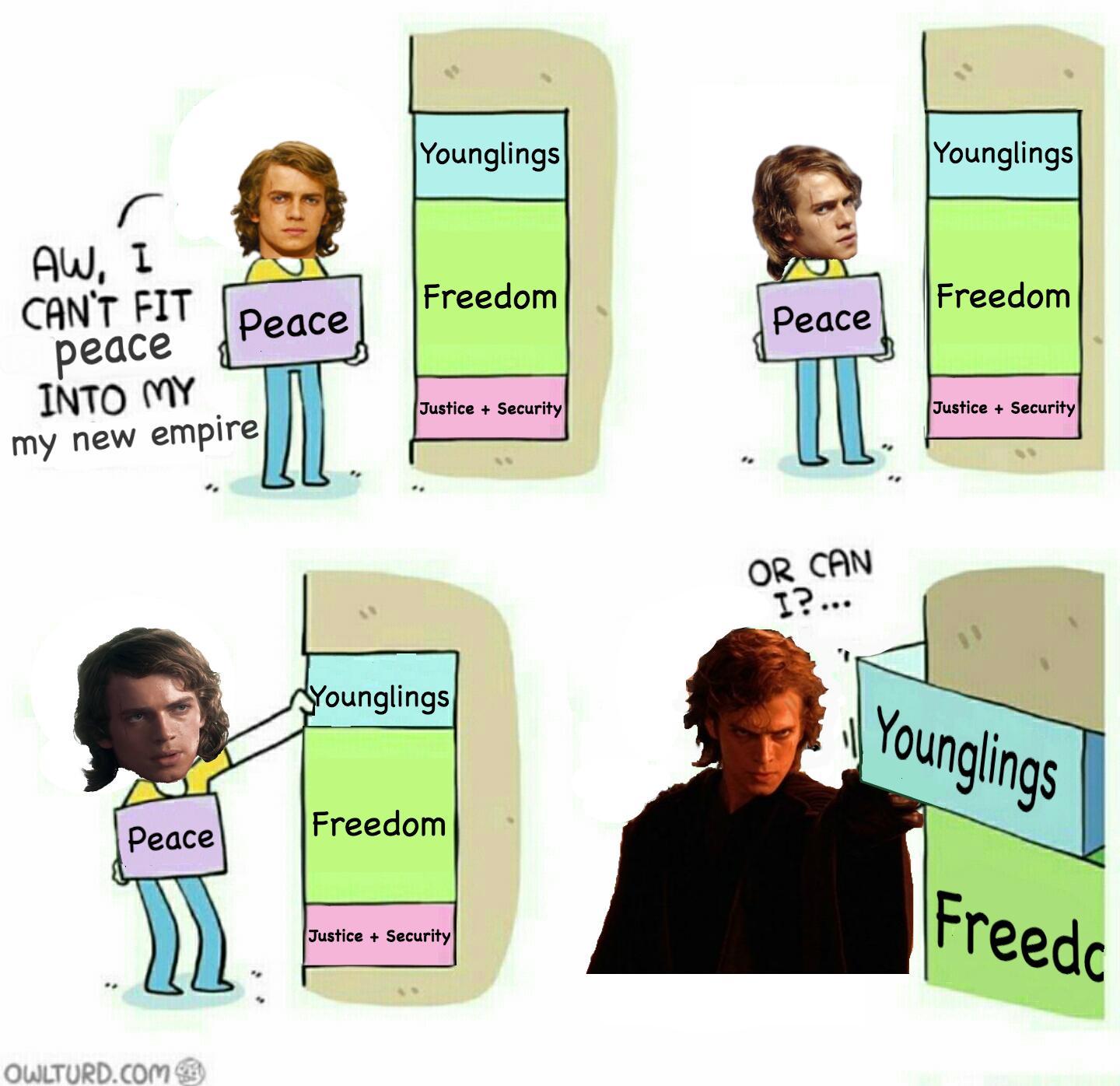 Even the text on the bottom would work better in a different order:

FORETOLD BY A WIZARD. FORGED BY A GOD. FOUND BY A MAN.

I saw this movie for the first time recently, super charming.

It’s a crime that it was lost.

Ah, they must have used shorter Luke for the Ewok scenes, that’s why Warwick looks so big. 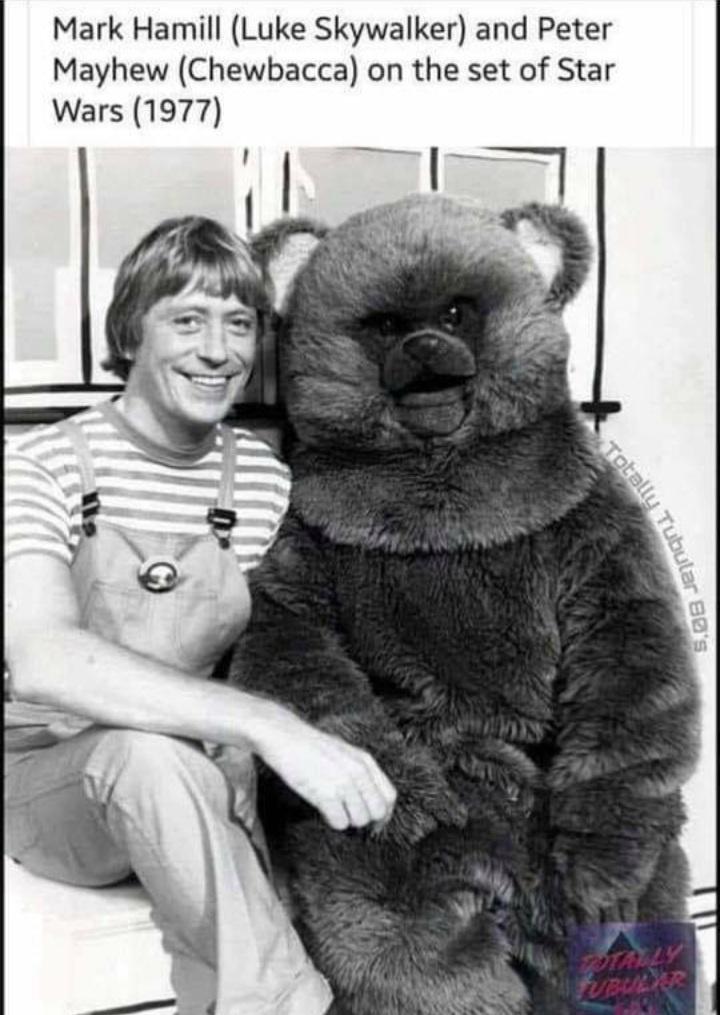 It makes sense. By the third part of any trilogy, people tend to have strong and differing feelings about the fate of the characters.

Most photoshop jobs just show the actor when he was older, but I’d actually love to see a young Guinness deepfake. It would have the benefit of more closely matching McGregor’s appearance as well. 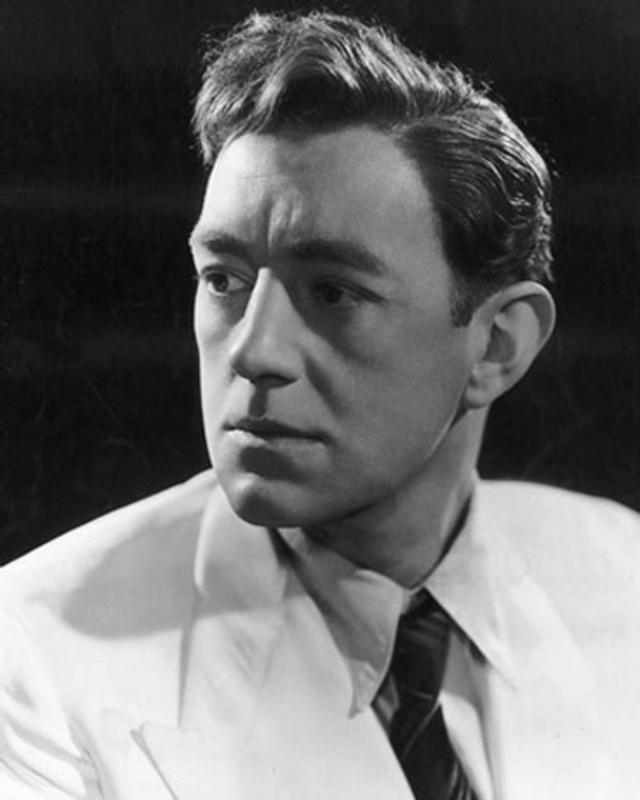 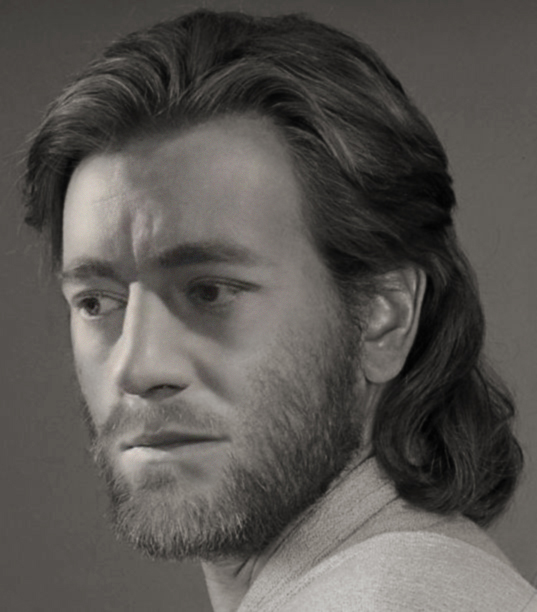 Agreed. This movie is only so-bad-it’s-good on the first watch. After that it’s just bad.

This is the first time that it feels seamless to me.

My feelings on the project are complicated.

On the one hand, it is clear that he has spent a vast amount of time and money to bring together a large collection of sources for a restoration, and he clearly believes that the results have been worth it. I appreciate and applaud the enthusiasm.

On the other hand, the results he touts in his videos of doubling the detail in the final result simply aren’t apparent to me. The resultant image has less grain, but the way he has described his detail recruitment algorithm makes it clear that there’s not much benefit in stacking sources and the majority of the detail may be coming from temporal super resolution instead. The issue is that he describes his algorithm as using a weighted average in determining a pixel’s value across multiple stacked prints. However, if an image is blurry and low-detail from several generations of printing, it will be blurry in the average of these values as well. Worse, if you have a single high quality print stacked with several lower-quality prints, a weighted value would result in the lower-quality image. The only appreciable gain would be in removing the grain, which is what we see from his process.

I made a comment to this effect and even started an entire thread discussing a potential solution:

I would really like to do a test to see if this would actually work. 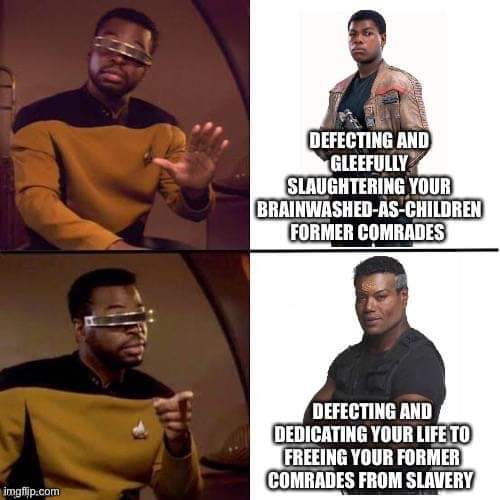 Yes, my understanding of the separation master is that the cyan version was mis-aligned, something that could be corrected digitally with ease today.

As for the Kodak negative, I haven’t ever heard of a way to stop the fading of a print entirely. At some point those Kodak prints will completely fade to red no matter how well they are stored.

But the whole Chosen One thingy is about him destroying the Sith and bringing balance to the force. If he didn’t actually kill the last Sith, that makes the whole thing seem really stupid. I know some people didn’t like the prophecy, but that doesn’t mean you can just ignore it and pretend it never happened.

Tell that to the guy who brought him back.

At least with him being a clone, you can justify that he technically died, but just came back a shell of his former self. Palpatine surviving Anakin’s sacrifice pretty much renders the entire George Lucas saga pointless.

A prophecy that may have been fulfilled at the end of ROTS with an equal amount of Jedi and Sith.

A prophecy that Anakin spends not a single line of dialogue in the films acknowledging exists.

A prophecy that could just as well have referred to Anakin’s inner struggle.

A prophecy that misread, may have been.

One explanation is that ol’ Palps levitated himself onto a walkway down the elevator shaft after shooting blue ribbons out of his hands and then hopped onto a shuttle.

Another possibility is that his body landed on a catwalk and a Praetorian guard found it and got it out on a shuttle for future reanimation.

Or if you wanted to get really crazy and use clones, the Palpatine on DS2 could have been the clone, explaining his clear insanity.

The absolute worst way to go would have the original body die and bring him back as a clone.

The problem with the “he just landed” answer is basically…it’s mundane. The climax of the the entire trilogy is negated by him escaping like Grevious “time to abandon ship hee hee hee.”

It also, from a narrative sense, ruin Luke’s confrontation since Palp was never in danger since he can just walk away even from falling 1000000 feet.

On the contrary, it clarifies that Luke’s only intention was to save his father. He believed that if he were taken to the Emperor they would all die in the Alliance attack. Palpatine dying from either his hand or his fathers was never stated by Luke as his goal.

Thematically, it ruins the whole trilogy, since Anakin’s sacrifice is instantly negated. Sort of like how JJ kept undoing Chewie and 3po and Ben Solo’s deaths 30 seconds later. At least with a clone, it thematically fits in the sense of “he came back…but wrong, undoing death has consequences.”

Anakin’s sacrifice is also clarified - His intention becomes unequivocally one of saving his son rather than doing another murder.

One explanation is that ol’ Palps levitated himself onto a walkway down the elevator shaft after shooting blue ribbons out of his hands and then hopped onto a shuttle.

Another possibility is that his body landed on a catwalk and a Praetorian guard found it and got it out on a shuttle for future reanimation.

Or if you wanted to get really crazy and use clones, the Palpatine on DS2 could have been the clone, explaining his clear insanity.

The absolute worst way to go would have the original body die and bring him back as a clone.

Huzzah! A man of quality!

I think people take issue not with the ability of droids to feel pain so much as the cartoonish manner in which that is expressed.

Lots of classic films (My Fair Lady, Lawrence of Arabia, for example), have had partially or completely destroyed negatives and managed to go on to have extraordinary restorations, using IP’s, private collector prints, and so on. That said, the film stock quality for those films was much better than the film stock used for Star Wars and Empire. It’s a matter of will, and that’s the main thing missing at Lucasfilm.

Exactly. It should be possible to use at least 2/3rds of the separation masters and IP’s/Technicolor prints and wind up with a brilliant restoration without even using the original negative. The reasons for not doing it have nothing to do with Lucasfilm’s technical ability.

Star Wars is notable for how poorly the original elements of the film have fared. For one, the film negative had severe problems with fading which made it difficult to restore even in 1997, and it has only faded more since then. There is also the fragility of the negative - certain parts were lost when subjected to the cleaning process.

Most restorations, when faced with these difficulties, would turn to an interpositive print or (ideally) the color separation masters, but in the case of Star Wars the separation masters were botched in production or storage and the interpositives were badly degraded due to the many print runs struck from them.

Most old black and white or Technicolor films don’t have the problems of Star Wars due to being very dye stable over time, and after Star Wars Kodak fixed their dye stability issues. So Star Wars suffers from a number of issues and extenuating circumstances which are fairly unique to this film.

For the de-blue’d Luke, I’m a bit worried that when a final grade is applied Luke will look too washed out. Maybe it would be worthwhile to do the blue reduction on top of whatever final grade you settle on so that the look can be precisely adjusted.

The amount of blue can easily be tweaked by increasing or decreasing the opacity of the de-blued clips before applying the LUT.
Comparison: http://www.framecompare.com/image-compare/screenshotcomparison/7KZYLNNX

That comparison is showing the issue I feared - overlaying the de-blued Luke is bringing those unwanted green/blue tones back into the rest of the frame.

For the de-blue’d Luke, I’m a bit worried that when a final grade is applied Luke will look too washed out. Maybe it would be worthwhile to do the blue reduction on top of whatever final grade you settle on so that the look can be precisely adjusted.

The voices of the Jedi that guide Rey during the climax of TROS are replaced by a pointed monologue from Yarael Poof.

I thought you said that would be bad.