I updated the shuttle shot to add a little bit of damage/wear! I agree with smpearce that it would help sell the model a little more:

I would even advocate for more extreme damage such as a hole in one of the wings and/or burn damage. Really sell the idea that it’s been through a Death Star explosion!

The more I dwell on it the less I blame this movie for its shortcomings, I feel like I can’t lay all the criticism on IX’s shoulders given the tight spot it was in. Had there been a through line things would be different, but especially in hindsight I got issues with the whole trilogy and TROS inherited some of that baggage, forcing it to be worse than it would have been with a cleaner structure underneath to support it.

This movie could have been about Max Rebo getting the band back together for one final performance of Jedi Rocks and it would have been better than TROS.

There was a universe of squandered possibility here, and the filmmakers deserve no credit for this complete abdication of vision.

The problem isn’t that the TIE is still operational, it’s that there’s never been evidence that the old models had Hyperdrives and plenty of evidence that they did not. Besides, the shuttle is more specifically tied to Vader’s fate in ROTJ.

I don’t think the ship needs to be any bigger. After all, any size difference could be due to landing slightly farther away.

I dunno, four commas in that final paragraph is rough.

Dooku was every voice inside Maul’s head.

Lovely work, even if still a bit floaty.

I just had a terrible thought.

Palpatine in TROS is about Trump. Evil came back up from nowhere but don’t worry because “there are more of us.”

That’s honestly the first thing I thought of when that line came up, but that would imply that the writers are familiar with the concept of allegory.

^I mean, he would still find it, it just wouldn’t be immediately identifiable as the wayfinder.

That’s a good point about Rey’s point of view. Thinking about it, it’s not impossible to combine that idea with the Mustafar vision idea. How about:

Kylo kills the cultists and comes to a stop. Before him is the stone container inserted via VFX (cut the shot of him turning). He opens the box and places his hand on the square item inside. Use shot of him turning and then his environment dissolves into the interior of the cultist’s base on Exegol. After the Exegol scene it returns to the shot of Kylo standing over the box, this time with it open and the Wayfinder still upside-down inside.

This allows for the audience to put the pieces together as Rey does.

I like this idea but would you still use the Kylo traveling to Exegol sequence?

No, this would start with him already inside the building.

That’s a good point about Rey’s point of view. Thinking about it, it’s not impossible to combine that idea with the Mustafar vision idea. How about:

Kylo kills the cultists and comes to a stop. Before him is the stone container inserted via VFX (cut the shot of him turning). He opens the box and places his hand on the square item inside. Use shot of him turning and then his environment dissolves into the interior of the cultist’s base on Exegol. After the Exegol scene it returns to the shot of Kylo standing over the box, this time with it open and the Wayfinder still upside-down inside.

This allows for the audience to put the pieces together as Rey does.

I agree with Nev. The fundamental issue that underlines this film is that the treasure is found before the heroes even go on the treasure hunt, effectively killing all mystery and tension in the film. The reveal of the fleet rising from beneath the surface should have been saved for later on in the film, as well as Kylo finding Palpatine. In my view there needs to be a restructure of the film where palpatine’s broadcast initiates a race to Exogol between The First Order and the Resistance, with Kylo getting there first.

If this were to be implemented, this is the first restructure that came to mind:

This turns Mustafar Minute into Mustafar/Exegol Vision and justifies its place in the film. It also establishes that the Wayfinders can facilitate vivid illusions as shown with Rey and Evil Rey.

Whether or not Kylo finds Exegol immediately or two minutes into the movie, the fact remains that this supposedly legendary and remote world is now ‘found’ almost immediately from the start. The anticipation in TROS is deflated before it can even be built.

This film is a lot like The Last Crusade. It’s a race against time where two ancient markers lead to a remote location where a man who has cheated death tempts our heroes with incredible power…except that in the case of TROS every beat that works in The Last Crusade fails to work here.

It would be as if Donovan found the first marker (which is complete and renders the other obsolete) and fought through to the Knight who promised him eternal life if he would only bring Dr Jones to him because they are related or some shit. Then Donovan spends the rest of the film trying to find Indiana Jones as Indiana hunts down the other fully intact marker. Indy is motivated, not by archaeology or adventure, but by a revelation that the Knight killed his father. Oh yes, his dad is dead in this version. So once he finds the second marker Donovan destroys it, but Indiana uses Donovan’s marker to get to the Knight himself. Then Donovan has a change of heart and follows Indiana to the Temple, where their life force is sucked out of them by the Knight and he electrocutes a fleet of Resistance ships with his power. Then Donovan throws Indy a second whip as he crumbles into dust and these whips (and the spirits of all previous archaeologists) take down the Knight.

Basically, the introduction of ‘Rey Palpatine’ not only ruins the previous two films, it ruins the potentially quite workable Last Crusade plot structure of this one. 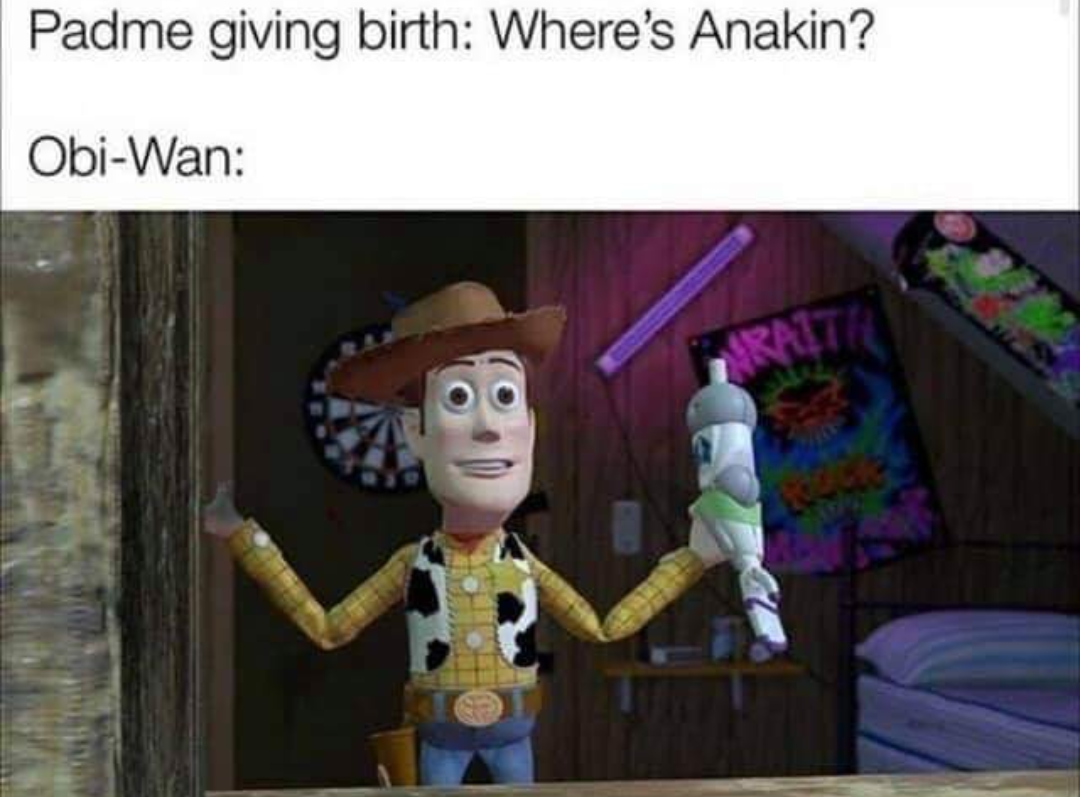 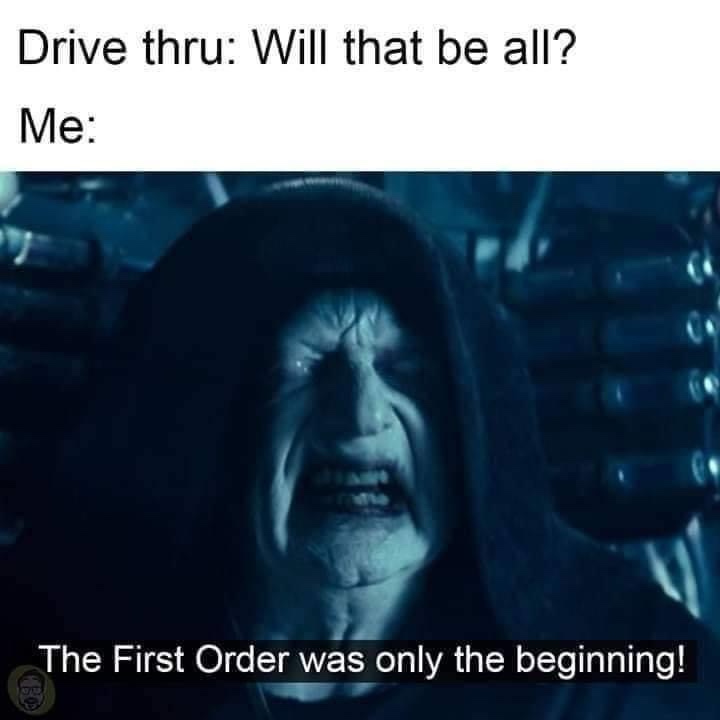 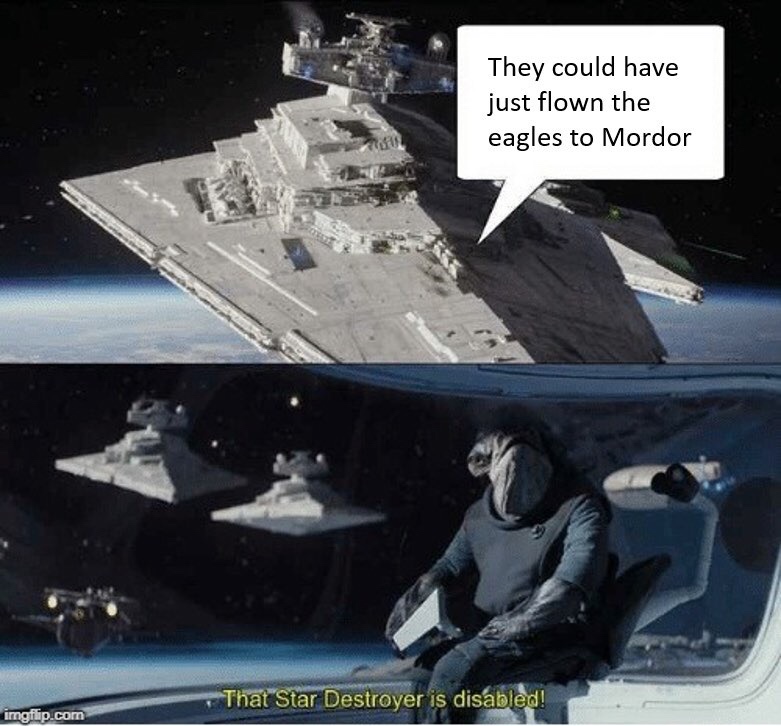 I wish there was a way to have the Han memory happen before the fight in some capacity, as if the fight is really about Ben working through his guilt. His dropping the saber at the end would then be the point of his turn. What if he turns and sees the image of Han, then he drops his saber and the scene continues. Then afterwards he has the Han memory scene.

Couldn’t have said it better myself.

#2 would work with some additional stabilization.

It looks like all three of them are just the Blu-rays run through a sharpening/upscaling process. ROTS really suffers from sharpening artifacts while AOTC looks better for the process.

I’ve taken a look at the 2011 blu-ray, Despecialized 20.1, 2.5 and 2.7, Team Blu77, Puggo Grande, SSE 1.6, and 4K77. In the Blu-ray, there is a green tint to Chewie’s nose which might have been a stylistic choice but the image is so dim that it’s not very noticeable. With the increased brightness in the 2.1 and 2.5 versions of Despecialized (which already had a strong green tint in many scenes), this green became much worse. The tint was finally reduced for for 2.7, but it only took the tint back down to something resembling the original 2011 color cast.

Here’s a comparison of all the relevant versions:

And here’s the Puggo Grande version for fun, note the lack of a green cast for this one:

So for most of the versions of this film, there is a noticeable green tint to this shot. However, most versions don’t turn his nose bright green and look more like a stylistic choice for the grading.

^What the Sith is happening there?

It doesn’t strike me as odd, the suns would be orbiting each other in order to make a variety of configurations over time.

I see. In that case I think the Solo reveal might just work!

I say go for the ending, there’s really only one way to see if it works 😉

Mustafar Minute could be prefaced with Kylo consulting Vader’s mask, which tells him where to locate the wayfinder. This would need some repurposed Vader audio, but I feel like that would be easier than fabricating a bunch of new shots.

As a bonus, if the Vader audio seems ‘off’ it could be foreshadowing of Palp’s reveal of being behind it all.

Is this the transition you’re referring to? (Password: fanedit)

Overall, I like the idea behind this edit. The Luke and Rey story is the strongest completed aspect of this trilogy since Finn has been tragically dumped by the wayside, so focusing on that makes a lot of sense.

What would the crawl of such a film look like?

Yes! Very much so. It’s like…why wasn’t it that way to begin with?

So for right now, I’m thinking of making it more its own standalone thing, so it wouldn’t have the standard episode crawl. It may have something Solo or Blade Runner-esque. But since it’s (kind of?) part of the Skywalker Saga…I’m open to other opinions lol.

Also, you said overall. I’m curious to see what changes you think will really work and what things you might not agree with?

Well for the TFA section I don’t know how you would delay the Ben Solo reveal unless you heavily edited the interrogation like in DigMod’s edit. Personally I don’t think it quite works.

Also, Ben’s redemption comes pretty much out of nowhere in TROS so it would probably feel extra strange at the end of TLJ after he has doubled down on villainy. I would also like to include that scene in some capacity, but have no idea how it would work.