OT member Phase3 had a wonderful suggestion for altering the final duel in the Kenobi series so that we don’t end on Obi-Wan’s baffling choice to let Vader live. The basic idea is to move the burying obi-wan in rocks to the very end of the duel so that after Kenobi walks away from Vader with a sliced helmet, he screams out “Obi-Wan” then cracks the ground with the force, proceeding to bury Obi-Wan, walk away from the fight the victor. Then Obi-Wan climbs out and the fight is over.

If we can make this work, I think it would make the duel even more amazing than it already is (I quite enjoyed the fight outside of the nonsensical ending where Obi-Wan lets Vader live).

I created a mock-up of this idea. The changes so far:

The one key change remaining to tie this whole idea together is somehow changing the final shots of the rock burying so that Vader’s helmet is still sliced in half. I don’t know who would have the special effects skills to do this but perhaps a community effort would achieve this.

Mock-up of the rearranged duel: https://streamable.com/myzuo3

That’s a great idea! good job on the mock-up too. I’ve handled it a little differently for this edit which doesn’t need such wizardry. I really don’t have much time to do complex VFX work these days but it would be great to see if someone else could refine these ideas.

Thanks for your input.

Hi could I get a link for this edit please

It’s not finished yet. Just the MR Discord for realtime updates as I’m not on here much.

I had the same idea to (at some point) try to reuse the Reva on homestead- scenes as a Tusken attack! And try to get Obi-Wan have some role as well. It will get rid of the stupid Reva conclusion and give us more footage of protecting Luke from everyday threats on Tatooine. Interested to see the final product!

That’s great! let me know how yours pans out. I’d like to see someone elses take on this.

There’s a complete change list for chapter I above. I’ve not had time to go through and list the other chapters yet but I will.

These chapters flow pretty seamlessly for the linear timeline. The train attack comes around 3/4 in which gives some action and lift at the right moment after barely any dialogue being in the first half.

The introduction to Mando doesn’t come in until after chapter I, there’s a full episode order list above to.

Do you have a link to your project details?

I was hugely disappointed with this series but I thought it had a lot of potential chronologically so I’ve split the series into 4 chapters, This is the first…

My goal was to create a 1 hour linear story that removed as much dialogue as possible while making Boba more of a badass at the start and slowly arcing into a more mindful warrior.

For me, this edit really captures the essence of the OT character while also bringing him into a newer light. I’ve also given it a more OT colourgrade and have the story continuing straight after the events of RotJ. These edits can be watched as a stand alone series or integrated with my forthcoming Mandalorian Series for a more coherent, deatiled timeline.

A fine cut preview will be stream via MR Discord this Sunday from 6:30pm UK time. If you’re not a member, Invite link is blow. This project is a complete as I can make it for V1 but there will be a V2 once the team can finish the outstanding VFX shots and PixelJoker95 releases his version…

People and interaction! w00t! Thanks guys 😃

As this edit is drawing to a close, I thought I’d share everything that’s been going on as I haven’t really been around the OT for a while.

If you don’t know, I’ve been working on various Kenobi edits since episode one dropped. I wasn’t too impressed straight out the gate but OMG! by the final episode I was given enough material to seriously do some great changes. I’ll post various links below to the progress over the past month but a quick rundown.

I’m working on 3 different edits for this series…

My main goal was…

Give Ben more PTSD and show how much he has sacrificed for the children. He also came across very weak and the fact he gave up using “the force” while at the same time giving up his life to “look after the boy” just didn’t make sense either. So now, He’s just haunted by his trauma and only weakened after his first fight with Vader.

Change Reva completely. Her arc was confusing and her motives felt very strange. I’ve now made her much darker, created far more tension everytime she’s on the screen and her final arc hits a little shy of Vader dropping the “I am your father!” line in ANH. I get goosebumps everytime!

I’ve also removed Reva fighting Owen for this edit and replaced it with a full on Tusken attack.(Hence the title name) It’s only a small scene but I feel it adds another danger level to living on Tatooine plus a farmer fighting an Inquisitor didn’t feel right.

I’ve also removed most of episode 4, Leia getting kidnapped again was just filler so I’m replacing Tala’s ship with Vader’s shuttle and repurposed some scenes from that episode to make Vader more threatening.

5 second Tusken tester as a result of that poll: https://www.reddit.com/r/fanedits/comments/w6rxhh/owen_shot_first_kenobi_spoiler/

I only know their real names but I think one goes under SciFifan2109. I’ll see if the other guy has gone public with it yet…

Hello Hal ! I was wondering if is possible to do a FanEdit of Rise of Skywalker, were Rey is Luke’s daughter.
It’s just idea, and I want know what do you think about that.

There are two editors working on that right now, I’m not sure if it’s possible but the test shots are looking pretty inventive…

@RogueLeader 100% ALL THE ABOVE! Nice breakdown.

Why did all of Jon H.'s YouTube links die? Did Disney/Lucasfilm claim copyright on them?

Jonh’s YouTube is fine but they’re very compressed and watermarked. It’s all his googledrive links that are dead. He must’ve taken them down himself.

Now that’s just inconvenient! Why would he do that?

Why did all of Jon H.'s YouTube links die? Did Disney/Lucasfilm claim copyright on them?

Jonh’s YouTube is fine but they’re very compressed and watermarked. It’s all his googledrive links that are dead. He must’ve taken them down himself.

Did anyone happen to save Johns Force Ghost 3.0 version? All his links are dead but I got an idea for it.

That depends. Does a true HD version exist somewhere?

Yeah, Jonh shared it before the 720p YouTube upload but all the links are dead. Neither Hal or I thought we’d us it but I think I can get a Qui-Gon version from it.

I was hoping someone grabbed 3.0 before it disappeared?

Brilliant! Well done, Hal. I bet that’s a load off?

Did anyone happen to save Johns Force Ghost 3.0 version? All his links are dead but I got an idea for it.

It’s amazing how much Lego got right. Even the slapstick humour seems to fit better than any sequel joke. Mauls legs were hilarious LOL

Excited to check this out, mate!

Thanks to the popularity on Reddit I’ll be dropping this one on Tarantino’s birthday. 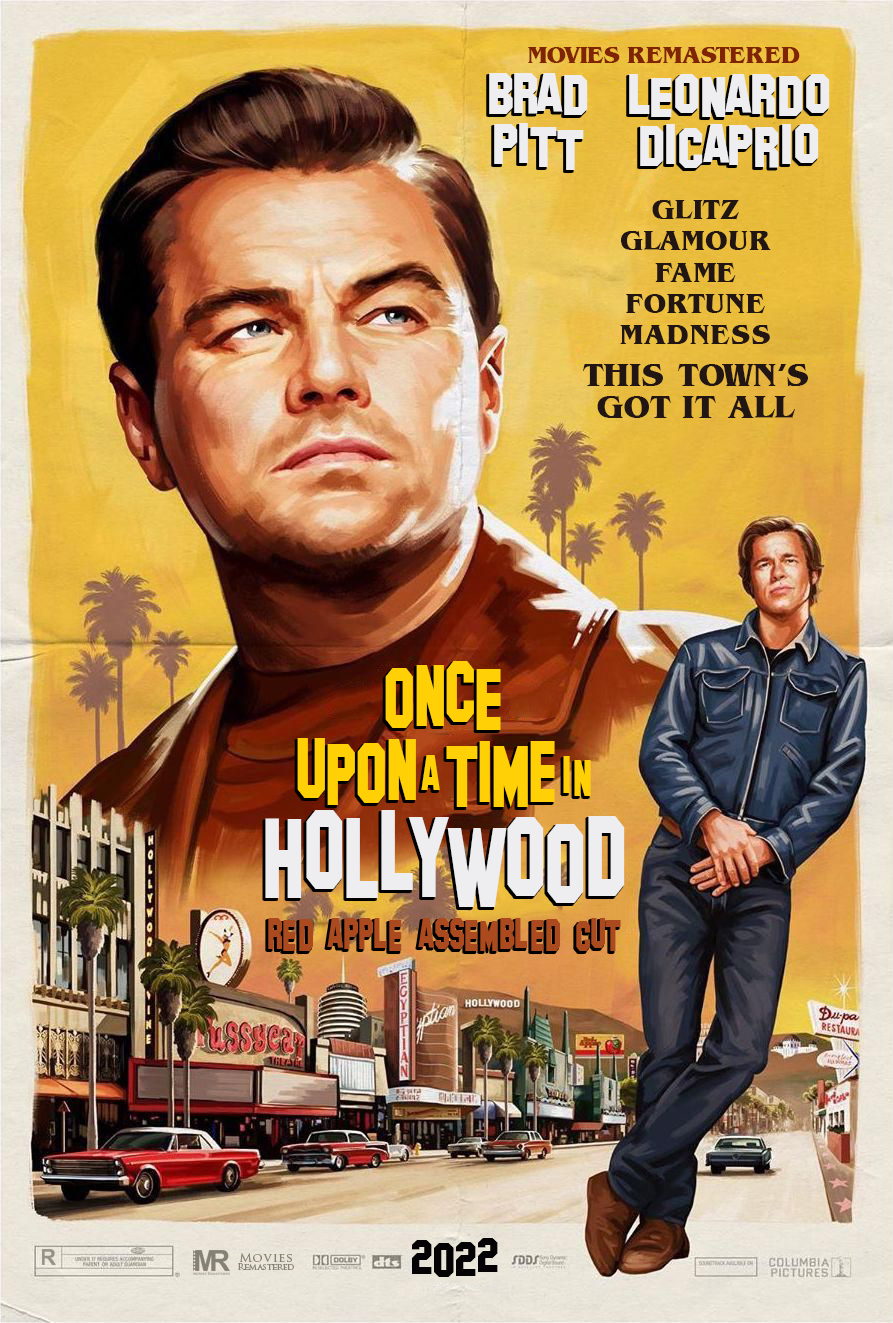 What about the Voice AI site people were sharing a few weeks ago. I think there is a 3PO voice on there.

Probably because they were better than what we got and they could be forced to release uncut JJ version.

That’s awesome! I have the same kind of feeling when it comes to E.T. and Superman. I always remember My mind being blown when I thought my Dad paused live TV. My first introduction to VHS, which I later became obsessed with.

Are we just old af? Haha!

Absolute! I can only imagine how awesome that feels. Also, to see it so crisp and new. FTW!