You beat me to it Jedi_bendu! But I used the index thread 😃

It looks such a good game, and is disappointing it hasn’t been redone or reworked somehow. There is some more about previous leaks, art and videos on the game here:
https://www.comingsoon.net/games/news/1209487-star-wars-1313-gameplay-leaks-boba-fett

I’d still buy this if it was released tomorrow.

So film historian (and maker of an original trilogy doc, I think - definitely heard his name before) Jamie Benning has been tweeting about our mysterious lava man today, saying it’s been 40 years today since it was filmed before quickly being abandoned. Here’s the initial tweet, and I’l copy and paste from another below:

“For the role, stunt coord Peter Diamond was dressed in a racing driver’s jumpsuit rigged up with a plethora of
lighbulbs and plugged into the electricity supply. The suit and the glow of the bulbs made it difficult for him to manouevre.”

So cool! The legendary Phil Tippett replied to Jamie Benning on twitter:

Peter Diamond has his own website and talks about Lightman and his other work:

Jamie Benning is a member on here, and made the “Star Wars Begins”, “Building Empire” and “Returning To Jedi” documentaries (or “Filmumentaries”) on here years ago:

He also has done many more documentaries, shorts, interviews, and is now doing an awesome podcast interviewing many people in film and in the Original Trilogy (which oojason recommended and switched me on to).

“Lightman: a Star Wars Story”, not coming anytime soon! But would be awesome to see in the background at Jabba’s Palace in BoBF.

There are some board game threads under the Games and Gaming sections of oojason’s “Index for Media: Film, TV, Books, Comics, Games, and More”:
https://originaltrilogy.com/topic/An-Index-for-Media-MySpleen-Film-TV-Music-Art-Books-Comics-Games-Technology/id/60785

I debated about posting anything. I was hoping matters would eventually be resolved. When it appeared they wouldn’t, I waited to see if the mods would make an announcement or oojason himself would post something.

It seemed wrong to not acknowledge it at all, and since oojason said he didn’t mind if I posted his message, I started a thread for it so everyone could start talking openly.

I’m relatively new here, and I don’t know what happened before, but I’ve always felt there is an underlying tension I don’t understand, though I’ve never had any trouble with anyone.

All I can say is oojason was one of the first to reach out and make me feel welcome. I’ve always found him articulate, knowledgeable, and helpful. We have different tastes and don’t always agree on everything, but I consider him a friend. When I look at all the work he’s done around here, I can’t help but feel he will be sorely missed.

None of us can see the future. Maybe he will return one day. Until then, may the Force be with you, oojason.

Yeah, that is the message oojason has been sending out in reply to questions and good luck messages after his leaving here two weeks ago.

He has been very helpful to me, and others on here. Even a quick look around and anyone can see the contributions he made to this forum. If you read this Jason, thank you and MTFBWY too.

The box sets are also mentioned here, as being part of the “45th anniversary”:

“It is in this year 2022 that the Star Wars saga (1977 - 2019) will celebrate its 45th anniversary. On this occasion, new 4K Ultra HD Blu-ray boxes will be offered to fans of the universe imagined by George Lucas.”

New box sets for each Star Wars Trilogy are due out on 15th April according to Amazon France.
They will very likely be repackaged releases of the 2019 Special Editions, but we can never really be sure! 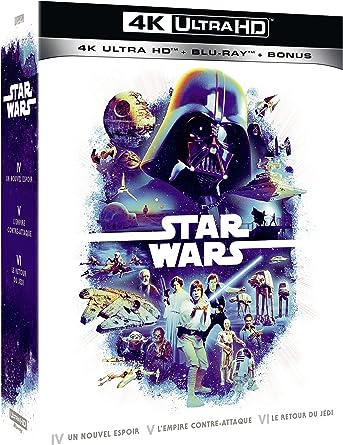 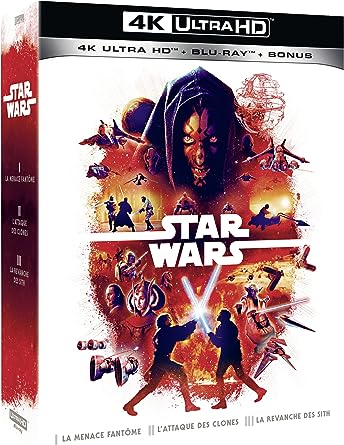 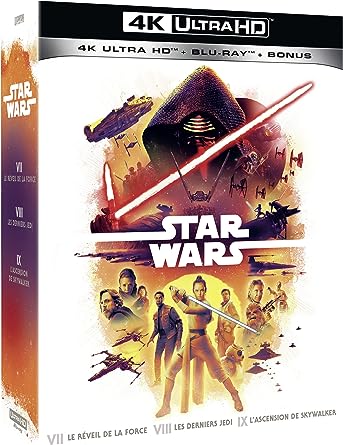 what happened to this site?

It was a great site, very cool.
Maybe send a PM to Darth Neo and ask him? He was on here not so long ago.
I hope the site returns soon.

I do not remember anything like this. Could it have been a dream?
Perhaps some confusion with deleted scenes or photos of the Wampa attacks on the Tauntauns inside the Hoth base, or maybe a comic?

Or maybe another sci-fi film or show that has become part of your Star Wars memories?
Have you had any luck in finding another 1993 German widescreen edition of Empire Strikes Back on video again to see?

I hope you find an explanation.

“Why The First Order Didn’t Blow Up Coruscant in The Force Awakens”:
https://screenrant.com/star-wars-coruscant-force-awakens-republic-capitol-explained

I think it would have been a better to go with Bad Robot’s idea for Coruscant to have been blown up in The Force Awakens. It would have been more of a surprise for the story, something with more weight and resonance to it than the unfamiliar Hosnian Prime planet serving as the Capital. A planet we have no emotion or connection to.
Maybe using such an idea for the viewer watching it back in 2015 that anything or anyone could be blown up or killed, and that being a better start to the Sequel Trilogy. A more “edgier” and risky start? Though easy to say in hindsight.

Did any fan edits attempt to make Coruscant the planet destroyed in TFA?

He meant human heroes killing many human villains. They very purposely didn’t do it much after A New Hope. It became mainly faceless and non human characters in the later films.

No, he didn’t. As I quoted George again in my post:

The facts in the “movies” (plural) themselves prove they also did do this after Star Wars (1977).

George forgets the title of his films are “Star Wars”, and also the more bloodshed content in them.
He wants to play down some of the violence in them as he aged, had a family, and maybe wants to leave a moral legacy behind.
Looking for justifications for his retcons and false claims is not new to him.

I will not derail your thread further as this is about the many differing and changing incarnations of his Sequel Trilogy, including the times George said they did not exist and never existed, other than his previous vague claims and ideas.

Sorry for going a little off topic, but George Lucas’ quotes in the OP reek of him spouting revisionist rubbish yet again! Unless there is yet another Special Edition coming out sometime soon where no humans die in the Original Trilogy?

George Lucas: “We did kill three humans and that was unfortunate. I was always bothered by it.”

So it was four human Imperials that were killed on-screen in Detention Block AA-23!: 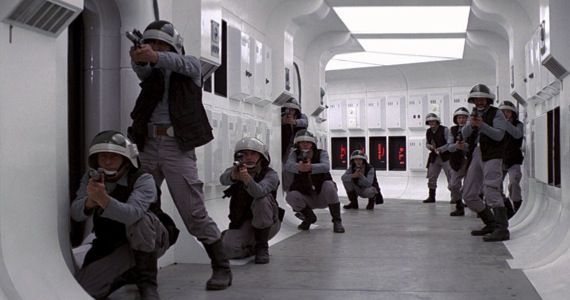 There are probably more on-screen human fatalities in the Battle Of Yavin, these are just gifs I quickly found.
There are also probably more ‘people’ dying on-screen just in 1977’s Star Wars too, let alone Empire and Jedi.

I love George for creating all this, but how can we believe the things he says given his long history of being loose with facts and the truth, and also making many false claims and retcons.
If he published or released every note, written down idea, scrawls or scripts for the Sequels over the decades, even when he was claiming “there is no VI, VIII & IX. There never has been.”, would anyone believe them without fact-checking or cross-referencing beforehand? Not many would, I think.

Those Billy Butcher drawings for The Mandalorian are awesome.

@jpb19 Have you started reading any of the books?
What do you think of the differences between the books and the films so far?

Less than a month to go for the “The Art of Star Wars: The Mandalorian (Season Two)” book!

I would like to see more on the Prequels changes too.
Does anyone know if there is a thread on here for this ? I have looked around but cannot find much.

The Gallery doc on that episode has a lot to say about it. I started a Deepfake thread, but no one has commented on it yet.

There are some Deepfake discussions in the Star Wars Fan Edits forum too, along with a number of Deepfake projects as that probably have some discussions.

I second that remark on Canadian Universities.

Is there a political thread we can take this conversation to to avoid further derailing talk of The Acolyte?

You know politics is banned on here, oojason reminded you and everyone else on here last week.

Maybe the comments section of the racist video you posted, and were banned for, is more suited for your problems with people who are different to you.

This project seems awesome, I loved “The Lost Cut” video you did, and am looking forward to seeing this when finished.

I really enjoyed this, it was not earth shattering, but the start of a good story told simply and well. Loved the world-building, pace and feel of the episode, and also the Kraken! Morrison was good too, and played the character well.
Is it Wednesday yet for the next Chapter?