Orwell, George - Down And Out In Paris And London

The first section of Richard Marsh’s The Beetle detailed the unfortunate adventures of Robert Holt.
Once a respectable clerk, reduced to tramping, then house entering.
Reading this recalled Orwell’s book, which I last read twenty years earlier.
I pulled it from the shelves and began rereading. This is a lightning read.
The Paris section may prove more relevant to many. Those who ever worked in a kitchen or restaurant. Those who suffered abysmal lodgings. Those forced to choose between food or rent.
The London section will interest social historians, with the futility of ordering the unemployed to march a perpetual circuit from one meal ticket to the next.
By turns entertaining and harrowing. And don’t you believe this could never happen again.
Even now, humanity is ever on the move.
As the middle class shrinks and grows imperiled, street vagabonds become more normal.

Jacobi, Carl - Smoke Of The Snake

Intended as the fourth collection for Arkham House, this Fedogan & Bremer provides a satisfying cap to Jacobi’s works.
A contemporary of HPL, his stories span a longer sweep of time. Decades.
Indeed, one of the included titles, I remember reading in Whispers magazine.
There are tales of black magic, voodoo, or opium steeped madness.
One or two glide through the realm of SciFi, though none of “hard SciFi” and all are light-touched and amusing.
Readers who still have a taste for bygone pulp (Howard, Cave, Rohmer, Wandrei) will find this a late night treat.

Seven strange stories, encounters, though not necessarily with ghosts or spirits.
Rather, the lingering presence, the blood saturated ground, the touch of the Divine.
A professor enjoying / enduring an outing to a priory chances upon a singular nun. Curious, he wanders off the proscribed route, and nears “The Ice House” where the atmosphere and mystery constrict.
“Haunted” is told by Pauline, recently divorced, made redundant, and – worse – forced to live with her mother again. Wandering, she spies the desolate house, where she and her childhood best friend suffered a falling out. After all those years, the house still exerts a palpable force.
Readers who enjoy drinking liquid fire will envy the side-tracked narrator in “A Wee Dram For The Road.” Flavors complex, yet subtle. The tumbler, not to quaff, but to savor, to lock into memory.
The quest, both spiritual and academic, takes Dr. Fox behind the Iron Curtain. In essence, he is tagging along behind his more gifted colleague, recognized and respected. “The Strange Death Of Sophie Van Der Wielen” mixes the passion of the explorer with the guilt of the survivor, or onlooker.
Bell is consistently dependable, packing a lot of emotional oomph inmost of his works. Sacred And Profane lines up with other books of his I have read.

Hodge, Brian - Without Purpose, Without Pity

Published in 2012, this has its prophetic moments.
Las Vegas is expiring from an (un)natural catastrophe.
The water supply, as well as the gambling tourist trade, has dried up.
As the city reverts to arid desert, it is encircled by tornado / hurricane / devil winds, denying entrance and exodus. Residents are trapped.
Residents, including boxers, pugilists, and their coaches, who train and combat for ever dwindling purses. Crowds, as ever, roar for blood.
Especially for the fighter who has begun transfiguring into something more, and something less.
In this short novel for the old Delirium Press, Hodge unrolls multiple stories and themes. A few too many, if you ask me, as he is never able to array his threads into a coherent team.
I found this intriguing, especially the boxing angles, for a long time. The conclusion, should you call it that, is the hastily shrugged “good enough” surrender. 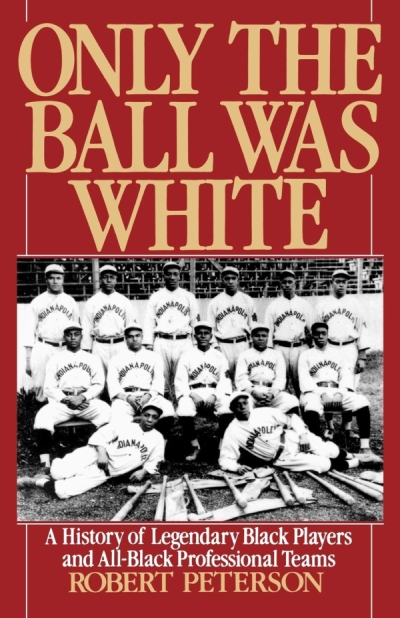 Phillips, Thomas - The Light Is Alone

At first glance, the short sentences and chopped style of Phillips appears easy. It is not, this is deceptively dense.
Clipped, pared to the essence, this is the antidote to purple overdose.
From young authors with a fondness for adjectives to establish scribes with a weakness for product placement, both camps could study a story or two.
“Alyssa” resides in the apartment or boarding house. One that used to be quiet. Satisfactory. Until the new arrival, young male, full of himself, his importance, heedless of requests to be more neighborly. Such is merely the launching, as the story soon shifts to the conflict between zealot and heathen. Of force and fortitude.
“Keep Holy The Sabbath” lingers on new girl Alice. New student, school, new continent for that matter. Where social norms, on the surface, appear similar. Once she is comfortable, however, and she sees under the superficial, fundamental beliefs and assumptions are rocked.
These two are the strongest tales, and perhaps act as bookends. In between are a trilogy of short works. Too short for my liking, as none gather enough momentum to get anywhere. They remind this reader of prose poems, which I am not a fan of, equating them with academic exercises.
Jonas (Zagava) has five titles by Phillips, and you can see why he champions this author.
Note: The Light Is Alone was previously published in an extremely limited edition, long out of print, now reselling for lofty prices.

Selection of “classic” ghosts and hauntings, this time swirling in the metropolis.
“The Diabolical Tongue” launches with the telegram with the name of an old friend and an unfamiliar address. Arriving – too late – our narrator watches as police remove the corpse of his friend. A suicide.
“The Face” should appeal to Silent cinema devotees. Snippets of various movies of the famous female actor have been spliced and edited into an extraordinarily unsettling film.
Edogawa Rampo is represented by “Doctor Mera’s Mysterious Crimes.” The rental room has an inferior view. Worse, its reputation is abysmal. Two suicides is bad enough, but a third? The narrator of this, however, is a strange character, leaving the reader to doubt … or not.
“Spider” may be the most accessible tale, and the one most likely to make your skin crawl, before-during-after reading. Probably depends on how you view arachnids,
“Expunged By Yakumo,” as in Koizumi Yakumo, also known a Lafcadio Hearn. Just as the Western writer put his twist on a traditional Japanese folktale, so too here as a further turn is given Hearn’s “In A Cup Of Tea.” Confession: I never stare at the surface reflection of my cups of tea, and I drink an enormous amount. Perhaps I should take more care.
A thoughtful collection of mixed gems. I have touched on less than half. For those who can live with ofttimes unexplained mysteries.

One of three ghost-written novels Heron-Allen penned for/with actress Selina Dolaro.
Published in 1885, Daphne fits in with other novels of the era. We meet a bright set of young aspirants, creative hopefuls. More bourgeois than bohemian; they have nice digs, eat rich, and are terribly well mannered. These are not the decadents of the fin de siècle.
The novel moseys around for 100 pages before tightening around a trio of couples.
While geographically apart, they are more similar than not. Weaving the couples are money, inspiration and mesmerism. This last element may be the lure for modern curiosity seekers. In this instance, mesmerism is less hypnotism and more astral projection. Think of the Rosicrucians.
The novel is narrated by an unseen member of the opening clutch of friends, and his wordiness borders on overly florid.
The Romantic era – to be candid, Romance tinges the characters and proceedings. An undercurrent of surprising sexuality runs throughout. Pacing moves back and forth from yawn inducing to full gallop. I would read immersed, than change my mind and think, “get on with it.”
There are two other novels in this trilogy of ghost written works by Heron-Allen. I hope to read the other two. My copy is brand new. Perfect bound, done imperfectly. Some pages are already falling out. Sign of the times, I fear, especially with large sized perfect bound books. Buyer beware.

I just bought The Hobbit and Lord of the Rings: Illustrated Editions. I’ve never read the series as I’ve only seen Peter Jackson’s film adaptation of The Fellowship of the Ring but I thought now was the time to finally give the books a chance. Especially before I continue with the films. I’m also really keen on getting into J.R.R. Tolkien as from everything I know about him I feel a sense of kinship. These versions of the books seemed like the best investment as Alan Lee who worked on the films did the art. They were a little on the expensive side but I’m really excited.

I am reading kabuki costumes. The author explores the historical background of Japanese theater and the evolution of conventions in acting, staging, and https://kabukimask.com/category/cosplay/ costume design.

Chambers, Robert - A Little Yellow Book Of Carcosa And Kings

By any other name, “The King In Yellow”.
Most have either read this book, or own it, or plan to do one or the other.
Consequently, I shall talk about this particular edition, issued by Borderlands Press.
The boards are a sickly yellow, altogether fitting, with faded gold endpapers. The frontispiece is a 1900 photo of the Dragon Court, since demolished. The book itself is small sized, easy to hold and easy to hide, should the need arise.
The four sections of the book are generously footnoted. Those annotations are my chief problem and eye-rolling lament. The numbers don’t always match up. Usually, the notes appear below the text, sometimes in the text itself.
The notes themselves range from helpful to trifling.
Said errors, picayune as they are, ought to have been caught / corrected.
This is an increasingly common complaint, but I do wish presses would muster extra eyes to examine galley proofs.

I just got Kaldar World of Antares in a collection of stories and also Edmond Hamilton’s Return to the Stars the sequel to the Star Kings.

I haven’t read one of his books since i read Star Kings.

Looking forward to reading some of this old pulp Sci-Fi.