Fixed V5 uploading now to the same places. I fully intend on this being final and am extremely pleased with how this project ended up, especially comparing to my feelings after finishing V1.

I put it on myspleen too, if you have access to that.

If Luke being a hermit is a given, the reason Rian gave for why is the best possible reason, especially given the context given to him in TFA.

If I quit saying “PM sent” every time, just assume I sent one.

Right. It’s not a super necessary change but I like it to avoid the questions even coming up to begin with.

Hmm, I honestly don’t see a great deal of connection between the two stories or any reason why one would necessarily need to be told before the other.

I am curious how the series opener will turn out, using the Microseries. I know I’ll introduce Asajj Ventress, as well as the previous failure Sidious alludes to in episode 1. I think it’ll really help situate the viewer after AOTC and segue nicely into the main series. Will it introduce Grievous? He’s referenced in the episode where Anakin is knighted, which will be a must-include. I suppose he could be merely mentioned without seeing his initial appearance in which he acts uncharacteristically badass. Perhaps he can be seen training with Dooku, idk.

Until now I thought the plan was to bookend the series with the latter part of the Microseries to lead directly into ROTS. But it seems maybe not, and I understand from what I hear that it does not jive well with how TCW ended up doing things. However, it already conflicted with (the book) Labyrinth of Evil, but a recent fan project from this forum tweaked that to fit in well. So the Microseries will serve as a stylized series prologue episode. I can dig it. 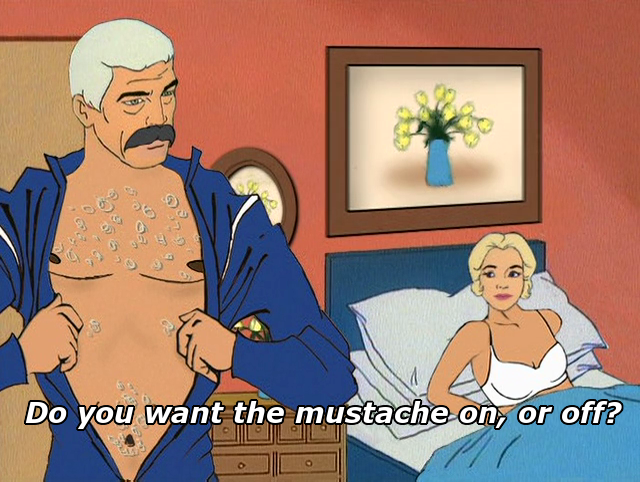 Augment General Dodanna to depict the character as female.

Maybe when Anakin reverted to being like 23 years old at the end of ROTJ, he lost all his memories past that age??

Send it to me, if you don’t mind. I’ll read it when I get to that point in EddieDean’s Clone Wars series!

If you can find him in vimeo maybe. I think it may have been an unlisted video. If he’ll post it again I will add it to the Google Drive.

No complaints about episode 4 from me. I would’ve watched it yesterday if I’d realized it wasn’t actually an hour long. The ending kind of jumped out at me because I thought I still had 30 minutes to go.

It was a fun adventure, set up Anakin and Ahsoka’s relationship a bit more and seemed to gently wrestle with the humanity of the clones. I liked it! And I like the show overall so far. There are moments that are unhelpably fast paced due to working with an already fast paced show as source material.

If this truly were a new show on Disney+ in 2021, and nothing about it had already been seen before, I think I’d be mostly onboard. I don’t find the animation style appealing, but it’s not a big deal. I would have immediately rolled my eyes pretty hard about Darth Maul being dredged up in any event, though I repeat that it’d probably be less off putting if it felt like it was deliberate from the start of the show compared to years into it after a lackluster Maul knockoff failed. I still wouldn’t have been a huge fan of Anakin having a padawan that conveniently left before the time of ROTS and was never mentioned, but I don’t mind her so far and can appreciate her role in the show. Of course, if I’d first seen her in The Mandalorian, it’d be a big reveal and make me a little more interested, especially putting 2 and 2 together about her comment there about seeing the best of the Jedi fall. Knowing me, I’d naturally be keeping an eye out for R2 and 3PO’s presence, hoping for Obi-Wan and Yoda to never have meaningful contact with either. (Same logic that the show’s creators valued by keeping Anakin and Grievous apart; it ain’t just me!)

The opening logo and text works really well. It really draws me in a thousand times more than the show’s opening theme and war reel narration. I’m onboard!

Wouldn’t it be dope to add some Y-wings to the opening of ROTS?

Technically they should all come out of the center channel since they’re comm chatter, but it felt right to spread them into the left and right channels in this case.

See the FAQ for some tips.

Please PM me the Spanish subtitles and I’ll be happy to include them. Are they modeled after V4, or the recalled V5? Either way, I can tell and adjust sync to fit with V5.

Thank you for doing this.

Here’s the original source. The guy PM’d me the raw files. I’m sure he’d do the same if you ask.

Just wanted to let anyone know that a mysterious stranger (not part of this forum as far as I know) arranged for me to have access to an unlimited Google Drive directory to use as backup.

So, now when you use the same link as before, there will also appear a shortcut labeled “external mirror.” Once I populate it, it will serve as a second resort if the main Drive gives you problems.

The guy said that he does this for people whose stuff he would hate to see fall off the face of the Internet. This also means that some LOTR content can be hosted since I won’t have as many worries about space. (They just won’t have a backup.)