As cool and promising as this idea was, the end result of so many lightsabers in this particular scene at once is not an improvement over the original film. And of course he who shall not be named’s edit was just awful alone for its terrible voiceovers.

Don’t forget obvious editing, like Ackbar being rotoscoped into some shots, like having him replace the old lady who introduces the Resistance crew to Holdo just so he can provide info about a spy, filling in the plot hole of why Holdo never told Poe the plan. There’s also footage that is taken from EA’s Battlefront II.

Give me a minute TNT. I’ll upload it somewhere.

FTFY (Fixed That For You)

Where can I find your fix?

Highly doubtful you’ll ever see lightsiders wielding red sabers in the new canon given the new canon’s explanation for how they’re created.

I know all about that. And I hate it. With every single fibre of my absolute being.

Only because you want Jedi to wield red lightsabers. 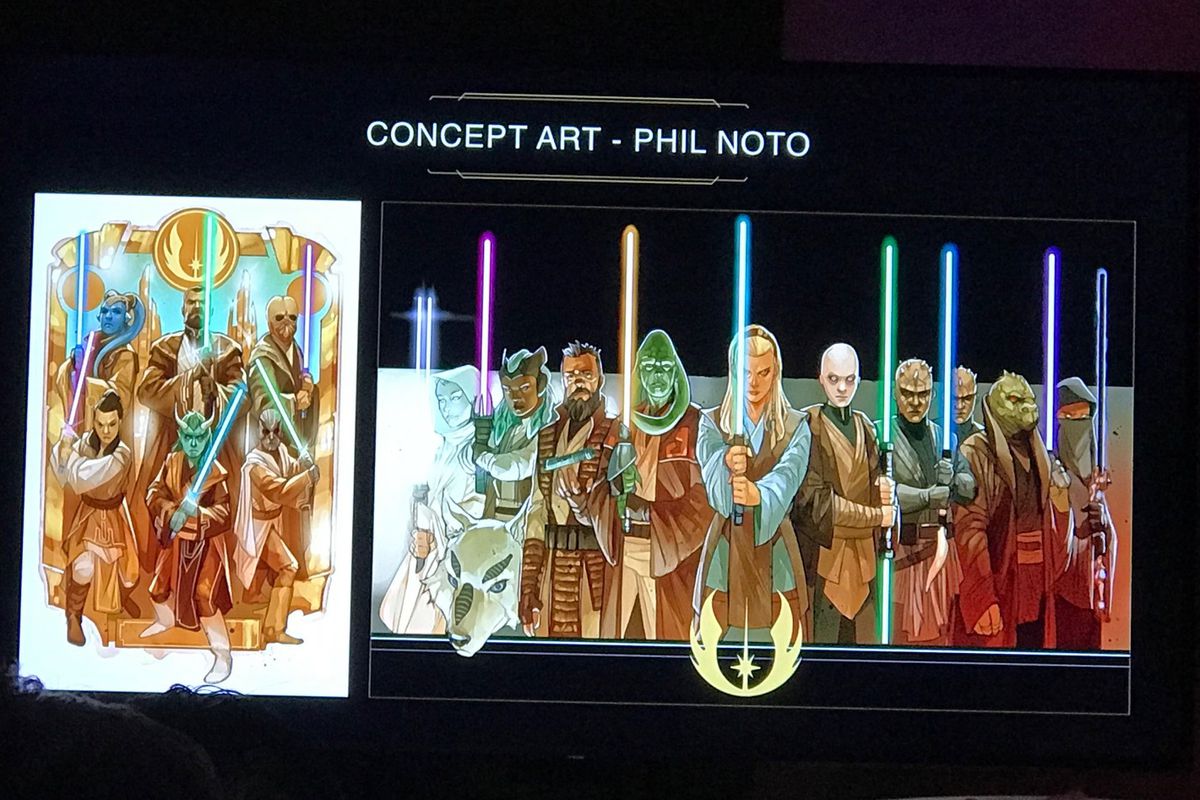 @Poppasketti, do you plan on fixing the editing error in the throne room fight?

It’s not very noticable, and trying to fix it would probably create even more problems, so it’s not really worth it in my opinion.

Simple: VFX. brings up Snoke’s “Sith death”, the reflection on the window shot after the Raddus is hit, etc.

@Poppasketti, do you plan on fixing the editing error in the throne room fight?

Agreed. I see what Johnson was going for, but it doesn’t mesh well with Holdo and Luke’s sacrifices. Everyone I’ve spoken to defending Rose’s intervention have mentioned Finn’s plan was futile, worthless… Rose just telling him his plan wouldn’t work would have been a major improvement.

Don’t forget that it does not mesh well with Paige’s sacrifice at the beginning of The Last Jedi, either.

Since you removed Luke referring to Jakku as “pretty much nowhere”, are you going remove the “…from nowhere?” part from his “Why are you here, Rey from nowhere?” line?

Luke shouldn’t shout about the “sacred texts” after Yoda burns down the tree as it doesn’t make sense for Luke to be upset about something he was literally just going to do!

The Last Jedi implies that Luke does not actually want the Jedi to end (or something). We see Luke with the Jedi robes in the saber toss scene before he gets into his leather hobo robes, and we also see him in the same robes when he is going to burn the tree.

The Rise of Skywalker reinforces this with… (SPOILERS AHEAD)

… Luke revealing to Rey that he had kept Leia’s lightsaber this entire time.

Is it possible to digitally remove the Knights of Ren entirely from The Force Awakens?

8:45 One thing that I really liked from Jason Orega’s fan edit is how he filled in the Star Wars lore for the hardcore fans on how the bombs drop toward the dreadnought. He inserted a slightly muffled line saying something along the lines of “magnetic charges arming” which helps bridge that gap. SW has always done a phenomenal job explaining its own universe’s logic, this would just be a loving addition to help the hard core fans

Moderator Edit: link to person who is banned from here, profits from his Fan Edit, and endangers the whole fan editing community in doing so… removed.

Do you plan on using Poppasketti’s version of the saber toss?

Granted … I also like Hal’s approach to removing the caregivers all together since they were unnecessary and kind of distracting.

FTFY (Fixed That For You)

Any progress so far?

There is a shot of the Millennium Falcon in hyperspace in the teaser.

@RogueLeader Do you plan on making rewrite discussion threads for The Force Awakens and The Last Jedi respectively?

@CodySolo What is the reason for removing the Kylo and Rey scenes? What is it that you didn’t like about them?

Would anyone like to use elements from Trevorrow’s Duel of the Fates?

What about re-write threads for the other Star Wars movies?

That goes against all of Poppasketti’s intentions for this edit. If you want those changes, you should make your own edit.