A handful of years ago he was a fairly active member, but so was I as well.

I just wonder what can be done about the tinny quality of the dialogue. I feel that ages the film the most in comparison with the others. In Empire and Jedi, you can feel Vader’s voice in the room, but in Star Wars it’s not so much. Ady did some good work on his voice if I remember, but everyone else still sounded like they were speaking into a can.

EQ might help a bit, but I don’t know if that would remove the tinny. Some might be tempted to add reverb, but instead of putting the toothpaste back in the tube, that’s just squeezing out more toothpaste.

It’s all looking quite good. Return of the Jedi, while they upped the technicality of some of the effects work, it just hasn’t aged very nicely. Your Jabba’s palace work looks better than I ever remember seeing it.

“Angel?..Now that’s a name I’ve not heard in a long time”

^And the prequel and original trilogy titles kind of mirror thematically.
The Phantom Menace - A New Hope (Subject: One bad One good)
(Attack) of the Clones - The Empire (Strikes) Back (An Action)
Revenge of the Sith - Return of the Jedi (Another action, one bad; one good)

So the formula flips.

Again this is nitpicking, but if we’re to buy that they’re like poetry and they rhyme…it only makes sense when comparing the prequels to the originals.

All 3 of the sequel trilogy movies begin with “The”. For some reason that bothers the piss out of me, but I am a little crazy. It’s a bit of a nitpick, but…

Well, it took a long time, but I’m happy with the work. I’m still planning Rogue One and Solo cases if I can get the art the way I like it first. Enjoy!!

^Thanks, I had to really modify it to make it fit the style of the classic OT posters. I really wish The Prequels had more retro art, and I’d give them the 90s CBS VHS treatment as well, but sadly they don’t. I love Struzan’s work, but I was never as crazy about his Star Wars posters individually. I’m even playing with the idea of covers for Solo and Rogue One, as they both have fairly retro looking posters.

Well, I guess the cover bug bit me again.

Must … resist … urge to … snark.
I liked this one in my teens ('90’s), but can’t stand it now, while ED & EDII are among my all time favorite films.
To each their own! It’s the most popular of the trilogy, so I know I’m in the minority.
Speaking of being in the minority…

I think as the years go by I prefer to watch Evil Dead II more than the other 2 films, but I owe a lot to Army of Darkness. I had only watched AOD as a kid, and I remember seeing Evil Dead for sale at the store, and I thought I was getting AOD, and I ended up falling in love with the movie. Then I found Evil Dead II at a blockbuster, and had to watch it. I remember falling even more in love with it, because it was like a rehash of the first film, but more over the top, and had more of the comedic moments one found in AOD.

What I think is best about AOD is Bruce Campbell. I think Evil Dead II showed him testing the waters of his comedic acting, where by AOD he had become a pro at it. It’s over the top and I don’t think I’d like the film as well with anybody else in the role.

I guess I probably saw AOD too much in my youth and I might not enjoy it as much as I used to, but it’s forever sewed into the fabric of my mind.

There was a point in my early 20s when I would take a dump on ROTJ, but the more Star Wars saturates the market, the more I appreciate Jedi. It certainly was a step down in quality from Empire, but there’s a lot about the film I really love. Star Wars is like ice cream, some folks like chocolate, some people like vanilla, some people are just happy to get ice cream…then there’s the crazy people who would eat crap on a cone and swear it’s awesome…

The Good, The Bad, and the Ugly
Army of Darkness
The Last Crusade (There’s 3 Indiana Jones movies, and that’s how I will always feel)
Return of the Jedi
Toy Story 3

Honorable Mentions: Return of the King…I just didn’t like this film as much as the others, maybe it’s because of the length, but maybe since seeing The Hobbit movies, I might be kinder to it.

It’s a shame Disney doesn’t do releases with Criterion Collection. I’m holding out hope that a decent mono version of the soundtrack is somewhere out there.

I would love to see what you could do with this film!

I feel like I’m in the minority, Solo was the only one this whole run that made me have some faith in the franchise surviving. It was fun and its own adventure. I had some issues with it, but honestly I thought it felt as close to the fun of the original films as you could get.

Rogue One was a bleak war film that had characters I didn’t care about.
The Last Jedi…I feel I’d break the server with all I have to say about it.
The Force Awakens was a decent reboot, that was ruined by the aftertaste that was its sequel

I’m kind of back. Life has pulled me away a fair bit lately. I also decided that Star Wars and I should see other people for a while. 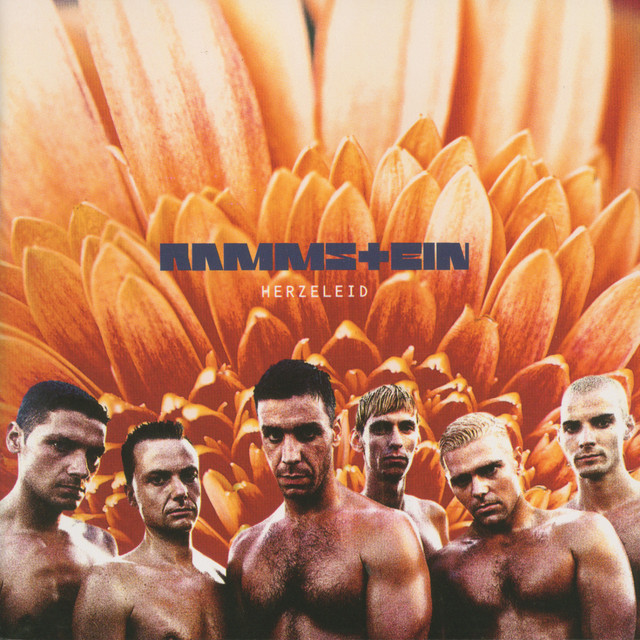 What a solid debut. Terrible album cover, though. While not as artistically impressive as later Rammstein albums, they give you all the ingredients you come to expect from them from the get go. It doesn’t have the symphonic quality of an album like Reise, Reise or the polish of Mutter, but it still finds a way to be operatic at times. Maybe not in sound, but thematically. The lyrics can be very disturbing at times, and comical. I think tongue is firmly planted in cheek with Lindemann’s words.

There’s a lot of tasty synth work in this album. Sounds ripped right from the game Doom at various points. Without the guitars, this is a respectful Deutsche club album.

The guitars are not something to drool over, as far as shredding and complex chord work, but they are so fitting for the material. Another impressive element is the bass guitar work. Ollie is allowed to shine in the mix, which is rare for anything metallic.

This film has never had good art. 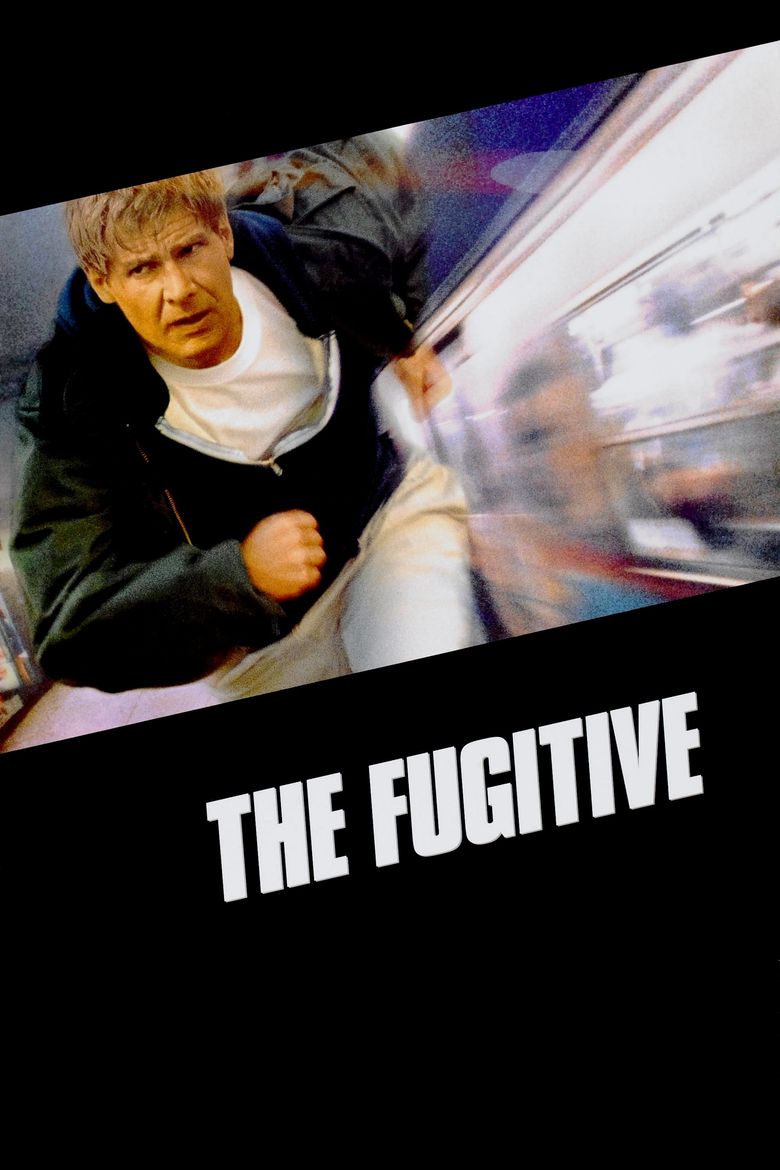 I suddenly feel the urge to make it a good poster. I always loved the movie, but they gave it a dumb cover.

Thanks, I really wanted it to have the look of the classic posters. Force Awakens and Rogue One got a lot of neat throwback style posters, but everything for Last Jedi was like gritty modern war picture posters. Fleming was the only one that gave it a proper classic style, but it clashed with the set. It’s also neat that every cover of my set is a poster from a different artist.

Honestly, the chunk of Rocky V I wanted to use was a very small amount. Unless the director’s cut has some hidden gold in there. I think I even plan to cut the scenes about Paulie screwing the Balboa’s over, and just keep Rocky’s financial struggles in the newspaper montage. Rocky’s in one of the top sports for athletes losing it all.

^Thanks!! That means a lot.

^I took this Hugh Fleming poster, and edited it to look like one of the 80s posters. 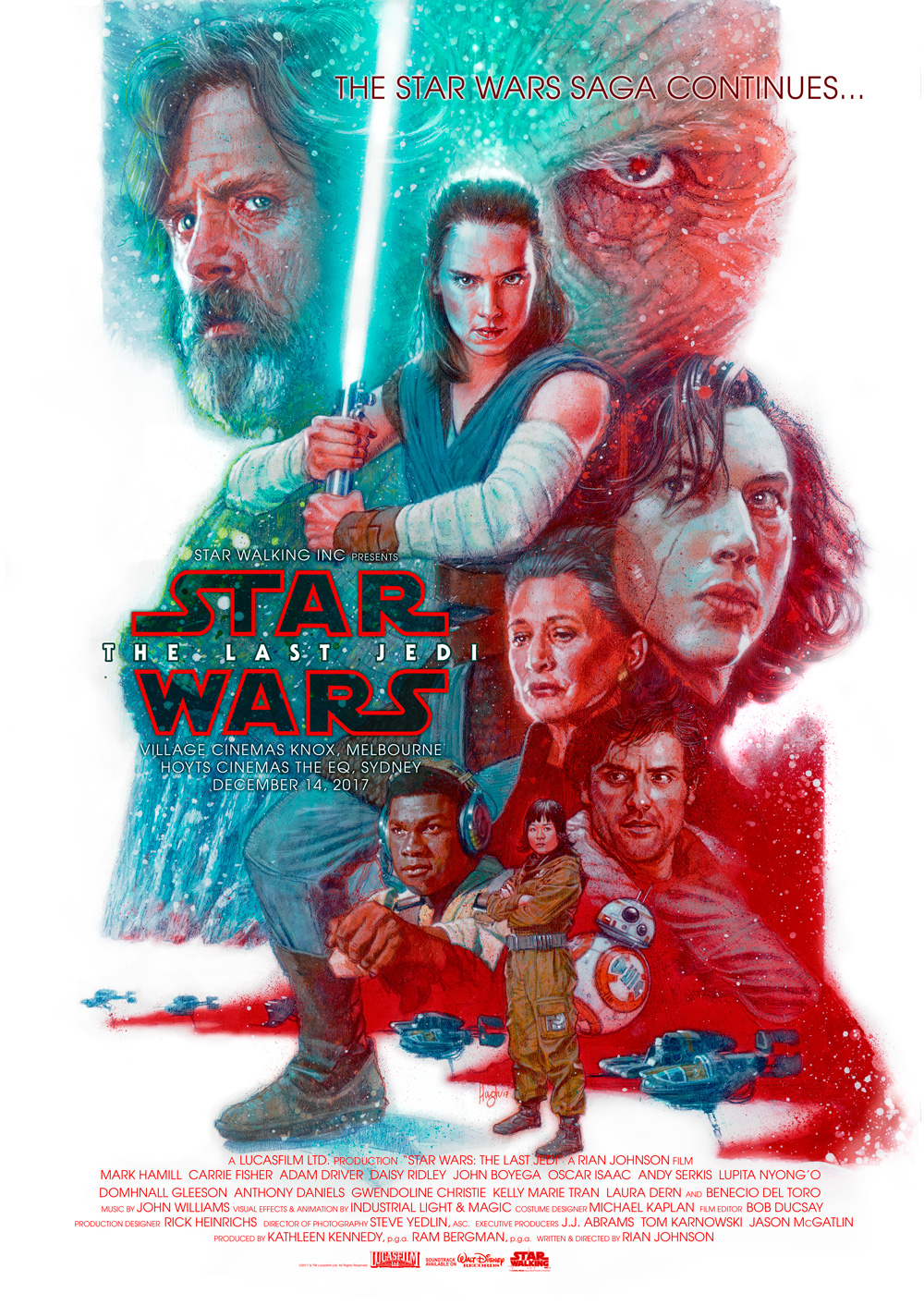 Well, it took about a hundred years, but here it is. My 1992 VHS esque DVD cover for The Last Jedi. Now I need about a week of sleep. Second viewing of the film, and I think I appreciated it even more. Just a well rounded film, and the biggest complaint many had was its length, but I think it was to its benefit. I’m intrigued by the possibility of future films, but I really don’t know how you could continue from there. It felt like a good close.